Accessibility links
Why The Abortion Rate In Pakistan Is One Of The World's Highest : Goats and Soda Family planning researchers point to a number of reasons. The procedure itself is legal in Pakistan — but only in limited circumstances. 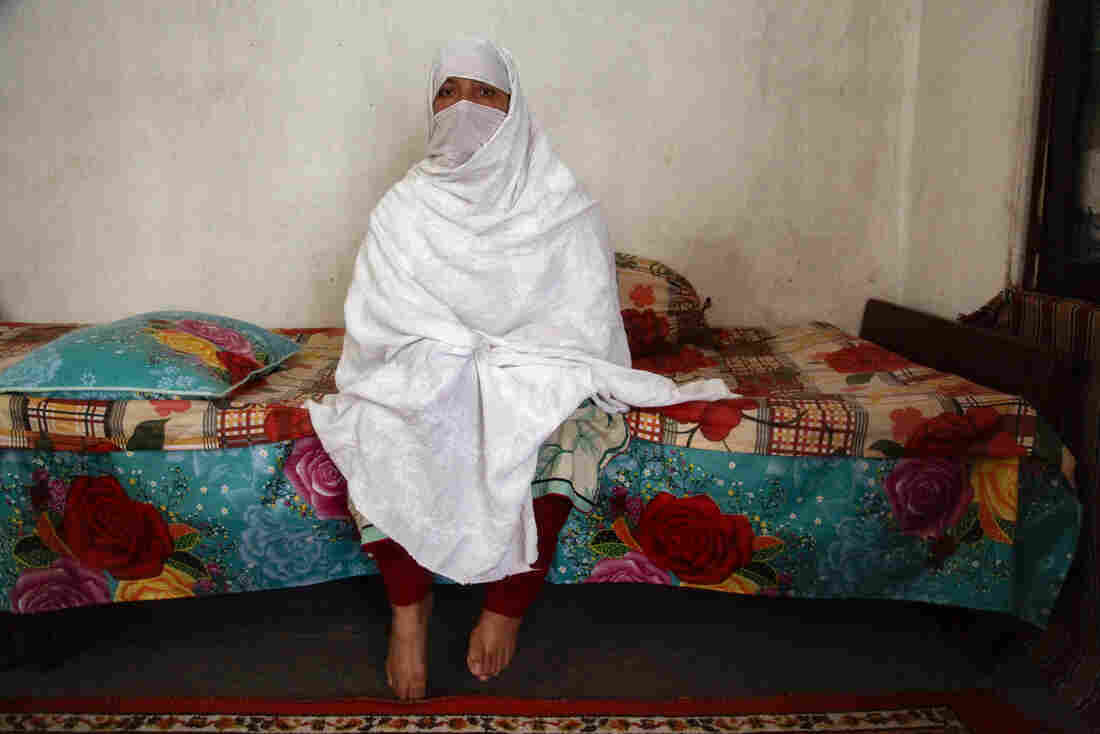 Mehnaz sits inside her home in Abbottabad, northern Pakistan. She has one son and six daughters. She has also had three abortions, fearing she would have more girls. Diaa Hadid/NPR hide caption 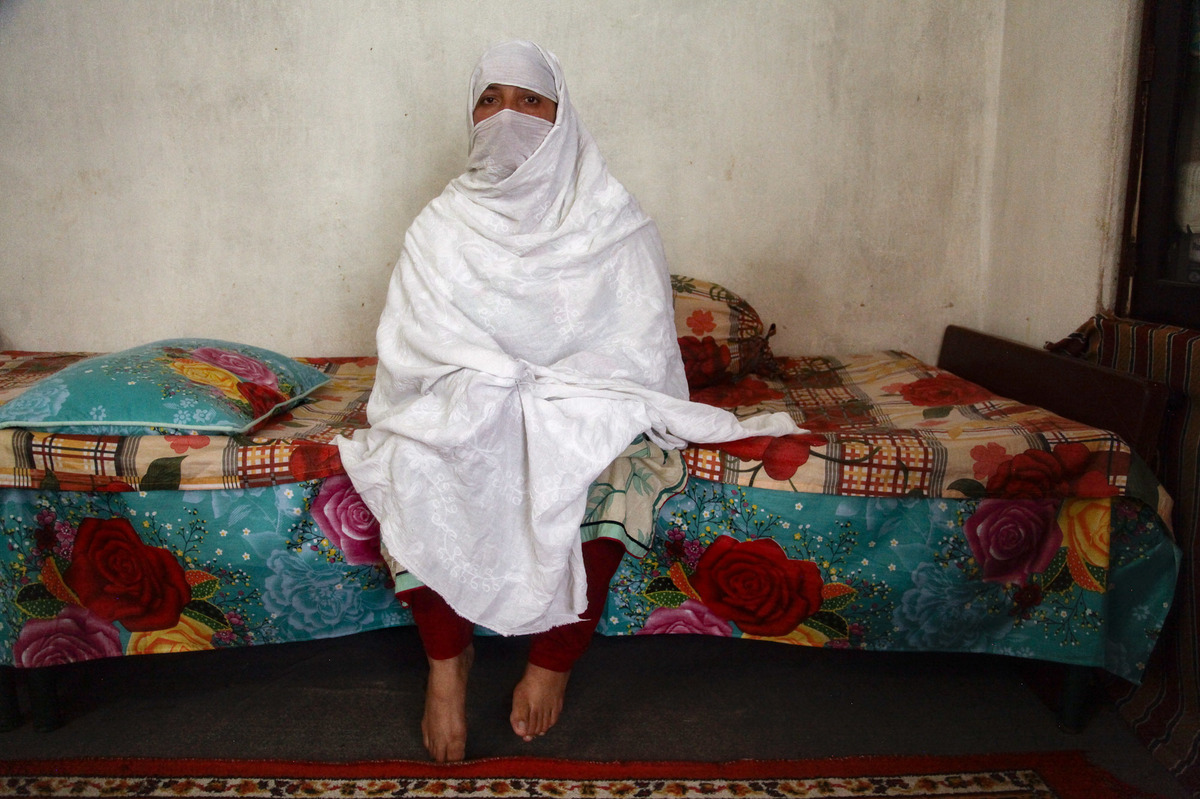 Mehnaz sits inside her home in Abbottabad, northern Pakistan. She has one son and six daughters. She has also had three abortions, fearing she would have more girls.

When at 19 Mehnaz became pregnant for the fifth time, she panicked. She already had four daughters, and her husband was threatening to throw her out if she had another. So she did what millions of Pakistani women do every year: She had an abortion.

Like many of those women, her abortion was partly self-administered. "I kept taking tablets — whatever I laid my hands on," she says. "I lifted heavy things" — like the furniture in her tiny living room. She drank brews of boiled dates — many Pakistanis believe the beverage triggers labor.

Mehnaz says she felt "a terrible pain in my stomach." Her husband took her to a midwife, who told him the baby was dead. "She gave me injections and it came out," Mehnaz says.

That was eight years ago. Since then she has had two more abortions, each time because she feared the baby would be a daughter.

Mehnaz, whose last name is being shielded to protect her identity, is one of millions of Pakistani women who have abortions each year. The deeply conservative Muslim country is estimated to have one of the highest rates of abortion in the world, based on a 2012 study by the New York-based Population Council, a nonprofit that advocates family planning. The rate that year was 50 abortions for every 1,000 women aged 15 to 44 — roughly four times higher than in the U.S.

According to family planning researchers, abortion provisions in the country's penal code are vague. The procedure is "legal only in very limited circumstances," notes the Guttmacher Institute.

The circumstances include a pregnancy that is dangerous to a woman's health — or if there is a "need" for abortion, according to Zeba Sathar, the Pakistan director of Population Council, and Xaher Gul, a Karachi-based public health policy expert and lecturer who advises nonprofits. But what constitutes a "need" is not defined, they say.

What's more, hospitals generally refuse to perform an abortion because most doctors believe it is illegal, Sathar and Gul say. Even when doctors know abortion is allowed in certain circumstances, they cite their own cultural beliefs to not undertake abortions except in urgent cases — for example, if a woman walks in with "an incomplete abortion," Gul says.

That has left Pakistani women at the mercy of back-alley abortion providers.

Some of these women, like Mehnaz, will abort a fetus if they fear they are carrying a female child, who can be seen as an economic burden. But that's not the only reason.

Pakistani women largely seek abortions because they either don't know about contraception or cannot access reliable contraception — or they've stopped using contraception after suffering complications, Sathar says. According to her research, most of the women who seek abortions are married, poor and already have children. Only 30 percent of fertile-age women use modern contraceptives, according to a 2017 U.N. report.

"We found to our surprise that most of the women had more than three children, maybe as many as five," Sathar says. "They were almost all — 90 to 95 percent — married. They were older, so they tended to be poorer, less educated."

Family planning used to be the job of the federal government, but approval for a national policy languished for years.

In 2011, national authorities passed the matter to provincial governments. But at the provincial level, family planning is not part of the health ministry's portfolio. It is part of a different office and has long been neglected and underfunded, Khan says.

That means women aren't advised about contraception or supplied contraceptives when they are most amenable: after childbirth, receiving postnatal care or immunizing their babies, says Sathar of the Population Council. She described it as one of the chief "structural flaws of how we provide family planning."

The issues with family planning are partly why Pakistan has one of the world's fastest population growth rates, says demography expert Mehtab Karim, vice chancellor at Malir University of Science and Technology in Pakistan. That population boom has strained Pakistan's land and water resources, crowded its schools, outstripped development plans and may lead to more instability in this nuclear-armed state. "It has a tremendous impact," Karim says.

But changes may be coming. On July 4, Pakistan's Supreme Court demanded hearings into the country's family planning failures. A national policy may be put into action in the coming months, Khan says.

All this is too late for Mehnaz, who was married at 13 to her cousin in their tiny village and had four daughters in quick succession and seven children in all — six girls, one son. And three abortions. She is illiterate and said she didn't know anything about sex or contraception early in her marriage.

In a group interview with NPR, about a dozen midwives who also provide abortions said they would only help a woman who already appeared to be miscarrying — like Mehnaz, who induced her own abortion before seeking help. 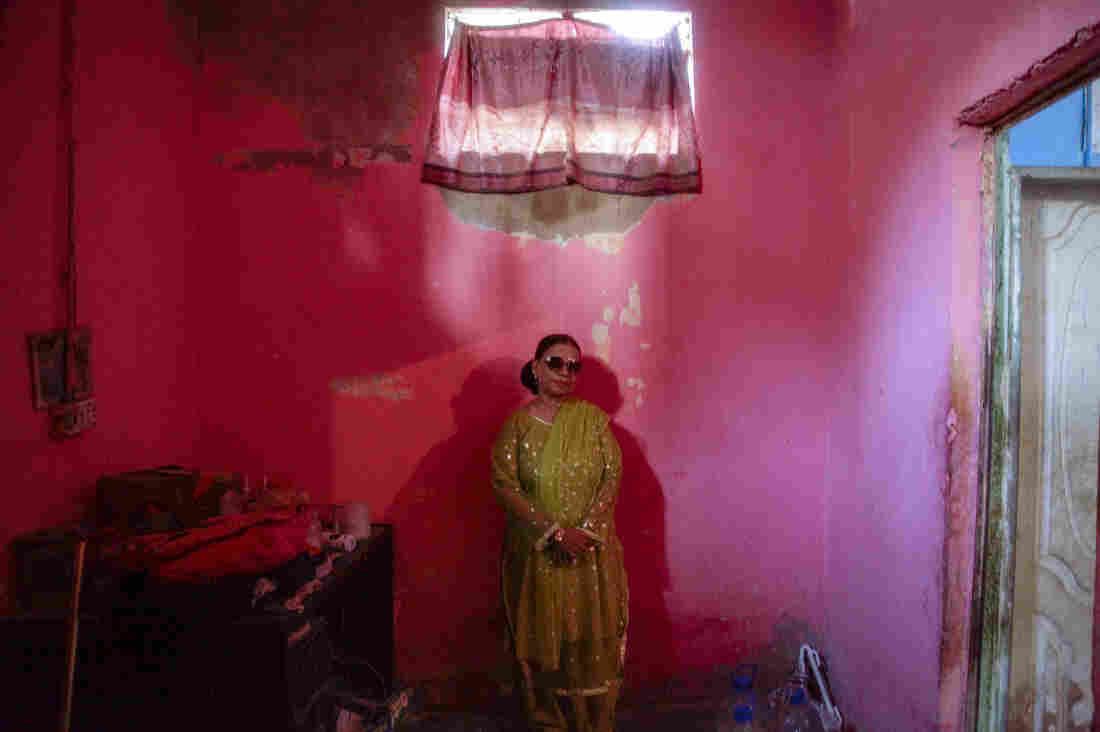 Mumtaz Begum, 60, stands in her clinic in Karachi, Pakistan. Begum says a midwife taught her how to induce abortions using medications freely available in Pakistan. Citing her religious faith, she says she would only help women who she believed were already miscarrying. Diaa Hadid/NPR hide caption 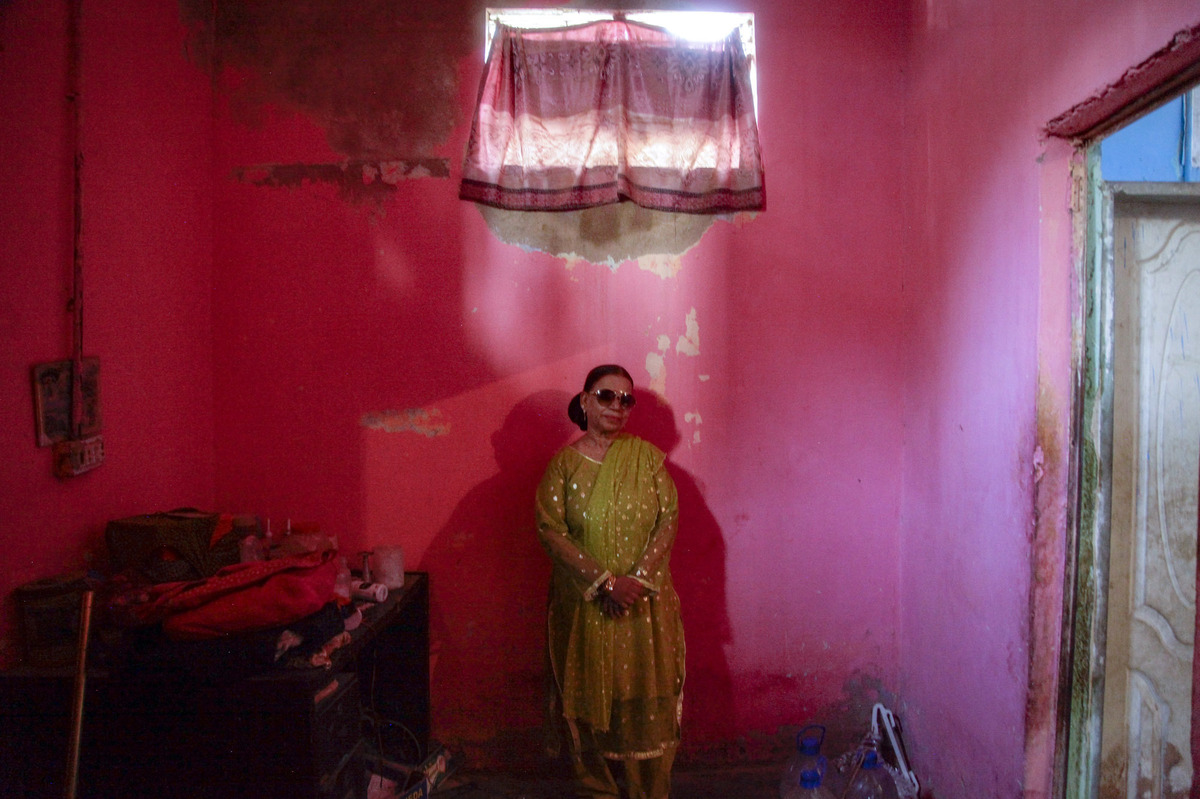 Mumtaz Begum, 60, stands in her clinic in Karachi, Pakistan. Begum says a midwife taught her how to induce abortions using medications freely available in Pakistan. Citing her religious faith, she says she would only help women who she believed were already miscarrying.

"I don't help with murder," says Mumtaz Begum, a 60-year-old who lives in a slum in the port city of Karachi. She has no medical qualifications but says a midwife taught her how to induce abortions decades ago, using medications freely available in Pakistan.

On a recent day, Begum showed NPR those pills and injections. They were clustered on a dusty table alongside religious texts and a bag of onions in a dank room with peeling paint. The gurney where she treated women was littered with clothing. "I wipe it down before women come in," she says.

Because many providers aren't properly qualified, researchers estimate about a third of all women who undertake abortions in Pakistan suffer complications, ranging from heavy bleeding to a perforated uterus and deadly infections.

Health workers do reach out to women to provide information about family planning. Some 130,000 women are employed by provincial health ministries to do house visits across the country, teaching about birth control.

But Gul says health workers are poorly trained and in short supply. Budgetary shortages, supply problems and corruption mean they often don't have contraceptives, or distribute expired contraceptives — and that there's little follow-up on how to use them.

Mehnaz was paid a visit by two such workers. She says they gave her an injection meant to prevent conception for three months. She became pregnant again anyway. As before, she tried taking pills to induce an abortion but says they made her sick so she stopped taking them.

Three years ago she had her seventh child, a girl. She then tried taking the pill, offered by the visiting health workers.

She says it made her dizzy and she stopped taking it.

She again became pregnant but miscarried — and pleaded with doctors to sterilize her.

She says they told her she had to wait until she was 40 — or get a permission slip from her husband. He refused: "He says he can't sign this, it's a sin."

She says he also refuses to use condoms or to stop having sex with her.

If she has another girl, her husband may well abandon her. If she tries to induce another abortion, her health could deteriorate.

With additional reporting by Saher Baloch in Karachi, Pakistan