Accessibility links
China And India Are Making The Earth Greener Via Agriculture And Tree Planting : Goats and Soda Satellite images show the amount of green vegetation on Earth increasing, despite deforestation. But some of the added greenery has a downside. 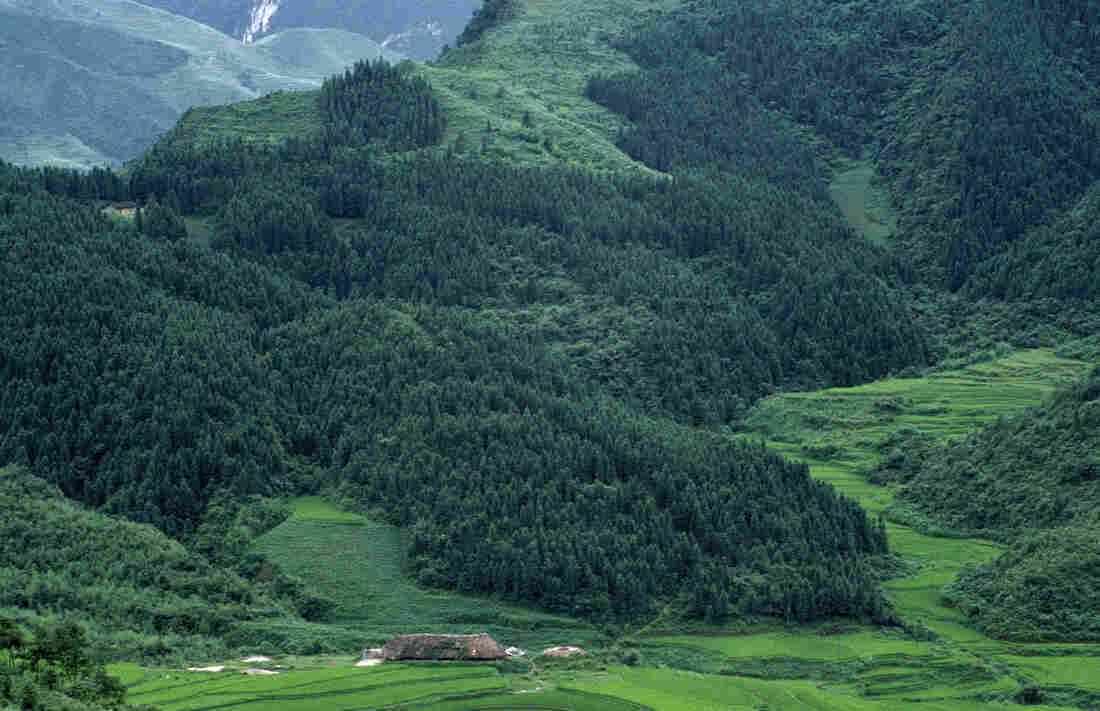 A landscape with a reforestation project in Gongxian County in Sichuan, China. Eye Ubiquitous/UIG via Getty Images hide caption 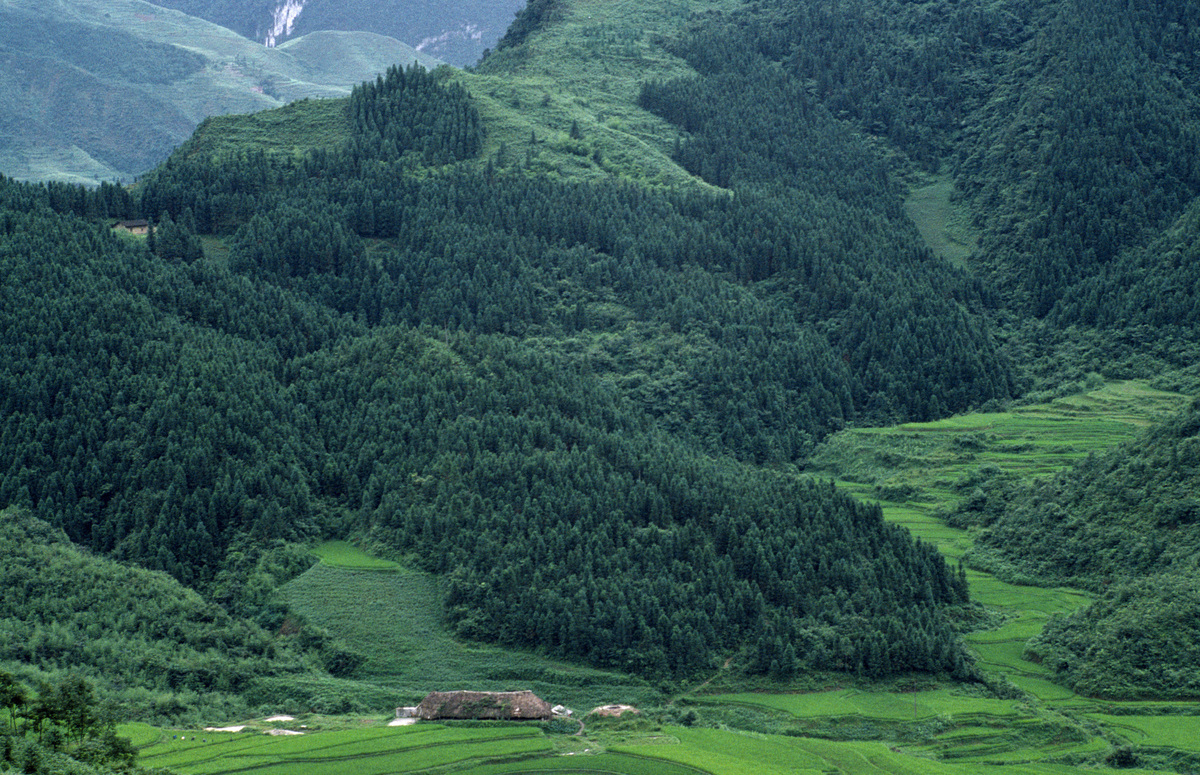 A landscape with a reforestation project in Gongxian County in Sichuan, China.

The world is getting greener.

That's according to Chi Chen, a doctoral student in the Department of Earth and Environment at Boston University. Chen has been mining data collected by an orbiting NASA camera that monitors green vegetation on Earth's surface, day by day.

This week, Chen and his colleagues published a new study showing that the amount of our planet's land surface covered by green leaves increased between 2000 and 2017.

The extent of the global greening is bigger than previously measured using other, less precise instruments. Even more interesting: Chen was able to pinpoint the causes of increasing — or decreasing — leaf cover in particular areas.

In some places, changes in leaf cover apparently resulted from weather and climate change. The growing season is getting longer in some temperate areas, and rising carbon dioxide levels may be producing bigger, leafier plants.

One large area of Brazil lost vegetation. "I personally checked the data, and that's because of drought," Chen says.

The most striking changes, though, were the result of human decisions in China and India. Both countries have been getting a lot greener.

Molly Brown, a geographer at the University of Maryland, has seen this greening up close. "These are really good examples of how policy can really make a difference," she says.

The greening of India, Brown says, comes from a huge expansion of irrigated agriculture: "Instead of having just crops when it's raining, they also have a whole six months of cropping and greenness when it's not raining."

This version of greening isn't really so great for the environment, though. The irrigation drains groundwater, vegetation is wiped away at harvest time and the extra fertilizer farmers use releases greenhouse gases.

In China, though, about half of the new leaf cover that Chen detected appears to be the result of a massive reforestation effort. It's a government-sponsored attempt to prevent catastrophic dust storms that resulted from earlier deforestation.

"They are really doing a good job," Brown says. They have a large and comprehensive program of tree growing, tree planting, tree maintenance."

Those trees likely will stay in place, capturing dust and also carbon dioxide, the greenhouse gas. They'll store that carbon in wood and roots and soil, doing their part to slow global warming.