Accessibility links
Sierra Leone's President Declared Rape A National Emergency. What Happens Now? : Goats and Soda Women's rights groups have welcomed the declaration, but are concerned whether the new policies can impact the lives of the country's women and girls. 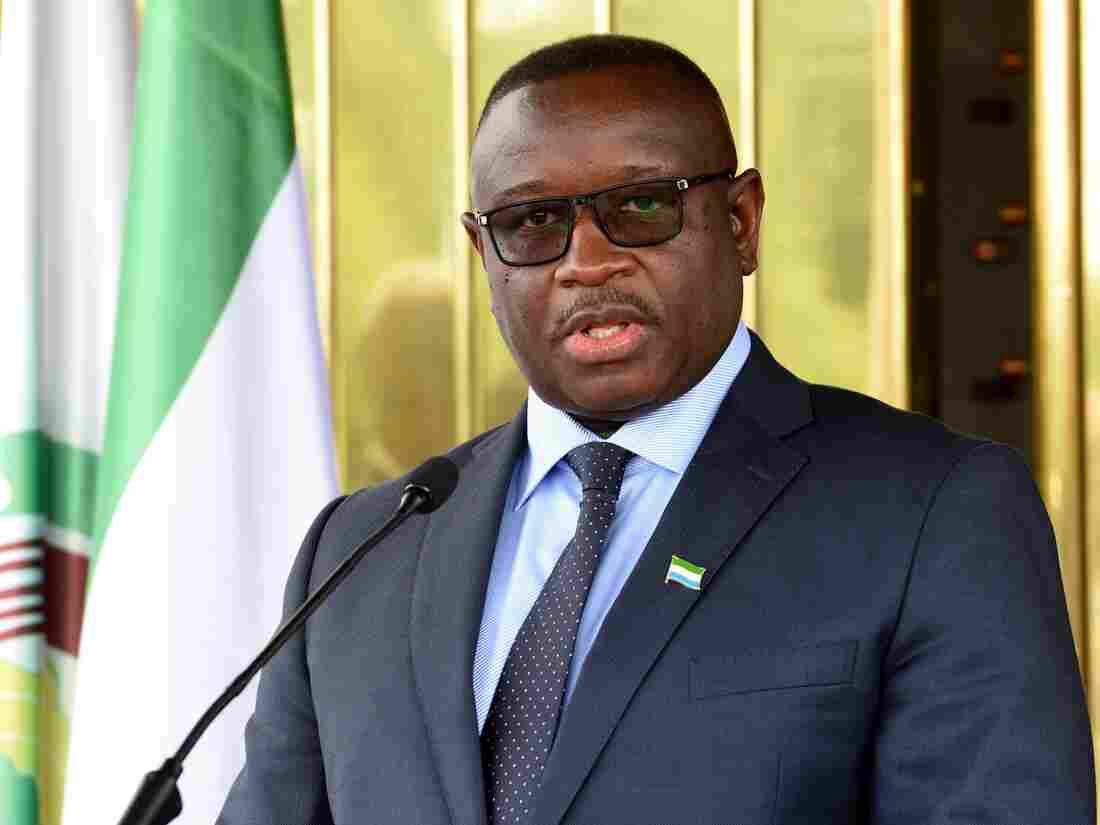 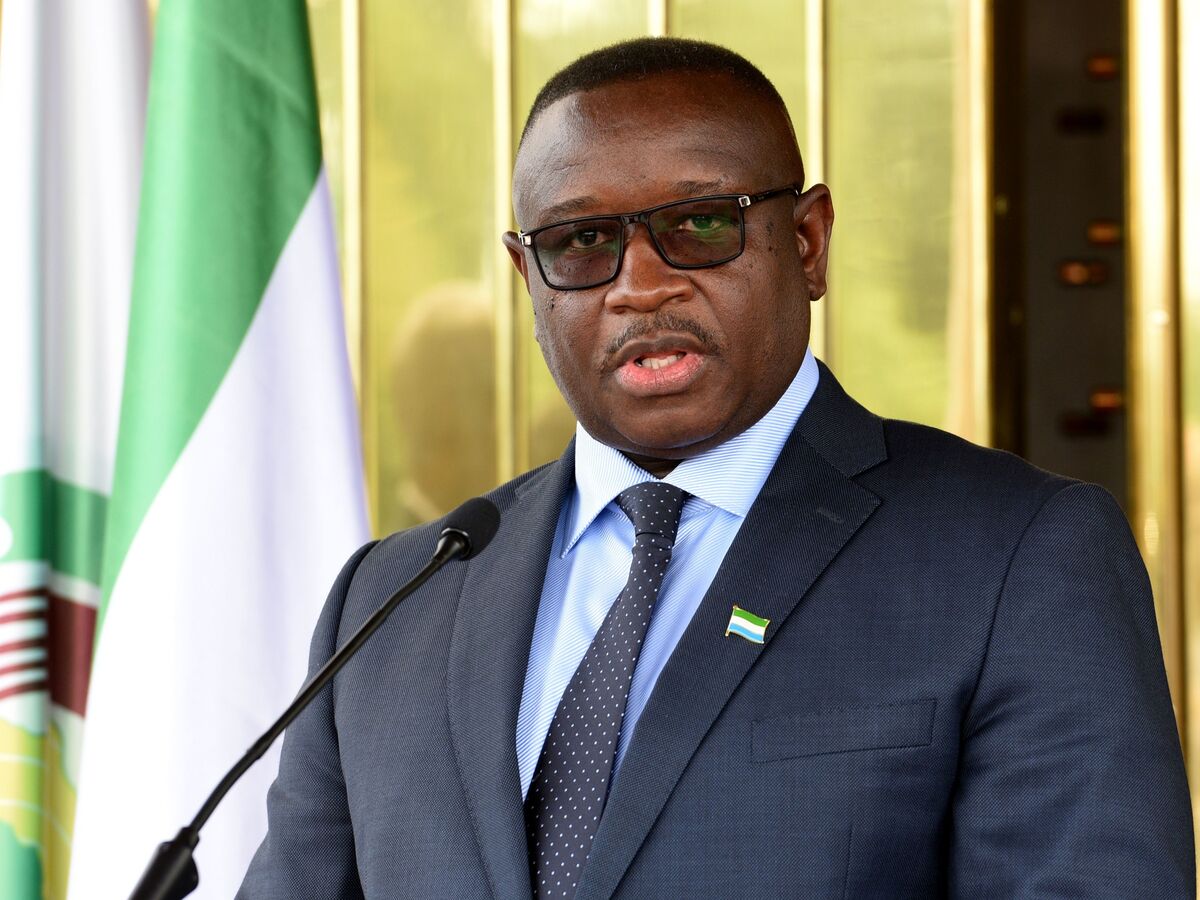 Rape and sexual violence in Sierra Leone are now a national emergency.

Sierra Leone's sexual violence statistics are harrowing. According to the country's police service, there were more than 8,500 reported case of sexual- and gender-based violence in 2018 — and a third of these involved a minor. But many activists, and the country's first lady, say the number of actual cases is likely much higher, as many instances go unreported.

In his announcement, the president noted that "each month, hundreds of cases of rape and sexual assault are reported" with "thousands more" going unreported. Some 70 percent of all survivors are under the age of 15, he said — a statistic that came from the Rainbo Center, a nonprofit that offers free health care and psychosocial services to sexual violence survivors.

Bio declared that, immediately, sex with a minor is "punishable by life imprisonment."

Break Rules, Clean Up Gutters: The To-Do List Of A Rookie Mayor In Sierra Leone

Women's rights groups have welcomed Bio's goals. But the question is whether the new policies he announced can spur the action necessary to tangibly impact the lives of the country's women and girls.

Making these goals a reality may be tough. While declaring a national emergency gives the president the ability to offer policy without asking for parliamentary approval, the plans lack necessary funding. The president still has not outlined how much the full package of services he's offered will cost — or where the money will come from.

And some of the country's other goals, such as delivering free health care to vulnerable sections of the population, have been hampered to funding shortages.

Some of the country's lawyers are encouraging the president to make amendments to law, rather than unilaterally announcing legal changes. In a written statement, the Sierra Leone Bar Association encouraged the "government to consider amending ... the Sexual Offences Act ... to ensure that there is no argument or debate about the punishment of life imprisonment." The association also encouraged other legal amendments, like banning child marriage.

According to Daniel Kettoh, executive director of Rainbo Center, of the 2,900 sexual violence cases that were reported to the center in 2018, only 1.3 percent were successfully prosecuted. Kettoh says there are more than 3,000 cases awaiting trial — and that it sometimes takes years for a woman to get a hearing.

Rebecca Wood, executive director of AdvocAid, a legal aid center for women, points out that there are already services in Sierra Leone, such as the Family Support Unit, that are meant to offer special protection to women — but that are not fully implemented. Wood says there are cases of women seeking police support in domestic violence cases who are not believed. And she reiterates that some see significant delays in their cases — and can wait for years for a trial.

"We're living in a highly patriarchal society where women have little power and are deeply unequal." Wood says. "Being treated equally by the police and the criminal justice system ... will take a significant shift in attitudes."

When asked how the president will ensure that the proposed changes are enforced, Fatima Maada Bio, Sierra Leone's first lady, said: "The president has spoken. When he said this is the way we're going, there's nobody in this country that can reverse that. Not possible."

Gender equality has become an increasingly important issue within Sierra Leone following a wave of violent cases of sexual assault that captured national attention. In 2015, a woman's body was found on the beach after she was raped and murdered. Hundreds of women, wearing black shirts, marched in response. Sierra Leoneans donned black again three years later when a 5-year-old girl was raped by a relative and left paralyzed. Armed with data they had collected showing that sexual violence was on the rise, the Rainbo Center and other organizations asked Bio to take action.

Fatima Maada Bio says that her husband was prompted to take rape seriously when he heard on the radio a report of a 3-month-old child who was raped and then died within weeks of him taking office. "He knew he could not stay silent anymore," she says. The president referenced the three-month-old child when making the announcement, calling sexual violence a "despicable" crime.

"It is symbolic on so many levels because it has never been done before, and it is happening at a time when it feels like a new generation of young women are raising their voices to demand better."

But Wurie also notes a skepticism:

"For far too long we've been promised better access to education, to justice, to equality and then miserably failed. Not only by the state, but by ... social gatekeepers deeply entrenched and rooted in cultural social norms that relegate women and girls to the margins."

She says that while the focus on minors is important, "violence and abuse has no age limit," and that addressing legal changes "is not enough. We have to address our culture of violence."

A group of more than 20 organizations, including the Rainbo Center, issued a written statement in response to Bio's announcement. Before thanking the president, they thanked "tireless survivors, leaders, a good number of unsung heroes and activists ... who have been working ... without recognition." They warned that "without tangible changes/reforms ... this important opportunity could be lost."

Among other demands, they called for a broad definition of sexual violence not limited to minors — and a survivor fund for women and girls.

Fatima Maada Bio told NPR the president's announcement was needed because women are "the weaker sex. We are the most deprived ones, when it comes to education, when it comes to jobs, absolutely everything." She pointed out that women make up a majority of the population, and that Bio wants "women to come forward and ... be part of national development."

According to the 2015 national census, women make up 51 percent of the country's just over 7 million people. The first lady sees her husband's declaration as part of a change in Sierra Leone:

"Now, women are silenced, women are obedient, women are doing just what they are told to do, but I believe in the next five to 10 years, a lot of women will know their rights, and I don't think they're just going to sit by and allow anybody do as they please."

Fatima Bangura, a street seller in Freetown, the country's capital, offers a similar sentiment: "Life isn't easy here for a woman ... if you misbehave, some husbands might punish you, hit you, use abusive language. If the president wants to outlaw gender violence, I'm happy about that."

Mara Kardas-Nelson is a freelance journalist reporting on health, international development, politics and the environment. She is based in Berkeley, Calif. Follow her @marajennkn

Cooper Inveen is a freelance journalist based in Sierra Leone. Follow him at @cinveen