Accessibility links
Why An Imam From A Major Muslim University Issued A Fatwa Against Child Marriage : Goats and Soda It happened in Senegal last week, at a conference organized by young Africans to address the issues of child marriage and female genital mutilation. Here's the story behind the fatwa.

How A Former Child Bride Got A Fatwa Against Child Marriage

How A Former Child Bride Got A Fatwa Against Child Marriage 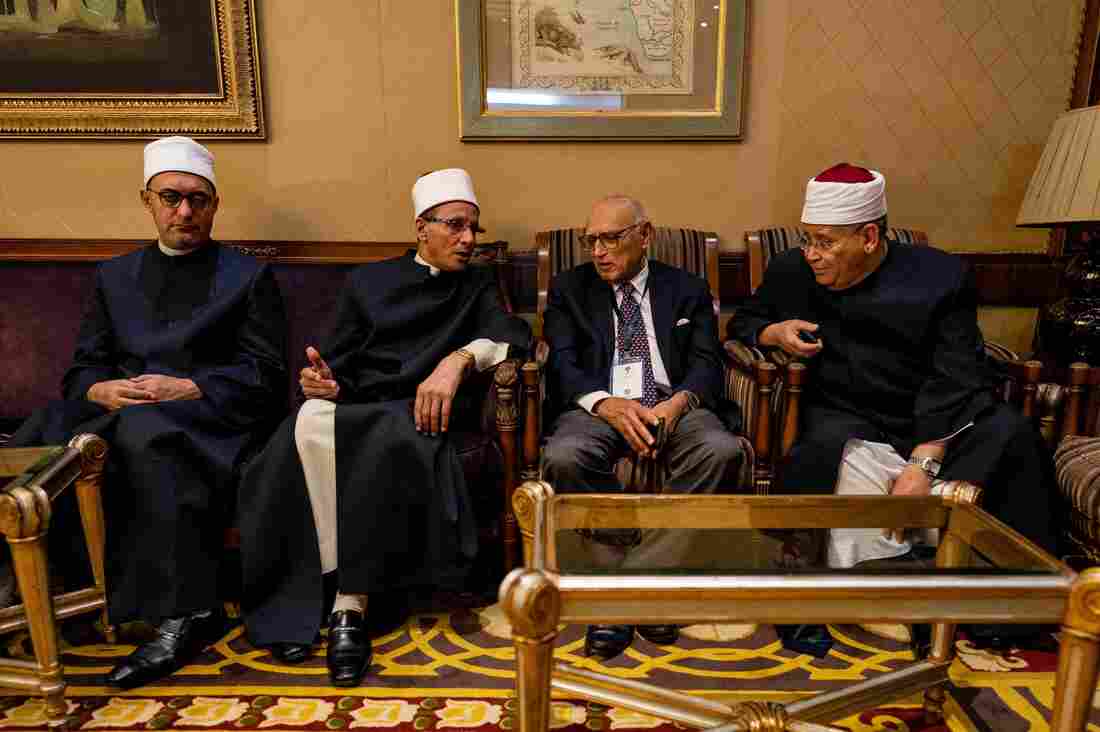 Saleh Abbas, deputy grand imam of Egypt's Al-Azhar University, is second from the left in this photo of members of the university delegation to the African Summit on Female Genital Mutilation and Child Marriages. Louis Leeson hide caption 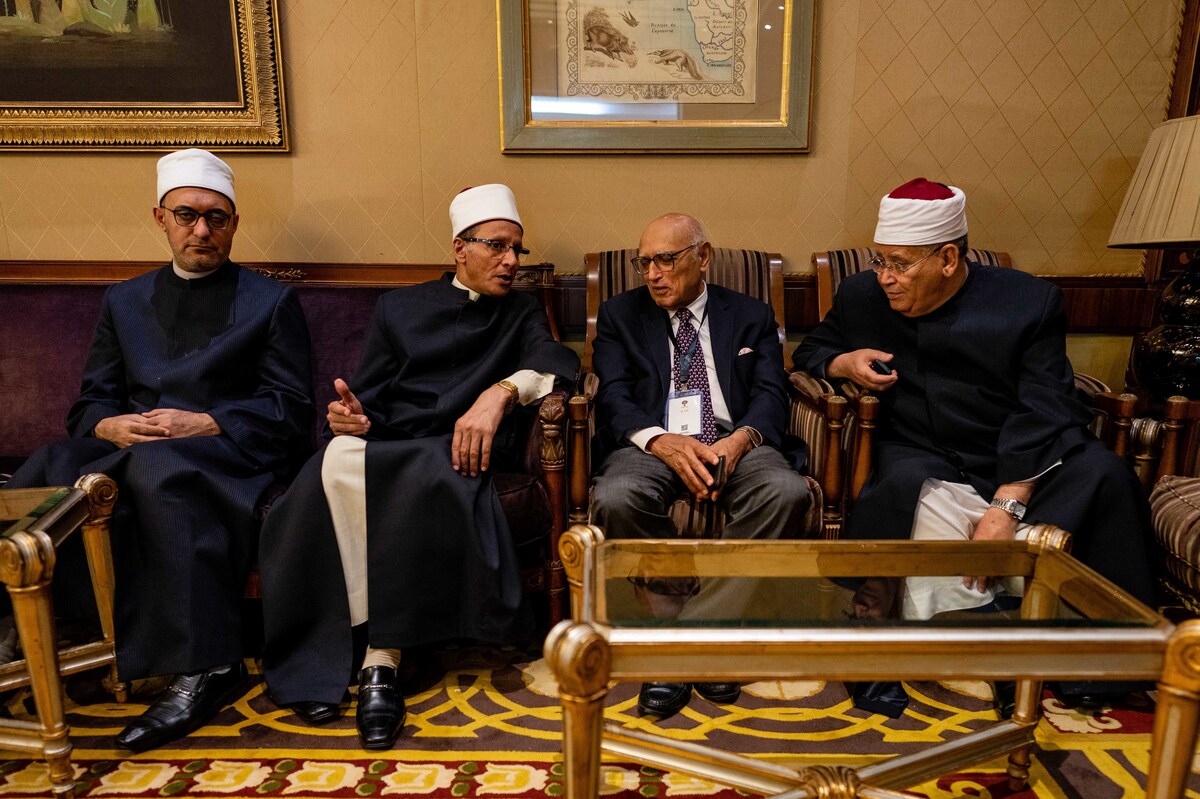 Saleh Abbas, deputy grand imam of Egypt's Al-Azhar University, is second from the left in this photo of members of the university delegation to the African Summit on Female Genital Mutilation and Child Marriages.

Jaha Dukureh was having breakfast with her friends when the idea came to her. She wanted Muslim clerics to deliver a fatwa against child marriage – a religious opinion issued by one or more Islamic legal scholars.

It was June 18, the last day of the African Summit on Female Genital Mutilation and Child Marriages in Dakar, Senegal. Dukureh, a Gambian women's rights activist and founder of the nonprofit Safe Hands for Girls, was the chief organizer of the event.

It was a challenge to get the summit off the ground.

"We didn't have a lot of resources to pull this together. Everywhere we looked for money for the summit, we had a lot of people tell us no," Dukureh says. But she felt the conference was important: Nearly 800 million people alive today were married as children, according to UNICEF. Even though child marriage is against the law in most countries and considered a human rights violation by the United Nations, many communities still consider it a part of religious or cultural tradition.

At her early morning breakfast, Dukureh knew that her hard work had paid off. Hundreds of people attended the three-day event, including Phumzile Mlambo-Ngcuka, executive director of U.N. Women, who had called for an end to child marriage and female genital mutilation at the opening plenary.

In addition, numerous Islamic leaders attended and spoke out to condemn child marriage. And that's significant, Dukureh says. Even though Muslim leaders across the world have tried to end the practice, a number of Muslim-majority countries have relatively high rates of child marriage (as do other nations). And even in countries where the practice is banned, the government may make exceptions for "special cases."

Other fatwas have been issued against child marriage.

"This is not the first time in Islamic history," says Salma Waheedi, associate director at the Program on Law and Society in the Muslim World at Harvard University.

But Dukureh hoped to bolster the message by obtaining a fatwa from a delegation of five imams at the conference, including Saleh Abbas, deputy grand imam of Egypt's prominent Al-Azhar University.

Such a fatwa would be "unique because the fatwa is coming from a major institution like Al-Azhar, which carries a lot of weight in the Islamic world," says Waheedi.

It would not bring immediate change. A fatwa is non-binding, which means imams cannot enforce it in communities. But throughout history fatwas have been issued with an eye toward guiding Islamic law and civic life.

At breakfast last Wednesday, Dukureh excused herself and found two of her associates at the summit: Aya Chebbi, a youth envoy for the African Union, and Abdalaziz Al Hamza, a Syrian journalist. "I told them, let's go to the imams [Muslim religious leaders] and see if that's something we could push."

The delegation of imams agreed that a fatwa was warranted. Over the next four hours, they worked with Dukureh and her associates — all of them young advocates for women's empowerment — to write the text of the fatwa and translate it from Arabic to English and French. They pushed the conference's closing ceremony from 9 a.m. to 1 p.m. That's when Abbas announced the fatwa against child marriage to the conference attendees. 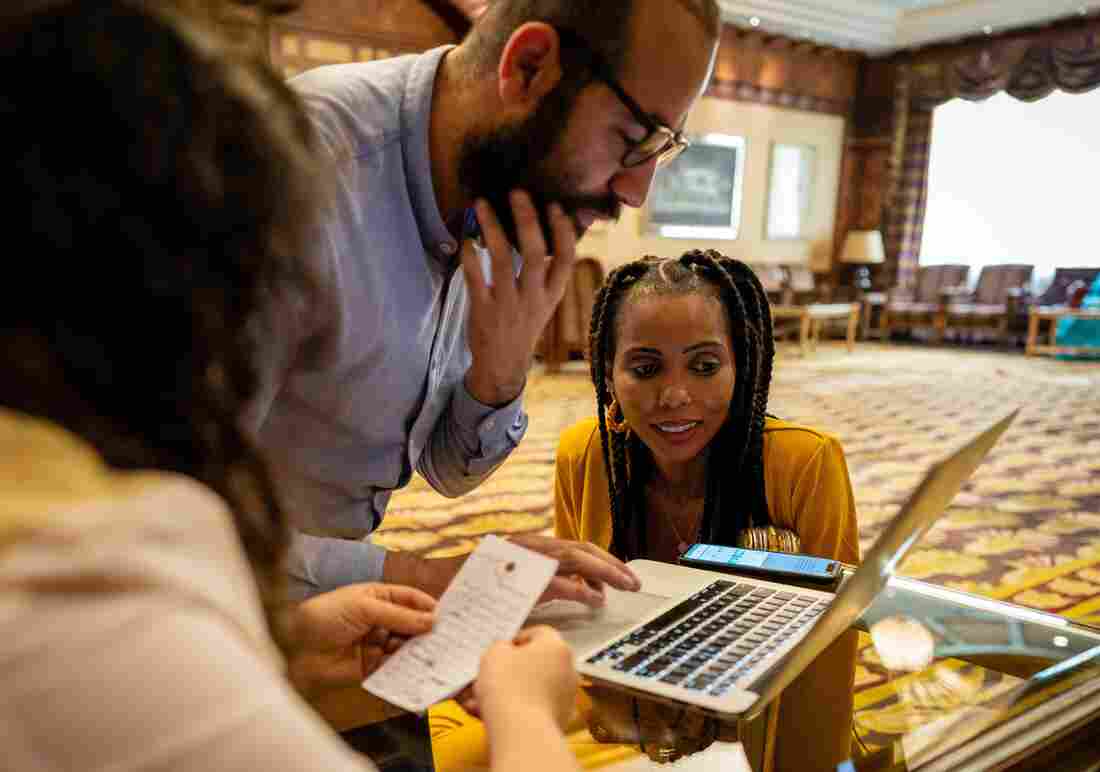 A draft of the fatwa against child marriage is written on this hotel notepad. From left, African Union envoy Aya Chebbi, Syrian journalist Abdalaziz Alhamza and Gambian activist Jaha Dukureh. They worked on the fatwa with a delegation of imams from Al-Azhar University. Louis Leeson hide caption 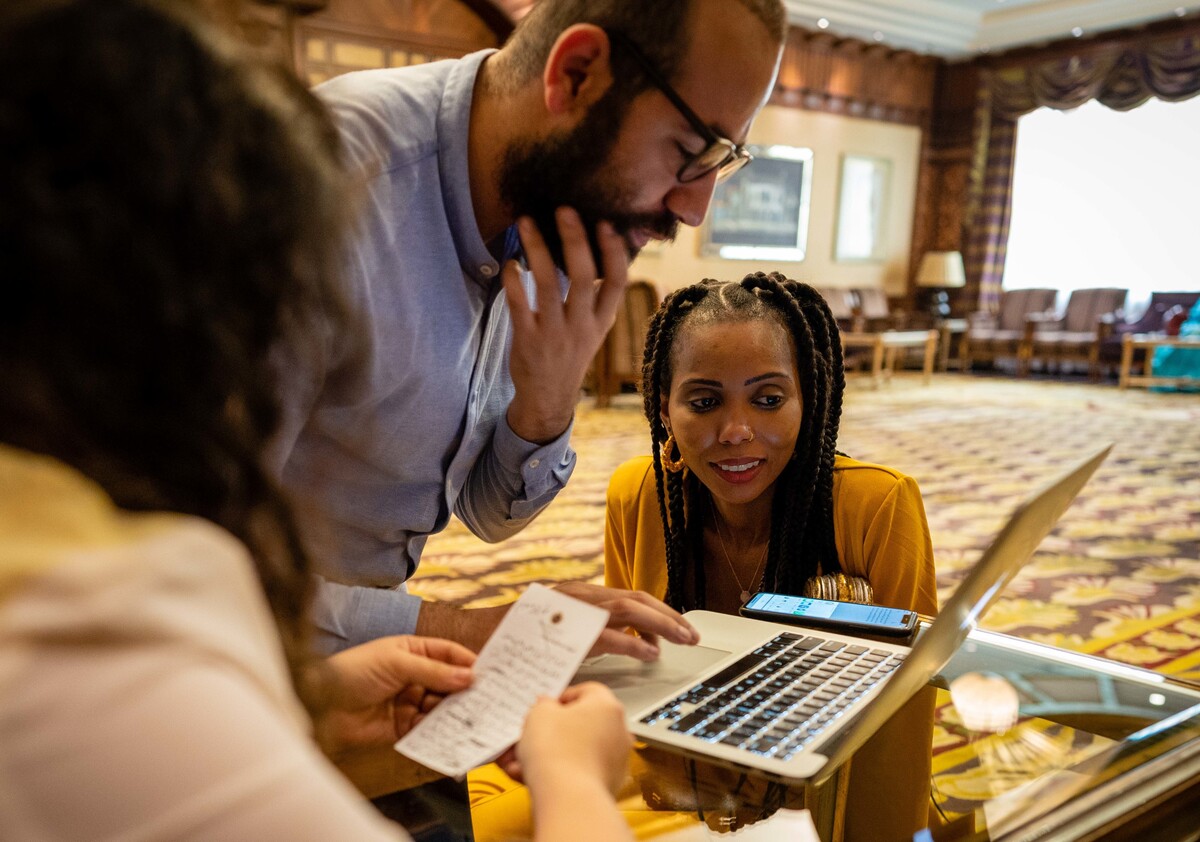 A draft of the fatwa against child marriage is written on this hotel notepad. From left, African Union envoy Aya Chebbi, Syrian journalist Abdalaziz Alhamza and Gambian activist Jaha Dukureh. They worked on the fatwa with a delegation of imams from Al-Azhar University.

"Marriage in Islam is based on the consent of both parties, particularly the young woman," the fatwa begins. "The age of 18 marks the stage at which a woman can validly express her will to marry." Eighteen is the age considered acceptable for marriage according to the U.N.

The fatwa further notes that child marriage cuts short a girl's childhood and can prevent her from pursuing an education. (To read the full text, click here.)

Watching the imam announce the fatwa was "a lovely thing," says Nimco Ali, who has worked with Dukureh for years and is co-founder of the Five Foundation, which partners with Dukureh's organization and aims to end FGM.

Ali hopes that the fatwa could have an impact on Islamic countries with high rates of child marriage. But, she notes, the work is far from over.

Now that the fatwa has been covered by online media, the challenge is to spread the word about it "on the ground," she says. For instance, in northern Kenya, which is heavily Muslim, "where [child marriage] is massive, this fatwa would have a massive impact. But it has to be local people delivering [the message] to their communities and delivering in their language."

Keith West and Alain Labrique, professors at Johns Hopkins Bloomberg School of Public Health who work on child marriage and associated health issues in Bangladesh, agree that the fatwa's effect could be substantial.

But since a fatwa is non-binding, there's no way to predict its impact, particularly in conservative communities. "You can't change cultural practices overnight," he says.

Dukureh is determined to keep working for change. To her, child marriage is not just an issue. It's part of her personal history. Her family married her off as a child twice, first at 15 and then, after a divorce, at 17.

He even attended the summit. After the fatwa was announced, she spoke to him. "I think my dad is the proudest person alive," she says.

Susie Neilson is an intern on NPR's Science Desk. Find her on Twitter at @susieneilson.