Accessibility links
Global Health Risks For Summer Travelers In 2019: From Rubella To Yellow Fever : Goats and Soda From measles to yellow fever to just plain heat, there are lots of risks for tourists. Here's how to take stock of your vacation destination.

Disease Watch: What Global Travelers Should Know In Summer 2019

Disease Watch: What Global Travelers Should Know In Summer 2019 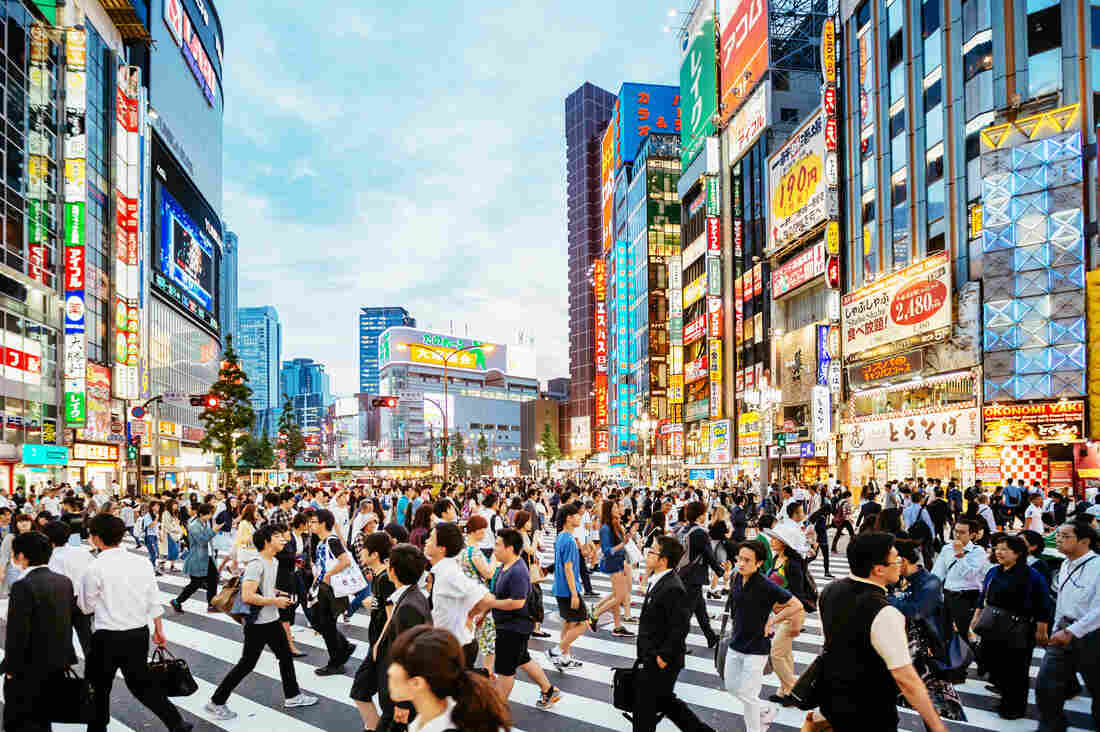 A popular crosswalk in Shinjuku, Tokyo. Cases of rubella have been reported in Tokyo and other Japanese tourist destinations. TommL/Getty Images hide caption 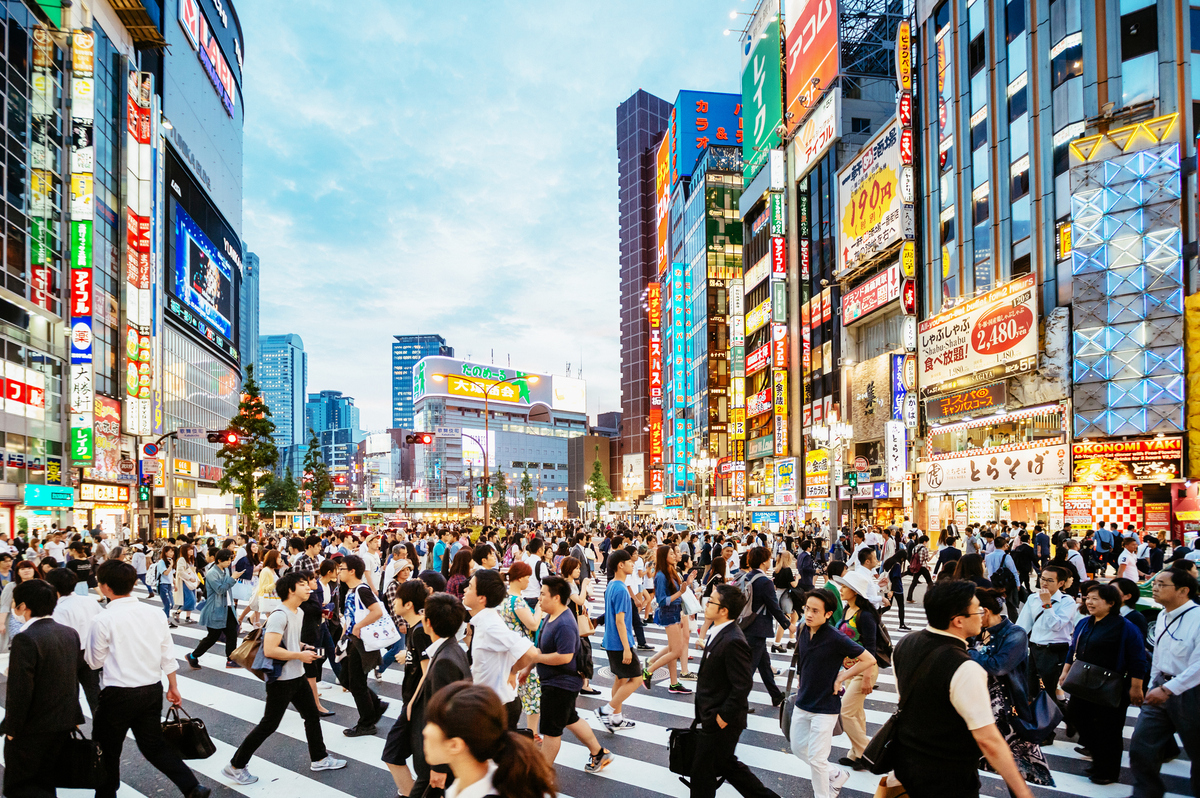 A popular crosswalk in Shinjuku, Tokyo. Cases of rubella have been reported in Tokyo and other Japanese tourist destinations.

The Dominican Republic's reputation for Instagrammable beaches and bargain all-inclusive resorts is being eclipsed by reports of tourist deaths. At least eight Americans have died on the Caribbean island this year, including one just this week. The FBI is helping authorities in the country investigate three of the deaths.

Some nervous tourists are nixing the destination. But as yet, no warnings have been issued by the U.S. State Department or the Centers for Disease Control and Prevention.

Meanwhile, according to the CDC, perhaps the biggest risk facing travelers everywhere is ... traffic: "Motor vehicle crashes are the leading cause of preventable death among travelers."

But every year, there are specific health concerns in some tourist destinations. Checking the CDC's Travel Health Notices and the World Health Organization's Disease Outbreak News database gives you an overview of the global health problems this summer.

These sites aren't specifically aimed at tourists. Included are countries that aren't typical vacation destinations, like Democratic Republic of Congo (where there's an Ebola virus warning) and Cameroon (where you'll find a polio outbreak).

We interviewed doctors who specialize in international travel to get their take on health concerns for this summer's travelers.

Measles is a highly contagious disease that can cause debilitating or fatal complications, including encephalitis, severe diarrhea and dehydration, pneumonia, ear infections and permanent vision loss. It is also on the rise globally, according to WHO, with outbreaks in countries that travelers might be visiting, like Brazil and India, and smaller flare-ups in such tourist destinations as France, Israel and Italy. The CDC offers this advice to international travelers: "You should plan to be fully vaccinated [against measles] at least two weeks before you depart. If your trip is less than two weeks away and you're not protected against measles, you should still get a dose of MMR (measles-mumps-rubella) vaccine. Two doses provide 97% protection against measles; one dose provides 93% protection."

Rubella, also known as German measles, is a virus that causes a low-grade fever, sore throat and a rash that starts on the face and spreads to the rest of your body. For adults and children the symptoms are considered mild, but if a pregnant woman contracts rubella, the fetus is at risk of birth defects. The outbreak in Japan is generally confined to Tokyo, Kanagawa, Chiba and Saitama, according to the CDC. Rajiv Narula, a travel-medicine expert and internal medicine physician at MidHudson Regional Hospital, recommends an MMR IgG test for women who are pregnant or considering pregnancy to see whether they have protective antibodies. Even someone who was previously vaccinated may need a booster shot, Narula says.

Spread by mosquitoes, this tropical illness has been a recurrent problem in several states, including Rio de Janeiro and São Paolo, according to the CDC.

Yellow fever can cause everything from fever with aches and pains to severe liver disease with bleeding and jaundice. In early 2018, a case of yellow fever was reported in an unvaccinated Dutch traveler who had stayed near the São Paulo metropolitan region, according to WHO. Since then, there have been reports of other unvaccinated travelers to Brazil who contracted yellow fever; many of them were infected on the island of Ilha Grande. Several of these travelers died, WHO reports. Health experts recommend a yellow fever vaccination at least 10 days prior to departure. And whenever you travel to a country where mosquito-borne diseases occur, anti-mosquito measures are advisable.

Officials in Papua, Indonesia's easternmost province, have reported a polio outbreak caused by vaccine-derived poliovirus. CDC recommends that even adults who were vaccinated as a child "receive a single lifetime booster dose of polio vaccine" before traveling to the country.

Leptospirosis is a bacterial disease that can lead to kidney damage, meningitis, liver failure, respiratory distress and even death. The outbreak is confined to northern Israel. The CDC says travelers at highest risk are those exposed to contaminated fresh water during activities such as swimming, wading, kayaking or rafting. "The water gets contaminated by urine from animals who have the illness," explains Carolyn Fernandes, an infectious disease physician at the University of Pittsburgh Schools of the Health Sciences Travel Clinic. "There is a way to prevent development of disease if one has to engage in these activities, such as by taking a preventative antibiotic called doxycycline. There is currently no vaccine to prevent leptospirosis."

Heat waves in India and in Europe have broken records and claimed lives.

"Don't just pay attention to the warnings about disease outbreaks," says Robert Salata, chairman of medicine and an infectious disease expert at University Hospitals Cleveland Medical Center. "Review any notices related to ongoing violence or natural disasters." Those can exacerbate a health problem at your destination by making it more difficult to obtain care.

M. Rizwan Sohail, a professor of medicine and an expert on infectious diseases at the Mayo Clinic College of Medicine and Science, advises: "Travelers with preexisting medical conditions should get travel health insurance, take their medications with them and seek emergency care if they develop new symptoms. Those with heart conditions should probably see their doctor before traveling abroad to make sure they are fit to travel."

Above all, keep a sense of perspective, health specialists say. "In general there are more chances to get a common respiratory virus when traveling overseas in the summer than any other infectious disease," says Luis Marcos, an associate professor of clinical medicine at Stony Brook Medicine's division of infectious diseases.

Christopher Elliott is the founder of Elliott Advocacy, a nonprofit organization that helps consumers solve their problems. Email him with your questions at chris@elliott.org.

A previous version of this post incorrectly stated that a booster is recommended if it has been a decade since a previous vaccination for yellow fever. In fact, the booster shot is no longer considered necessary, according to WHO.