Accessibility links
Drugs May Not Be Affordable For Everyone When A Poor Country Gets Richer : Goats and Soda A new study finds that as poor countries become wealthier, it becomes harder for citizens to purchase basic medicines at affordable prices. 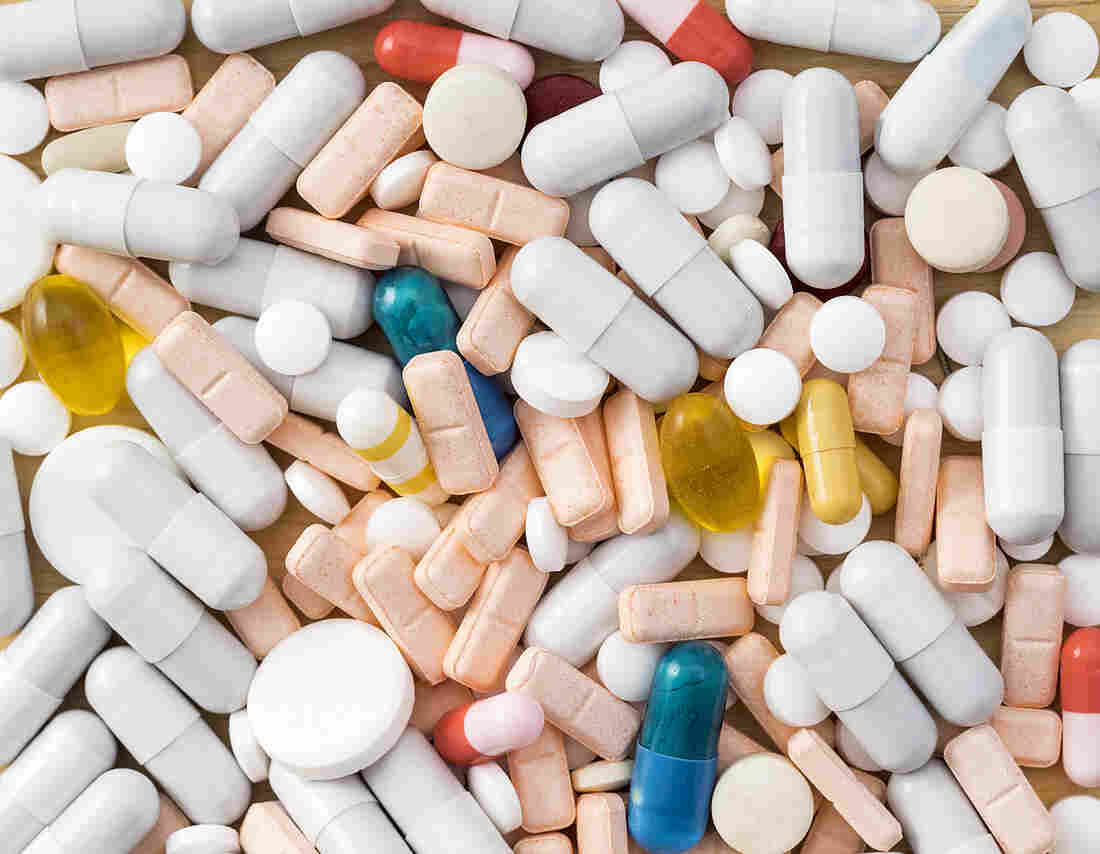 A new study finds that drug prices can vary dramatically in the developing world, especially as a country moves up the economic ladder. Jose A. Bernat Bacete/Getty Images hide caption 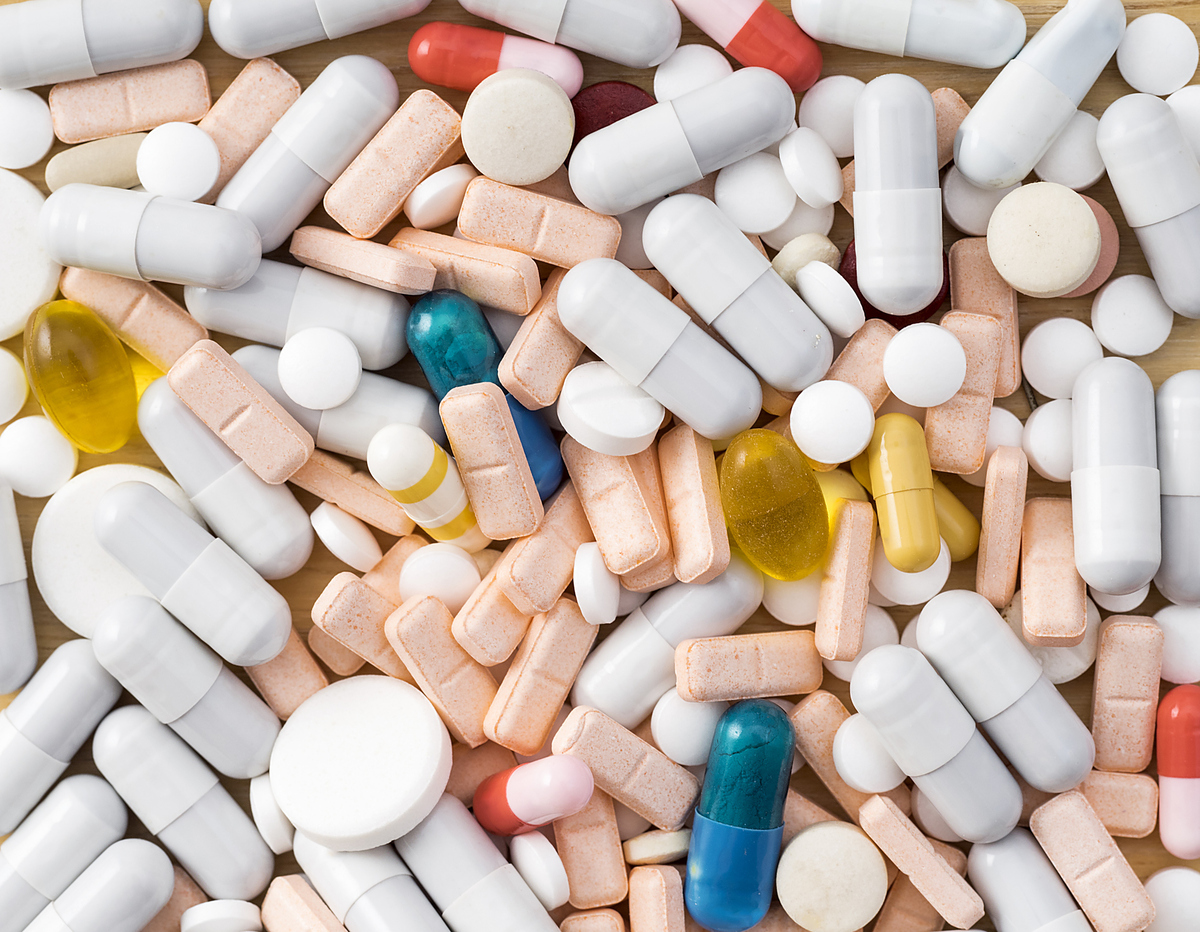 A new study finds that drug prices can vary dramatically in the developing world, especially as a country moves up the economic ladder.

When a poor country becomes wealthier, it's a good thing, right?

Not if the country is trying to buy essential medicines.

A new report, published by the Center for Global Development in June, finds that as countries move up the ladder of economic development, it becomes harder for government agencies, hospitals and health care companies to buy drugs at reasonable prices.

The report compares the range of prices that seven low- and middle-income countries pay for 25 medicines, including acetaminophen for pain relief, bisoprolol to treat high blood pressure, insulin to treat diabetes and omeprazole to treat heartburn. And when the prices were compared, there was a huge discrepancy. Some countries pay 20 to 30 times as much as other countries for the same drugs.

So even though a country may be progressing up the economic ladder, the researchers say, there may not be affordable medicine for everyone.

The researchers studied the Philippines, Senegal, Serbia, South Africa, Tunisia and Zambia as well as the Indian state of Kerala. They selected these countries to see how drug pricing is affected as poor countries improve economically, say the researchers.

Although the source for the data, IMS Health Data, prohibits the researchers from disclosing the drug prices in each country, the price discrepancies send a clear message, say the researchers.

Why Astronomical Drug Prices Are Bad For Health — And Profits

The system in which countries procure its drugs is "hobbled by inefficiencies that leave some of the poorest countries paying some of the highest drug prices in the world," according to the report.

"There was some element of surprise that the [price discrepancies were] so high," says Prashant Yadav, a medicine supply chain researcher from Harvard Medical School and the Bill & Melinda Gates Foundation (a funder of NPR and this blog). Yadav did not work on the report.

A 2017 analysis from CGD found that in Ghana, for example, a commonly prescribed high-cholesterol medicine costs the government 11 cents per capsule – nearly double the U.K. National Health Service's listed price: 6 cents per capsule. If the price is adjusted for inflation, Ghana is actually paying 50 times more than the U.K.

High drug prices are a major factor in why at least one-third of the world population – primarily in developing countries – doesn't have regular access to medicines, according to the World Health Organization.

Here are three reasons, according to the report, why drugs can be so expensive in the developing world.

In the U.S. and other wealthy countries, consumers — and their insurance companies — commonly opt for unbranded generic medicines because they're cheaper and quality-assured. (Think ibuprofen instead of Advil or cetirizine instead of Zyrtec.)

According to the report, unbranded generics make up only 5 percent of all medicine consumption in the poorest countries in the world — even though they're cheaper. Familiar brands are purchased for an additional cost as a seal of quality, because many patients, health-care providers and even governments in poorer countries don't trust that unbranded drugs will work safely.

Their fear is not baseless: Studies have shown that quality control measures to verify the active ingredients in a drug are not always implemented or enforced in lower-income settings.

"I don't think people realize the extent to which the supply of these essential medicines are concentrated in a single supplier in many countries," says Amanda Glassman, executive vice president of CGD and one of the report's authors. And companies with no competition tend to hike up their prices "as much as the market will bear," she says.

For example, in the Philippines, 100 percent of antiparasitic medicines are sold by a single company as are 99 percent of contraceptives and hormone therapies in Zambia and more than 90 percent of cancer medicines in the Indian state of Kerala.

Most of these suppliers are local brands that face no competition – not because they hold exclusive rights to a patented drug formula but because the process for becoming a registered manufacturer in these countries can simply be onerous.

For each drug, a country's regulatory agency must review and approve a comprehensive report on the product. In developing countries, these agencies are often already under-resourced and ill-equipped to wade through a long, bureaucratic process each time a manufacturer wants to enter a generic drug market.

This type of monopoly environment means that a drug like imatinib (a cancer treatment), according to a 2015 study in the European Journal of Cancer, is being sold for more than $8,000 per patient a year in Brazil and $30,000 in South Africa. The drug costs less than $200 per patient per year to produce.

3. As countries become wealthier, they lose the benefits of donor assistance

According to the report, suppliers usually offer better prices for bulk orders of drugs. But many lower-income countries, states and counties are placing very small orders.

Glassman says sometimes it's because the market for health care in developing countries is small – when few people are receiving health services, only small quantities of drugs are being purchased. Other times, it's because the markets are fragmented. Each county or clinic is making small orders, instead of the entire country ordering for everyone.

Having small, fragmented markets hasn't been as big of a problem for low-income countries. International organizations that work to fight preventable disease — like UNICEF, the Clinton Foundation and The Global Fund to Fight AIDS, Tuberculosis and Malaria — step in to help procure and distribute drugs to low-income countries at cheaper prices.

But, the report says, as countries become wealthier and enter "middle income" status, many donors withdraw their funding. The idea is to encourage those countries to fund and sustain their own health programs in the long-run. As the U.S. Agency for International Development Administrator Mark Green once said, "The purpose of foreign assistance is to end the need for its existence."

That means that while the poorest countries are getting cheaper drugs with the help of international organizations, lower-middle income countries, in particular, are struggling to negotiate similar prices for themselves.

Leena Menghaney, head of Doctor Without Borders' (MSF) Medicine Access Campaign in South Asia, says it is a "mistake" for donors to base their health efforts on a country's economic level.

MSF's campaign advocates for and helps develop drugs that are available and affordable to the poorest people, no matter where they live.

Securing fair prices requires good policies and efficient systems, say the researchers. They share a few ideas in their report.

The people charged with buying drugs in developing countries should have access to and be trained in the technology tools that pharmaceutical companies and large pharmacies use to find out how much they can and should pay for essential drugs, says Yadav.

Menghaney says it's also important for countries to publicly disclose the prices they're paying for drugs. A public record would not only give countries more leverage to negotiate for fairer prices but also allow citizens to hold procurement staff accountable when prices are too high, she says.

Additionally, some regional organizations, like the Pan-American Health Organization and the Association of Southeast Asian Nations, are beginning to pool their medicine purchasing so their member countries can get cheaper prices for larger orders. CGD's Glassman says she hopes to see more of this approach.

Most importantly, Yadav says, reforms need to be designed with patients in mind. Technological advances have made it possible for some start-ups in sub-Saharan Africa to cut out long chains of middlemen by delivering medicine direct-to-pharmacy and even direct-to-patient.

Whether in manufacturing, purchasing or delivering medicines, changes need to happen now, the report warns, because the global market for medicine is failing — and the world's poor suffer the most harm.

Joanne Lu is a freelance journalist who covers global poverty and inequity. Her work has appeared in Humanosphere, The Guardian, Global Washington and War is Boring. Follow her on Twitter @joannelu