Accessibility links
A Photographer's Vision Of The Magical Masks Of Mexico : Goats and Soda On festivals that range from Day of the Dead to Easter, Mexicans hide their true identity behind fantastic masks that conjure up both indigenous — and European — traditions.

A Photographer's Vision Of The Magical Masks Of Mexico

A Photographer's Vision Of The Magical Masks Of Mexico 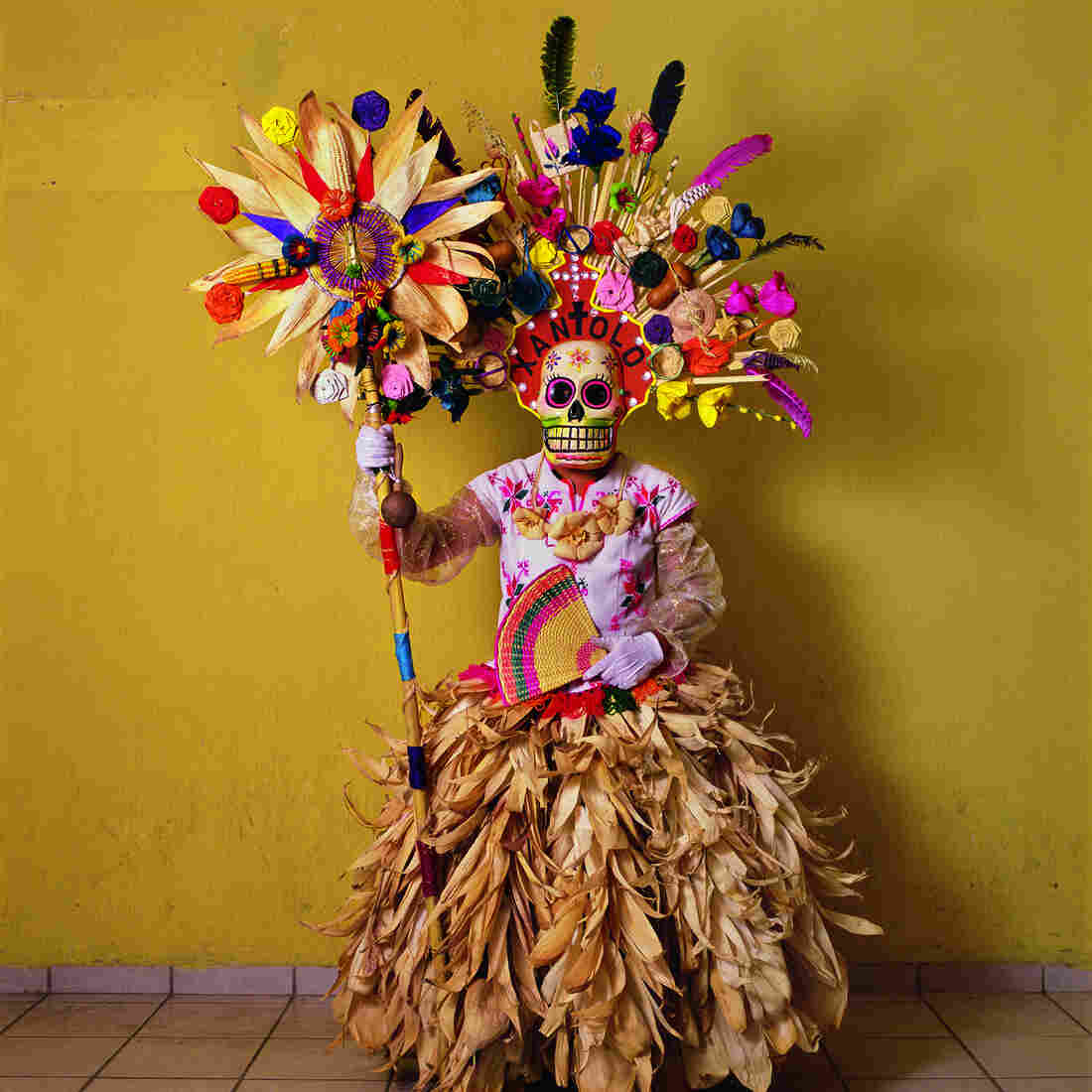 This costume, with corn husks and feathers and paper flowers, is worn by a member of a dance group that gathers in cemeteries and other places to mark Day of the Dead festivities (called Xantolo, the word written above the mask). The idea of combining a skeletal mask with European fashion was devised by the Mexican artist Jose Guadalupe Posada, who lived in the 19th and early 20th centuries. Phyllis Galembo hide caption 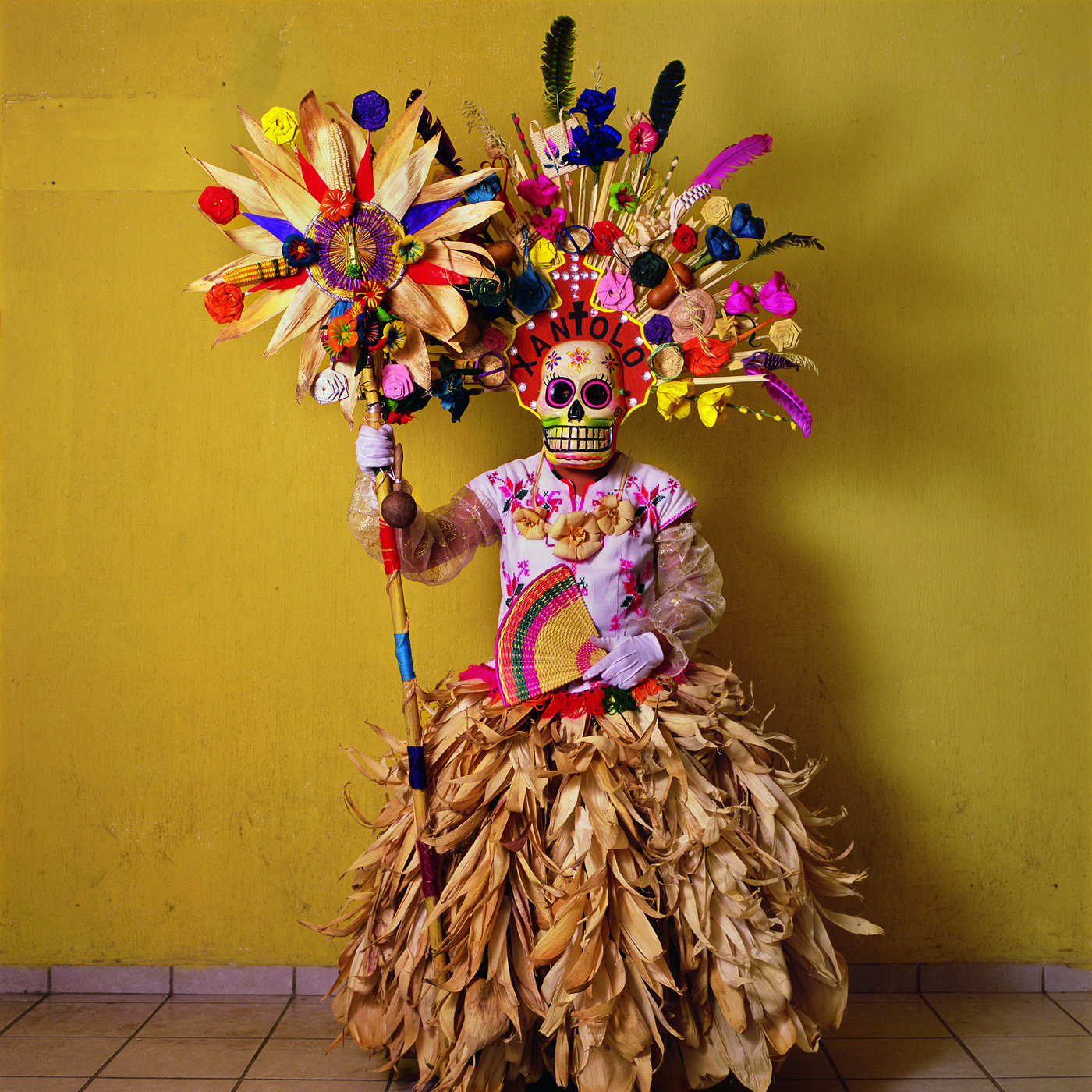 This costume, with corn husks and feathers and paper flowers, is worn by a member of a dance group that gathers in cemeteries and other places to mark Day of the Dead festivities (called Xantolo, the word written above the mask). The idea of combining a skeletal mask with European fashion was devised by the Mexican artist Jose Guadalupe Posada, who lived in the 19th and early 20th centuries.

A mask can be as revealing as concealing. "To masque the face" is "t'unmasque the mind," English novelist Henry Field tells us. There are masks and costumes so powerful they obliterate the wearer's personality and change him or her into another being entirely. The ceremonial mask, suggests Herbert M. Cole, professor emeritus of African art history at University of California, Santa Barbara, allows the wearer to truly say: "I am not myself."

For more than 30 years, Phyllis Galembo has been fascinated by masks and costumes and photographed them in countries from Benin to Zambia. Most recently, she has turned her lens on Mexico. Her newly published book Mexico Masks/Rituals (Radius Books/D.A.P.) restores the mask — and the political, cultural, religious and social messages it can telegraph — from tourist commodity to its role as an artifact of ritual and celebration.

We spoke to Galembo by phone. The interview is edited for length and clarity.

Costume seems to be a longtime obsession of yours.

I began collecting costumes for my niece and nephew in the late 1980s when they were young. I lived near a flea market and asked dealers to find me costumes that had heart and soul. I continued to collect for 15 years. I collected 500 costumes, so what are you going to do with that?

And what did you do?

I rented a studio in New York City and proceeded to seriously photograph them.

Which resulted in a book, Dressed for Thrills, 100 Years of Costumes & Masquerade. But your interest in costumes didn't begin with that.

When I was a little girl my grandmother made me a little Purim outfit. I was Queen Esther in a shiny diamond-patterned costume with gold bric-a-brac trim. At Halloween I would go around for trick or treat as a beatnik in my father's white shirt, a beret and a cigarette holder.

Ultimately, you focused on ritual clothing and masks and photographed in African countries and the Caribbean. 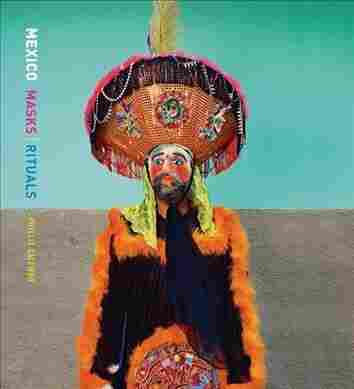 Most of the work focused on funerals, celebrations and ceremonies. But it was often difficult to get permission from local and state governments, museums and town officials.

Let's fast forward to Mexico, where it was easier. You began work there in 2009.

In Mexico people are so much more open. It's complicated; after all you are asking people to share spiritual things with you. But Mexico has been more inclusive toward me. My assistant and I would find out where the celebration was and who was in charge. We were like party crashers. People were so generous. They would invite us to eat and drink.

Were there doors that didn't open?

When I went to shoot some rituals in the Yaqui community [in Sonora], I couldn't do them. My assistant, who was a Yaqui, carried a religious cross in a Semana Santa ceremony to try and gain me access, but it didn't work.

How do you work?

I'm a film dinosaur. I started in the pre-digital era. I use a medium format Hasselblad, even though the meter doesn't work. I shoot film — a roll of 12.

The portraits look rather straightforward. A plain, often colorful, background and that's it.

I don't like to work in open areas. I'll work in a room, even a garage. I just want people to look at the subject — the person I am photographing.

[The masks] are amazing and magical. I love the details. The knot in a hanging piece of string. The small pins — Mickey Mouse, Santa Claus, a dinosaur — attached to the front of a costume.

An assistant you worked with in Mexico complimented you in a lovely sentence. "I'm going to try be like you," he said. "Face the world with good eyes." Explain your work in the context of his words.

To me it's about show and tell. It's about sharing. I want the reader to understand and to respect the people I portray. I love their sense of community, their creativity, their generosity and openness of spirit. I want the viewer to see and understand that. 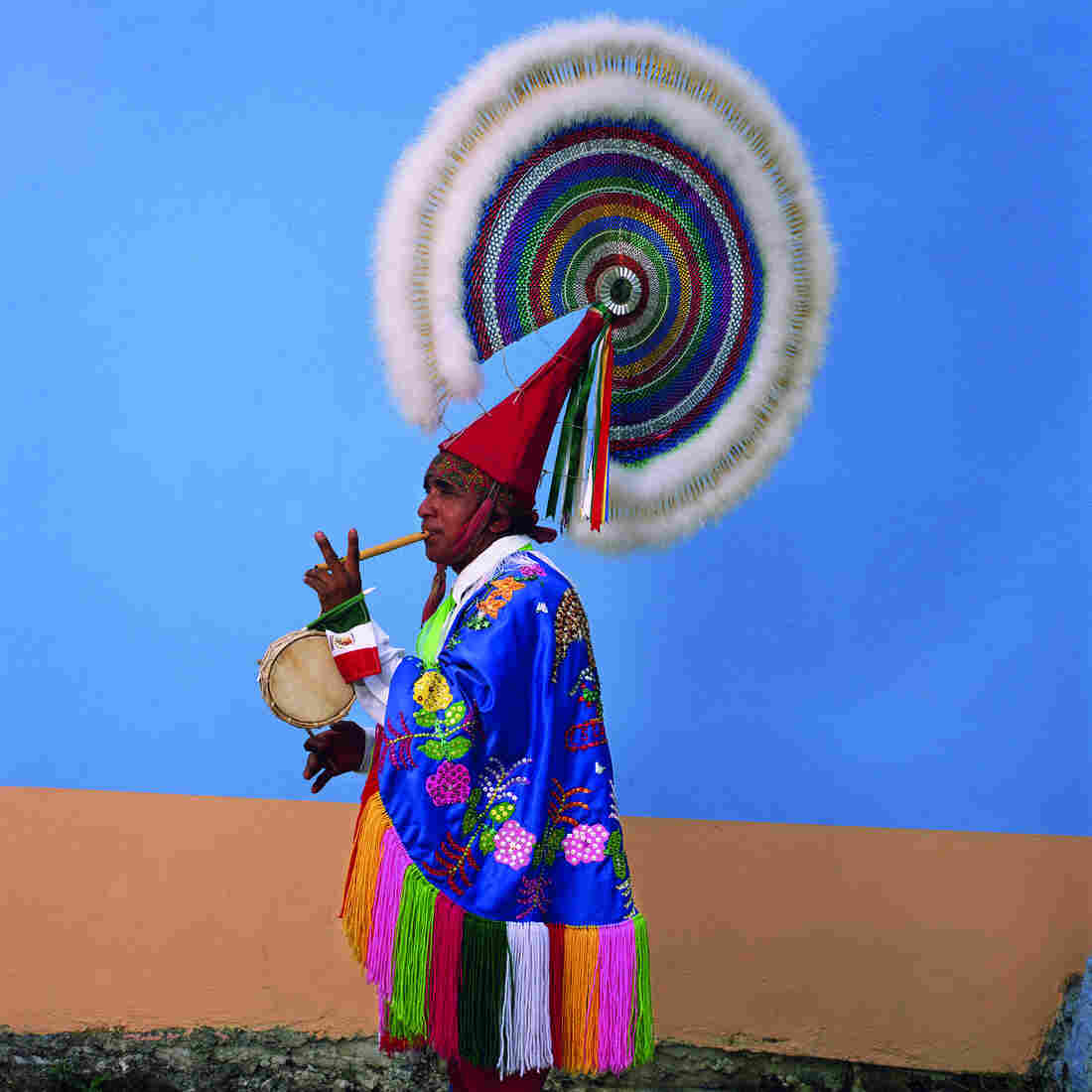 In the mountainous Sierra Norte region, northeast of Mexico City, the year-end festival of la Virgen de Guadalupe is considered the most significant community ritual. The leader of each dance group that participates plays a small flute, wears red and blue (symbolizing the uniting of earth and sky) and wears a headdress that reflects the finery of the quetzal, a deity from pre-Hispanic times. Phyllis Galembo hide caption 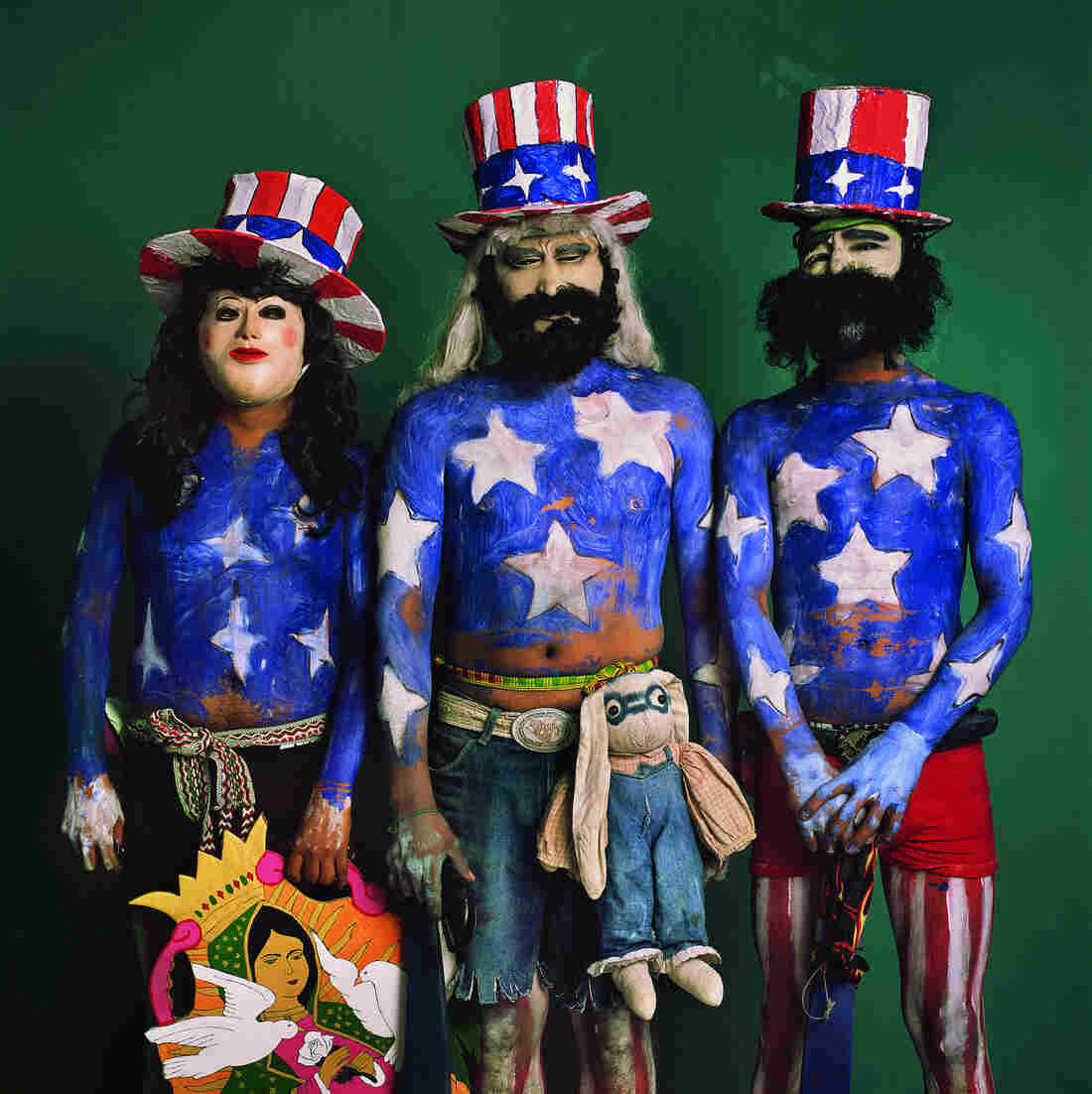 During Easter week, the indigenous Cora people in the state of Nayarit stage a pageant called Semana Santa. The book calls it "the reenactment of an ancient Mesoamerican myth: the eternal battle between the forces of light and darkness." People come up with fantastic — and sometimes politically pointed — costumes. Phyllis Galembo hide caption 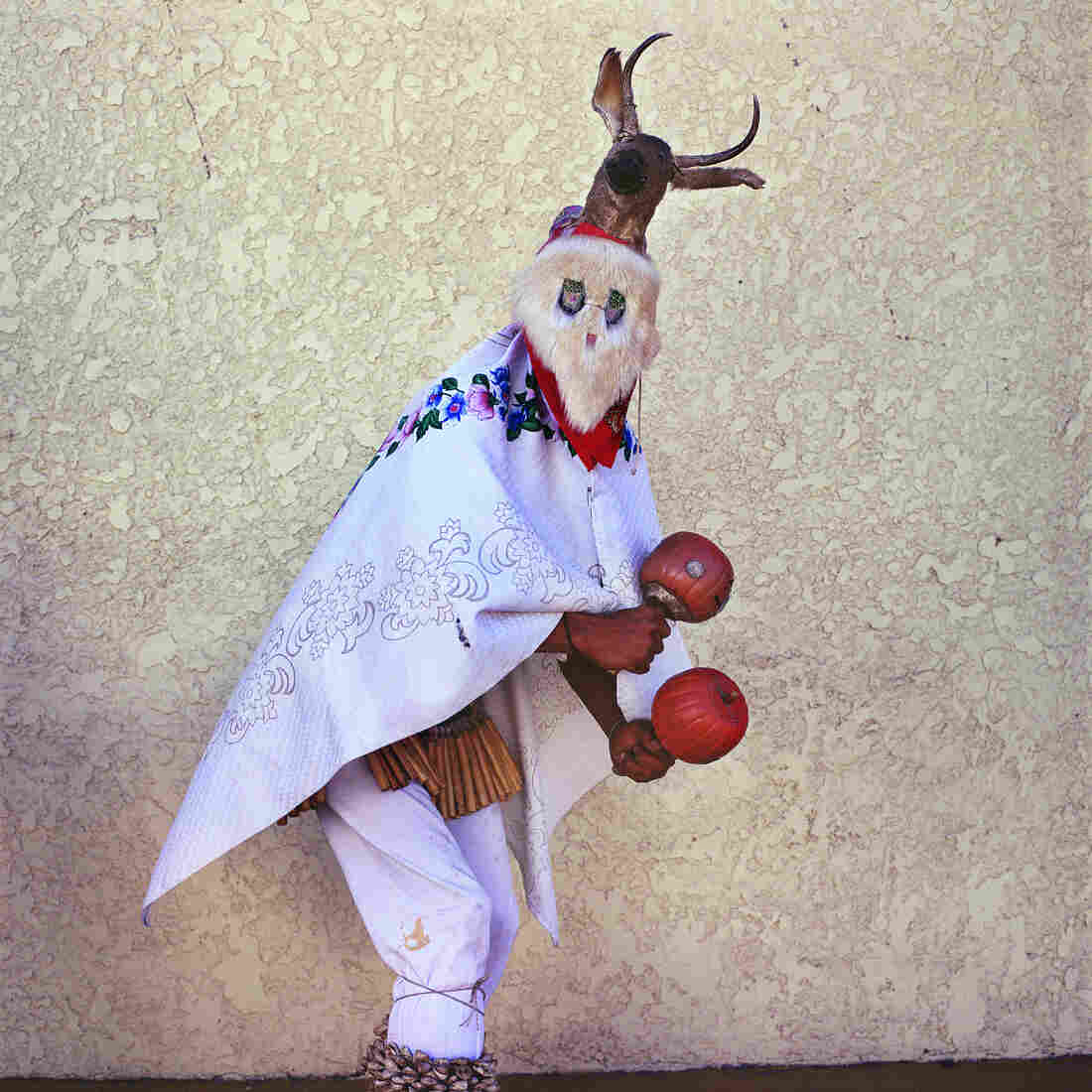 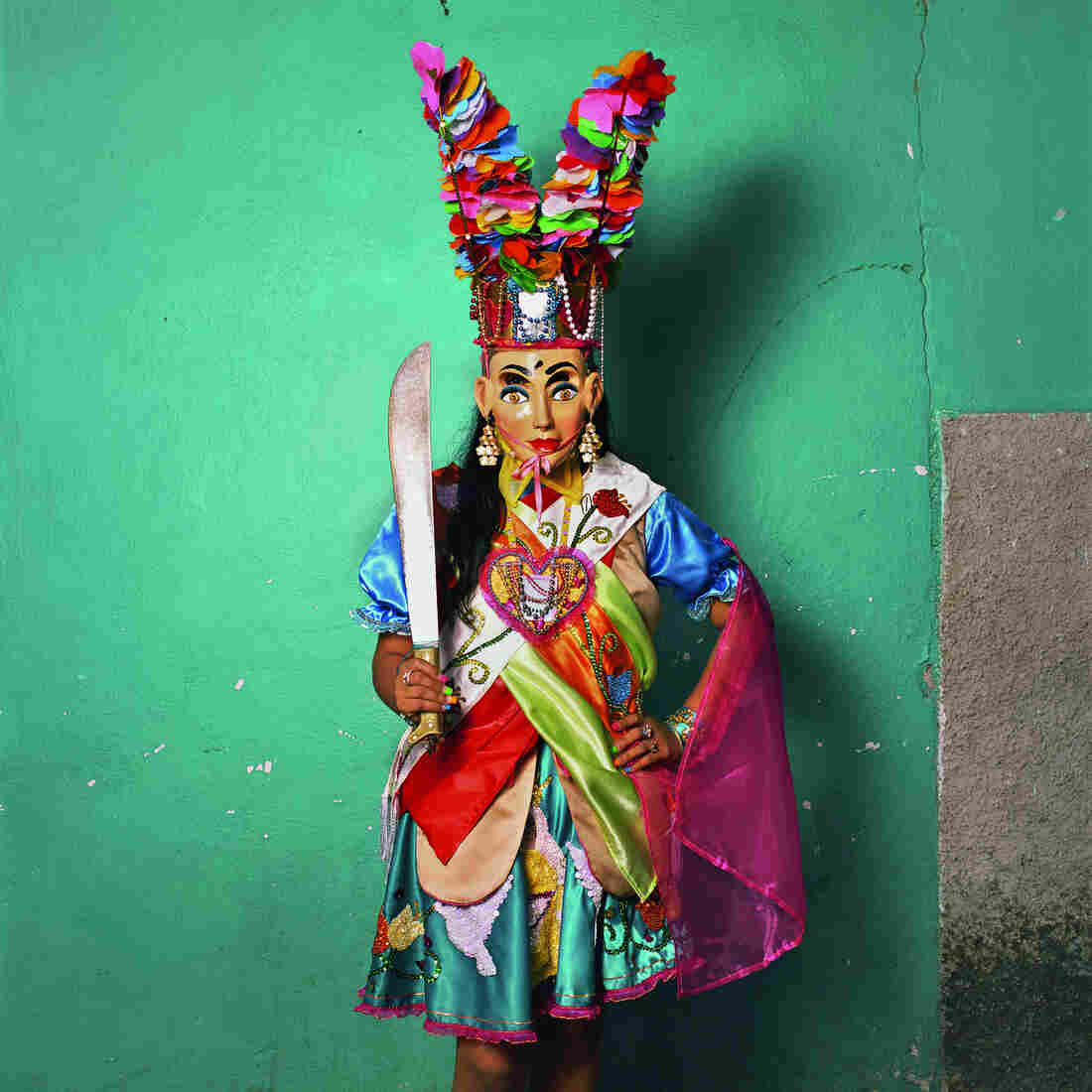 A regal costume from the state of Guerrero, where festivals draw from both Catholic and Mesoamerican themes. The sword-wielding queen leads a pageant group. In the past, men have played the part, but now women are starting to get involved. Phyllis Galembo hide caption 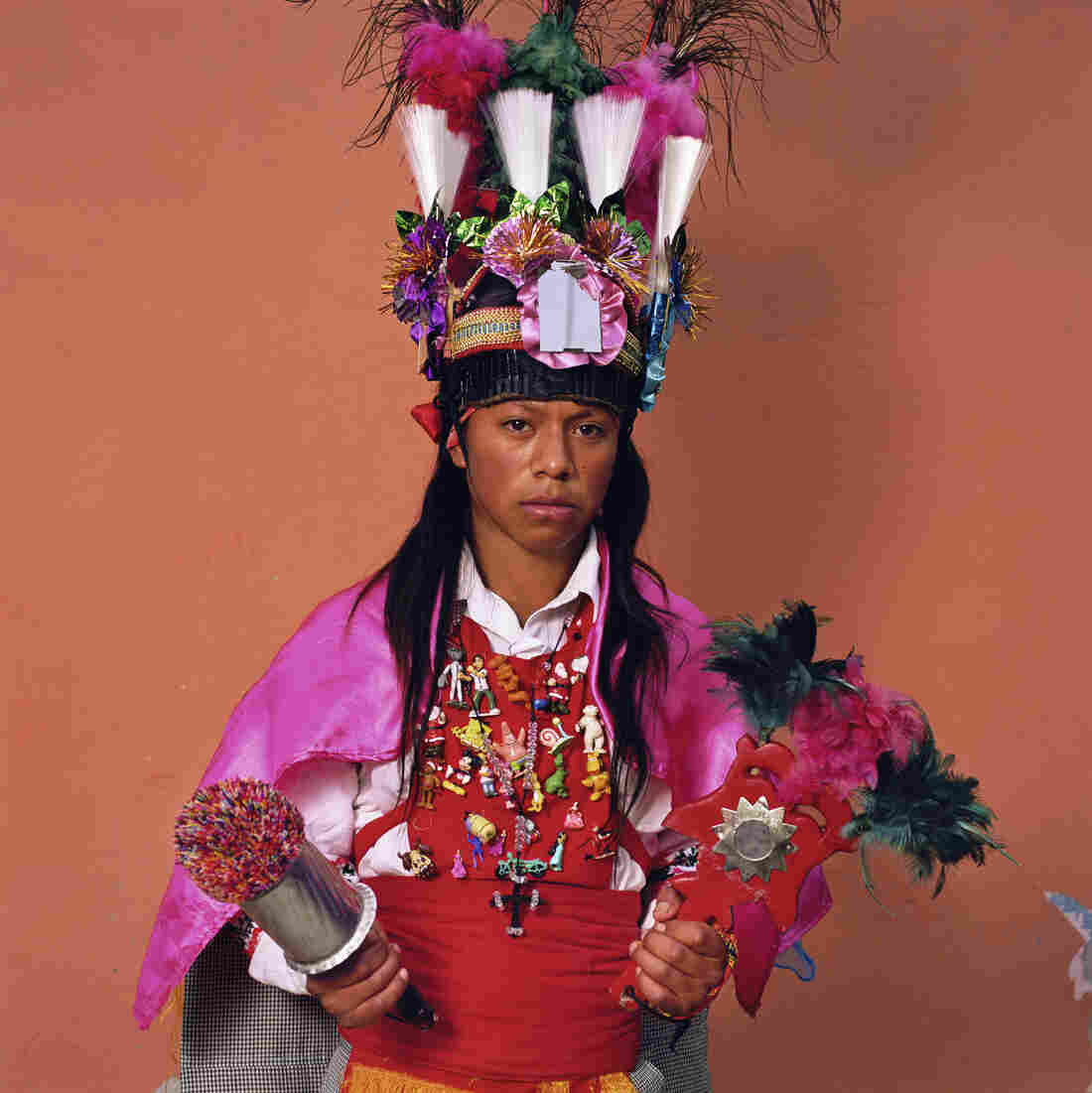 This celebrant is dressed in Spanish-style garb as one of the "Tocotines" — the soldiers of St. James who help him battle evil. They also keep marauding birds away from corn. Phyllis Galembo hide caption

Cathy Newman is a former editor at large at National Geographic whose work has appeared in The Economist, Smithsonian Journeys and Science. Follow her on twitter @wordcat12.