Accessibility links
Portable 'Cholera Detection Lab' Aims To Put A Dent In The Deadly Disease : Goats and Soda An engineer has invented a new way to test for the presence of cholera bacterium in water. The test could be useful in remote areas, because it's lightweight and self-contained. 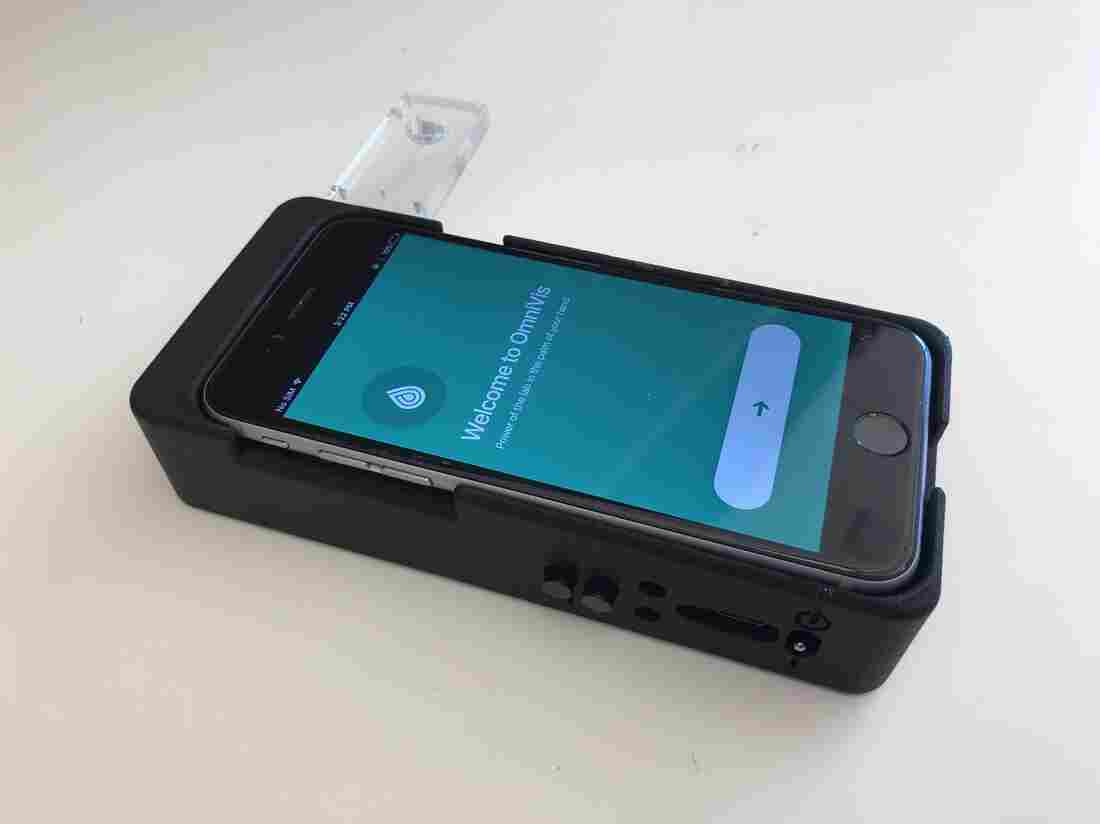 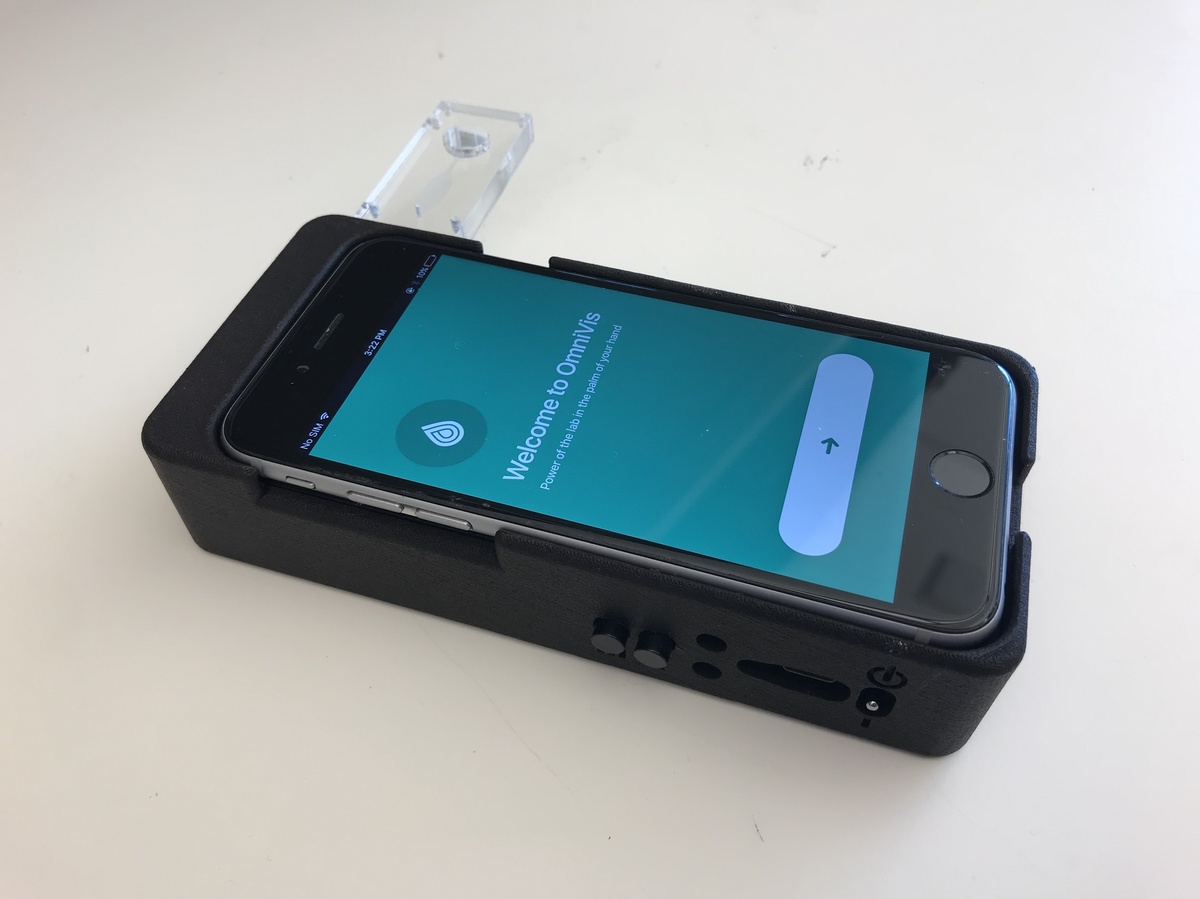 What if you could put a drop of water into a miniature laboratory — not much bigger than a smartphone — and find out whether the water contains the bacterium that causes cholera?

A simple test like that could help prevent outbreaks of the disease, which sickens as many as 4 million and kills up to 143,000 each year, mostly in poorer countries.

The ancient disease of cholera is spread primarily through drinking water that contains the bacterium called Vibrio cholerae.

The extreme diarrhea and vomiting it causes can bring on dehydration and kill within hours.

But despite its brutal nature, cholera is easily treatable; rehydration supplements can cure a majority of cases.

A simpler solution would be to clean up the contaminated water with chlorine tablets or filters — while warning the public about possible risks. And that's where an engineer named Katherine Clayton comes in.

Clayton and colleagues at Purdue University have invented a device for rapidly detecting cholera bacteria in water. The idea is to find potential sources of an outbreak.

Right now, most tests for cholera require three to five days and a well-equipped laboratory.

Clayton's new invention is a portable "cholera detection lab" built around a smartphone.

"It has heating units, it has lenses and it has a phone to do a lot of image processing," she explains.

The minilab has chemicals that make copies of the toxin gene in cholera bacteria. That process, called amplification, "makes a solution more viscous, like honey," she says.

So you take a water sample, put it in a single-use disposable test kit and wait about 30 minutes. If the sample becomes more viscous, you've found the harmful bacteria. And the imaging system on the phone will capture the results.

The phone can send information about the water quality to researchers or charities so they can come to the rescue.

That kind of localized contamination data, Clayton says, may help communities contain outbreaks: "The whole idea is that we're not just detecting really fast, but we're also able to stop them before they become too widespread."

Cholera experts like David Sack, an epidemiologist at the Johns Hopkins Bloomberg School of Public Health, have pointed to issues with Clayton's device. For one thing, it samples only a tiny drop of water, which could happen to be a drop with no bacteria in it, even if taken from contaminated water.

Clayton says they're working on what she calls a concentrator: "so that we can take bigger volumes of water and concentrate it down." That would make it easier to find the cholera bacteria even when only present in low levels.

Another question some epidemiologists have raised is whether the device will work in places where it's needed. Clayton says they've already done some initial field tests in Bangladesh and more are planned for the fall.

Scientists still aren't sure how and when and whether contaminated water will actually lead to an outbreak.

Clayton says having a simple, portable test could help explore that issue.

"I think it's going to start answering some of these scientific questions about how cholera works, about how it's transmitted and about how it shows up in the water," she says.

Clayton and her colleagues have formed a company called OmniVis to develop the device.

She knows making a cholera test doesn't put her on a fast track for financial success.

Instead, she says, her background in engineering has made her feel a sense of obligation to help find solutions to global problems: "That's what I enjoy — knowing what the future could look like."