Accessibility links
Nail Art Gets A Scientific Makeover On Instagram: @nailsciart : Goats and Soda A young scientist decided that one way to get girls into science would be by painting neurons and parasitic worms on her nails.

Of all the things I love about being a girl, I love doing nail art the most. But I'm also a scientist, and scientists aren't usually associated with perfectly manicured nails. Nail art became my way of debunking some common stereotypes, including those that associate scientists with being cold or unapproachable.

I got into nail art four years ago after a friend of mine bought a beginner nail art kit. It contained one metal plate with various nail-sized designs etched on the surface – animals, flowers, food – along with nail polish, a scraper and a silicone stamper. 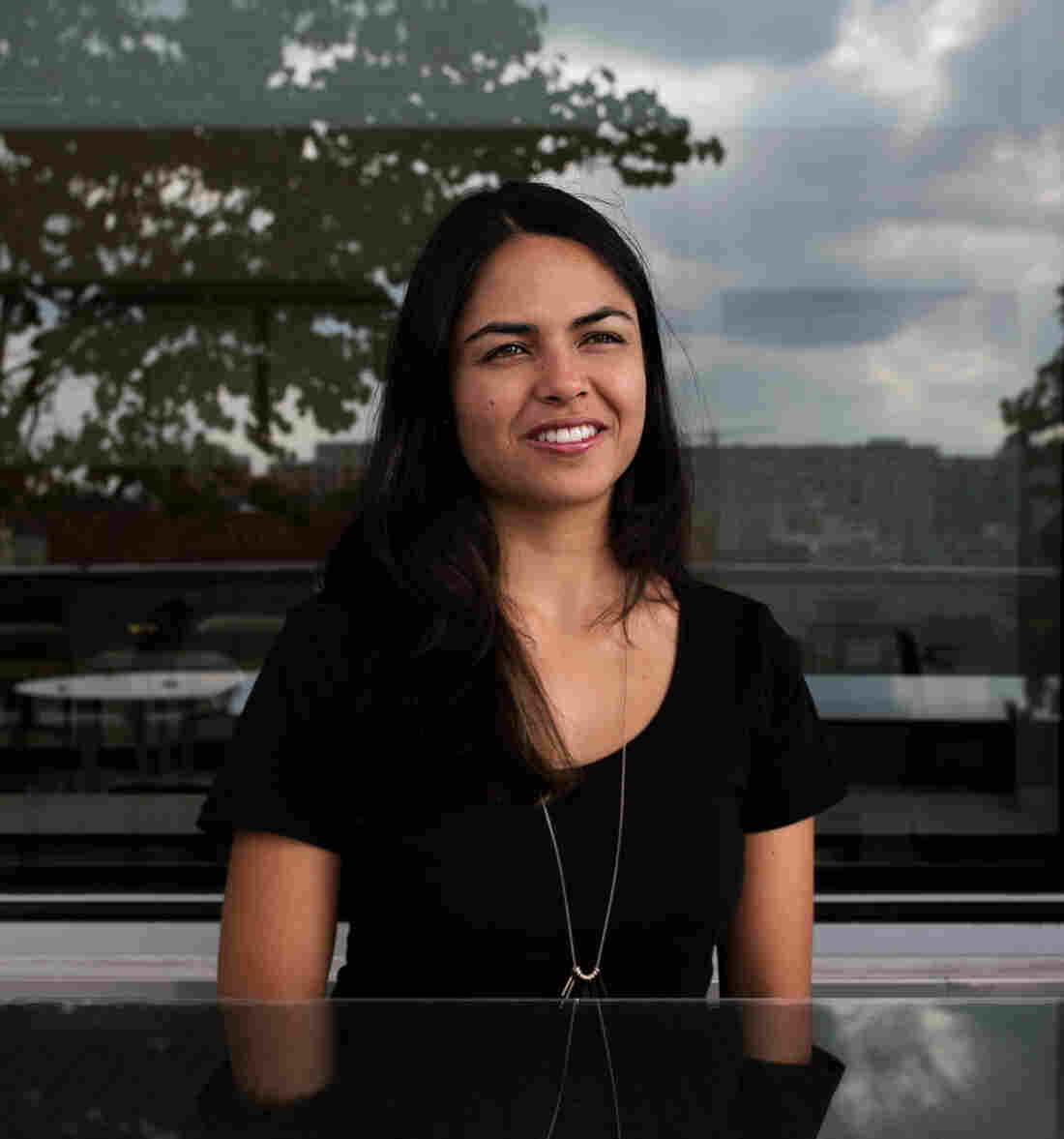 Here's how it works: Cover a design on the plate with nail polish, then spread the polish into the etched-out spaces with the scraper. Press the stamper onto the plate and then onto your nail.

I remember awkwardly pressing the stamper against my red-colored nails. When I looked at the end result — a flower pattern, albeit with some smudged edges — I was instantly hooked. I ordered a kit for myself that night, and I never paid for a salon manicure again.

Following my first try at nail stamping, I searched for tutorials on YouTube and Instagram to improve my technique. I discovered a whole world I didn't know existed, including more advanced nail stamping techniques that allowed me to create my own nail designs to transfer to my nails. I experimented with flowers and butterflies and colorful geometric shapes. That was good practice for a later attempt at snowflakes (above).

At the time, I was working as a research scientist studying Alzheimer's disease at Cornell University, where I was looking for ways to get lay people interested in science. On Instagram, I found some science communicators using drawings or video to explain concepts like how stem cells help heal wounds.

Then I had an epiphany! None of these science communicators were using nail art as a platform. And none of the nail artists I followed were doing scientific designs.

I had been blogging about science for a while, but I wanted to try something new. So on October 10, 2018, I started an Instagram account (@nailsciart) where I'd use nail art to reach a very specific demographic: teenage girls. I wanted to show them the fun side of science through an art form many of them could find appealing — and that it's possible to have polished nails and work on cool science.

I pick themes according to the season. Last October, I did a Halloween series explaining what bats do for humans and the environment.

I've also done designs that illustrate my interviews with scientists for Locally Sourced Science, a radio show hosted by my local radio station in Ithaca, N.Y. When I interviewed the curator of the fungi collection at the Cornell Plant Pathology Herbarium, I stamped colorful fungi on my nails (above). Lately, I have been experimenting with drawing brain cell types such as neurons (shown below) and microglia using fine brushes. I used one of those designs to accompany an Instagram post about a story I wrote for NPR as an intern this summer, which was about detecting brain activity in seemingly unconscious patients.

Part of my internship was writing for the global health team. My nail art of parasitic worms (below, from left to right: a flatworm, a hookworm and a tapeworm) and microbes connects to many topics in this field.

The reactions to my posts have always been positive. Some compliment my designs, while others like the novelty of using nail art to talk science. And I love hearing from people who say they've learned something new.

Having my nails done instantly boosts my confidence (as do the encouraging Instagram comments). Doing science nail art gives me an excuse to show what a scientist looks like today.