Accessibility links
Whatever Happened To The 101-Year-Old Indian Runner Who's A Gold Medal Winner? : Goats and Soda Man Kaur has earned dozens of gold medals in the 100-plus category (although often she is the only competitor in that bracket). How's she doing at 103?

Whatever Happened To ... The 101-Year-Old Champion Runner From India?

Whatever Happened To ... The 101-Year-Old Champion Runner From India? 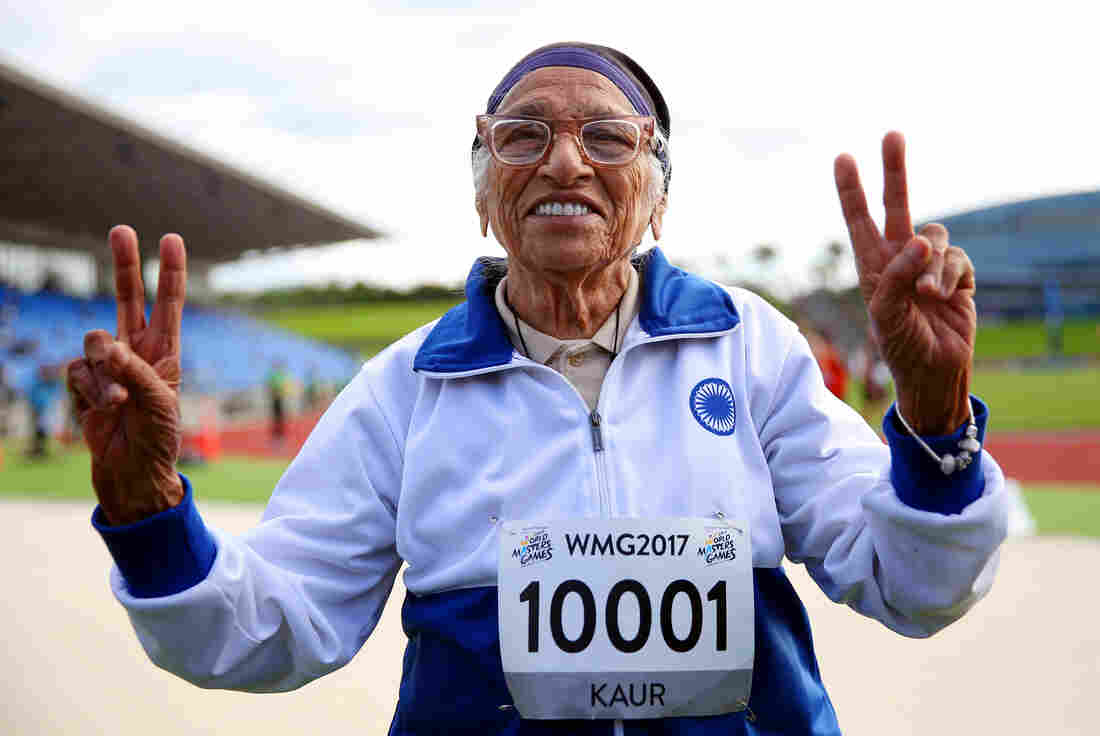 Man Kaur of India celebrates after competing in the 100-meter sprint in the 100+ age category at the World Masters Games in Auckland, New Zealand, in April 2017. Michael Bradley/AFP/Getty Images hide caption 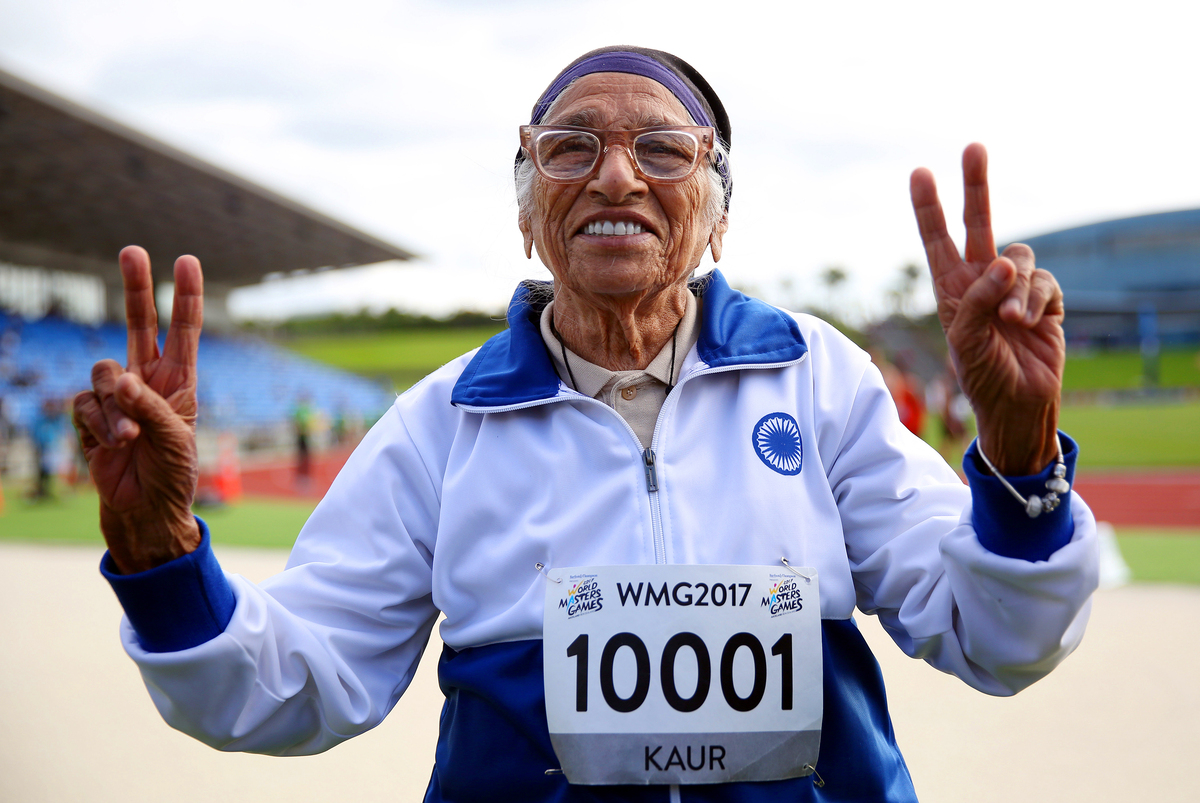 Man Kaur of India celebrates after competing in the 100-meter sprint in the 100+ age category at the World Masters Games in Auckland, New Zealand, in April 2017.

Man Kaur started running in 2009, when she was in her 90s — it was her son's idea — and began racking up medals. We first wrote about her when she was 101. Is she still a track and field star?

At 103, Man Kaur is not only going strong, she's getting others to follow in her footsteps.

Kaur and her 81-year-old son and trainer, Gurdev Singh, were invited for two weeks to several universities in Baru Sahib in the mountains of India, but their methods made such an improvement in the students' performance, they were asked to stay through September.

Kaur famously follows a strict diet regimen designed by Singh including homemade soy milk and kefir, wheatgrass juice, nuts, lentils and chapatis made from sprouted wheat. That's the kind of nutritional advice they're sharing with the students.

This invitation came on the heels of Kaur's participation in the World Masters Athletics Championships in Poland earlier this year, where she won gold in all four events she competed in: shot put, javelin, 60-meter dash and 200-meter run.

Though she was the only competitor in her age category for all four events, for the 60-meter dash, she had company from other categories: two sprightly 85-year-olds and three 90-year-olds. Though they weren't competing for the prize in her age bracket, they ran alongside her (and eventually ahead of her).

At last year's World Masters event, the diminutive great-grandmother, who is just under 5 feet tall, clinched the gold in the javelin throw as well as the 200-meter race.

In 2017, while participating in World Masters Games held at Auckland, she finished the 100-meter run in 74 seconds. "But in Poland she improved her speed and finished the 60-meter dash in 36 seconds and felt great. She thanked the Almighty who gave her enough courage to do this," says Singh, who acts as an interpreter for his mother, who mostly speaks Punjabi.

Ten years after she first started running, Kaur still loves it, according to her son. She isn't thinking of retiring and Singh says she still thinks she can improve her performance.

"She enjoys the company of her admirers," her son adds. "Every time she participates, she feels proud that people around the world feel inspired."

The year has not been all fun and games, though. Kaur was in the hospital with gallstones this August and her osteoporosis has been causing her back pain, says her son. Still, she loves winning and is happiest on the track, where she says she forgets all her ailments.

Next stop: Malaysia, where both mother and son will compete in their age brackets at the Asian Masters Athletics Championships in December.

Editor's note: Now you may be thinking ... is Man Kaur really 103? She doesn't have proof of her age but her oldest child does. When her firstborn's birth certificate was issued 83 years ago, Kaur was 20, so you do the math.

Chhavi Sachdev is a journalist based in Mumbai. Contact her @chhavi.