Accessibility links
Whatever Happened To The Village Where Children Had Extremely High Levels Of Lead? : Goats and Soda They live in the lead-contaminated village of Kabwe, Zambia. A World Bank loan for lead cleanup offered reason for hope. A new report assesses the current situation.

Whatever Happened To ... The Kids Whose Lead Levels Were Off The Charts?

Whatever Happened To ... The Kids Whose Lead Levels Were Off The Charts? 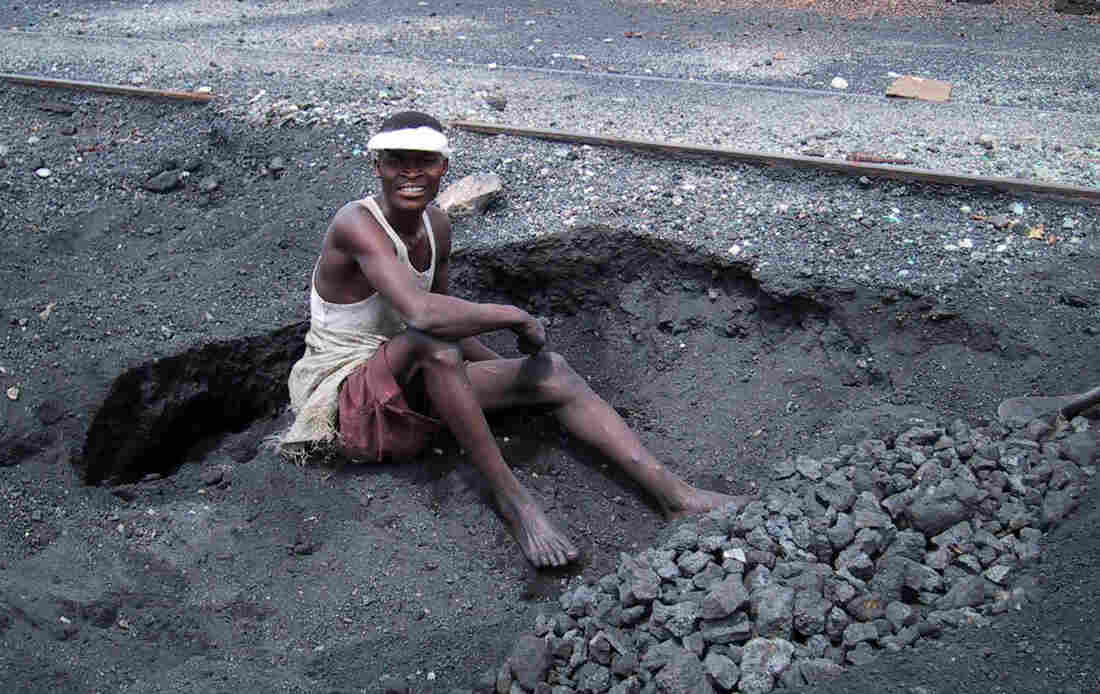 Looking for scraps of lead to sell, young people in the town of Kabwe, Zambia, dig through the toxic tailings left behind from 100 years of mining. Courtesy of Pure Earth hide caption 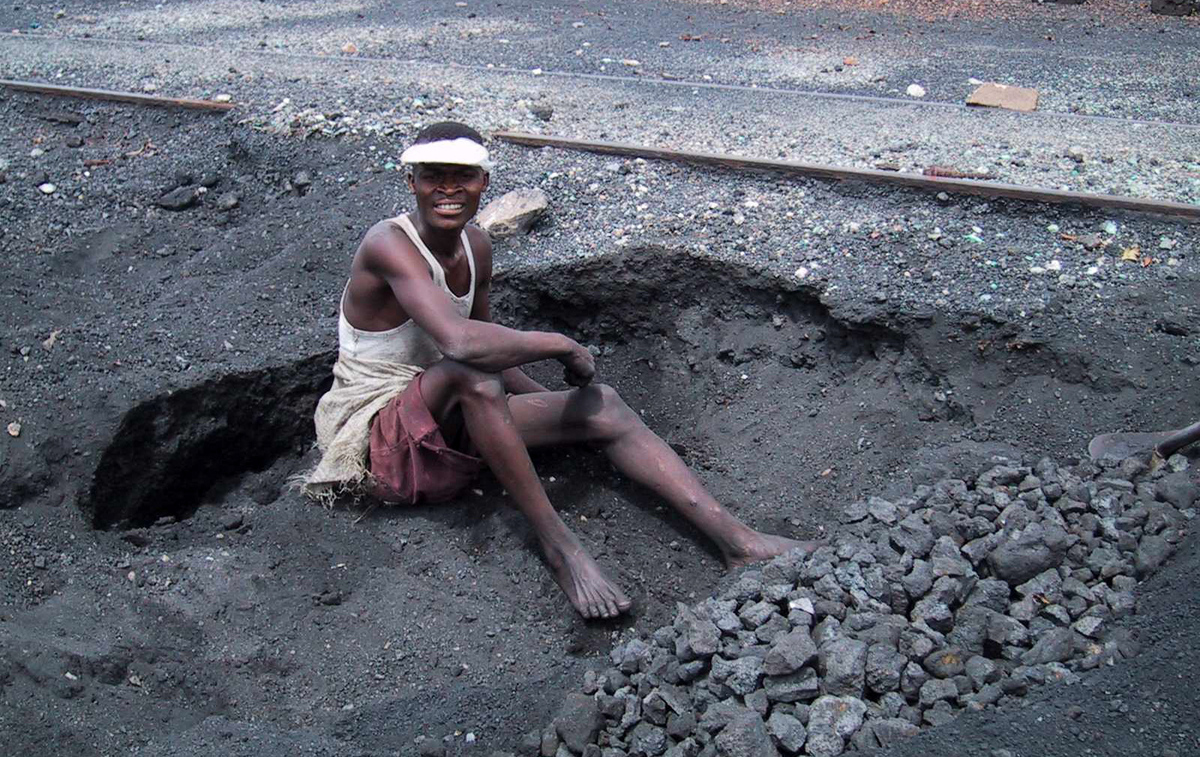 Looking for scraps of lead to sell, young people in the town of Kabwe, Zambia, dig through the toxic tailings left behind from 100 years of mining.

In January 2016, Goats & Soda reported on lead levels in the soil of neighborhoods near an abandoned smelter in Kabwe, Zambia — and in the blood of the children. For nearly 100 years, smoke from the smelter, which closed in 1994, had been releasing heavy metals, including lead, in the form of dust. Children have grown up playing in that dust, inhaling it — and being poisoned by it. How are the people of Kabwe faring 2 1/2 years later?

To date, little has changed for the 76,000 people living in the most contaminated areas of Kabwe.

In 2016, there was reason to hope for improvement. The World Bank lent the Zambian government $65.5 million for a five-year project to clean up lead-contaminated areas and treat the people affected by lead poisoning,

But the title of a report from Human Rights Watch, released this month, is decidedly pessimistic: "We Have to be Worried: The Impact of Lead Contamination on Children's Rights in Kabwe, Zambia."

"It's not getting any better," agrees Richard Fuller, president of Pure Earth, an organization that identifies environmental toxins in poor communities and helps with cleanup. "I've been working on this town for 18 years. And when we looked at the place again recently, nothing has happened. It's really upsetting." Fuller is co-author of a book with a chapter focusing on Kabwe, The Brown Agenda: My Mission to Clean Up the World's Most Life-Threatening Pollution.

Goats are curious animals and Goats and Soda is a curious blog. Over the next week, we'll be looking back at some of our favorite stories to see "whatever happened to ..."

Past studies of Kabwe offered sobering statistics. To identify children with abnormally high lead levels, the Centers for Disease Control and Prevention uses a reference level of 5 micrograms of lead per deciliter of blood. A deciliter is a metric measure equal to about one-tenth of a quart. The lowest blood level in the children measured in Kabwe was 13.6 micrograms per deciliter; the average was 48.3; and the highest couldn't be measured because more than 25% of the children had levels higher than the 65 micrograms per deciliter the instruments could measure.

Affected children can have short attention spans, behavioral problems and a host of health problems. 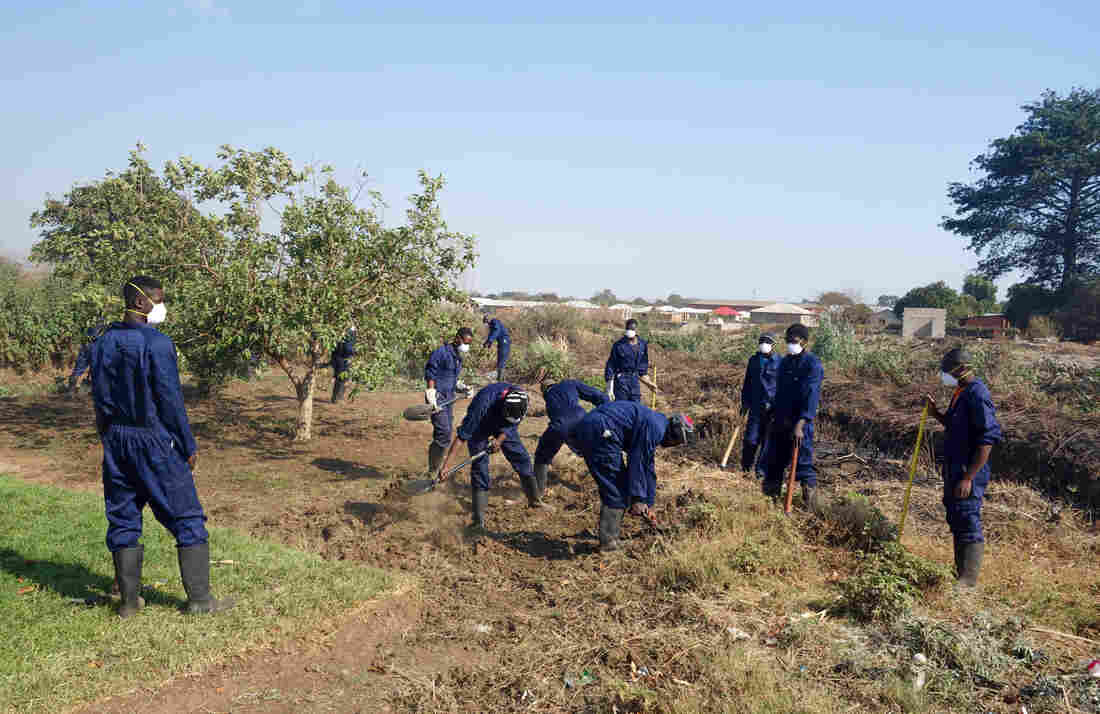 Local crews work to clean up lead-laden soil in the Zambian town of Kabwe. Courtesy of Pure Earth hide caption 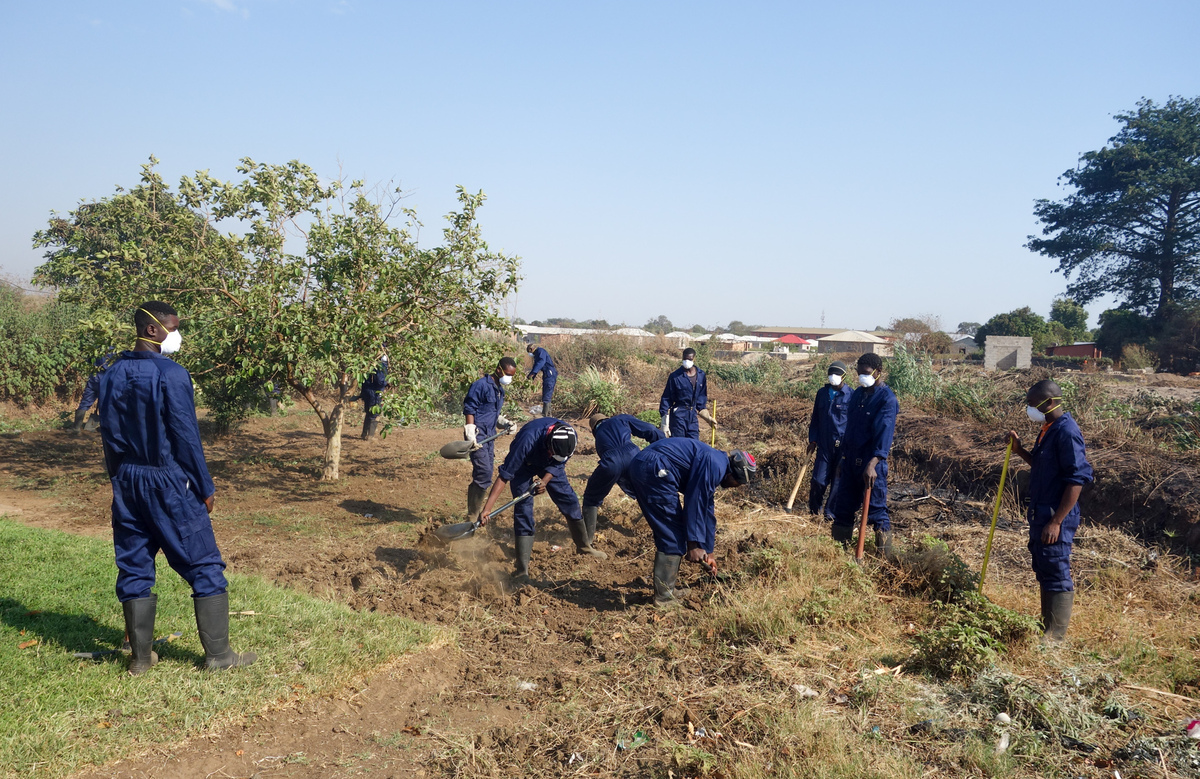 Local crews work to clean up lead-laden soil in the Zambian town of Kabwe.

A 2018 report in the journal Environmental Research re-analyzed data from three existing studies and estimated that more than 95% of children in those areas have elevated blood lead levels; about half of those children have levels high enough to require medical intervention.

In November 2018 and April 2019, Human Rights Watch visited lead-contaminated areas to see if any progress had been made. They interviewed officials, teachers and community members, both adults and children.

They found almost no encouraging signs. "A loan from the World Bank, launched in 2016 — and still no visible results on the ground," says Joanna Naples-Mitchell, research fellow in the Children's Rights Division of Human Rights Watch.

Testing of blood levels in some children of Kabwe was done until 2016 when test kits ran out, according to the Human Rights Watch report. It also found that medicines for children with extremely high levels of lead have run out as well, so those children go untreated. Cleanup efforts of homes, schools, yards and fields are small and inconsistent, the report noted.

The Human Rights Watch report found that the Kabwe cleanup and treatment project was still in the planning stages. In a June 2019 status report, the World Bank rated the Kabwe project "moderately unsatisfactory." The Zambian government has responded by saying that it intends to begin cleanup of contaminated soil as well as testing and treatment of affected people before the end of 2019.

There's no clear-cut plan yet, but past pilot projects to address the problem consisted of cleaning up soil outside homes, schools and public areas, as well as ridding individual homes of dust using special vacuum cleaners, Fuller says.

Dirt roads present a special challenge. In previous efforts to address lead contamination in other parts of the world, Pure Earth has found that existing dirt roads should be paved or tarred so that passing traffic doesn't kick up contaminated dust. "But the government has said they don't have enough money to do the roads," says Naples-Mitchell. "If a home is cleaned but the road next to it is not, it's only a matter of time before everything is recontaminated."

The World Bank loan is also intended to pay for diagnosis and treatment of children with lead poisoning. Naples-Mitchell says she hopes that efforts will be coordinated, or they will fail. For example, when a child is treated for lead poisoning — with nutrition or, in severe cases, with medical therapy — the child must go home to a lead-free environment or else could be recontaminated.

Lead cleanup can work. "A success story is in Dong Mai in Vietnam," says Jack Caravanos, a professor of environmental health at New York University and a consultant on Pure Earth's effort in this village of 3,000. The main industry was the informal recycling of lead acid batteries, Caravanos says. The result was highly contaminated soil — and children with blood lead levels five to 13 times higher than the CDC's levels of concern, according to a case study by Pure Earth. During the year of the project, blood lead levels in 206 tested children dropped by 75%, according to Pure Earth's summary of the project.

Whatever Happened To ... The Mysterious Kidney Disease Striking Central America?

But the lead contamination in Kabwe is even worse than in Dong Mai. "This is really a public health emergency that has never been treated with the urgency it deserves," says Naples-Mitchell. "I'm hopeful that, given the attention to Kabwe right now from the World Bank project and this report, that we'll see real change."

Fuller is not so much hopeful as just plain determined. "This is a massive human rights violation and disaster," he says. "It has to get fixed. We have to keep pushing. We'll find a way."