Accessibility links
Gates Foundation Says World Is Not On Track To Meet Its SDG Targets For Ending Poverty By 2030 : Goats and Soda The foundation has just released its annual report on progress toward Sustainable Development Goals. The conclusion: Inequality is rampant, and it's time for some hard choices. 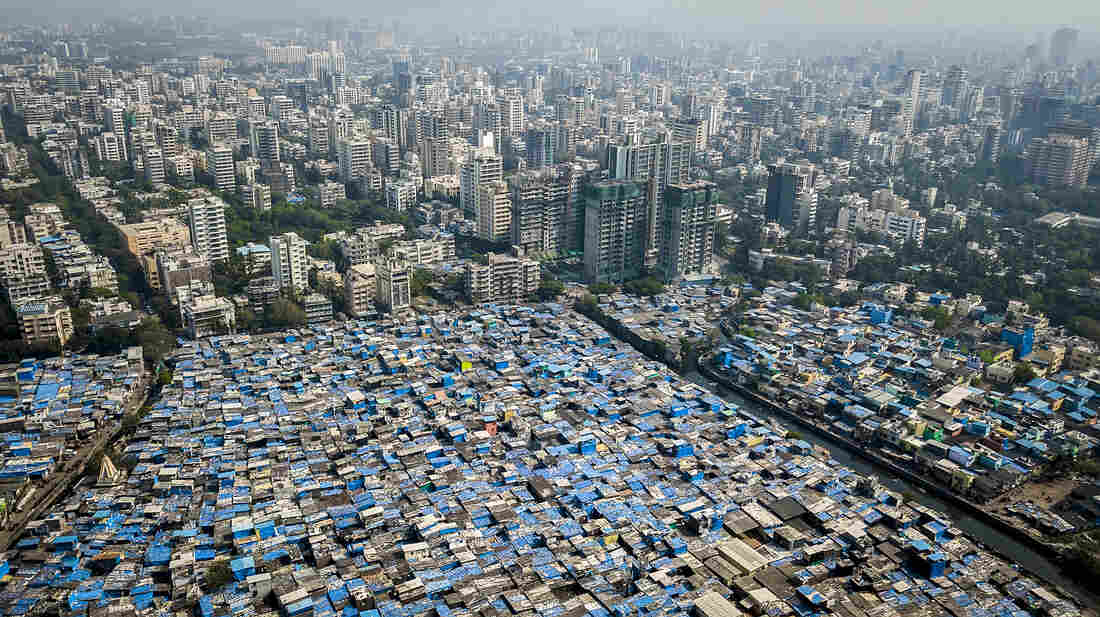 In Mumbai, some prosperous neighborhoods sit alongside slums. This year's Gates report on progress toward eliminating poverty notes that there is vast inequality not only between nations, but within many of them. @johnny_miller_photography hide caption 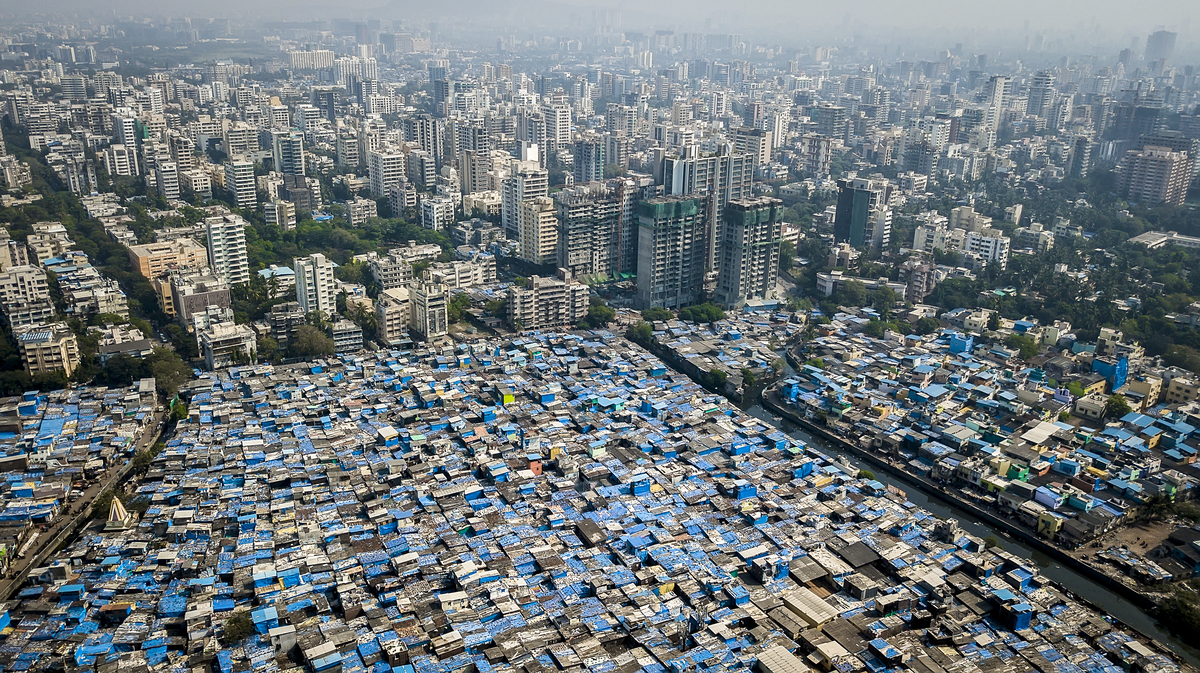 In Mumbai, some prosperous neighborhoods sit alongside slums. This year's Gates report on progress toward eliminating poverty notes that there is vast inequality not only between nations, but within many of them.

In 2015 the world's leaders committed to a sweeping set of targets to lift the world's poorest citizens into a decent life by 2030. Four years later, it's clear that the world is nowhere near on track to meet these 17 Sustainable Development Goals, and millions of children still face a lifetime of inequality because of factors such as where they are born, their gender and their race.

That's the conclusion of a new report by the Gates Foundation — its latest annual scorecard of progress toward the SDGs.

The findings echo assessments in previous years by not just the foundation, but the United Nations and other analysts. But that merely underscores the urgency of shifting strategies before it's too late, says Masood Ahmed, president of the Center for Global Development, a Washington think tank.

"No surprise is not a reason for no concern," he says. (The Gates Foundation is a funder of the Center for Global Development, as well as of NPR and this blog. Neither Ahmed nor his organization were involved with producing the Gates report.)

Both Ahmed and the Gates report take pains to make the case that the current challenges do not mean that ending poverty is an impossible task. After all, countries have achieved staggering improvements over the past three decades.

The problem is that the progress has largely tapered off. "The glass is half full, but there are clearly some groups that are turning out to be much harder to reach," Ahmed says.

For instance, worldwide, the share of people below the poverty line — meaning they have only $1.90 per day or less to live on — dropped from 36% in 1990 to 8% in 2018. But while the SDGs call for getting that down to zero, current projections are that by 2030, 7% of people will remain in poverty.

The net effect of this slowdown in progress is that the world is slated to remain vastly unequal. For a sense of the extent to which where you are born impacts your life, the Gates report notes that a child born in Chad is nearly 55 times more likely to die before age 5 than one born in Finland.

And the inequality isn't limited to differences between nations. This year, for the first time, the Gates scorecard was able to include data at the level of districts — referred to as counties in the U.S. Among the findings: In Nigeria's best-performing district, the average person has more than 12 years of education, compared with five years of education in the worst-performing district. Similarly, in one district in India, the death rate among children younger than 5 is just 1% compared with more than 8% in another.

The U.N. Goal That Doesn't Get A Lot Of Respect

What will it take to eliminate this inequality? The Gates Foundation argues that the key is to identify and take on the factors that fuel it: lack of access to basic health care, discriminatory attitudes toward girls and women that block their ability to get an education and work, climate changes that are proving disproportionately disruptive to farmers in poor countries. And the report argues that this may require nations to make some hard choices — for instance, making the decision to "make do" with current levels of more sophisticated forms of health care, such as MRIs and X-rays, while putting the bulk of their health budgets toward expanding access to primary care.

Ahmed, of the Center for Global Development, says this view is gaining ground due to a shifting assessment of how much money will be available to accomplish the SDGs. Back when the goals were adopted, there was widespread optimism that there would soon be a flood of private investment in poor countries. The expectation, Ahmed says, was that international development organizations would use their funds to identify promising projects that private capital would actually then fund — with every dollar of public funds spent this way generating eight to nine times as much in private investment.

But this has not panned out. "The fact is that the numbers are showing that a dollar in public investment is delivering closer to $1.50 in private investment," Ahmed says.

He says, "over the next five years we're going to have to confront harder and harder issues and trade-offs. But the human race has demonstrated the capacity to make progress under very hard conditions. So I'm fundamentally optimistic."