Accessibility links
A Guide To Making Public Toilets Female-Friendly: From Safety To Comfort : Goats and Soda In developing countries, public toilets may be in short supply. And even when they are available, women and girls might not feel comfortable using them. 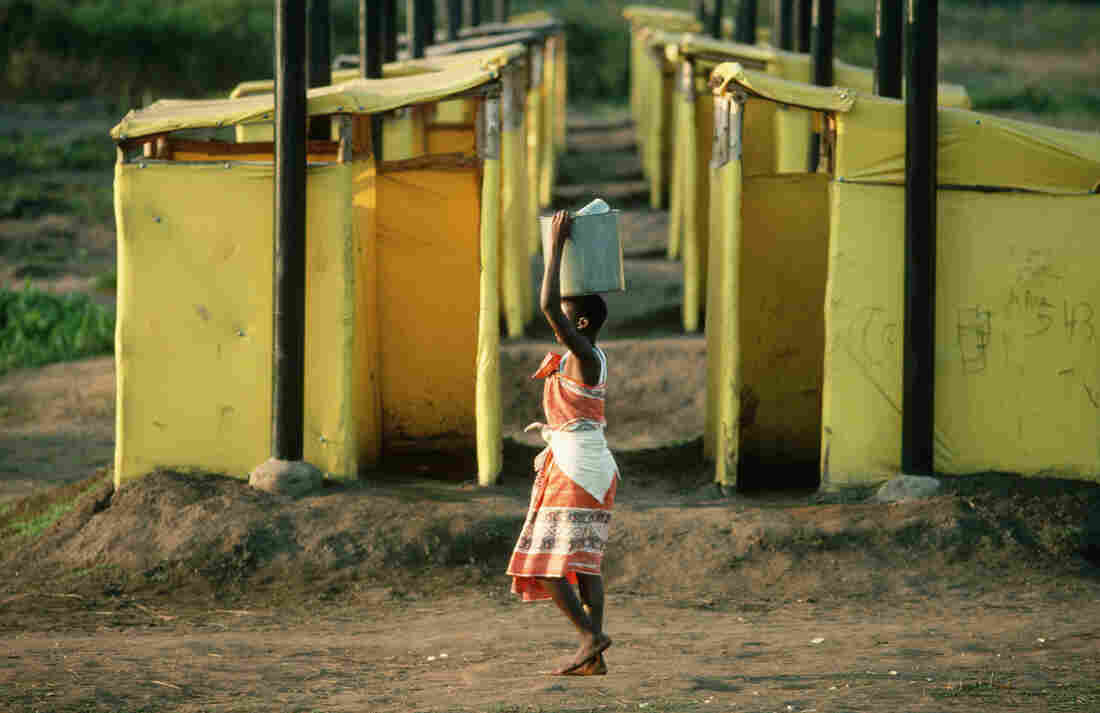 A toilet at a refugee camp in Malawi. Peter Turnley/Corbis/VCG via Getty Images hide caption 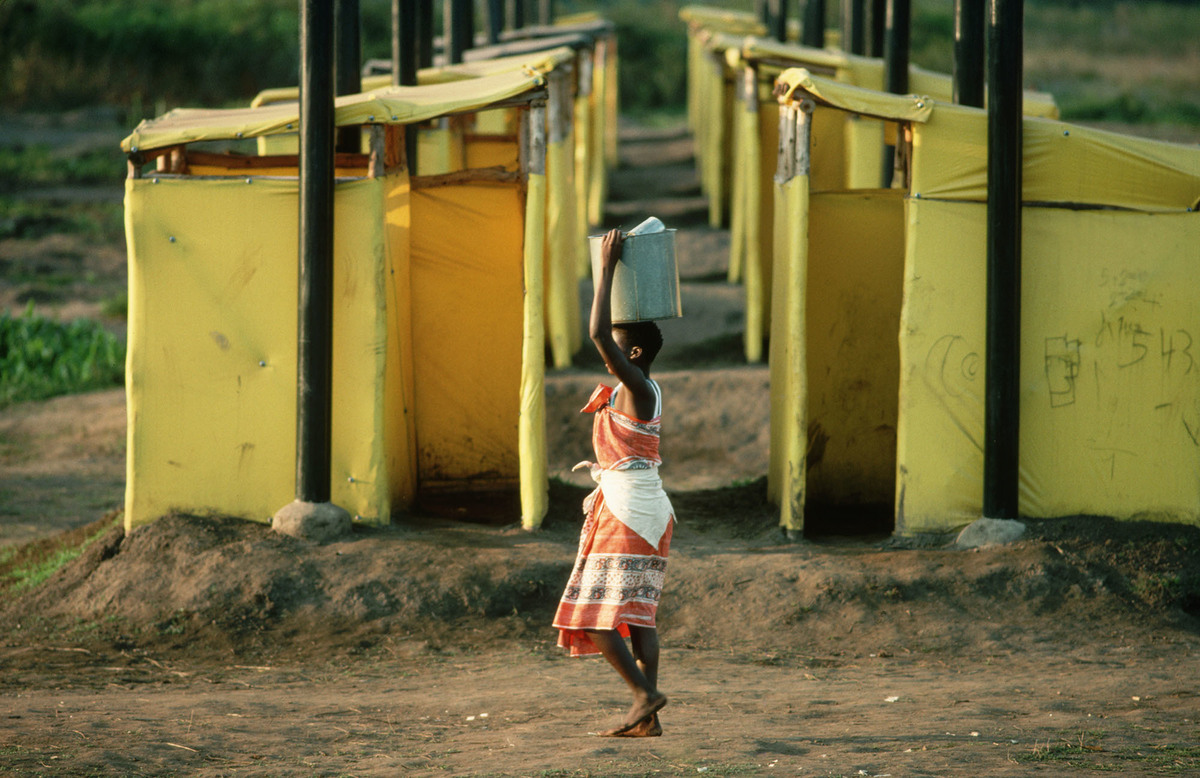 A toilet at a refugee camp in Malawi.

Just because there's a toilet built for women and girls, it doesn't necessarily meet their needs.

A growing body of literature says public and school toilets in low- and middle-income countries all too often lack the basic elements women need for privacy and safety, and have design flaws that can leave users vulnerable to violent attacks.

The latest study, out this month in the Journal of Adolescence, looks at menstrual needs. Interviewing 312 girls in three provinces in Pakistan, the researchers found toilets showed "gender-insensitive design," lacked disposal options for menstrual products and were unsafely located.

A design guide called "Female-Friendly Public And Community Toilets" explains what features are essential and desirable in a bathroom facility for women. The guide, released in 2018, was authored by an international team of WASH specialists from nonprofit groups and academia (WASH stands for "water, sanitation and hygiene management").

Marni Sommer of the Columbia University Mailman School of Public Health, researches and advises on menstrual health management in emergency contexts. She and her team have created a toolkit with a chapter on female toilet design, intended to be applicable across a range of cultural and geographic contexts. "It's slight modifications," she says. "Not an entirely different structure or approach."

Asked why such guidance is necessary, the specialists interviewed for this story offer a variety of theories. Chris Bobel is a professor at the University of Massachusetts Boston and author of The Managed Body: Developing Girls and Menstrual Health in the Global South. "Whenever there's a lot of people and inadequate resources, toilets are often the thing that people sort of cut corners on," Bobel says.

Poop is part of the problem, especially in urban areas and emergency contexts, says Louisa Gosling, a program manager at WaterAid, an international London-headquartered NGO that co-authored the "Female-Friendly" guide. "Historically," Gosling says, "[toilet designers] were focused more on the issue of separating people from feces, you know, it's all about the pit. Not so much about the experience of the user." User-focused design is now catching on, she says.

Ultimately all the WASH specialists agreed that the primary reason more toilets aren't female-friendly in the first place is the under-representation of people who menstruate in toilet construction, design and engineering.

The guides put safety considerations at the top of the list. For example, they say that toilet doors should have internal locks and that toilets should be situated in an accessible location that's not poorly-lit or too remote.

"It's not trivial," Bobel adds. "I know that women in some settings will dehydrate because they don't want to have to get up in the middle of the night and go try to urinate because that might be unsafe."

Besides safety, another key consideration in both design guides is that the bathrooms need to account for menstrual hygiene practices.

"When you're menstruating," Gosling says, "and changing your products, whether that's something you throw away or something that you wash and reuse, you'll need water and soap, ideally." She adds that toilets should include a place to dispose of single-use products "safely and in a dignified way," like a designated menstrual waste container within an individual stall.

Bobel points out that although many men in low- and middle-income countries are also impacted by inadequate toilet facilities, "certainly female bodies have particular needs." She said, "I don't want to reinforce stigma by saying that menstruation must be private, but I want to be realistic. Because menstruation is so deeply stigmatized, there is a need for more privacy" for women's facilities. In her guide for emergency contexts, Sommer notes that construction materials should be opaque and shouldn't leave holes or gaps in the roof or walls.

Additional recommendations are that toilets have hooks or shelves to keep personal items and garments off the floor, be accessible to all users, be affordable and available, be well-maintained and accommodate women who are accompanied by children or elders they care for. For example, a caregiver-friendly toilet would be big enough for more than one person.

But that issue raises another concern. Men can be caregivers, and some transgender men can menstruate. "What we need," says Bobel, "are inclusive, supportive toilets for all bodies."

The original version of this story incorrectly stated that Marni Sommer was an author of the publication "Female-Friendly Public And Community Toilets: A Guide For Planners And Decision Makers." She in fact co-authored a different publication: "A Toolkit For Integrating Menstrual Hygiene Management (MHM) Into Humanitarian Response."