Accessibility links
'Sex For Grades': How The BBC Exposed A Scandal In West Africa : Goats and Soda Professors at prominent universities in Ghana and Nigeria were caught on camera by the BBC asking their students for sexual favors. 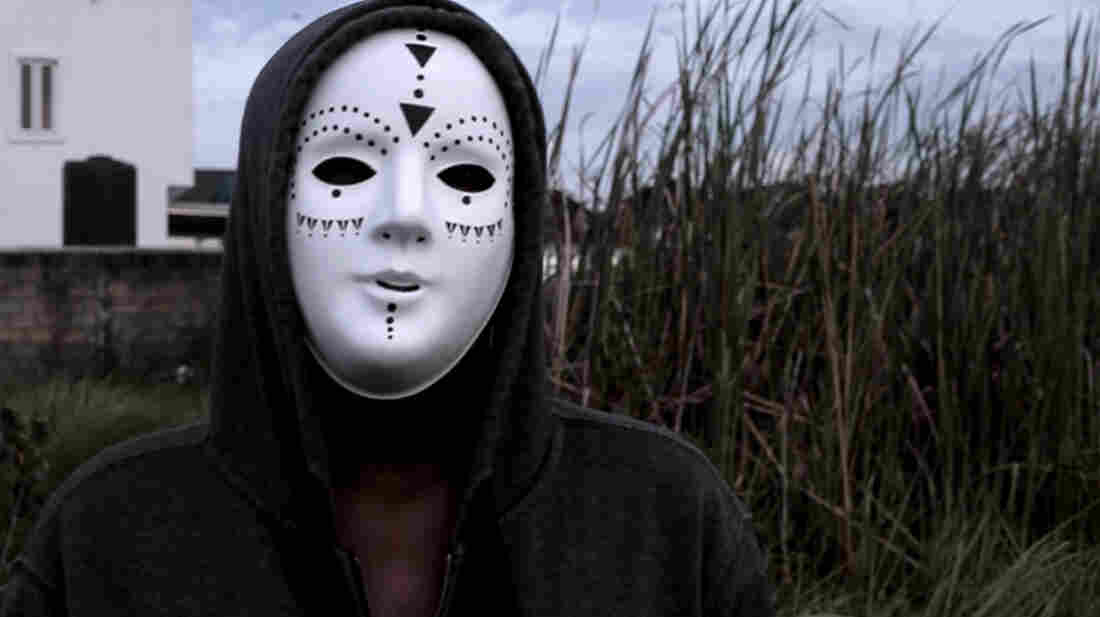 In the BBC documentary about sexual harassment at universities in Nigeria and Ghana, several sources and reporters wore masks onscreen to preserve their anonymity. BBC Africa Eye hide caption 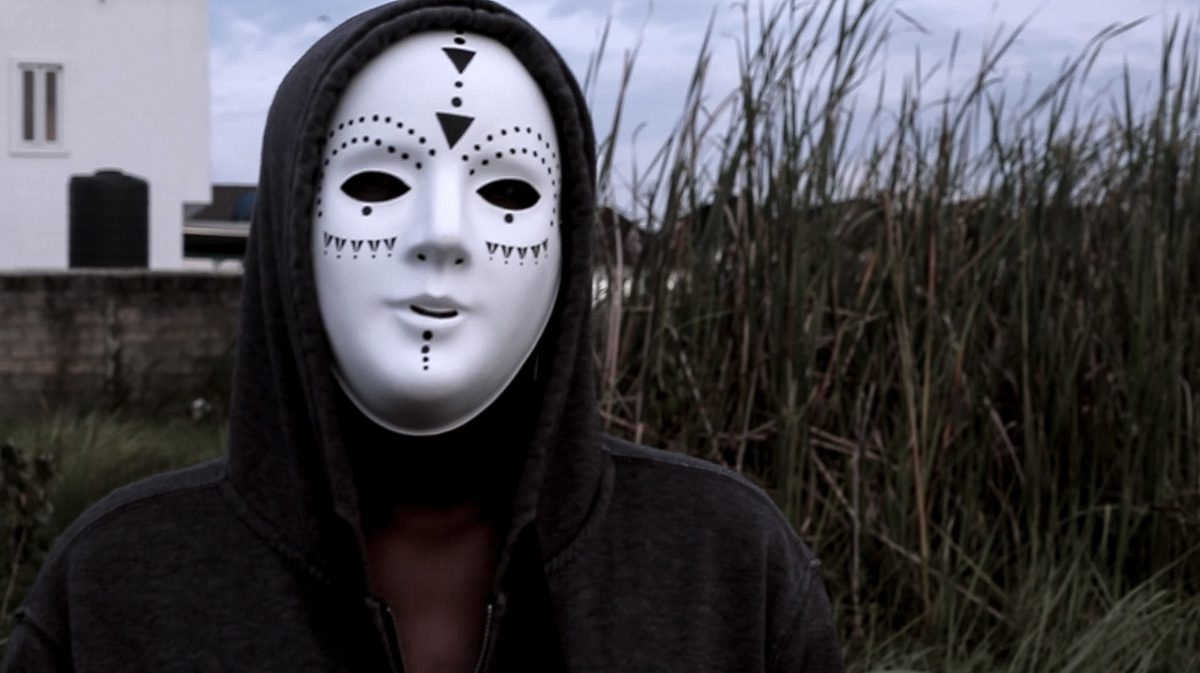 In the BBC documentary about sexual harassment at universities in Nigeria and Ghana, several sources and reporters wore masks onscreen to preserve their anonymity.

"I'm a 28-year-old who never got to finish school because of one thing," says Kiki Mordi. "It wasn't because I wasn't brilliant or anything — I was a high flyer when I was growing up. But I didn't even finish. All because of sexual harassment."

According to Mordi, one of her professors withheld her exam results for two semesters because she refused his sexual advances, leading her to drop out of school and give up her dream of becoming a doctor. Mordi tried to report her sexual harassment at the time but says, "It was clear nothing was going to be done."

"That's robbery," she says. "If there's any one place in the world girls should feel safe, it's school."

Mordi pursued journalism instead, and her most recent project — the BBC Africa Eye documentary Sex for Grades — tackles sexual harassment at West African universities. Mordi and her team interviewed dozens of current and former students about their experiences with sexual harassment.

Their research culminated in an hourlong film that shows Mordi and three other undercover reporters using hidden cameras over the course of three months to film lecturers at the regionally prominent University of Lagos and University of Ghana. In the footage, lecturers harass, proposition and attempt to blackmail Mordi and her fellow reporters in closed-door meetings.

The documentary aims to open the door for conversation about a topic that Olabukunola Williams, executive director of the Nigerian nonprofit Education as a Vaccine, says is "pervasive in Nigeria."

Sexual harassment at universities, she says, "is like an open secret, it's crazy. Everybody has a story."

Williams, who was not involved in the BBC investigation, credits the documentary with providing concrete evidence of the problem.

"We've been having this conversation for so long in this country," she says. "What this documentary did was force us to confront it. We're at a point, finally, where people can no longer look away or pretend it doesn't exist or that it's just a few people who do this."

The investigation was initiated, Mordi says, after BBC Africa Eye received "tons" of messages from West Africa and "all over the continent" requesting a report on this topic.

"We spent nine months looking for evidence to suggest the scale of the problem," she says. "What we found was even more shocking than what we expected to find."

The undercover reporters targeted lecturers named by unidentified informants as known serial harassers. Paul Kwame Butakor — a lecturer at the University of Ghana, where sexual relationships between faculty and students are prohibited under university policy — is filmed promising a job to an undercover reporter if she agrees to let him be her "side guy," adding that "my wife is not in the country."

Butakor, as well as another University of Ghana lecturer implicated in the documentary, denied offering "sex for grades." 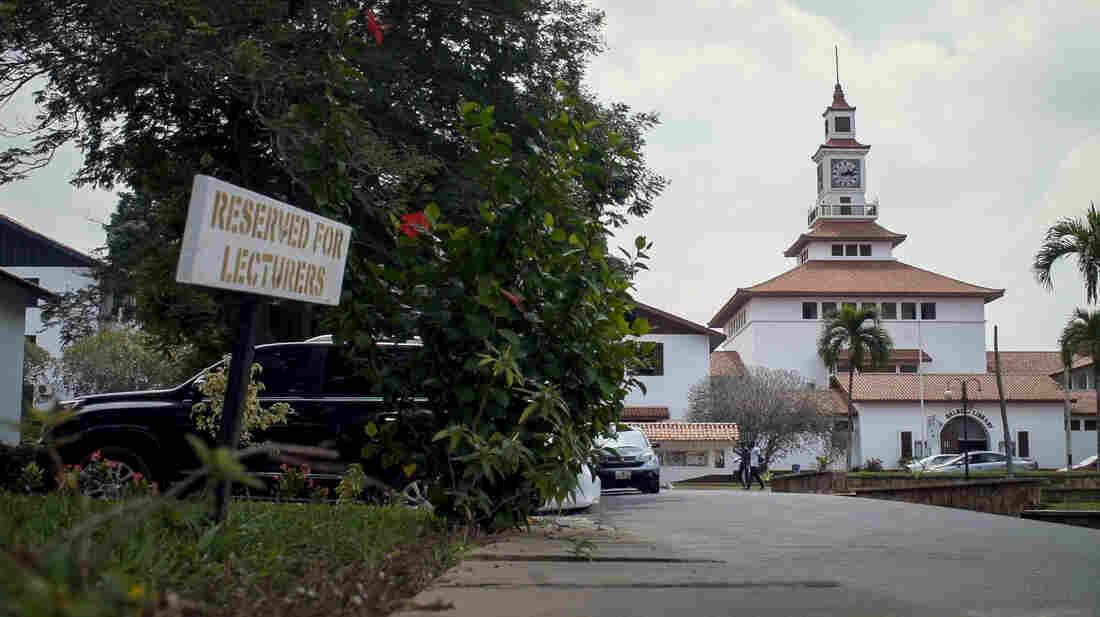 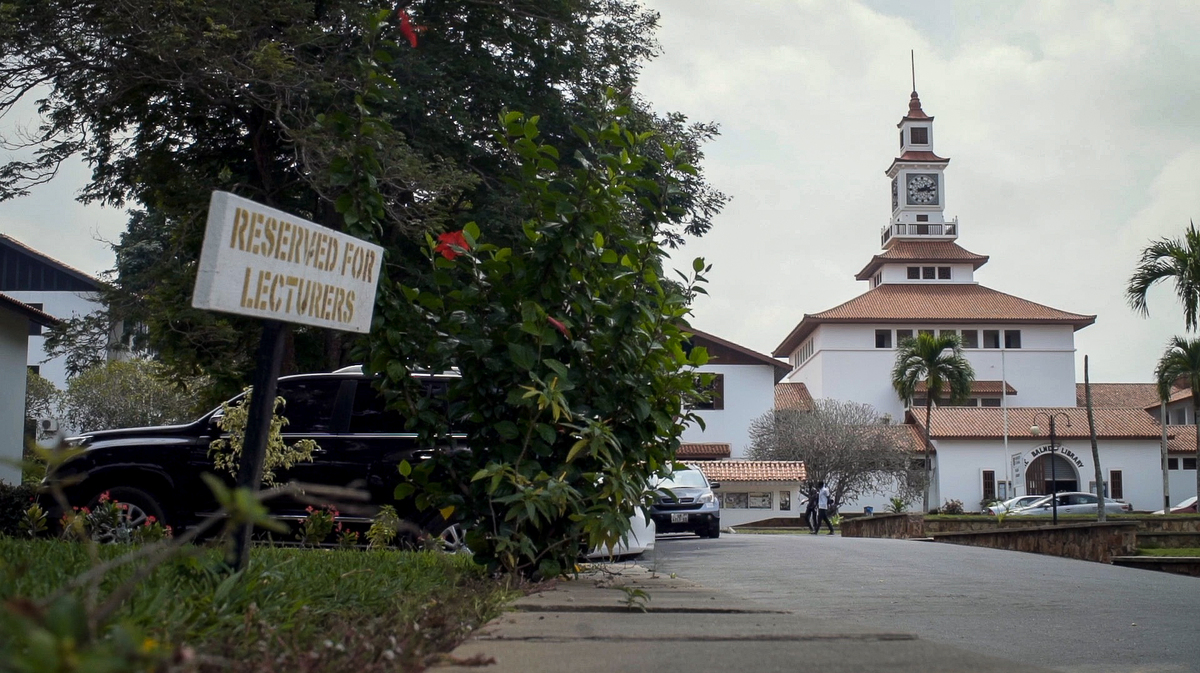 Another journalist poses as a 17-year-old seeking admission to Igbeneghu Boniface's department at University of Lagos. Igbeneghu, a lecturer and a local pastor, is shown on camera asking the undercover reporter about her sexual history, describing a university club in which lecturers kiss girls and repeatedly asking the reporter for kisses. These exchanges took place at several meetings inside his university office that were nominally about counseling the student on how to gain university admission.

During a filmed conversation at one such meeting, the reporter suggests to Igbeneghu that girls who engage in relationships with professors receive unfair treatment. Igbeneghu responds, "Of course now, that is the benefit. He will pass her very well now." The reporter again suggests that's unfair, and Igbeneghu says, "It's not free for the girl now. Is she not paying for it ... with her body?" Igbeneghu alleges the BBC "set [him] up" and has repeatedly referred to the documentary as a "hoax" on his personal Facebook page.

Both universities have issued statements announcing the suspension of the lecturers caught on film, and Igbeneghu's church has asked him to step down. NPR reached out to Butakor and Igbeneghu for further comment but did not receive a response in time for publication.

The documentary has inspired action at the national level as well. The Nigerian Senate has reintroduced legislation that would criminalize sexual advances by lecturers toward students and carry mandatory jail time for lecturers found guilty of sexual harassment.

Mordi says the swift public reaction to the documentary has surprised her.

"We're so used to things being slow," she says. "It reinforces the conviction that we've always had to do something about this problem."

The Stand to End Rape Initiative, a Nigerian nonprofit advocacy organization that provided logistical and research support for the documentary, has seen an increase of reports of sexual assault and harassment since the documentary's premiere, according to executive director Oluwaseun Ayodeji Osowobi.

Osowobi says the problem with sexual harassment in Nigeria goes beyond universities to politics and workplaces in general.

"This is what happens when men cannot respect the power given to them, and they want to abuse it," she says. "Men feel invincible. This moment is women saying, 'You're not.' "

Osowobi points out that the University of Ghana had a sexual harassment policy in place when the documentary was filmed. For policies to be functional, she says, "students have to know their rights and see the system work. Students need to see universities taking immediate response to complaints. Once that happens to one professor — or employer — that will have a ripple effect."

Williams says that Nigeria is "not quite at the level of a cultural shift" in terms of changing religious and cultural norms around women's treatment in society, but it's on the verge. She says that to get there, the conversation would need to extend from urban centers to rural areas where "people need to see traditional religious leaders having these conversations." Those individuals "hold a lot of trust," she says.

While sexual harassment is a problem in and of itself, it has a cascading impact, says Mordi. "Apart from the robbery of sexual agency of young, impressionable women, there is also robbery of their education. Here in Nigeria, we're trying to bridge the education gap between male and female. We can't do that while we have women being groped." 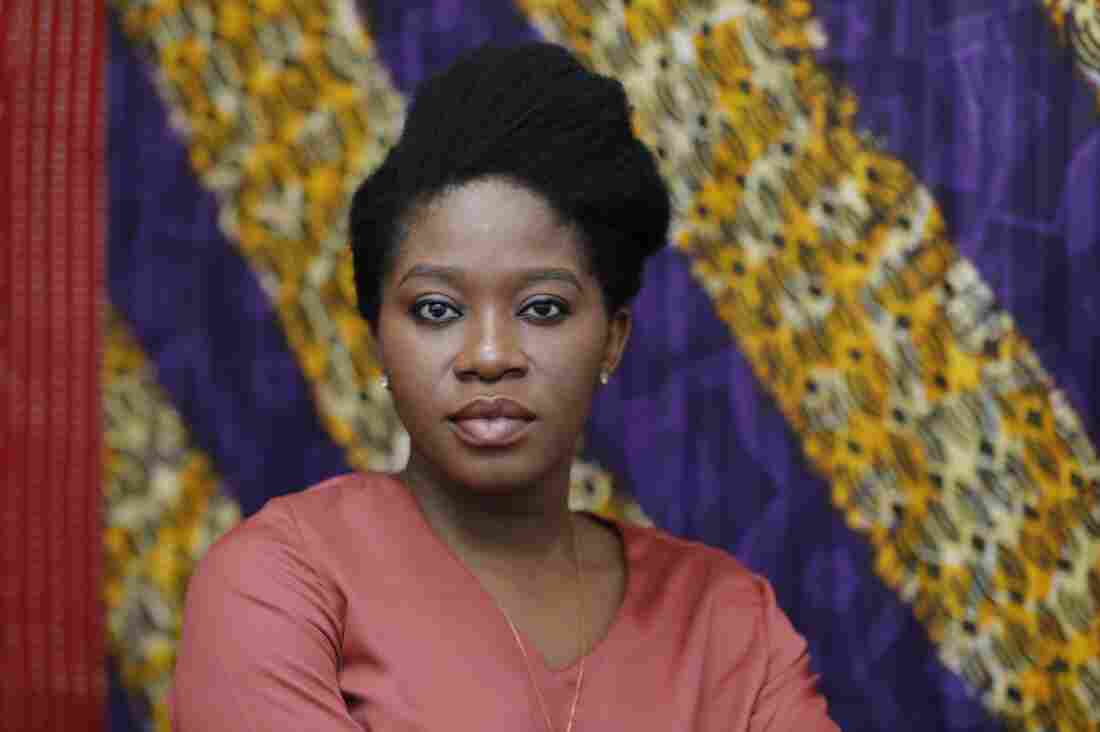 Kiki Mordi, a Nigerian journalist, was lead reporter for the BBC Africa Eye documentary Sex for Grades. She has a personal interest in the topic: "I'm a 28-year-old who never got to finish school .. all because of sexual harassment," she says. Gift Ufuoma/BBC Africa Eye hide caption 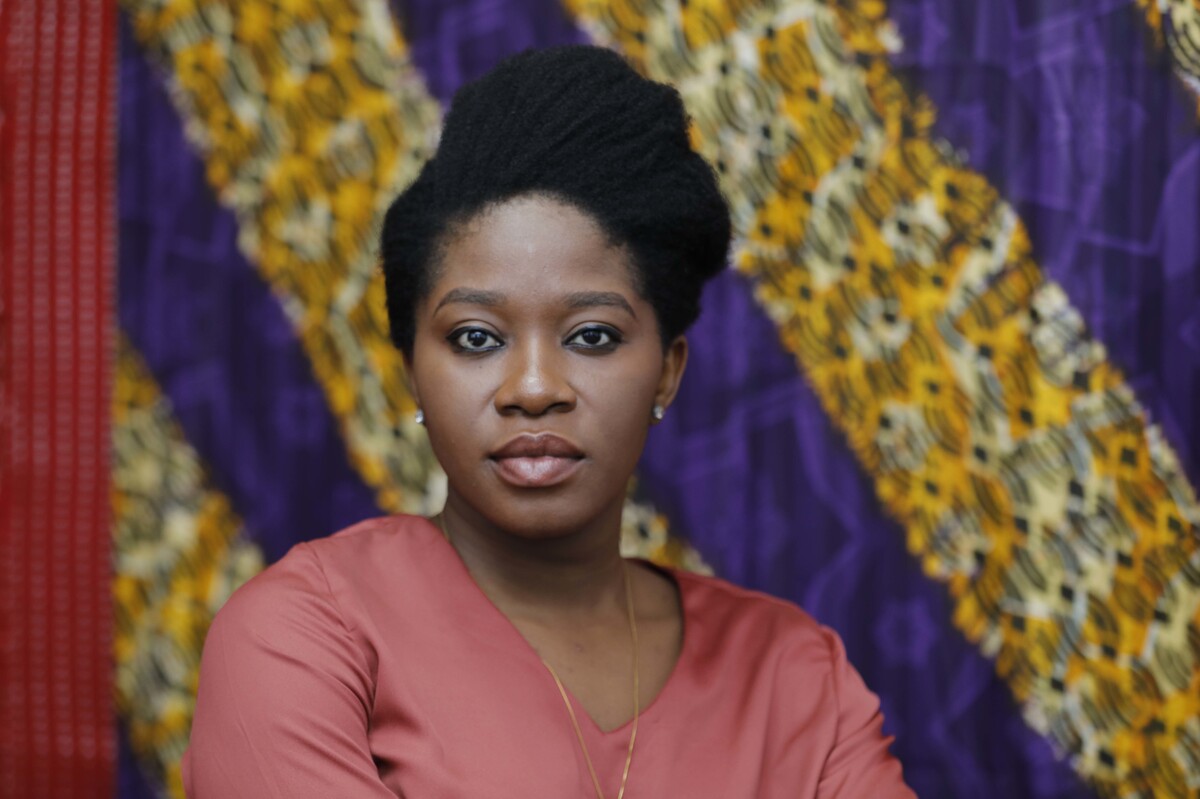 Kiki Mordi, a Nigerian journalist, was lead reporter for the BBC Africa Eye documentary Sex for Grades. She has a personal interest in the topic: "I'm a 28-year-old who never got to finish school .. all because of sexual harassment," she says.

Mordi says if the film had existed when she was still a student facing the harassment of her professor, "I probably would have gone public sooner. At the time, I couldn't even tell my mom all of it." Her hope is that the documentary can help students experiencing sexual harassment understand that they're not alone.

For organizations dedicated to spreading that message, the public attention brought by the documentary is a welcome opportunity to push for change. "We are holding up a mirror to our society and saying, 'This is who you are. This is what you are doing,' " says Williams.

If there is going to be change, she says, "this is the time."