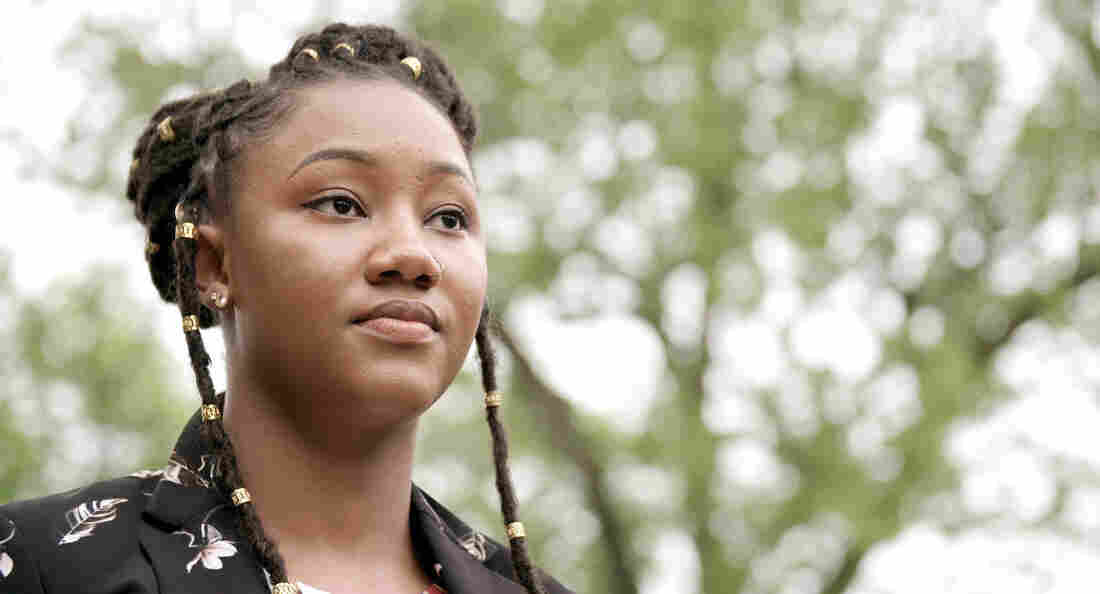 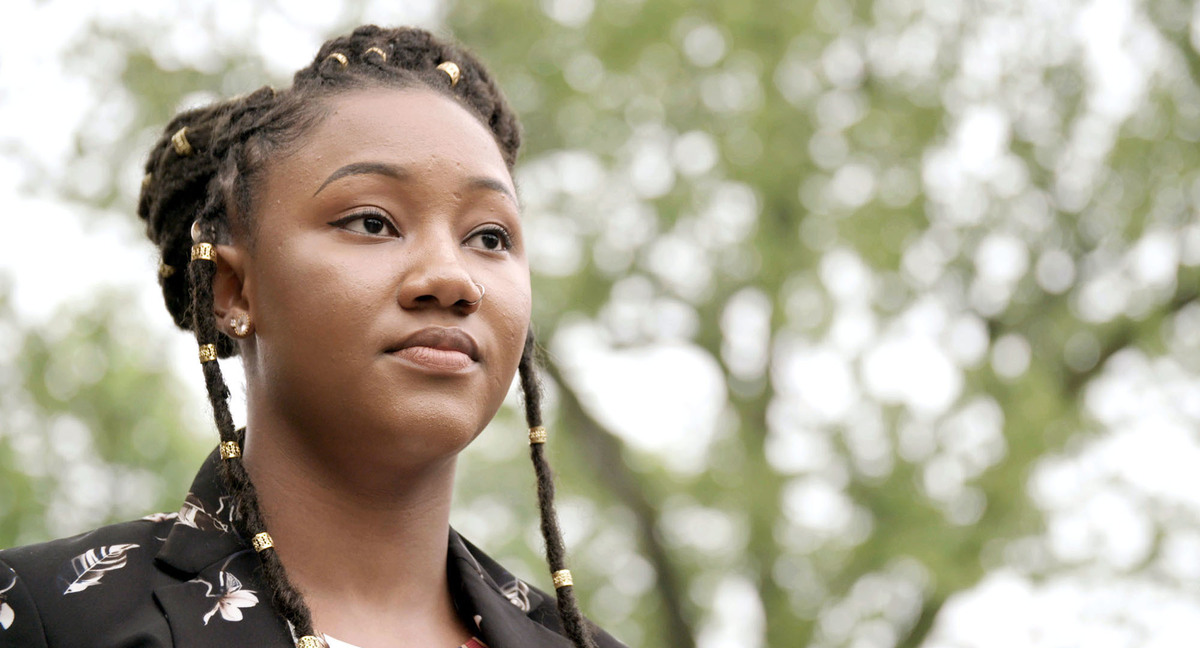 Fatou "Toufah" Jallow says she was raped by former Gambian president Yahya Jammeh. She now lives in Canada but returned home to testify before the nation's Truth Commission.

It seemed like a fairy tale. At the age of 18, Fatou Jallow won a beauty pageant sponsored by the Gambian president and run by the Ministry of Education's Gender Department. She was showered with gifts—clothes, cash, furniture for her parent's house, even a new iPhone. She was invited to public events with president Yahya Jammeh — and to meet with him privately at his residence. A black government Jeep would pick her up from her house, which didn't have running water, and take her to the presidential palace. The most significant prize for winning the beauty pageant was supposed to be a scholarship to study abroad.

Instead, Jallow says, she got raped by president Jammeh.

In testimony last week before Gambia's Truth Reconciliation and Reparations Commission, Jallow described how government officials groomed young women and girls to be sexually assaulted by the leader.

Yahya Jammeh came to power in Gambia in a coup in 1994. The 29-year-old army officer grew into one of Africa's most ruthless and eccentric rulers. At one point he told the BBC he would rule Gambia for a "billion years." He was voted out of office in December of 2016 and fled into exile a few weeks later. As he left one of the poorest countries in the world, he allegedly took his customized Rolls-Royce with him, along with several other luxury vehicles.

The Truth, Reconciliation and Reparations Commission was established last year to investigate alleged human rights violations committed during Jammeh's 22 year rule. Jammeh now lives in exile in Equatorial Guinea, and hasn't publicly responded to Jallow's accusations of rape since she first made them in a press conference in June. Supporters from Jammeh's political party in Gambia denounce the allegations as false. Several witnesses, however, have testified before the Truth Commission about other sexual abuse by Jammeh and how officials at the State House recruited "protocol girls" and foreign prostitutes to have sex with the president.

"He held onto my arms here and then he dragged me," Jallow testified last week to the Truth Commission about a night when she had been summoned to the presidential palace for a Ramadan celebration. She'd been left waiting alone in a room at the State House. Then, suddenly, President Jammeh entered.

"His eyes were very red and that scared me," she told the commission. "I greeted him and he didn't respond."

Weeks earlier, after getting off the phone with his wife, Jammeh had asked Jallow to marry him. Polygamy is common in Gambia. Jallow didn't know if the president was joking but she rejected his offer. 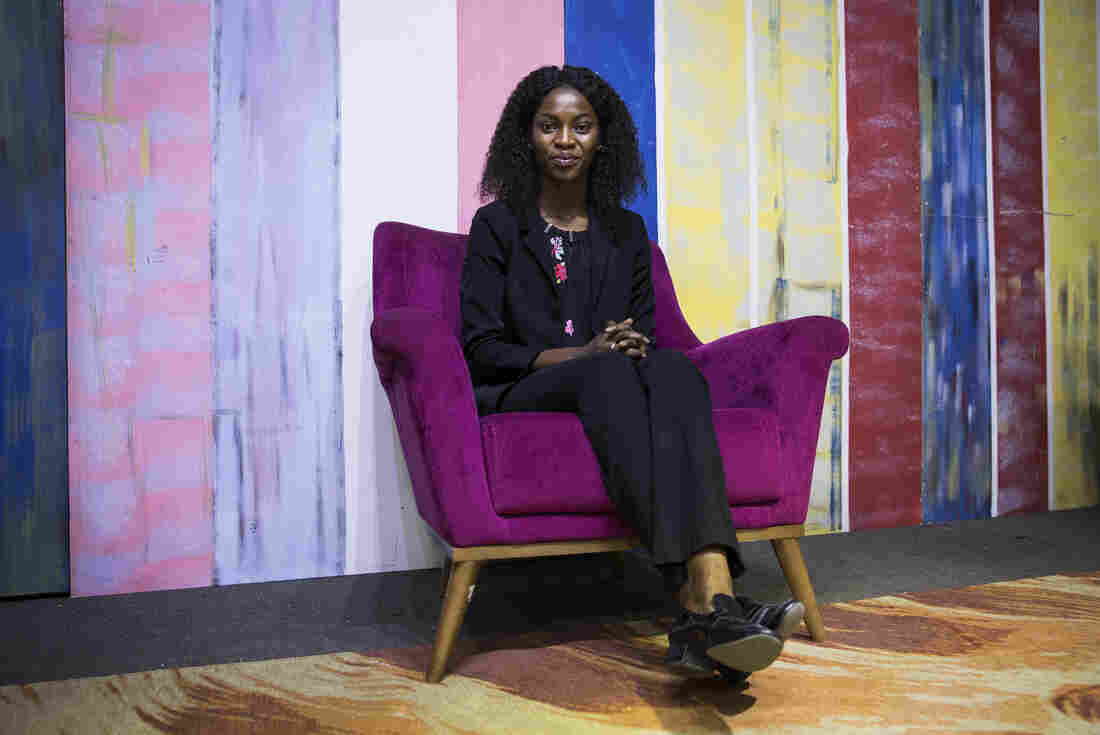 Fatou Ellika Muloshi, a reporter and anchor with Gambia Radio and Television Services, says Jallow's rape accusations against the former president opened up a national conversation about sexual abuse in the country. Samantha Reinders for NPR hide caption 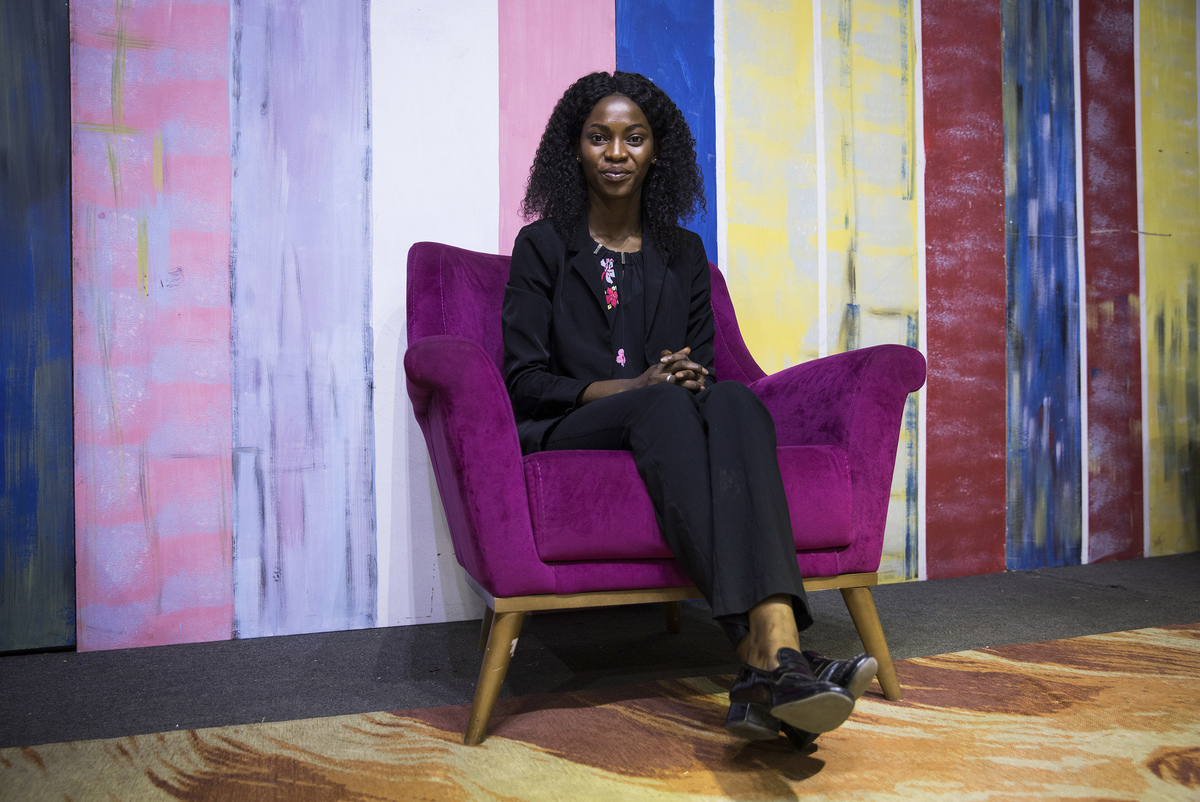 Fatou Ellika Muloshi, a reporter and anchor with Gambia Radio and Television Services, says Jallow's rape accusations against the former president opened up a national conversation about sexual abuse in the country.

Now she was alone with him. He was angry. His eyes were red. Jallow testified that the events of that night are jumbled in her memory but she remembers him saying, "Who do you think you are? And that he is the president and that he gets any woman that he wants."

She says he shoved her in to a bedroom and then locked the door behind him.

"It was white in the room... the couch, the pillows, the bed, the ceiling," she recalled, slowly wiping at the corners of her eyes.

"He said let's see if you are a virgin. And swear to God I was scared."

She says she pleaded with him not to rape her but she testified in graphic detail that he did.

"As all of this is happening I am hearing the Qur'anic recitations in the background," she says of the Ramadan celebration happening at the compound during the assault. Imams were preaching over loudspeakers. "I could hear it loud and clear, and so could he."

She testified that he also injected her with some unknown substance and sodomized her.

Gambia is a relatively conservative country. Most Gambians are Muslim. Local activists say there's been very little public discussion about rape or public assault. Jallow's allegations sparked a #MeToo movement in the country that has since engulfed other government officials including a deputy secretary in the ministry of foreign affairs. Human Rights Watch says Jallow's mistreatment was part of a pattern of abuse by Jammeh.

Madi Jobarteh, a pro-democracy activist who's be involved with local development groups in Gambia or decades, says Jallow's press conference this summer was shocking. 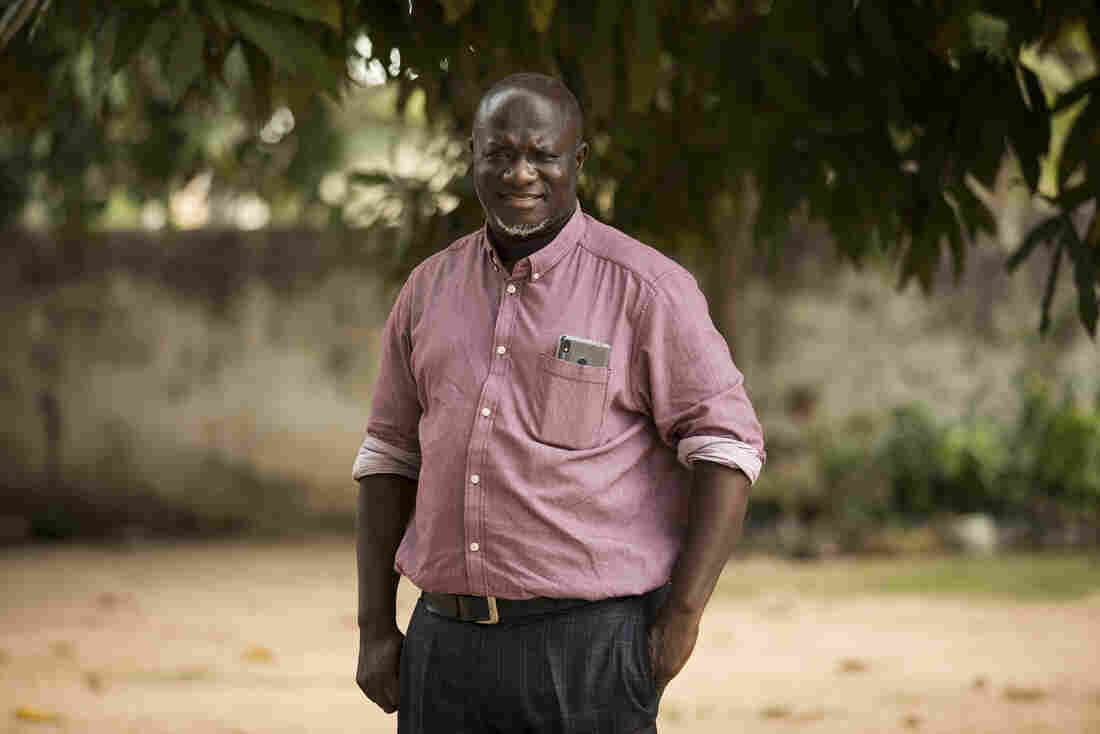 Activist Madi Jobarteh says it took incredible courage for Jallow to talk publicly about being raped in a country that doesn't want to admit that sexual assault is a problem. Samantha Reinders for NPR hide caption

"I call it a revolution," Jobarteh says. "It was totally brave on her part and explosive for all of us."

"Gambia is a very patriarchal society. Women are severely suppressed, marginalized. So the word of a woman, it's not something that carries a lot of weight."

Jallow is also known as Toufah. After her press conference, there were protests in the Gambian capital to support Jallow and social media in the country lit up with #IamToufah.

Mainuna Jahatta, who works in a lab doing research on malaria says the #IamToufah campaign this summer was a watershed moment in her country. 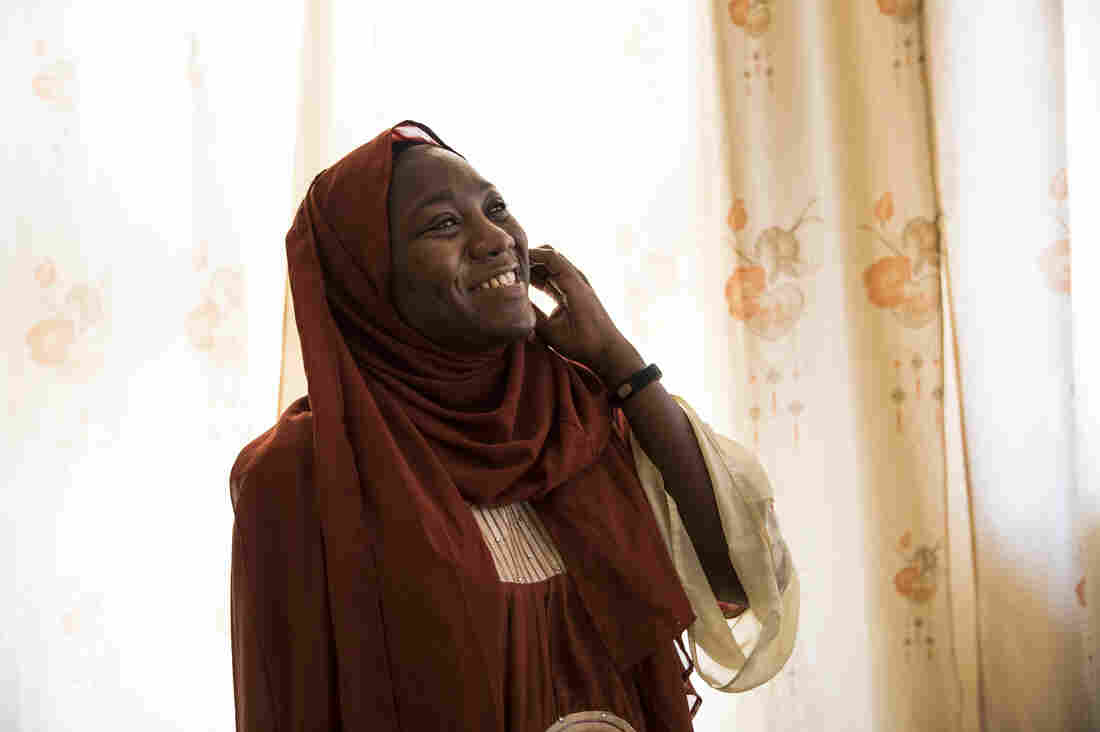 Mainura Jahatta, a 26 year old medical researcher in the Gambian capital, says Jallow aka Toufah is an inspiration to other young women in her country. Samantha Reinders for NPR hide caption 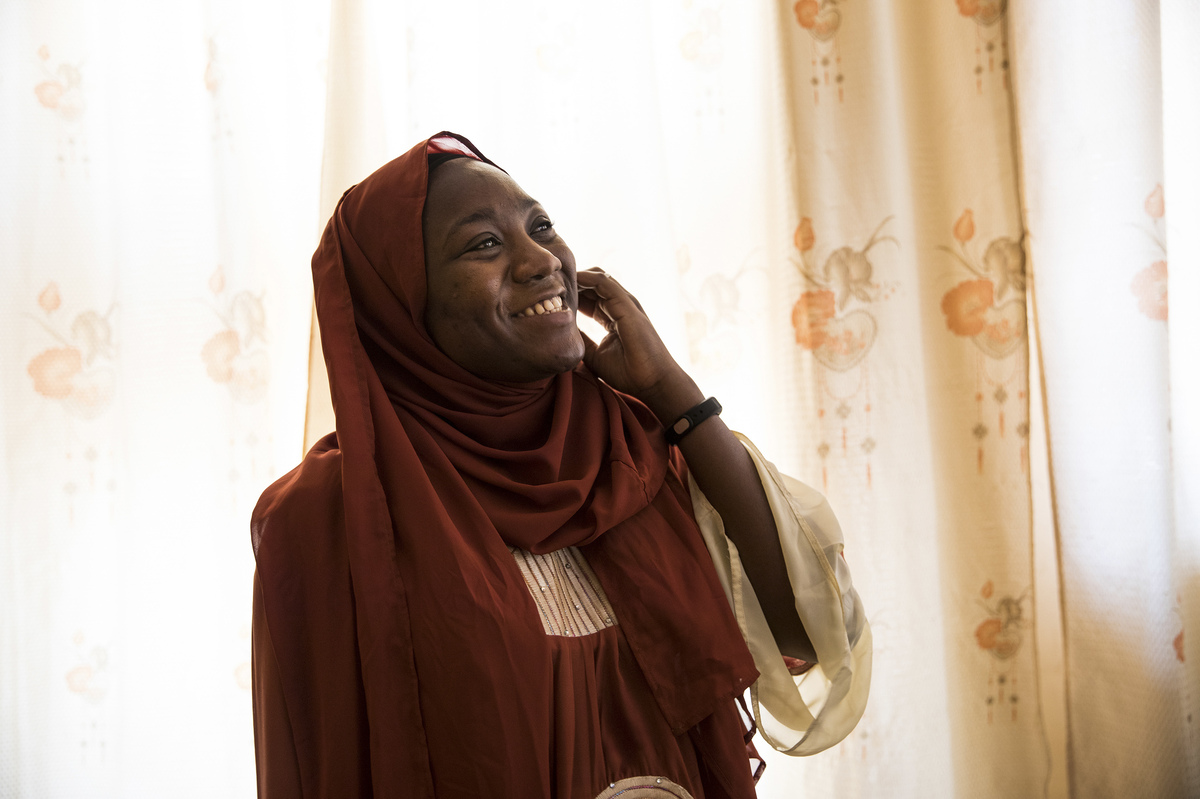 Mainura Jahatta, a 26 year old medical researcher in the Gambian capital, says Jallow aka Toufah is an inspiration to other young women in her country.

"I'm 26 now but I've never seen this happening on our Gambian social media where girls will be speaking up against who did this to them. Her [Jallow] speaking out has definitely changed the story here."

She says she even recently had a conversation with her younger sister, who's 15, about Jallow.

"I said, if someone does anything that's inappropriate, you need to tell me or tell my mom or tell dad. So it's brought up a lot of conversation in the household. People feel more free now to speak up against sexual violence and abuse."

She says she even makes a point when she's out in public of asking strangers if they've heard that "awful story about Toufah." Jahatta says the responses surprise her. "I was just in a taxi and he said 'If this kind of thing should have happened to my daughter I want her to come to me and talk to me.' So it's been bringing up a lot of conversations and across all economic backgrounds."

And now that the conversation has started, she says it isn't going to stop.

"We're ready for change," she says. "And women are done being quiet about this injustice that's happening everywhere. So there's no going back."