Accessibility links
Sweeping Study Points To Devastating Impact Of Climate Change On Global Health : Goats and Soda A sweeping study in The Lancet finds that longstanding progress in treating diseases and reducing childhood deaths is in jeopardy. 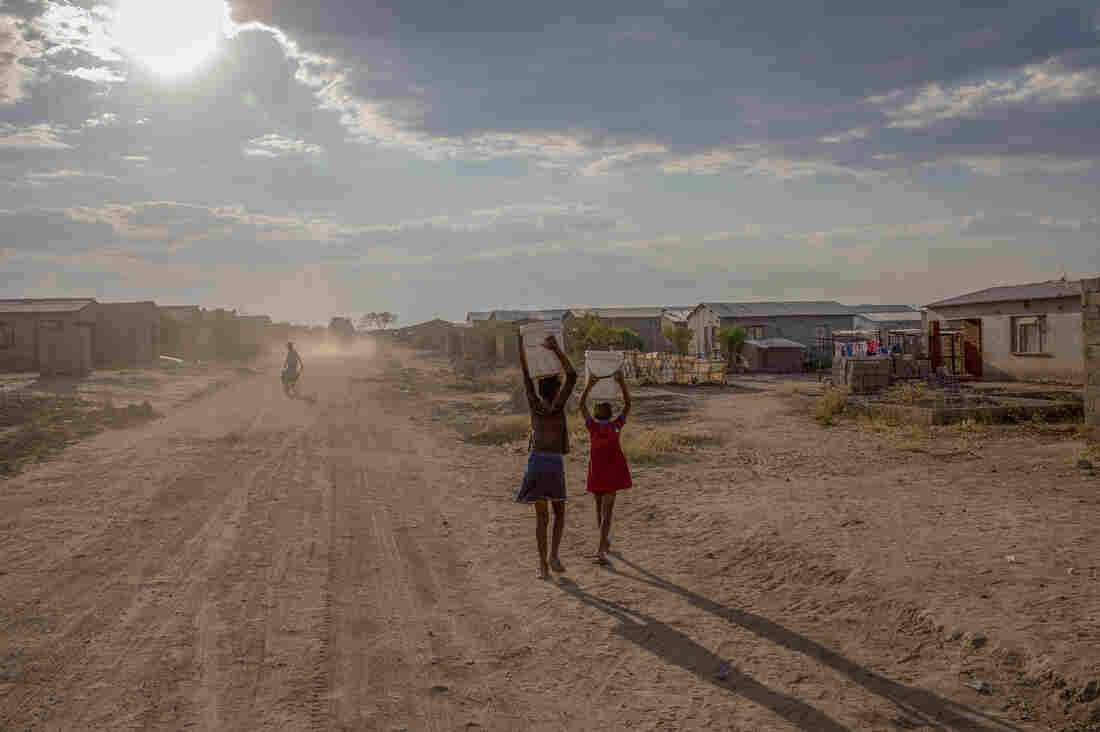 Girls carry containers of water filled from the local communal tap Zimbabwe, which is in the grip of a nationwide drought that has been linked to climate change. Cynthia R. Matonhodze/Bloomberg/Getty Images hide caption 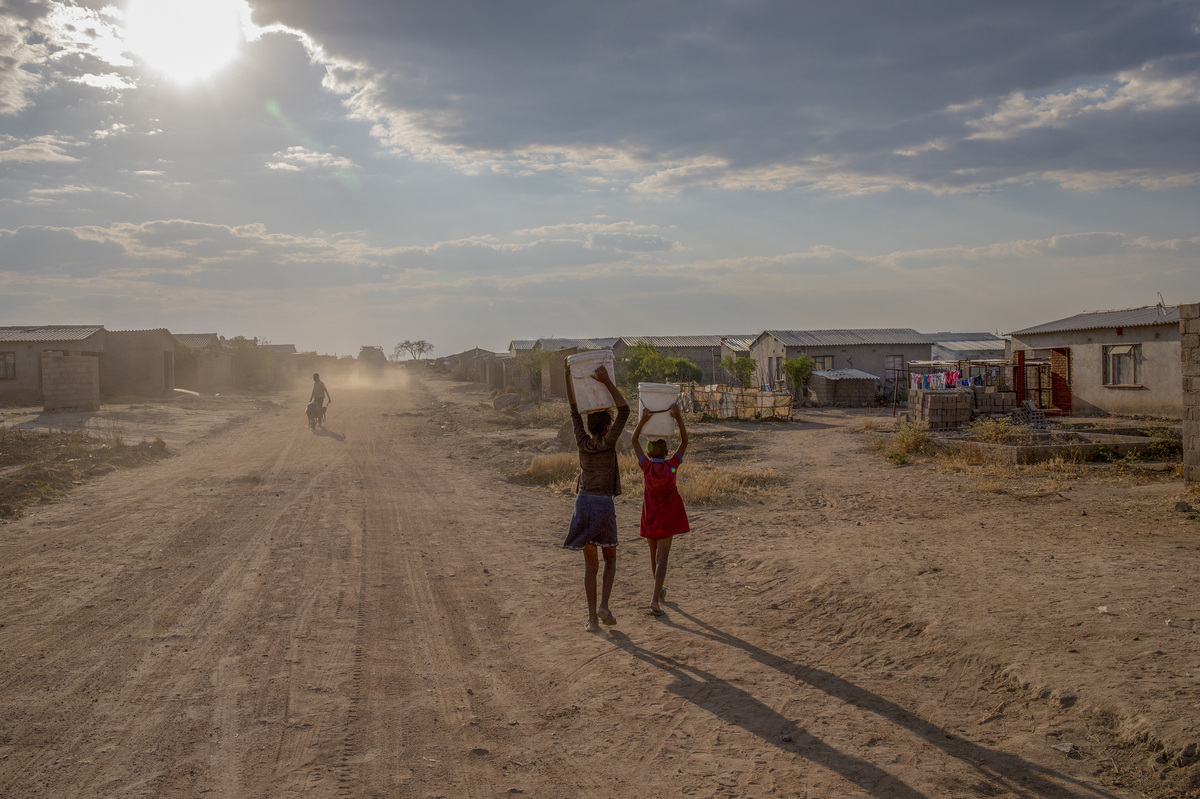 Girls carry containers of water filled from the local communal tap Zimbabwe, which is in the grip of a nationwide drought that has been linked to climate change.

When it comes to global health, the world has made remarkable strides over the past two decades. There has been unprecedented progress vaccinating kids, treating diseases and lifting millions out of poverty. The childhood death rate has been slashed in half since 2000. Adults are living an average 5 1/2 years longer.

Now scientists say these successes are under serious threat from climate change. The warning comes in a sweeping new study in the journal The Lancet. It's the latest in an annual — and evolving — effort by researchers from more than a dozen universities as well as the World Health Organization to track the health impacts of climate change.

They note that even as the world has been doing so much to improve health, climate change has also been underway — slowly pushing up the average temperatures experienced around the planet by about 1.8 degrees Fahrenheit compared with in preindustrial times, roughly around the mid-19th century.

And that temperature boost has had a wide and complicated range of consequences for world health, says Dr. Nick Watts of University College London, who led the study.

For instance, it has meant the conditions for growing all sorts of crops around the world have become less favorable.

"Each of the major crops," Watts says. "We track maize; we track rice, soybean, and spring and winter wheat."

Watts says the research team found that the yield potential for these staple crops is now down as much as 6%.

That might not sound like much, but with reduced crop yields, "who is going to be the most vulnerable?" Watts asks. "Children."

Particularly kids in poorer countries. When fewer crops are produced, prices go up, and people get less food. That leads to malnutrition, which can be especially devastating for kids because their bodies are still growing.

"They end up with these health impacts that stick with them through the rest of their life — gastrointestinal disease, cardiovascular disease, cognitive defects," Watts says. "And that has a really profound lifelong impact that is irreversible."

Another health-related effect of climate change: It's improving conditions for the spread of a bacteria called Vibrio.

"It's a nasty bug. It causes all sorts of problems," Watts notes, including cholera, wound infections and diarrhea, which in poorer countries is an especially big killer for kids.

Here's how climate change plays a role: As the surface temperature of the ocean rises, the salinity patterns in the water shift.

"And then what you start to see is, over a period of time, those ideal conditions develop into algal blooms," Watts says.

The blooms then produce critical levels of Vibrio, which make it into the water supply and can then be ingested by humans.

Compared with the baseline prior to the acceleration of climate change, says Watts, "we have seen the number of days suitable around the world for the transmission of Vibrio double" — from 53 days to 107 days.

Even though these impacts disproportionately hit poor countries, the report's authors stress that every nation is affected.

Dr. Renee Salas is an emergency room doctor and Harvard professor who authored the report's section on the United States. "People living in the United States are experiencing the health harms of climate change today," she says.

Salas saw the impact in her own ER at Massachusetts General Hospital during a massive heat wave in Boston last July. An elderly man was carried in. He was in a terrible state of disorientation. He was living in low-income housing, Salas says. And he had no air conditioning.

"I'll always remember the ambulance crew said that when they opened the door the amount of heat that hit them was just really striking," she says.

Salas' research on climate change has sprung directly from these experiences.

"As an emergency medicine doctor, I'm trained to respond to emergencies," she says. "And I can think of no greater emergency facing the health of our country than climate change."