Accessibility links
To Fight 'Hidden Hunger,' How About A Nutrient-Packed Microparticle? : Goats and Soda To pack a healthier punch into staple foods like flour, researchers borrowed technology from the pharmaceutical industry.

Could 'Hidden Hunger' Be Conquered With A Particle The Size Of A Grain Of Salt?

Could 'Hidden Hunger' Be Conquered With A Particle The Size Of A Grain Of Salt? 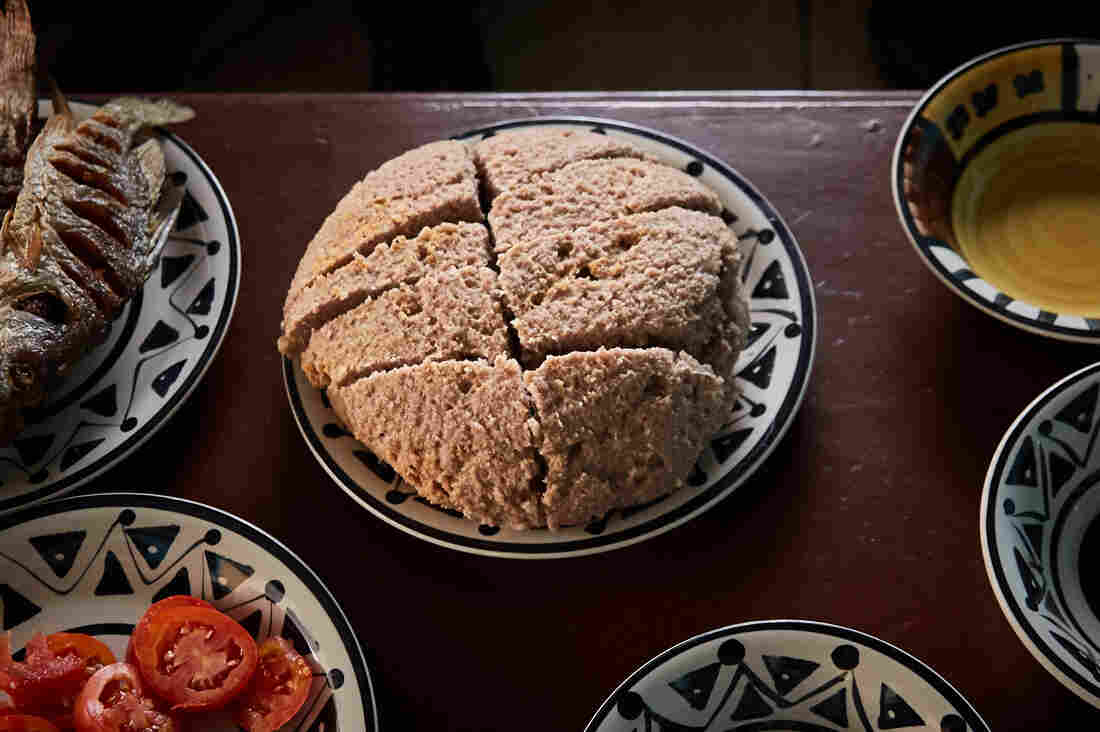 Ugali, a staple starch in many parts of Africa, is filling but lacking in micronutrients. Julia Gunther for NPR hide caption 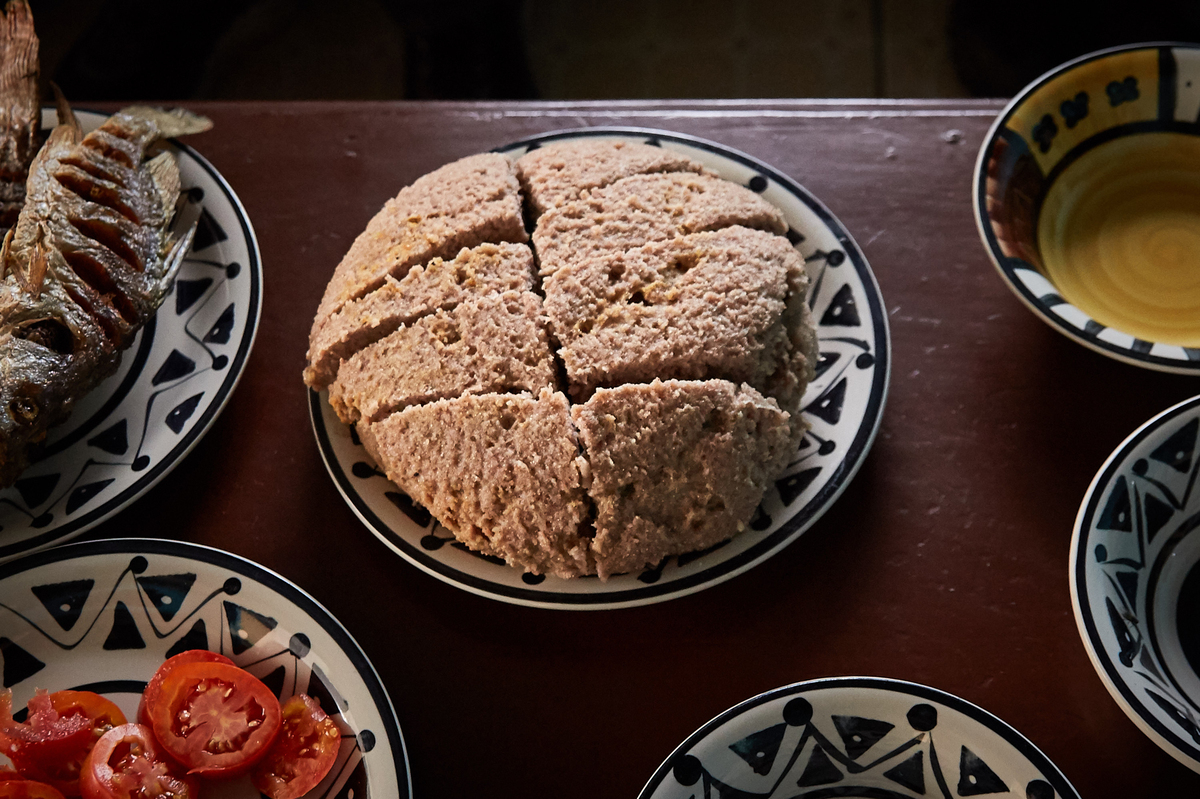 Ugali, a staple starch in many parts of Africa, is filling but lacking in micronutrients.

Staple foods and seasonings like flour and salt could be made more nutritious with a new technology that borrows from the pharmaceutical industry, according to a study published Wednesday in the journal Science Translational Medicine.

Two billion people worldwide suffer from so-called "hidden hunger" — they may eat enough calories to keep hunger at bay but don't get nearly enough micronutrients like iron, calcium and Vitamins A and B.

Hidden hunger is often the result of a diet that relies too much on staple carbohydrates like corn, rice and cassava that are low-cost and filling but not very nutritious and not enough on nutrient-packed fruits, vegetables and animal products.

Especially for children and pregnant women, hidden hunger can have severe, long-lasting health effects, including birth defects, decreased brain function, a compromised immune system and chronic fatigue. But in many low- and middle-income countries, high-nutrient foods — not to mention workarounds like vitamin supplement pills — are often scarce and expensive.

For decades, public health officials and researchers in the U.S. and around the world have rolled out a variety of special "fortified" foods meant to sneak micronutrients into basic staples almost everyone can afford: for example, iodized salt, wheat flour supplemented with iron or folic acid and oil supplemented with Vitamin A.

Today, fortified foods are everywhere: 137 countries legally require at least one food type to be fortified, according to the Global Fortification Data Exchange.

But fortified foods aren't always a perfect solution to hidden hunger. Iron-fortified foods sometimes have strange coloration and a metallic taste, which can turn consumers away. Some fortified foods don't carry enough nutrients to make a health difference, especially for infants. And just because a food is fortified doesn't mean the nutrients it carries will actually be absorbed by a person who eats it: Depending on how the food is stored and cooked, some nutrients may break down before they're consumed.

"A lot of times, people will fortify things and not check that it's actually working," says Richard Deckelbaum, director of the Institute of Human Nutrition at Columbia University, who was not involved in the new study.

The study, published by a group of medical researchers at the Massachusetts Institute of Technology and other institutions (with support from the Gates Foundation, which also supports this blog), offers a possible solution: Cram the nutrients into tiny packets that can withstand cooking but dissolve easily in the digestive system.

The packets are made from the same kind of consumable plastic as the coating on pills, but they're "smaller than a grain of sand," says Ana Jaklenec, a researcher at MIT's Koch Institute for Integrative Cancer Research, who helped author the study.

Jaklenec says the packets — the researchers call them "microparticles" — could be added into flour, salt, dehydrated soup stock cubes or any mass-produced, granular food as it's being processed in a factory. Each might contain up to four different kinds of nutrients, from a menu of 11 the researchers experimented with, including iron, zinc, iodine and vitamins A, B12, C and D. The specific recipe, if the technology were to be rolled out widely, could vary between locations based on local tastes (which kinds of flour are most popular, for example), demographics (childrens' nutrient requirements are different from adults) and public health deficiencies.

Unlike pills, which are manufactured on mechanical assembly lines, the microparticles are made with chemistry: The nutrients and the plastic wrapper bond to each other in a bath of water and oil, forming unified particles that can be pulled out with the rotating device known as a centrifuge.

In a lab, the researchers packed some of the microparticles with vitamin A and fed them to rats. The vitamin A was dyed, so it could be distinguished from natural vitamin A in blood samples. The test showed success in boosting the rats' vitamin A concentration.

Later, they fed meals of whole-grain porridge with vegetable sauce, made including iron-packed microparticles, to a group of around two dozen people. An initial test showed a lower-than-expected iron uptake rate, so the researchers recalibrated the recipe with a thinner wrapper. On the second try, 89% of the iron was absorbed — beating out the control trial with traditionally-made iron-fortified food (80%).

"So this indicated that the release of the iron was occurring at the right time in the right place for it to be absorbed through the biological process," Jaklenec.

This isn't the first time scientists have tried to develop better ways to fortify foods. Back in 2007, researchers in Canada developed micronutrient-packed "sprinkles" that could be put on top of any food. In a trial among young children in Haiti by the International Food Policy Research Institute, the sprinkles proved effective at reducing anemia. They're now widely available but have to be purchased (rather than coming premixed into foods, like the microparticles could be) and aren't designed to withstand cooking.

"The heat stability is an interesting concept," says Purnima Menon, the IFPRI researcher who studied the sprinkles.

Another major consideration, Menon says, will be cost: Right now, there's no way to know how much the microparticles might cost to produce at scale or how much they might increase the price of, say, a kilo of cassava flour. Roland Kupka, a senior nutrition adviser at UNICEF, says one of the benefits of traditional food fortification techniques is that they're very cheap: On average, fortified foods cost just 5-10 cents more per person per year.

"Let's not forget when it comes to food fortification we have technologies that are not very fancy and that are very effective when done well," he says. "They can have huge public health benefits. So the challenges are not always related to technology. What we really need is political will."