Miss Universe 2019 Is Young, Gifted And An Outspoken Believer In 'Black Girl Magic'

Miss Universe 2019 Is Young, Gifted And An Outspoken Believer In 'Black Girl Magic' 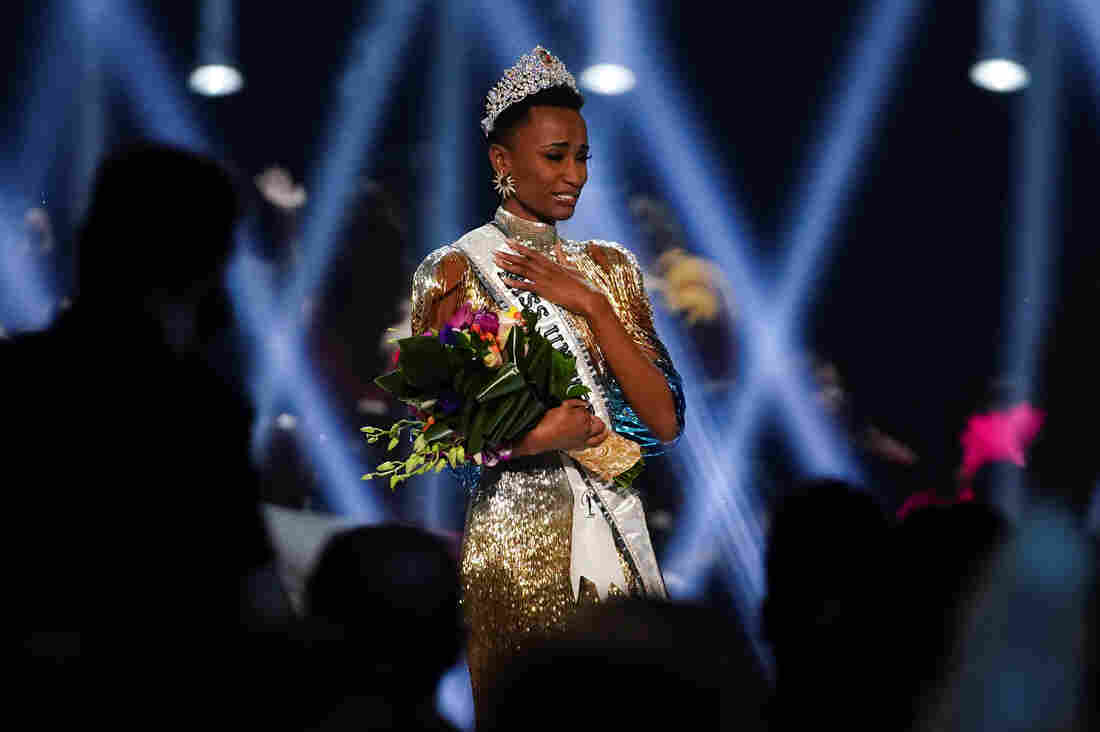 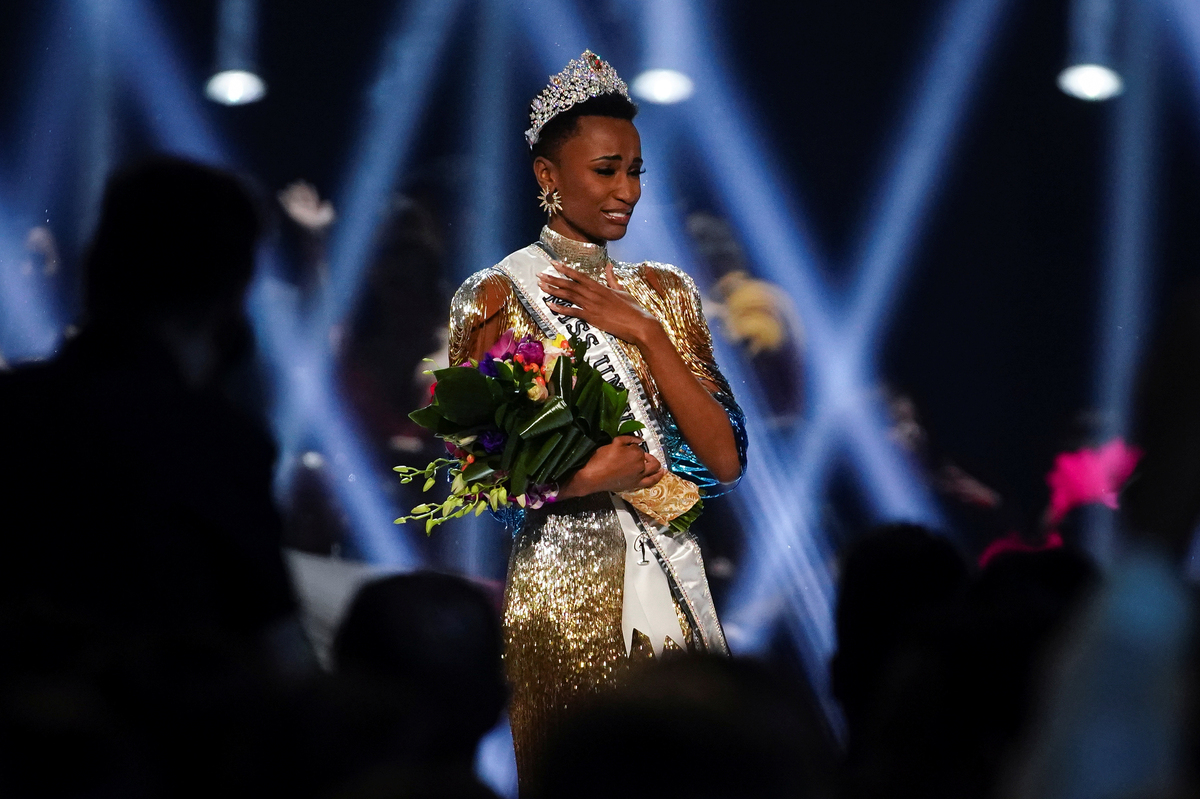 Yes, the Miss Universe pageant has its share of detractors. There is, for example, that swimsuit competition.

But then there is this year's winner to consider: Zozibini Tunzi of South Africa.

When Tunzi was crowned as the winner of the 2019 Miss Universe competition on Sunday night, she took a moment to speak about the importance of shifting antiquated beauty standards — and finally celebrating "black girl magic."

"I grew up in a world where a woman who looks like me — with my kind of skin and my kind of hair — was never considered to be beautiful," the 26-year-old said during her closing statement. "I think it is time that stops today. I want children to look at me and see my face, and I want them to see their faces reflected in mine."

How A Beauty Queen With Diabetes Found Her 'Sugar Linings'

Tunzi is the pageant's first black winner in eight years, since Leila Lopes from Angola took home the crown in 2011. In her official Miss Universe bio, the 26-year-old is described as a strong proponent of natural beauty who "encourages women to love themselves as they are."

She wore her hair in a natural, short style during the competition, which she said was "a symbol of my firm belief in fair representation."

Even her outfit in the national costume segment reflected her beliefs. Tunzi had asked South African men to demonstrate their solidarity with the gender equality campaign #HeforShe by writing letters to honor and celebrate South African women. The letters, written on colorful ribbons, were woven into her costume, which was called "Wave of Love."

Her coronation at Tyler Perry Studios in Atlanta received a wide amount of social media support and celebration from around the world, with people noting how exciting it is to see that Miss America, Miss Teen USA, Miss USA and now Miss Universe are all black women this year.

Tonight a door was opened and I could not be more grateful to have been the one to have walked through it.
May every little girl who witnessed this moment forever believe in the power of her dreams and may they see their faces reflected in mine.
I am #MissUniverse2019. pic.twitter.com/gMkjmVCabo

She was also applauded for her thoughtful answers during the pageant on climate change and leadership.

This is the Top 5 Q&A with... South Africa!#MissUniverse2019 LIVE on @FOXtv. Airing in Spanish on @Telemundo. pic.twitter.com/FyZxRcCwhh

During the Top 5 question and answer segment, Tunzi stated that individuals, government leaders and corporations should all be taking action toward protecting the planet, noting that it's time adults listen to young children who have taken part in climate strikes and protests.

"Since sixth grade, I've been learning that the climate is deteriorating and the planet is dying, and it is up to us to keep our planet safe," she said.

"It's something that has been lacking in young women and girls for a very long time, not because we don't want to but because of what society has labeled women to be," she added. "I think we are the most powerful beings in the world and that we should be given every opportunity. And that is what we should be teaching these young girls — to take up space."

Her response was retweeted by Oprah Winfrey, who agreed with the sentiment and extended an invitation for Tunzi to visit the Oprah Winfrey Leadership Academy for Girls.

Congratulations Miss South Africa, the new Miss Universe @zozitunzi! Agree with you...leadership is the most powerful thing we should be teaching young women today. We welcome your visit to #OWLAG, our Leadership Academy for Girls 🇿🇦🇿🇦🇿🇦 https://t.co/YL0NeO40QU

Additionally, a clip of Tunzi addressing gender-based violence during the Miss South Africa competition began making the rounds on Twitter as people congratulated her on her new title.

“I think it is time to stop asking women what to do and start asking perpetrators to do better, to be better, to start treating women the way that they deserve to be treated.”

In the video, a presenter asked what reason South African women have to keep smiling despite facing challenges like emotional, physical and economic abuse.

"We have absolutely no reason to keep smiling because South African women are dying everyday and mostly people are doing nothing about it," Tunzi replied. "I think it's time that we stop asking women what to do and start asking perpetrators to do better, to be better, to start treating women the way that they deserve to be treated."