Accessibility links
Income Inequality Isn't The Only Kind Of Global Inequity, Says U.N. Report : Goats and Soda A report issued by the U.N. Development Programme says that the 20th-century thinking about global inequality no longer works in the 21st century. 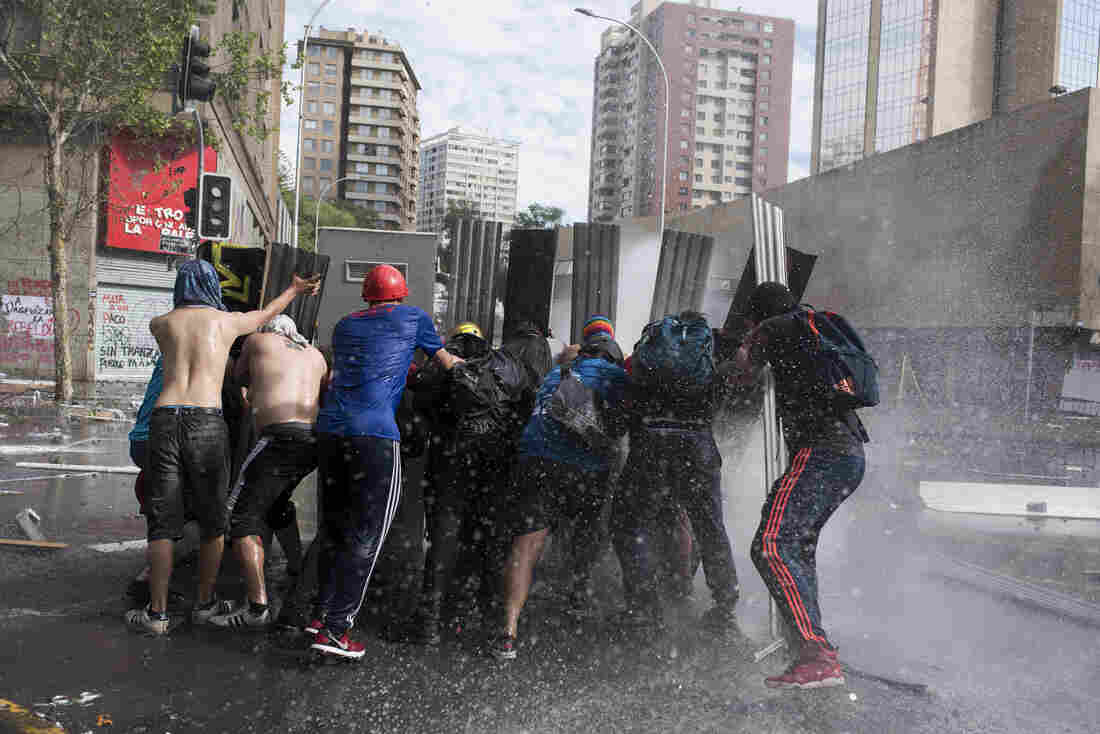 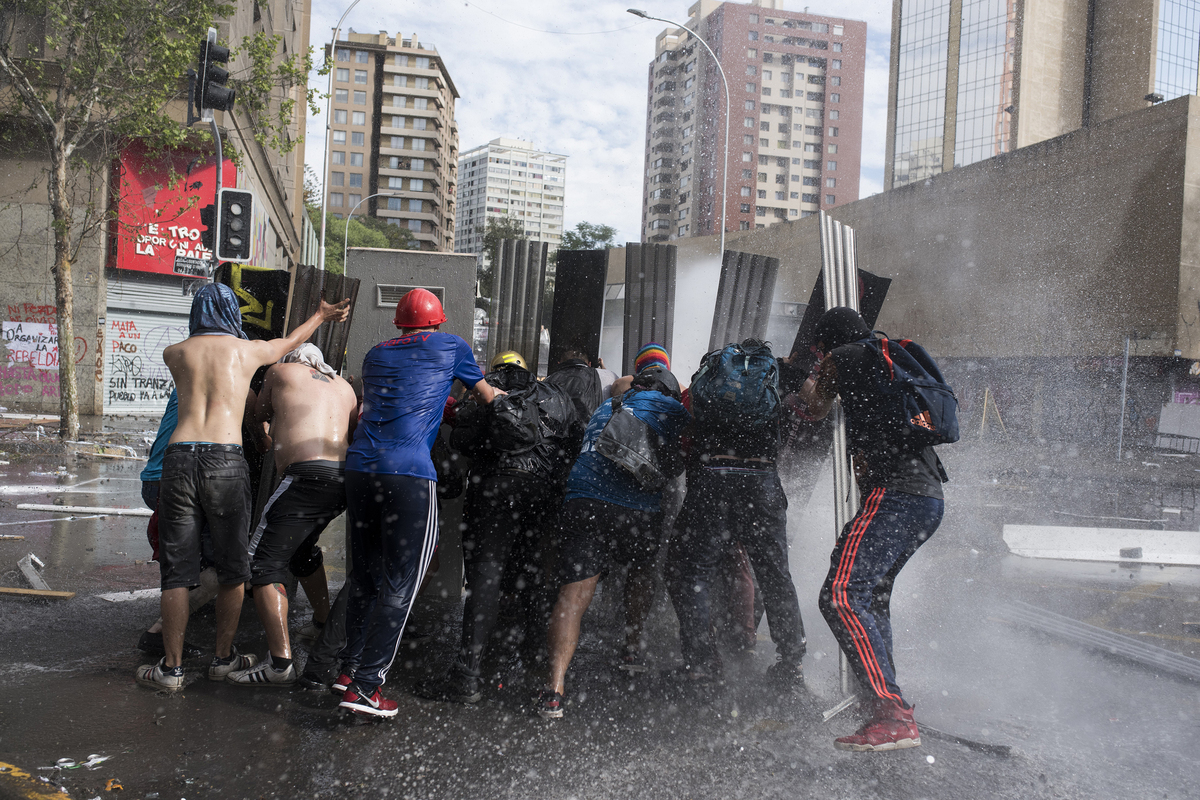 A 4% hike in metro fares sparked major protests in Santiago, Chile, that raised many issues of inequality, including long waits at public hospitals and overcrowded schools.

It used to be that the battle to overcome inequality was about money. It was about helping the poor get better jobs so they could access a larger slice of the economic pie.

What if that approach to inequality is no longer relevant?

In the latest edition of its Human Development Report, the U.N. Development Programme (UNDP) argues that 20th-century thinking on global inequality no longer works in the 21st century.

The report warns that a new generation of inequities are driving street protests and damaging societies — and they're on track to get worse.

Each year the UNDP looks at human progress around the globe. This year the authors say that major societal shifts around technology, education and climate change are creating a "new great divergence." Achim Steiner, the UNDP administrator, sums up the problem this way: "an increasing number of young people are educated, connected and stuck with no ladder of choices to move up."

"What we are seeing is an opening up of a new generation of inequalities, particularly centered around the emerging middle classes of societies," Steiner says.

"What people perhaps 30, 40 years ago were led to believe and often saw around them," Steiner says, "was that if you worked hard, you could escape poverty." Yet in many countries today, he says upward social mobility is "simply not occurring" anymore.

The Human Development Report 2019 makes the case that many of the street protests popping up around the globe are driven by a growing sense that societies are rigged to favor the powerful and trap the masses in low-wage, dead-end lives.

And those inequities can start even before birth.

"This new generation of inequality is interesting," Steiner says. "It has to do with what you could call the micro-inequalities — the things that I perceive as unfair in my country and my community in my society." Some of those inequities start before birth and burden individuals deep into adulthood.

"It may and sometimes does have to do with income," Steiner adds. "But it may have also a lot to do with the fact that I know today that my child born into my family, into my neighborhood, already starts life at a significant disadvantage."

Technology and the Internet has made people far more aware of what they might be missing out on. Universal public education systems particularly in middle-income countries have raised student expectations about the responsibilities of their political leaders. While subsistence farmers concerned about their crops, for example, might not have time to pay attention to national politics, highly-educated, unemployed, 20-somethings with mobile Internet access do.

So in the 21st century not only are there still huge global inequities, but people are far more aware of them.

"A lot of the of pressures from rising inequality and a decimated middle class led to the Arab Spring uprisings," says Dana El Kurd, author of Polarized and Demobilized, about authoritarianism in Palestine, and an assistant professor at the Doha Institute for Graduate Studies. "I wouldn't say [inequality] was the only cause, but it was certainly a major factor."

She says recent protests in Lebanon and Iraq mark a shift in how people in the region view some of the problems in their countries. In the past many social conflicts in the Middle East were viewed as ethnic or sectarian clashes. But El Kurd says these new protests illustrate that people are growing frustrated with their political elites not solely because the elites are Sunni or Shia, for instance, but because the economic and political systems are failing so many citizens.

"What we're seeing in the protests that emerged in Iraq is people recognizing that these political elites don't represent anybody but themselves," El Kurd says. "And what we thought was a sectarian issue is actually an issue of corruption. It's inequality of access, the same with Lebanon. So in a lot of these places, it was kind of masked as sectarian conflict when it's really this conflict about inequality."

And that frustration isn't just boiling over in the Middle East. There have been protests up and down Latin America from Chile to Colombia. The student-led demonstrations in Hong Kong show no sign of letting up. In socially-conservative parts of Africa, young women have taken to the streets as part of the global #MeToo movement.

UNDP's Pedro Conceição, who oversees the Human Development Report, says their research shows that these global inequities are having huge impacts on individual lives.

"Inequalities in human development remain high and widespread," he notes.

And it's not just in the health arena. More than half of the children born in wealthy countries in the year 2000 are enrolled in university today, Conceição says. Yet only 3% of the year-2000 babies from the poorest countries are in higher education.