Accessibility links
Meteorologists Can't Keep Up With Climate Change In Mozambique : Goats and Soda As world leaders gather for a climate summit in Madrid, some of the countries most vulnerable to climate change say they need improved forecasting tools. 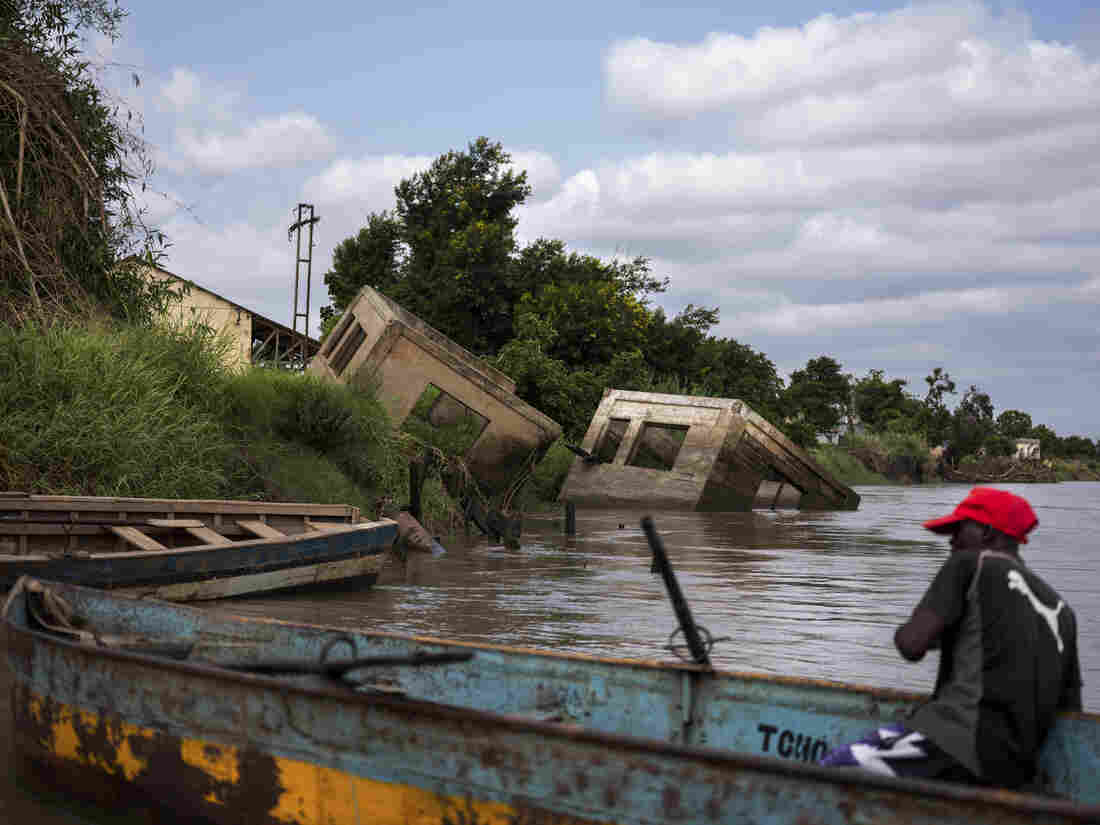 Homes destroyed by Cyclone Idai litter the riverbanks of Buzi district, Mozambique. Weather forecasters there say they do not have all the resources they need to cope with more extreme weather affecting the country as a result of climate change. Nichole Sobecki/VII for NPR hide caption 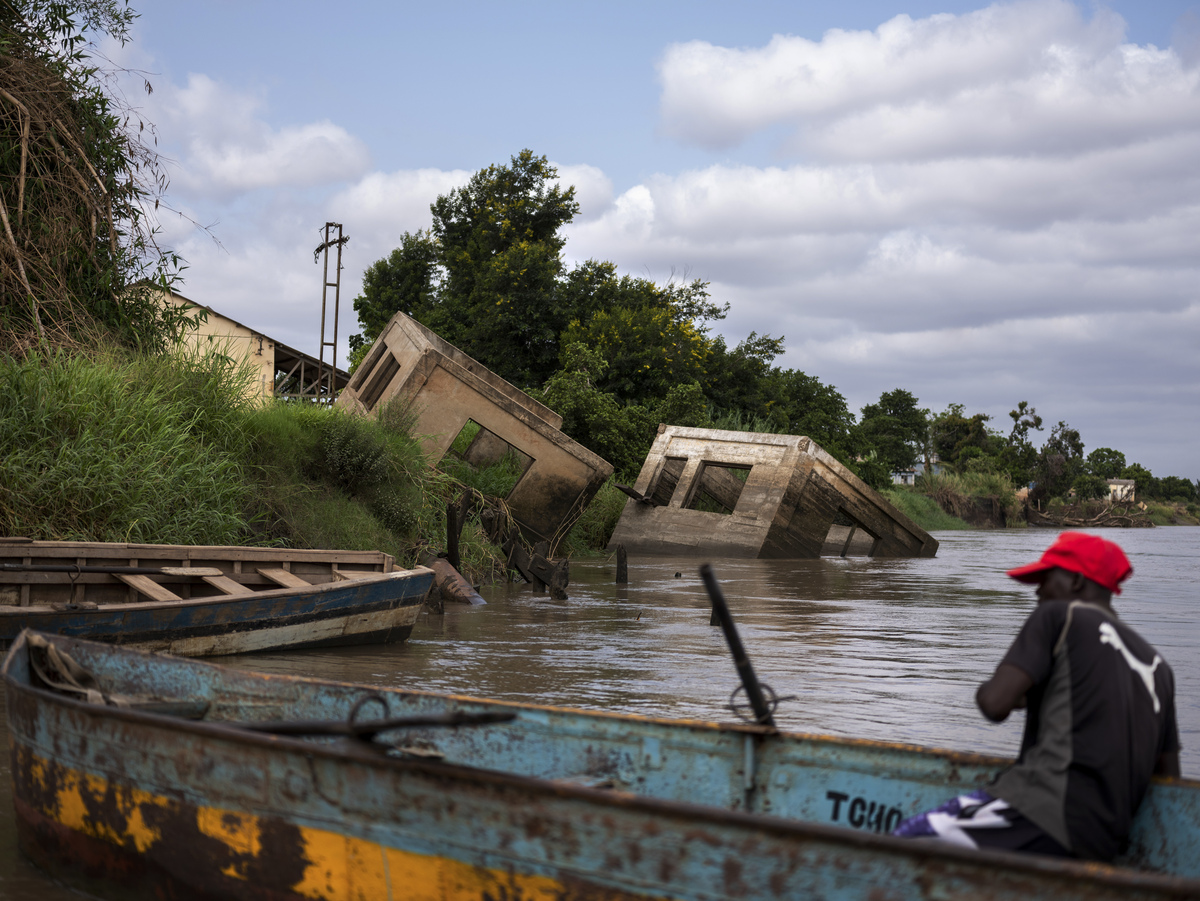 Homes destroyed by Cyclone Idai litter the riverbanks of Buzi district, Mozambique. Weather forecasters there say they do not have all the resources they need to cope with more extreme weather affecting the country as a result of climate change.

Normal November weather in Mozambique's capital, Maputo, is pleasant and warm with a chance of epic thunderstorms. The sun will be shining in the morning, and then boom the sky opens up and a stiff wind begins to blow and it's probably best if you're inside.

At 10 a.m. on an 85-degree Thursday this November, Mozambique's lead weather forecaster, Acacio Tembe, was stooped at a computer at the National Institute of Meteorology, trying to figure out whether a storm was in the cards that afternoon. He toggled between tabs with global weather maps put out by the U.S. Navy and the National Oceanic and Atmospheric Administration, the European Union, the United Kingdom and Japan. On every map, clouds and bands of rain moved in a lazy loop across Mozambique and neighboring South Africa. 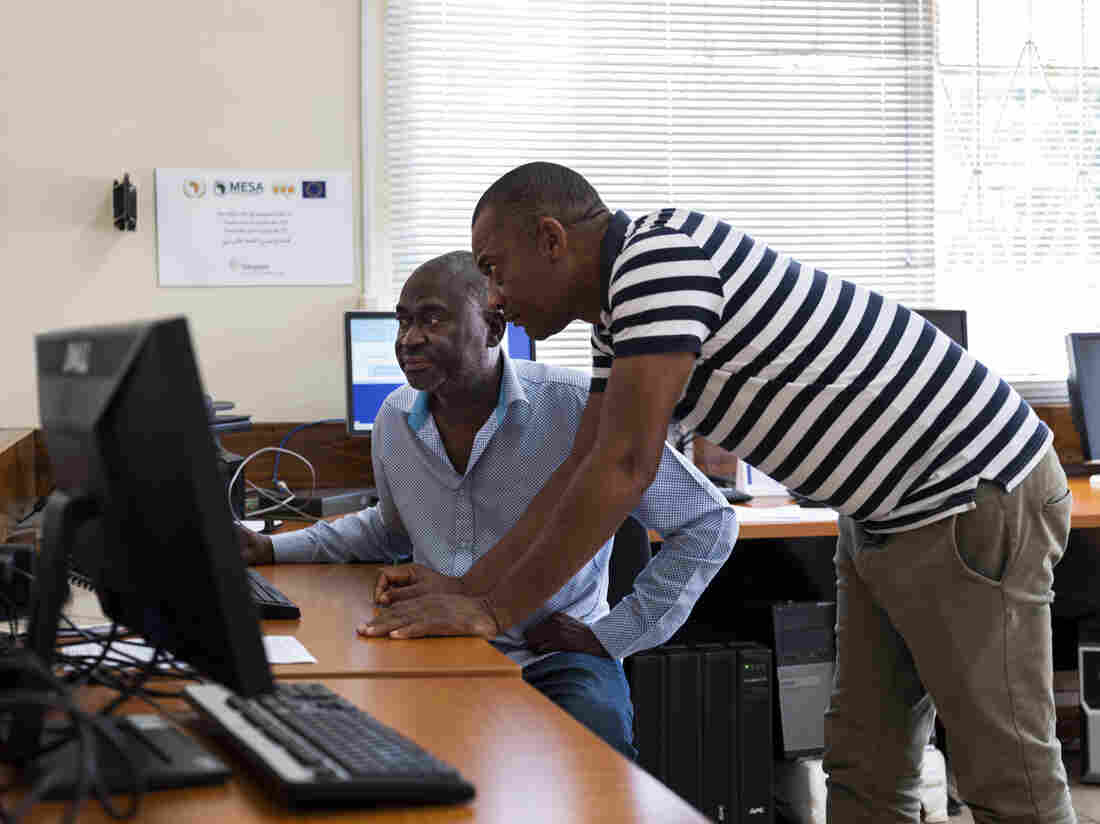 Lead forecaster Acacio Tembe (left) discusses issuing a warning about an incoming storm with a colleague at the National Meteorology Institute in Maputo, Mozambique. Nichole Sobecki/VII for NPR hide caption

Tembe's phone rang. The man on the other end was in charge of drainage and water resources for the city of Maputo, and he wanted to know: Is there going to be a storm? Because just an inch and a half of rain can cause flooding in city streets.

"We don't know," Tembe told him. "We are still analyzing the information."

Tembe promised to let him know if they decided to issue a weather warning and then hung up and leaned forward in his swivel office chair. He stared silently at the clouds moving across his screen, as if putting his face closer to the monitor might somehow give him what he really needed: a map with better resolution. 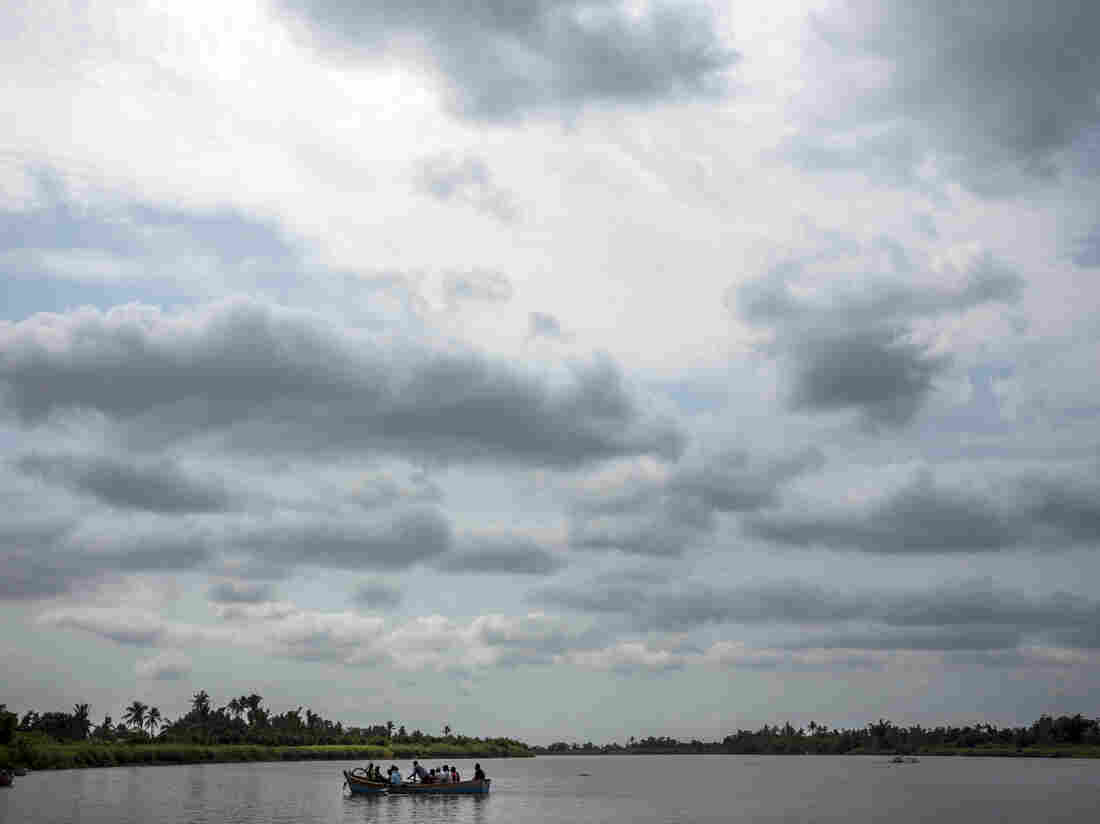 A boat ferries passengers across the river in Buzi district, Mozambique, on Nov. 14. Reliable weather radar data is not available in the region. Nichole Sobecki/VII for NPR hide caption

The forecast for forecasting: cloudy 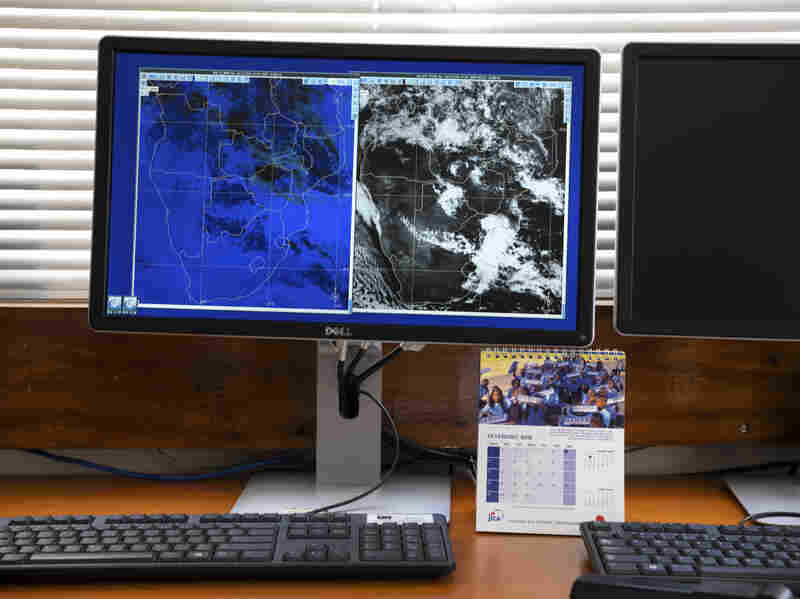 Mozambique is one of many countries around the world where weather forecasting is lagging behind even as climate change drives more extreme and variable weather. In Bangladesh, tropical storm warnings are not adequately reliable. In Peru, the national government is trying to get weather and climate information to residents who are experiencing more extreme weather. The World Meteorological Organization is working on upgrading flash flood warning systems in more than 50 countries around the world, including Mozambique.

Mozambique's meteorologists currently rely heavily on weather data and models collected and created by, and primary tailored to, the needs of other countries.

"Right now, we're using global models," Tembe explains. They're helpful for understanding the large-scale weather forecast for the country — for example, figuring out if it's going to rain later in the week or if a cyclone is brewing off the coast.

But Tembe says the information from these models isn't specific enough to consistently predict local and short-term weather. That is an increasingly serious problem, because weather in Mozambique is getting more extreme.

"Nowadays, we have more intense phenomena," he explains. "More cases of strong rains, the heat is stronger, the winds are stronger. It's different from the past." Mozambique is already suffering longer droughts and more frequent and severe storms than it was earlier this century, because the climate is changing. 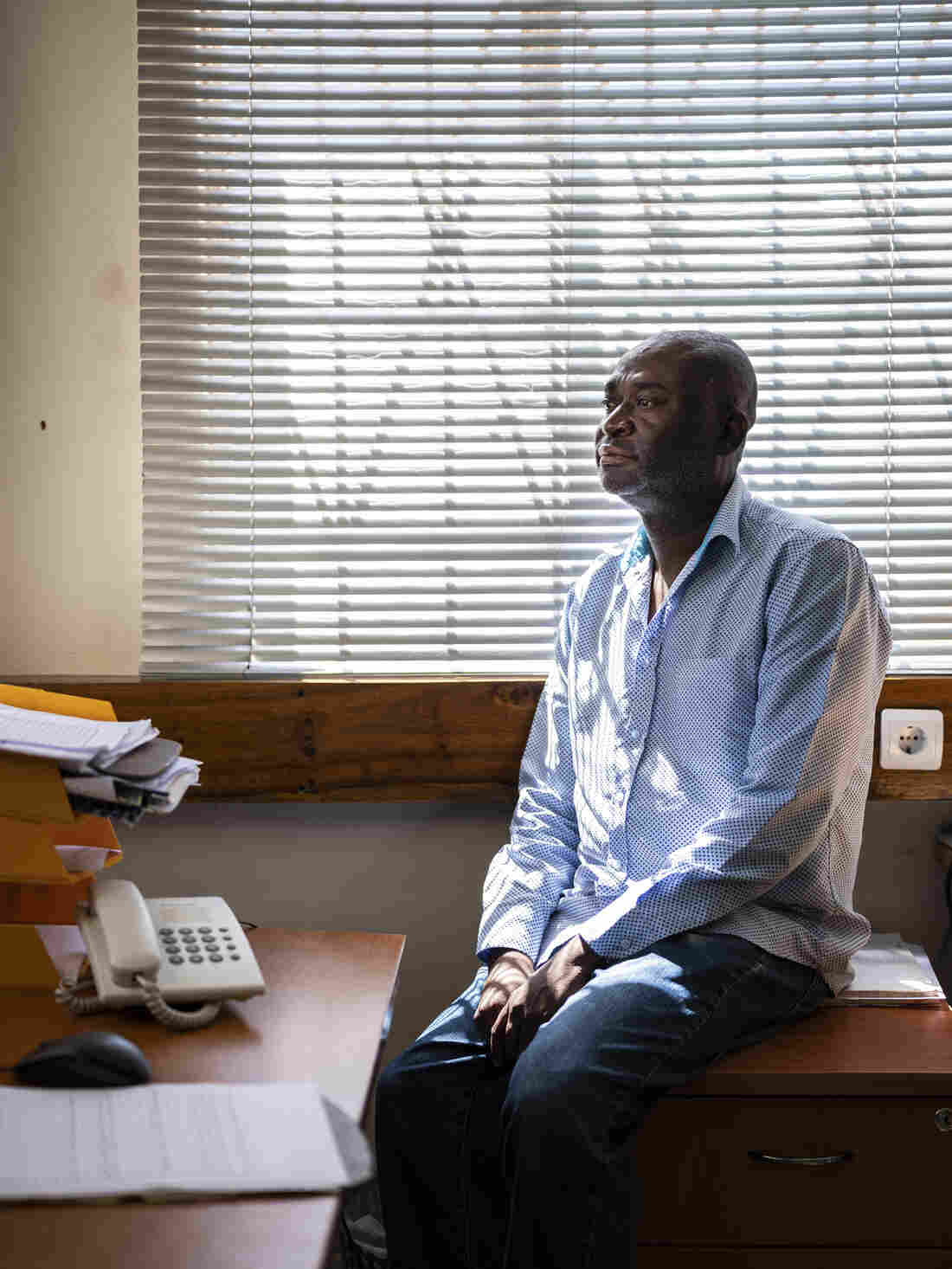 That extreme weather can be deadly. Much of the country is currently suffering from a drought that is straining food supplies. And this spring two powerful cyclones hit Mozambique in quick succession, killing hundreds of people and destroying thousands of buildings. The first, Cyclone Idai, hit near Mozambique's third largest city, Beira, ripping apart homes and flooding much of the city. "The exposure of disaster risk for Mozambique will increase as a consequence of climate change," says Antonio Queface, an atmospheric scientist in the physics department of Maputo's Eduardo Mondlane University. "[If] we look specifically for the tropical cyclones, from 1979 up to recent years, even including Idai in 2019, you can see there's a change in patterns. The cyclones become more severe, with strong winds and rain, and more frequent."

Everyday weather is also becoming more extreme and harder to predict. As is true in much of the world as the Earth gets hotter, climate change is also making extreme rain more likely. That means that a larger share of the precipitation that falls on the country is forecast to come in big dumps as opposed to more moderate rainstorms.

It all adds up to more and more risk for people across Mozambique. In coastal communities on the country's long Indian Ocean coast, sea level rise and more intense tropical storms are making life both more dangerous and uncertain. For the more than 3 million families that farm in Mozambique, longer dry stretches can mean fewer crops and dead livestock.

In order to adapt, residents need more accurate information, both about the local weather on any given day and about how weather patterns are changing. Both will require better weather and climate forecasting capability. 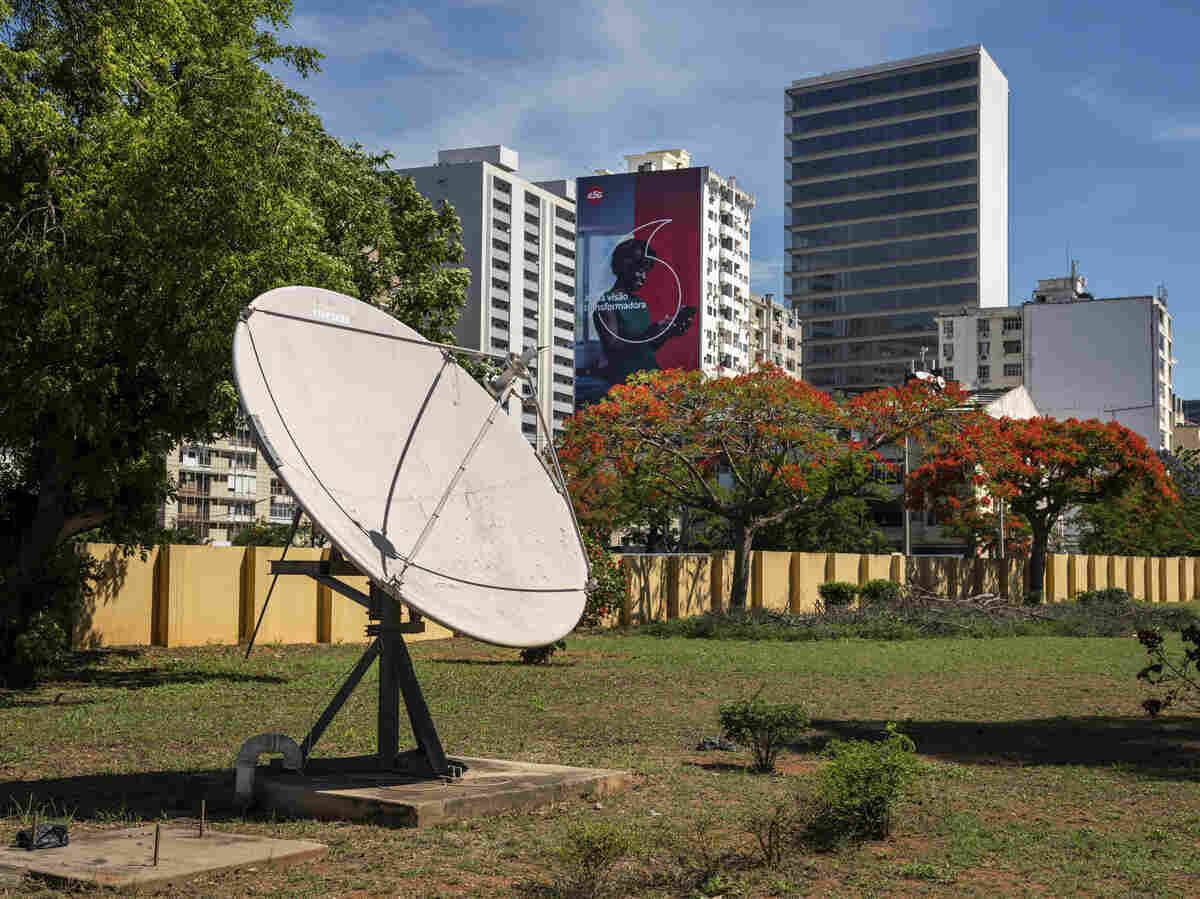 Queface says there are two missing pieces right now: weather forecasting models with higher resolution, so meteorologists can zoom in and give residents more specific information, and more weather data to make those models accurate.

Over the last two decades, the international weather maps available to Mozambique through the United Nations World Meteorological Organization, the European Union and national governments including the United States have all become more detailed, as weather satellite technology has advanced. But not all of that data is available to forecasters in other countries in real time, in part because many countries do not have the computing power or the Internet speeds necessary to get and use the data for short-turnaround forecasts.

"I think it's a challenging issue on the models," Queface says. "How do you give inputs to the model? What data do you have? Africa as a continent, maybe excluding South Africa, there's a scarcity of meteorological data" available for local and national weather forecasting.

It's not just satellite data. Mozambique has just a handful of weather stations taking measurements across the country, according to the National Institute of Meteorology.

Without accurate, continuous, local information about wind, humidity, barometric pressure, precipitation and other basic weather measurements, a higher-resolution, Mozambique-specific weather model would still be inaccurate, Queface says. "[It's] garbage in, garbage out on the model. So the model itself doesn't solve anything." 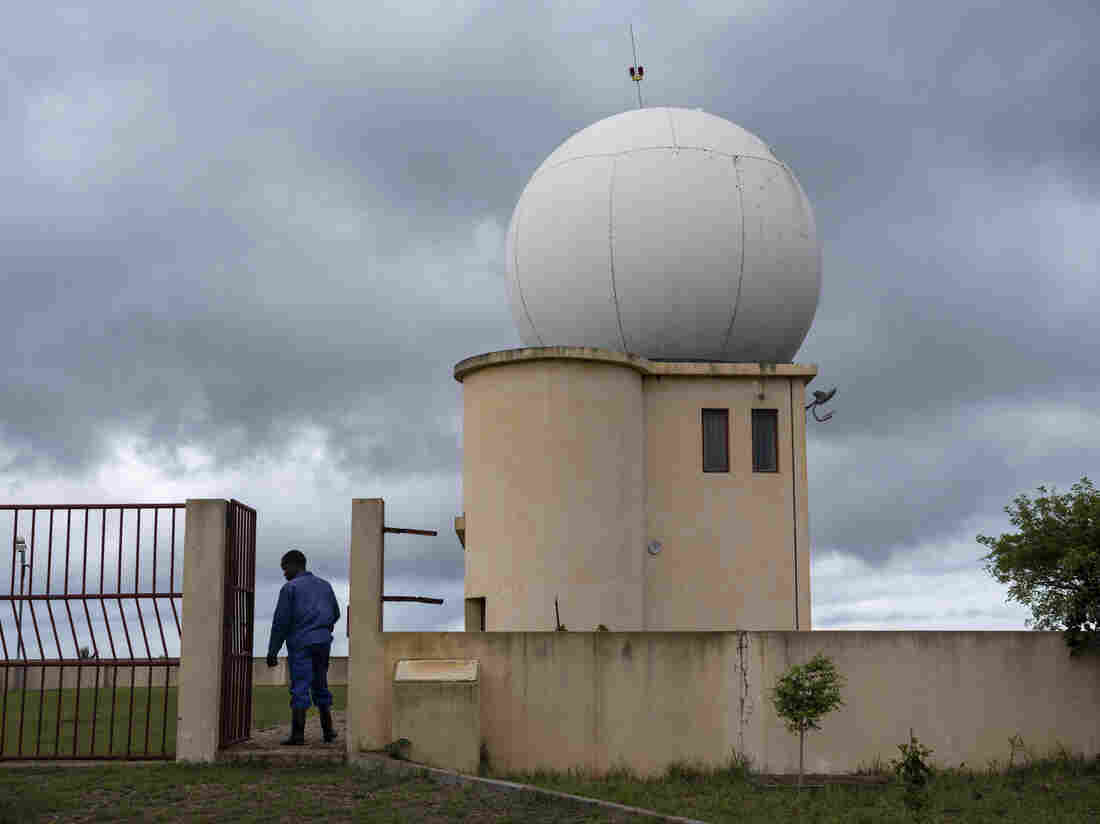 In the early 2000s, Mozambique's government partnered with the World Bank to install two weather radar stations. The goal was to collect the kind of data meteorologists need to make accurate forecasts and also to help scientists track changes in the country's climate.

One radar installation was in the coastal city of Beira, and the second was a few hours north of the capital, in the city of Xai-Xai. When the Xai-Xai location opened in 2004, then-President Joaquim Chissano attended the so-called baptizing of the installation and gave it a name: "Life Radar."

"It was something that made the people here very proud," says Salamao Mausse, the longtime janitor for the local meteorology office in charge of the radar. "That the radar was providing good, accurate weather information to the whole country." 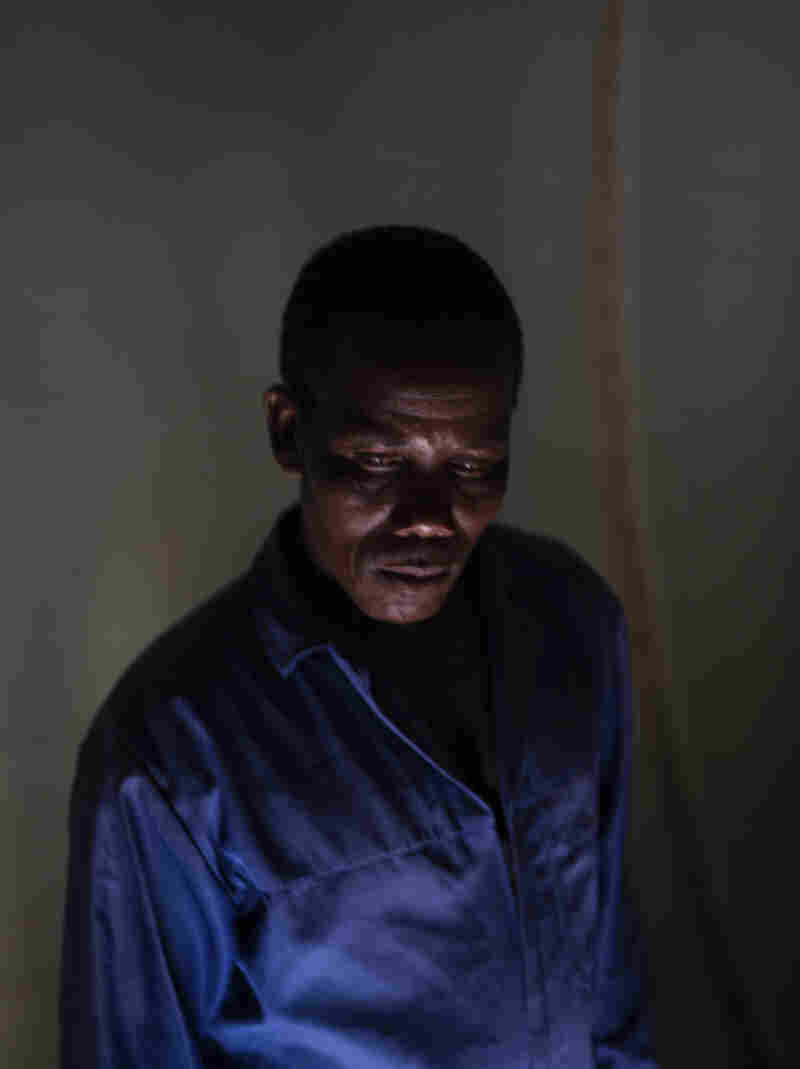 Salamao Mausse stands inside the dome of a radar station that stopped running in 2012. He still cleans it every few days, just in case it's ever repaired. Nichole Sobecki/VII for NPR hide caption

The radar also changed how local residents thought about weather forecasts, he says. In the past, many people hadn't put a lot of stock in local forecasts because they were often wrong. But in 2008, when the radar had been up and running for a few years, there was a storm in the region. The local meteorologists could see from the radar data that the storm was parked over the neighboring province. They put out a forecast warning people there that flooding was likely for the next two days, so they should make sure their cattle were safe and avoid low-lying places.

Indeed, the storm did exactly as they predicted.

"And everyone was really impressed," Mausse remembers and laughs. "They were, like, 'Are you talking to God with that thing?' "

But shortly after that, according to the National Institute of Meteorology, the radar started to malfunction. It was difficult to keep calibrated and hard to fix because the company that made it, Gematronik, was in Germany. And local technicians in Mozambique didn't have experience with radar.

The radar in Xai-Xai stopped providing data in 2013. Mausse has continued to walk up the hill every few days to clean and dust the radar control rooms, and cut the grass around the outside, with the hope that it will someday be fixed. Mozambique's second radar installation has also stopped working, Tembe says.

At the 2015 American Meteorological Society meeting, researchers presented a study from neighboring South Africa that found that 16 radar systems made by the same company were "plagued by technical problems." The study noted that both Mozambique and Botswana have had similar problems. The authors suggest that older radar systems might be more useful in the region in the long run, since they would be easier to maintain with local parts and expertise. Another option could be decentralized data collected by weather sensors in vehicles and mobile phones.

Queface points out that, no matter where weather data comes from, Mozambique will need faster, more reliable Internet, more advanced computing and more training for its meteorologists. 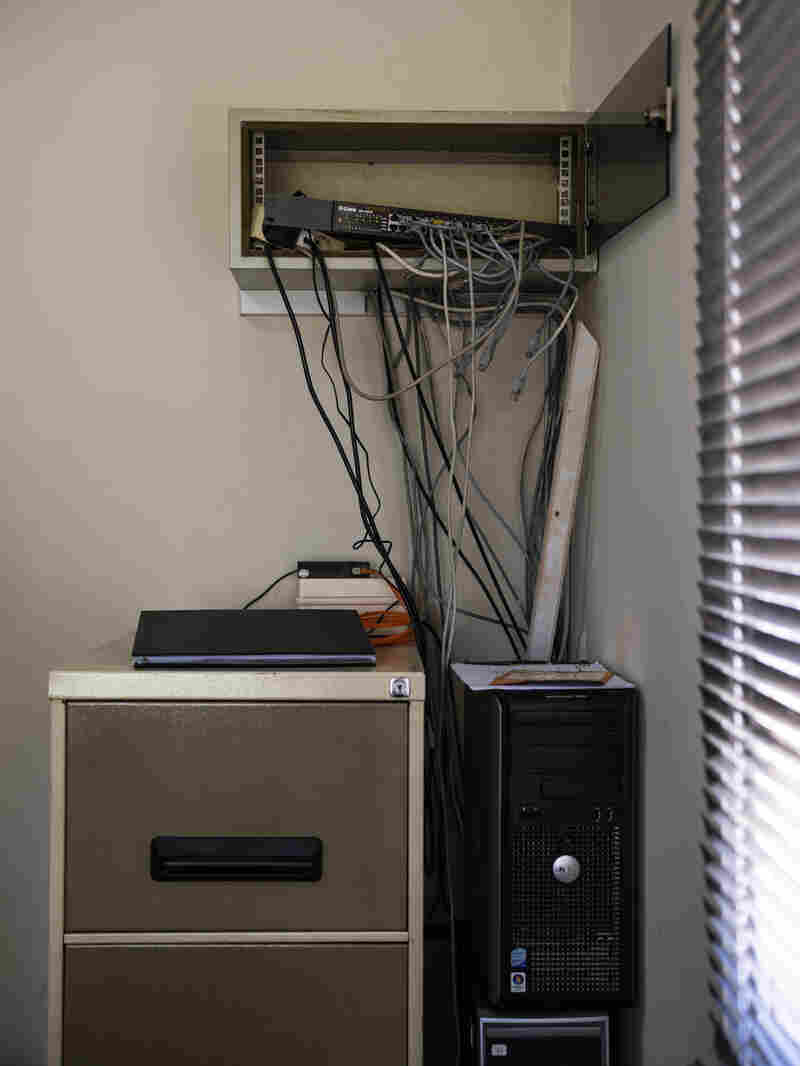 Forecasters at Mozambique's National Meteorology Institute say they would need more computing power, faster Internet service and more training to use all the satellite data collected about their region. Nichole Sobecki/VII for NPR hide caption

In search of money

Many countries hope funding for such upgrades will come out of the Paris Climate Agreement, which is being discussed by leaders from around the world this week in Madrid. Under the agreement, major industrialized countries that have contributed the most to total global greenhouse gas emissions agreed to pay into a global fund that would help cover the costs of managing and adapting to climate change.

Just last week, the fund gave $10 million to the Philippines for upgrading its weather forecasting in some parts of the country.

Queface says outside money is crucial if Mozambique wants to build a better weather forecasting system. "Countries like ours, they have a lot of priorities," he says. "You need schools, you need health centers, you need so many things. And sometimes, a disaster comes and you need relief operations."