Accessibility links
Fishing The Old-Fashioned Way Has Become A Tough Way To Make A Living : Goats and Soda For reasons ranging from climate change to protected zones, fisherfolk who go out in a small boat and use a rod are having a difficult time coming up with a good catch nowadays.

The Plight Of The Old-Fashioned Fisherman On A Changing Ocean

The Plight Of The Old-Fashioned Fisherman On A Changing Ocean 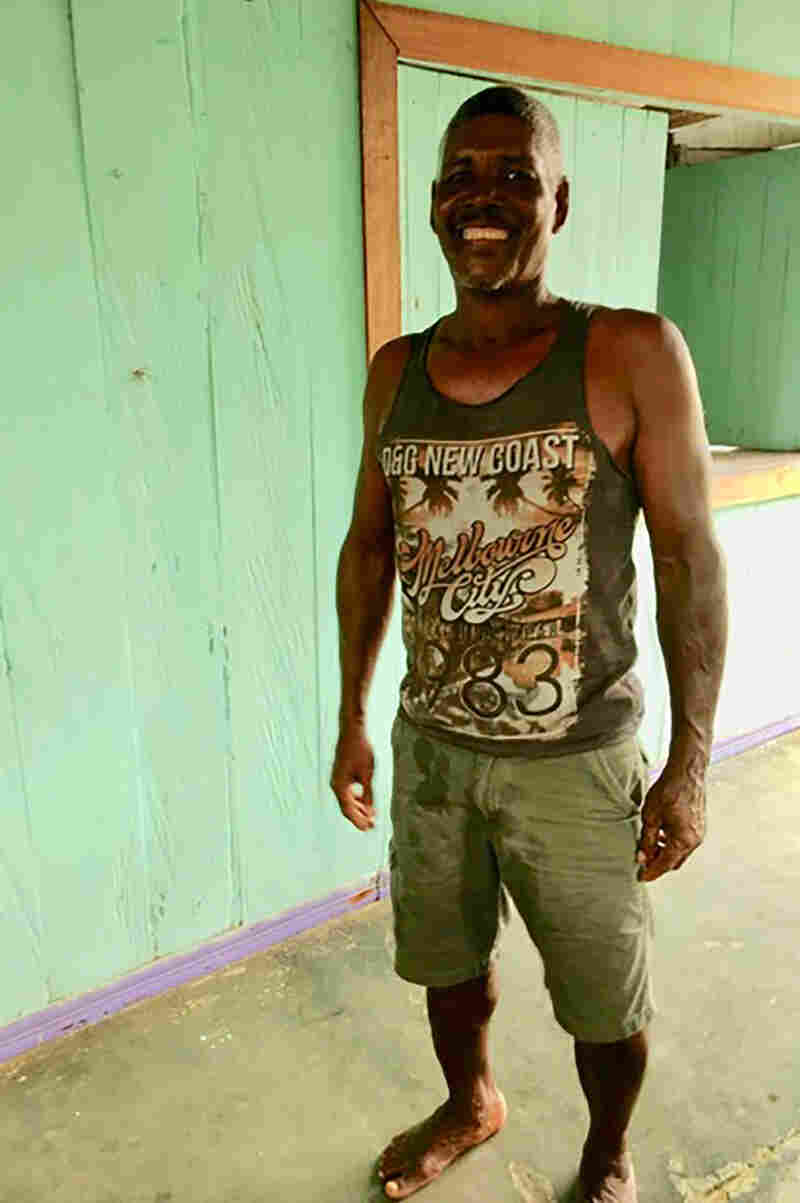 Genaro Moreno Bonilla of Colombia has been a fisherman for 53 years but these days finds it harder to come up with a good catch. Kerri D. Seger hide caption 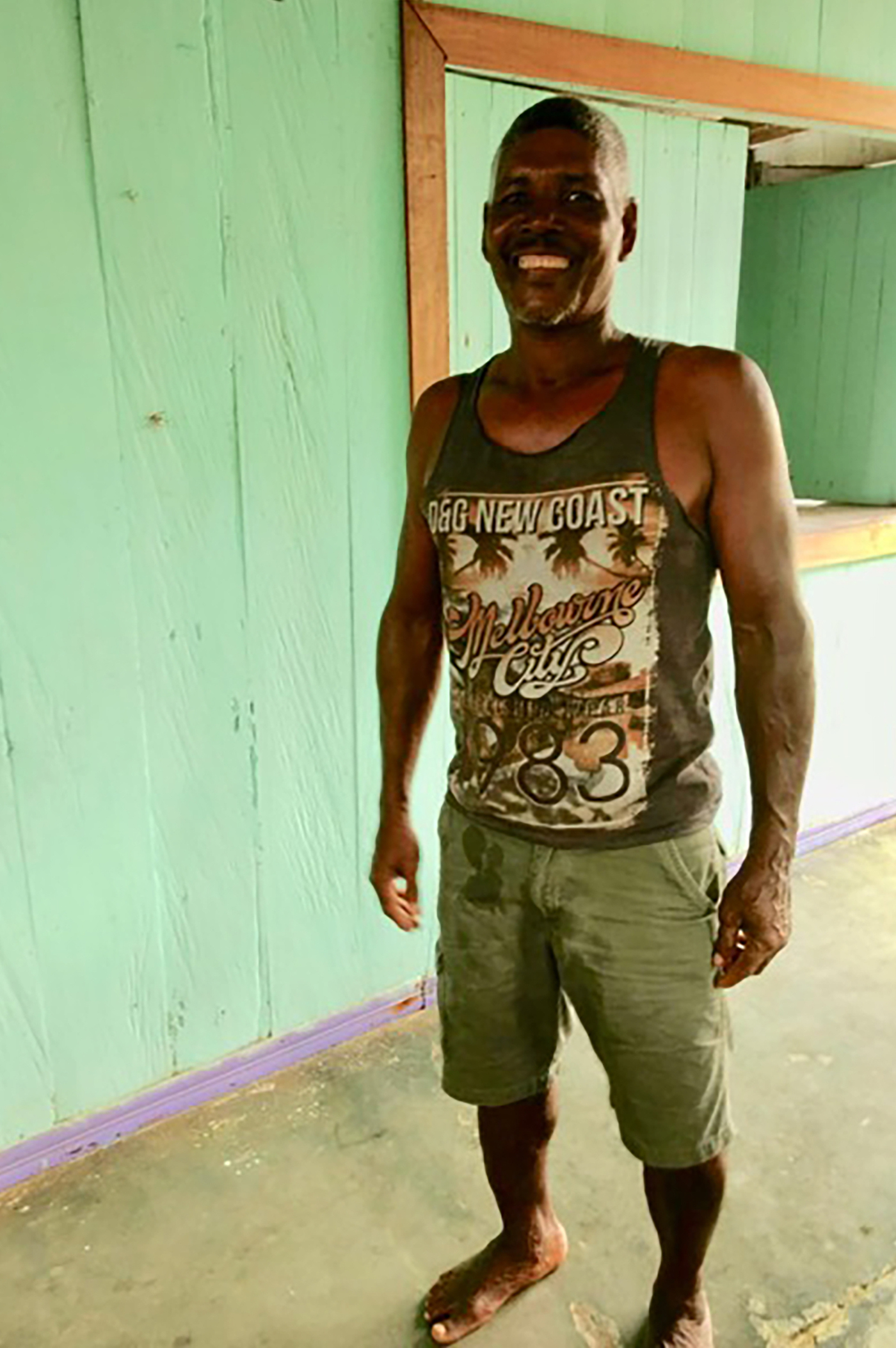 Genaro Moreno Bonilla of Colombia has been a fisherman for 53 years but these days finds it harder to come up with a good catch.

Genaro Moreno Bonilla has been fishing off the coast of Coqui, Colombia, for 53 years.

"I remember that I would paddle out in my canoe and propose to myself to catch 50 or 100 fish that day, and it happened," he says. Life was good. Colombia had a reputation for having one of the greatest variety of fish on the planet.

But things have changed. The plentiful supply of fish Bonilla depended on has dwindled dramatically in a changing world. And efforts to make his life better in the long run are actually exacerbating the problems he faces today.

Bonilla is an artisanal fisherman. Artisanal practices use traditional fishing methods like hook and line — think fisherman on a boat with a fishing rod. They're small-scale, low technology and low capital household-run fisheries. 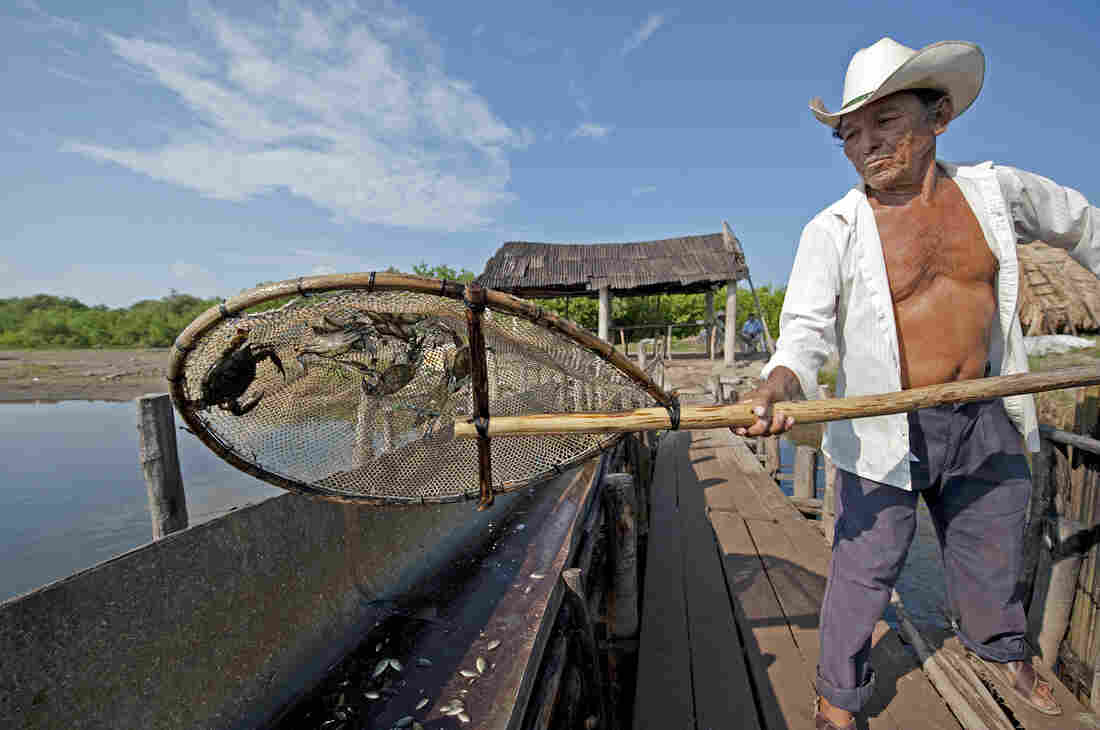 An artisanal fisherman in Mexico shows his small catch of jaiba — a species of crab. Octavio Aburto hide caption 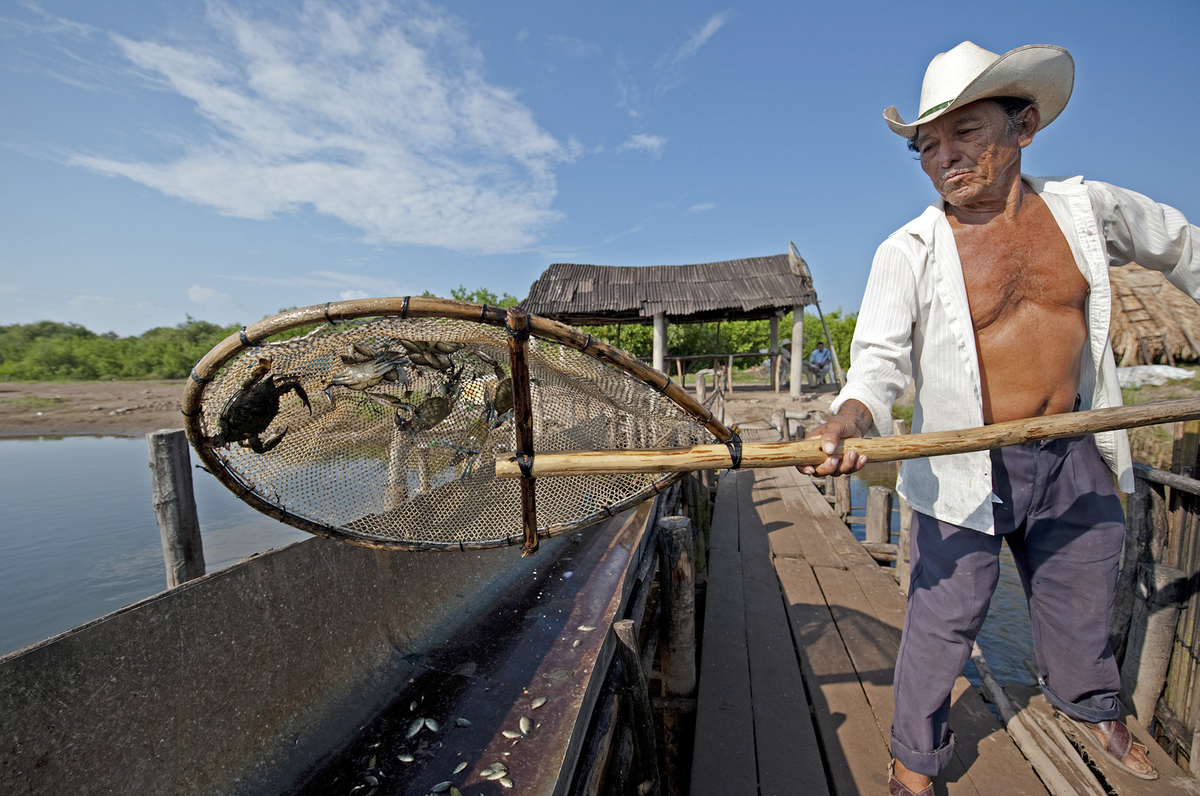 An artisanal fisherman in Mexico shows his small catch of jaiba — a species of crab.

Three major forces are arrayed against Bonilla and other artisanal fishermen.

"The people who manage [industrial] fisheries receive the benefits of all this extraction," says Dr. Octavio Aburto, assistant professor at Scripps Institution of Oceanography, who often works alongside artisanal fishing communities. "But there has never been a vision about how to manage the seas in the best ways, to produce wealth for all the people involved."

Then there is climate change.

Climate change threats are continuously provoking coral bleaching and disease, and the fish populations either leave or die off. This die-off creates a significant gap in the oceanic food chain and will have long-lasting repercussions on all fisheries.

The final force that has conspired to make Bonilla's life as a fisherman untenable is ironically the very thing intended to help him in the long run.

They are intended to give ecosystems a chance to recover after overfishing.

But the protected area in Bonilla's stretch of ocean extends about five miles from shore, and for him, that's a problem.

"Now I must take a motored boat, spend money on gasoline and perhaps spend the entire day out to sea only to come back with nothing," he says.

Marine-protected areas can also be a source of social conflict in a fishing community.

"One of my students told me that his fisherman father calls me the maleficent witch, because I'm supporting the marine protected areas and want us all to starve," says Maria Marta Chavarria, a government employee in Guanacaste Conservation Area, a UNESCO World Heritage site in Costa Rica.

To make ends meet, Bonilla and others have turned to ecotourism. They escort tourists and scientists on their boats to their old fishing waters. They can use the opportunity to show the customers the source of their livelihoods and celebrate their culture.

Bonilla laughs as he describes his youth, watching tunas leaping from the water and challenging his friends to see who could catch the most even after a full day of fishing. "Maybe I already had plenty of fish that day, but it was my sport. Just to go out and play with the fish, tire it out and release it back to sea."

He continues, "Now this doesn't happen. You must be lucky to catch anything."

Over time, marine protected areas should help to restore ocean habitats to their original condition. Bonilla's generation may not see the positive outcome of efforts to help fisheries from collapsing, but perhaps his grandchildren will someday see the return of abundant fishing.

Patricia Fernandez is a globe-trotting freelance writer with a background in marine science. Follow her on Twitter: @waternwords.