Accessibility links
Coronavirus Cases In China Top 200 — With Evidence Of Human-To-Human Transmission : Goats and Soda The World Health Organization will convene a meeting on Wednesday to determine if the newly discovered virus presents a "public health emergency of international concern." 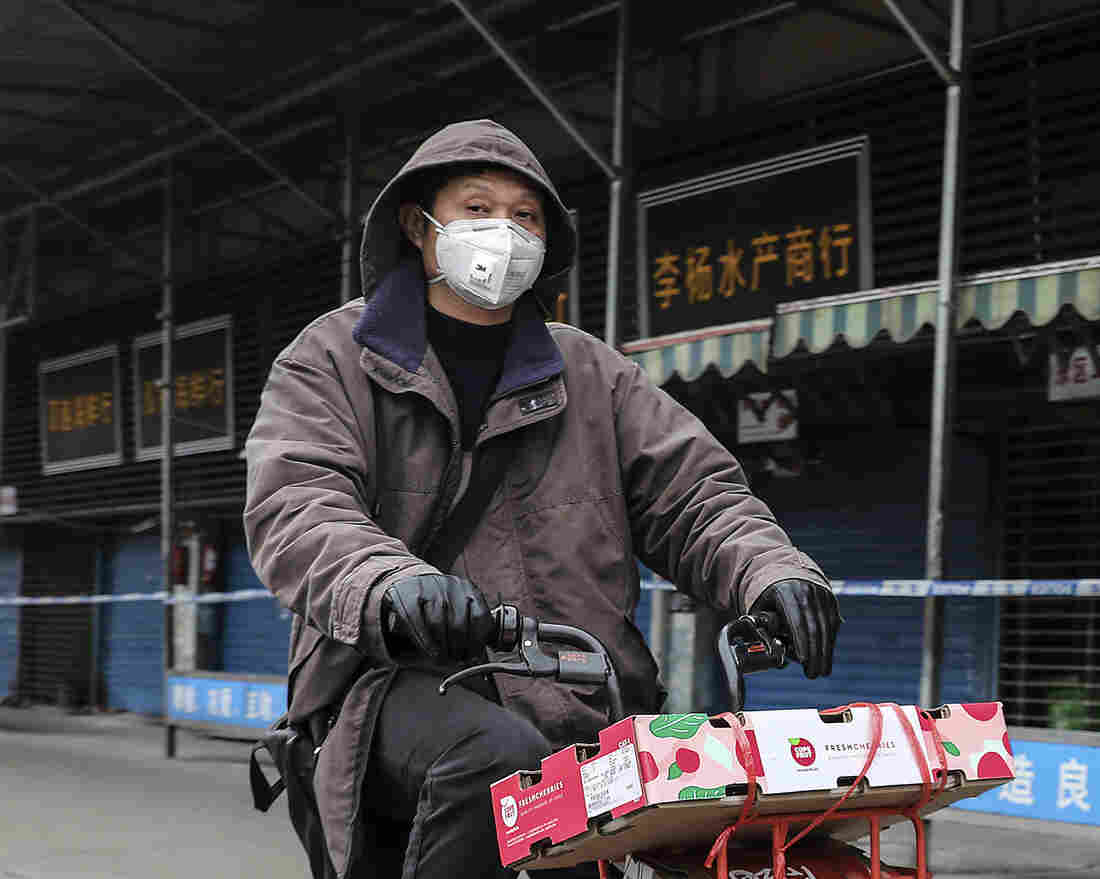 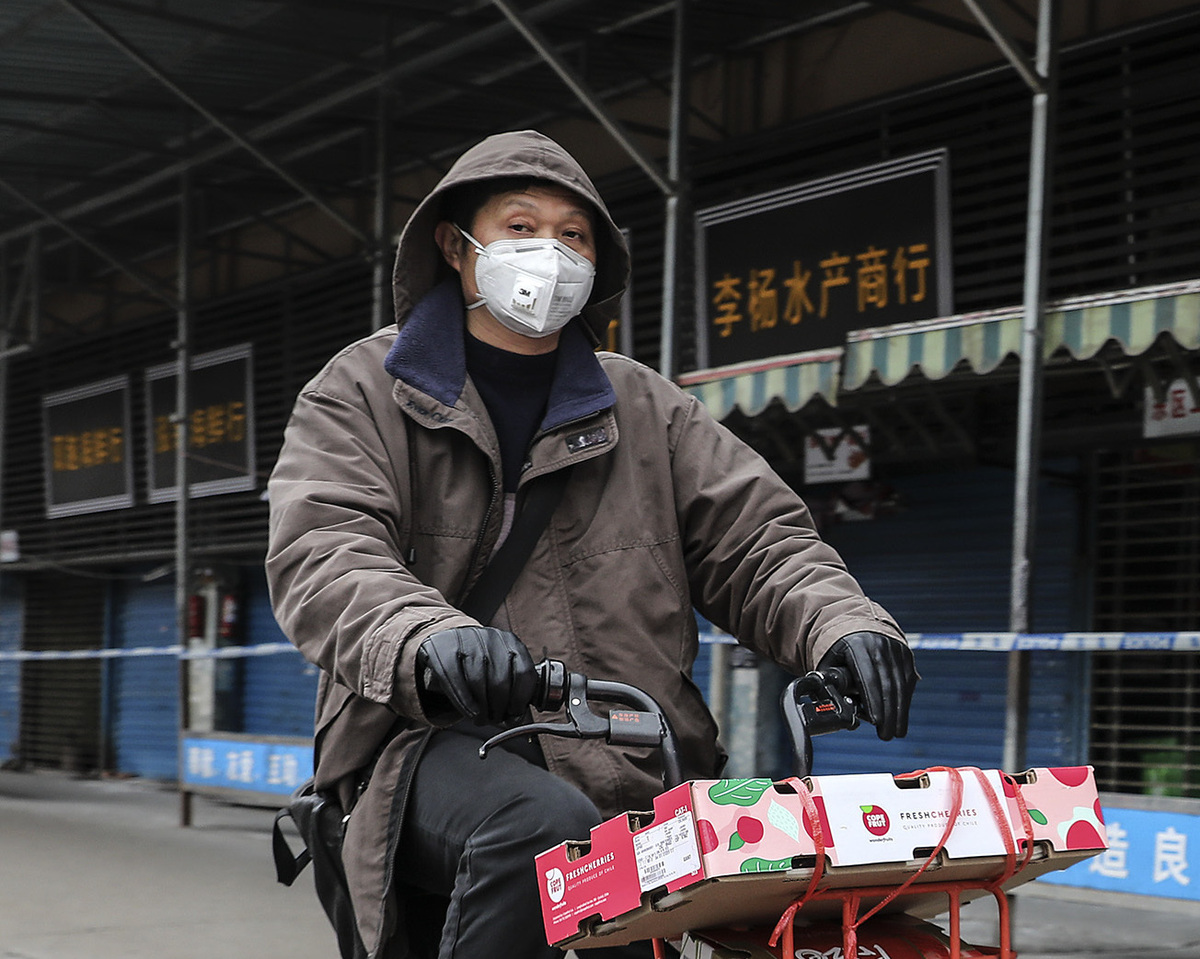 A man rides past the Huanan Seafood Wholesale Market in Wuhan, China, which was closed after being linked to cases of a newly discovered coronavirus.

New information is being reported about the new coronavirus that emerged in China in December and causes respiratory symptoms such as pneumonia — heightening concerns about its potential threat to humans.

On Monday, Chinese authorities reported that the total caseload has risen to over 200, roughly tripling the previous number. In addition, authorities in Wuhan, where the virus was first reported, confirmed a third death but did not release details except to say that the three victims, all men, had prior illnesses.

Health authorities believe that the virus probably originated in an as yet unidentified animal species and was transmitted to humans by contact with animals at a live animal market in the central city of Wuhan.

The World Health Organization tweeted on January 19: "An animal source seems the most likely primary source of this novel #coronavirus (2019-nCoV) outbreak, with some limited human-to-human transmission occurring between close contacts."

On Monday, Zhong Nanshan, the epidemiologist who leads the committee on the outbreak for China's National Health Commission, gave a TV interview stating there was evidence of human-to-human transmission.

China's National Health Commission also confirmed that there has been infection of medical staff.

The World Health Organization will convene an Emergency Committee on Wednesday to determine if the outbreak "constitutes a public health emergency of international concern" — and if so, what measures should be taken.

On Monday, President Xi Jinping gave an interview to the state-run Xinhua News Agency in which he called on officials to "release outbreak information in a timely manner and deepen international cooperation." Cases have been reported outside China in Japan, Thailand and South Korea in individuals who had visited Wuhan.

Dr. Ian Lipkin, director of the Center for Infection and Immunity at Columbia Mailman School of Public Health, notes that "We don't have evidence of clusters in distant geographic locations as we did with SARS. This is what we would anticipate if the virus were highly transmissible."

Lipkin, who assisted the World Health Organization and China during the 2003 outbreak of SARS, which is also a coronavirus, says that the symptoms of the Wuhan coronavirus — fever, cough and difficulty breathing — are similar to the symptoms for SARS, which originated in southern China in 2002, infected more than 7,000 people globally and caused some 800 deaths before the outbreak ended the following year. Since 2004, there have been no known cases of SARS, according to the CDC.

Another coronavirus of concern, MERS, emerged in 2012 in Saudi Arabia, appears to spread less easily between people. To date it has infected some 2,500 people and caused approximately 850 deaths, according to the World Health Organization.

There are no approved vaccines to prevent these diseases, says Lipkin. "If you have good diagnostic tests and can identify people and animals that have been infected, you can isolate them and contain an outbreak," he says. "That's something that's already being done in Wuhan by closing the seafood market. But once things start spreading from human to human, it becomes more difficult to [contain the outbreak]."