Listen · 4:15 4:15
China Halts Transportation Out Of Wuhan To Contain Coronavirus. Could It Backfire? 4:15 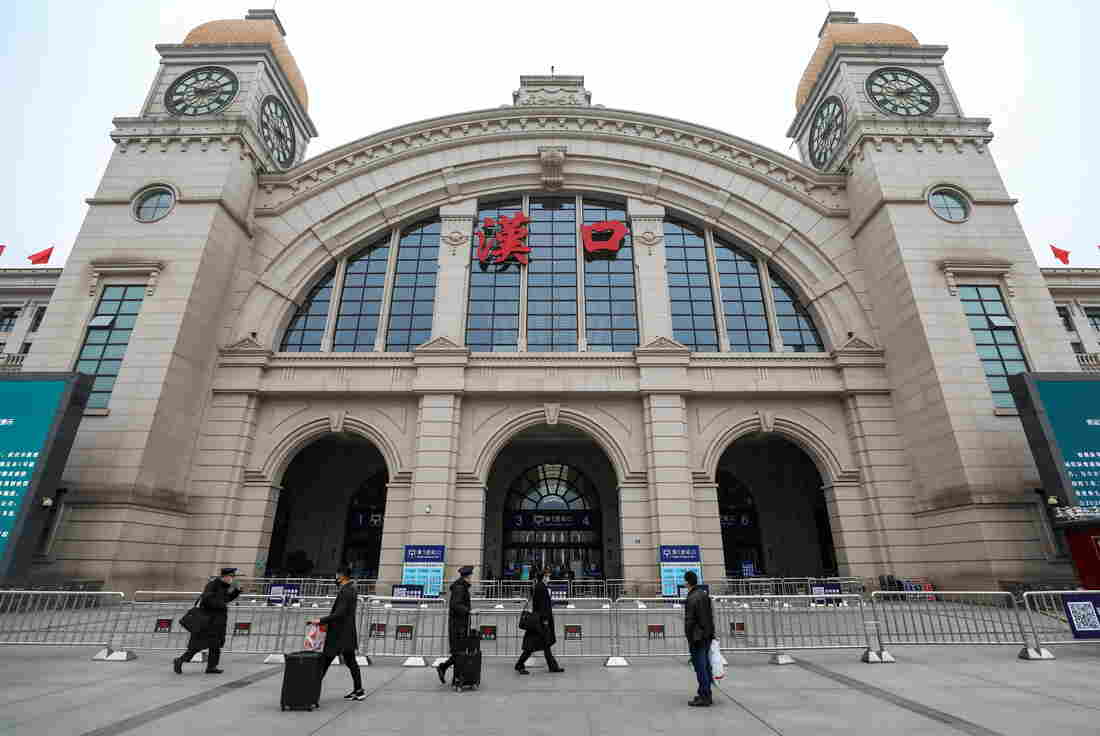 The Hankou Railway Station in Wuhan, China, was closed as part of a shutdown of public transportation — an effort to control the spread of what's being called the Wuhan coronavirus. Barcroft Media via Getty Images hide caption 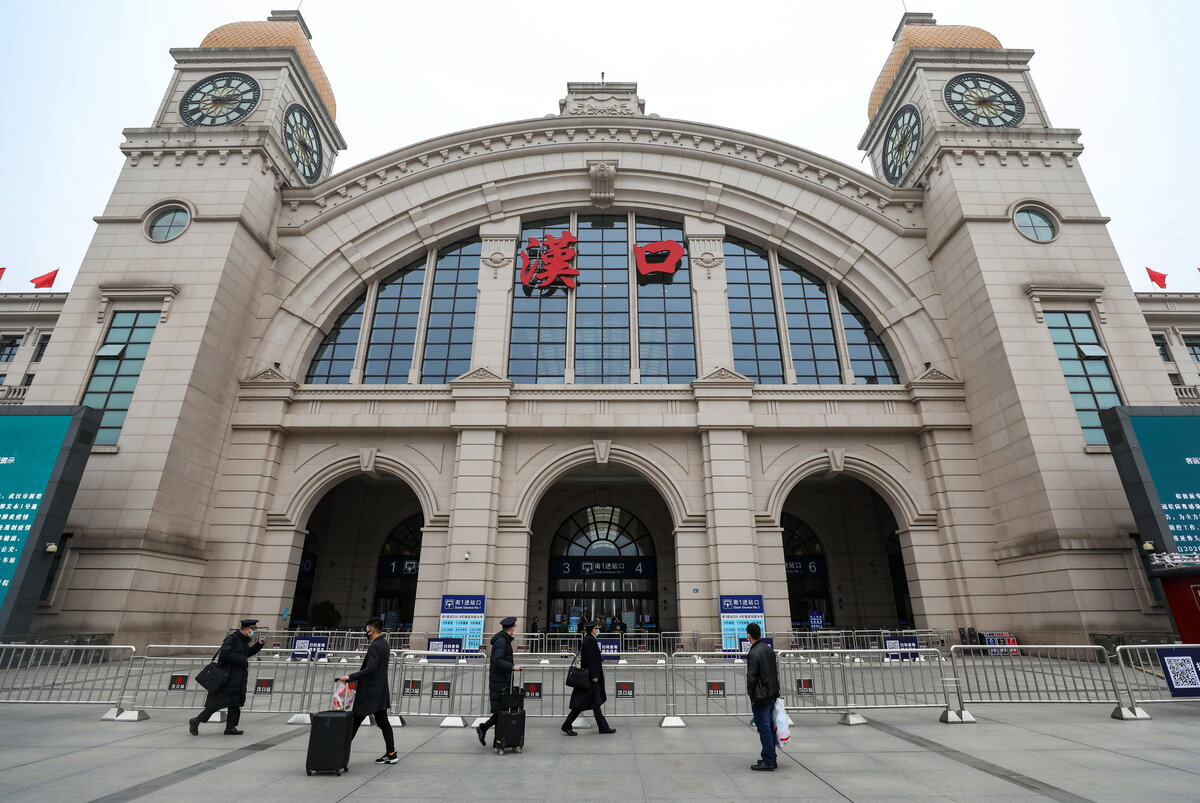 The Hankou Railway Station in Wuhan, China, was closed as part of a shutdown of public transportation — an effort to control the spread of what's being called the Wuhan coronavirus.

Just a few months ago, Tom Inglesby helped gather top officials from governments, businesses and health organizations around the world to play a kind of war game.

"It was a scenario looking at global consequences of a major new epidemic," says Inglesby, who directs the Center for Health Security at Johns Hopkins University.

The simulation they devised, he adds, has turned out to be "shockingly" similar to the outbreak that is now unfolding in China — right down to the type of pathogen involved: a coronavirus. Many of the officials who participated in the exercise are also among those now at the forefront of responding to the current outbreak, including the director of China's Center for Disease Control and Prevention.

But one development that Inglesby says they did not anticipate was a massive transportation shutdown like the one that China has now imposed on Wuhan, the city where the new virus first emerged.

In a bid to halt further spread of the virus, Chinese authorities have suspended subways, buses, trains and flights out of Wuhan. Officials have also announced similar restrictions in several other cities.

"We didn't even contemplate the possibility of a quarantine on this scale because it hasn't really happened before," says Inglesby. "It's just such a departure from how we've been thinking about public health interventions."

Indeed, the move was so unusual that its announcement on Wednesday threw a wrench into the work of a committee of experts convened by the World Health Organization. The panel was charged with advising on whether the outbreak should be declared an international emergency. News of the transportation shutdown reached the panel just as members were about to render their judgment. They decided to defer a decision until they could get more information.

"We wanted to know if these measures taken in Wuhan were the result of some new evolution [in the virus' spread] that we had not been made aware of," the panel's chair, Didier Houssin, explained at a news conference in Geneva on Thursday.

Ultimately, he added, China was able to reassure the committee that there had not been a change in the outbreak's trajectory. For now, most of the 830 confirmed cases are occurring within families or in health workers who've had close contact with a sick person. In other words, officials are not observing the kind of spread you get with a virus like the flu, with people passing it on to strangers on, say, subways, or during other passing encounters.

Largely for that reason, the WHO's director general, Tedros Adhanom Ghebreyesus, says he has decided against declaring an international emergency for now.

Yet speaking at that same news conference, Tedros subtly signaled that the transportation shutdown is not the type of move the WHO would recommend.

While "China is a sovereign nation with the autonomy to take steps it believes in its interests," said Tedros, the WHO's role is to provide "rational and science-based" recommendations. He added that he hoped the transportation shutdown would be "short in duration."

Other health experts have been less diplomatic.

He cites the practical challenges and potential human rights violations involved with effectively locking down a city of 11 million people.

How Does Wuhan Coronavirus Compare With MERS, SARS And The Common Cold?

Then there's the fact that the virus has already spread well beyond Wuhan — suggesting that the transportation shutdown amounts to closing the stable door after the horse has bolted.

But worst of all, says Gostin, "there's very good reason to believe that it could actually backfire very badly."

People could easily start to see the government as oppressing them, sowing fear and mistrust, he says.

"A very recent example of this is during the Ebola outbreak in West Africa in 2014," says Konyndyk. In Liberia and Sierra Leone, officials attempted to prevent people from leaving several neighborhoods and small localities. "People tried to flee the quarantine. And that actually then made things worse because it meant that cases were then invisible from view."

Konyndyk, who served as head of international disaster response in the administration of President Barack Obama, says it remains to be seen whether China's transportation shutdown will prove as heavy-handed, punitive and unproductive.

Still he agrees with Gostin that the most effective approach is likely to be a far more laborious method.

As Gostin puts it: "You need to go into communities where people have been infected. Isolate all cases. Then do contact tracing so that we know every single person that has been exposed."

And that's what's going to put an end to this one.