Accessibility links
What People In China Are Saying About The Coronavirus Outbreak On Social Media : Goats and Soda Residents in Wuhan and other Chinese cities affected by the Wuhan coronavirus are using platforms like Weibo to share their fears and frustrations. 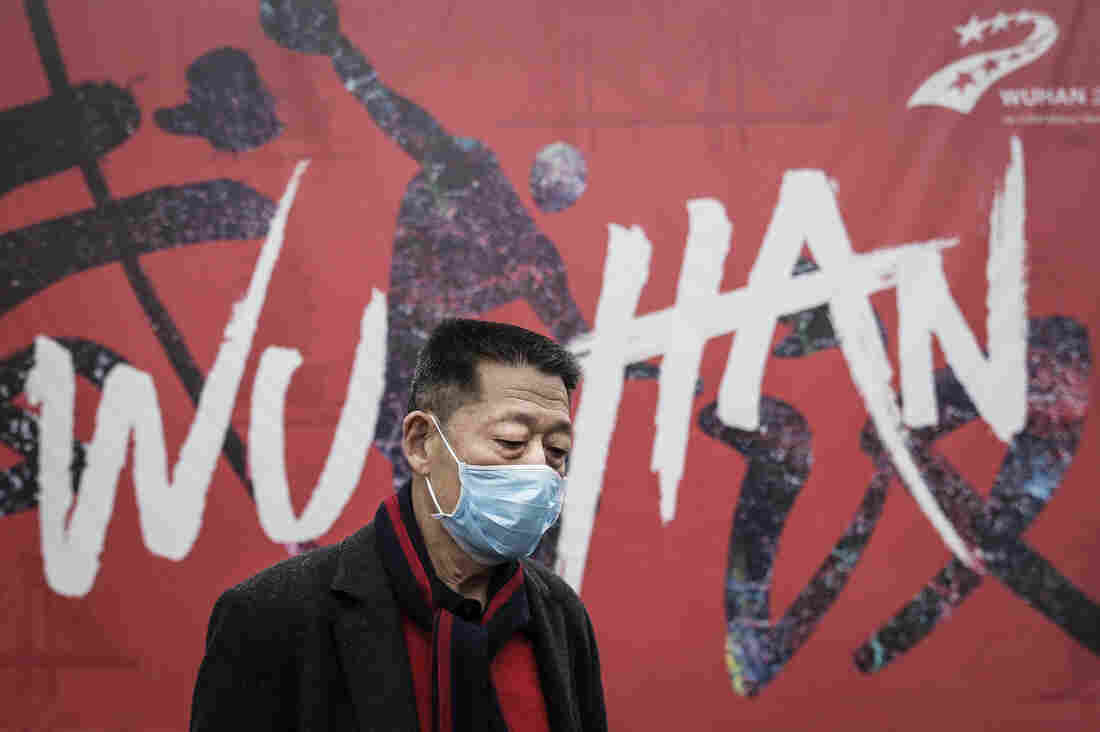 "I don't feel in the Chinese New Year mood at all this year," a netizen with username 朱一龙qwertyuiop416 posted this week on Weibo, China's equivalent to Twitter. "I'm panicking. I'm getting more scared every day."

That sentiment reflects a trend on Chinese social media as confirmed cases of the Wuhan coronavirus surge.

Initially, there was some lightheartedness in posts. One Weibo user commented it was "the perfect time" to stay home and play a mobile phone game called Plague Inc.

But as the situation has worsened, people in Wuhan, the city that's the epicenter of the outbreak, and other affected areas in China are glued to their mobile phones. They're using apps like Weibo, Facebook and Twitter to express their fear and anger — and to cry for help.

Many people are posting about how tough it is to care for themselves and their families.

A Wuhan woman with Weibo username 半夏春秋 shared her experience on Thursday evening. She and her husband were running a fever. They feared they were infected with the coronavirus and wanted to be isolated from their small children, ages 3 years and 4 months. A relative was willing to come to Wuhan to pick up the children, but the city's lockdown stood in the way.

"I've cried and cried," she said in her post. "I have nowhere to turn to now. I can't stop crying when I see my two lovely children. Please help me."

She directed her comments at state newspaper People's Daily and a few local newspapers. Her post received over 4,600 comments and has been shared over 26,000 times. Some locals who said they were healthy offered to shelter the children.

Weibo user 星黛露是兔子达菲才是熊 is from a neighboring city east of Wuhan. She posted that her 76-year-old grandfather developed a fever after taking care of her grandmother, who was confirmed as carrying the virus. But no hospital, she wrote, would take him because of a lack of beds.

Scott Allis, who teaches English in Wuhan, posted videos to Facebook of a hospital hallway jampacked with masked patients seeking care. "Wuhan's hospitals are overflowing," he wrote in his post. The city of Wuhan plans to build a hospital for coronavirus patients in six days to help alleviate the overcrowding, Chinese state media announced Thursday.

In an interview with NPR, Allis also talked about shortages of essential items. "We're running out of hospital supplies ... the supermarkets are out of food," he says. His friend bought a head of cabbage for at least five times the normal cost. The pharmacy he went to this week is out of hand sanitizer and face masks.

Hospitals in Wuhan have asked the public to donate medical supplies including masks, surgical gowns and protective clothing. "This is ... not good," tweeted Laurie Chen, a reporter for the South China Morning Post. "Gives some idea of how desperate the equipment shortage is and how under-resourced hospitals are in times of crisis."

This is... not good. Earlier today, several Wuhan hospitals put out a call for public donations of medical supplies e.g. surgical masks, scrubs, protective goggles. Gives some idea of how desperate the equipment shortage is and how under-resourced hospitals are in times of crisis pic.twitter.com/jhrVPyBTyH

As the lockdown continues in Wuhan, social media is also being used to show that some medical assistance is on the way.

Liu Xin, a television host with Chinese state media CGTN, shared images of army medical workers giving up their holiday breaks to respond to the situation in Wuhan. "Volunteer medical personnel from around China are parting with their families to leave for #Wuhan to combat #CoronavirusOutbreak just before the #LunarNewYear," she wrote. "A very special 'holiday' indeed."

Volunteer medical personnel from around China are parting with their families to leave for #Wuhan to combat #CoronavirusOutbreak just before the #LunarNewYear. A very special "holiday" indeed. pic.twitter.com/ShJBPaz1uB