Accessibility links
Photos Of Life In Areas Affected By The Wuhan Coronavirus Outbreak : Goats and Soda Shopping with a face mask, getting screened for fever — they're some of the challenges posed by the Wuhan coronavirus.

The discovery of the new coronavirus has transformed cities in China and neighboring countries.

The impact is strongest in Wuhan, China, the epicenter of the virus — a city of 11 million that is now under lockdown.

Other Asian cities, from Manila to Seoul, are also feeling the effect. Photographers are documenting the way life has changed since the discovery of 2019-nCoV. 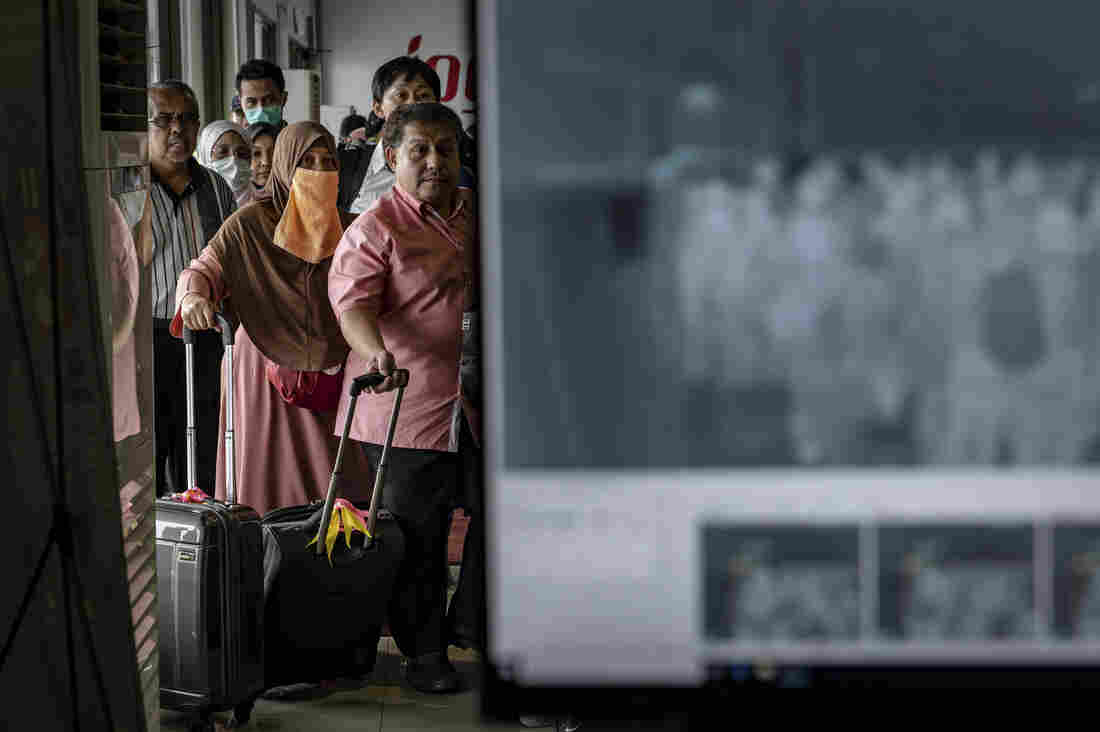 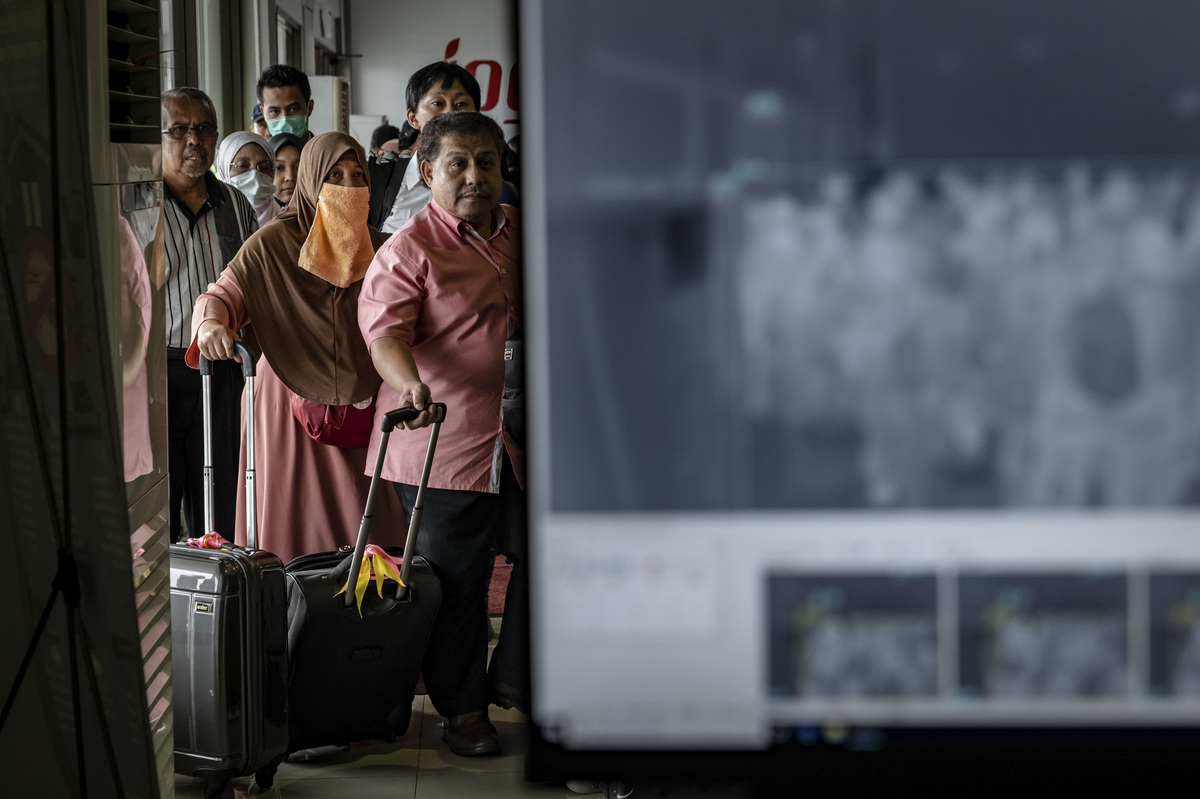 Passengers arriving on an international flight this week at Indonesia's Adisucipto airport in the city of Yogyakarta lined up to be checked for fever with a thermal scanner (screen at right). 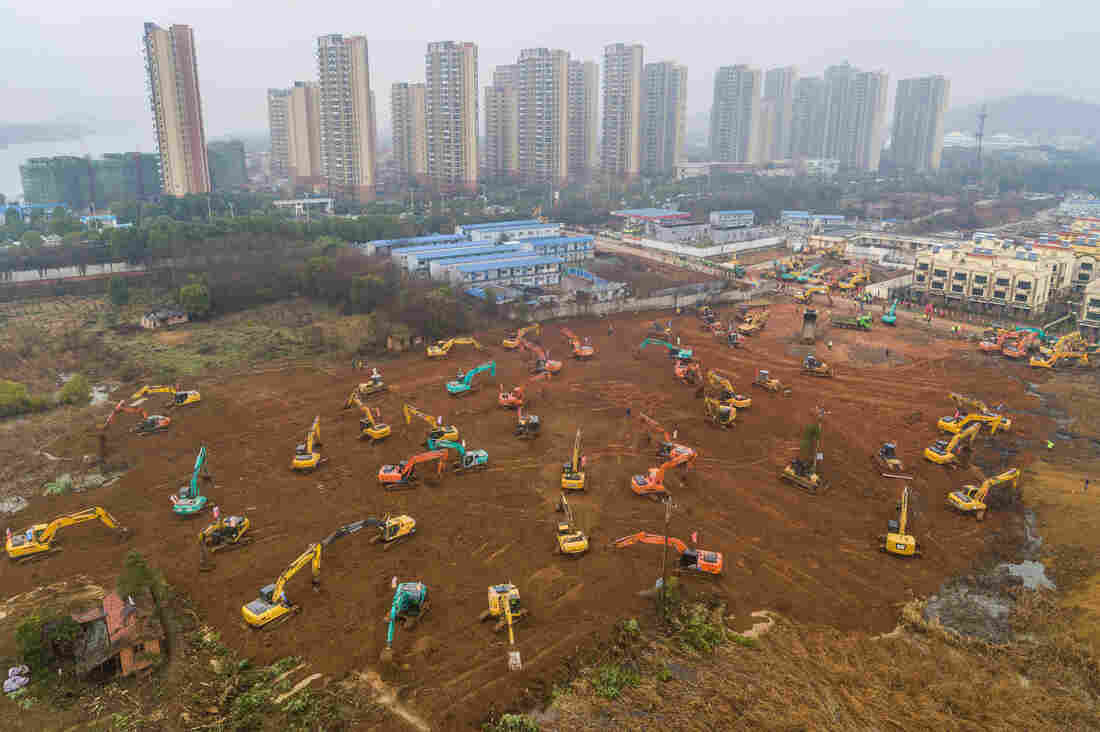 This week, dozens of excavators descended on the construction site for a new hospital in Wuhan. Existing hospitals in the city are overcrowded with patients seeking care. To meet the demand, Chinese authorities on Thursday pledged to build and open a new coronavirus hospital by February 3, modeling the facility on an emergency hospital built in Beijing during the SARS epidemic in 2003. 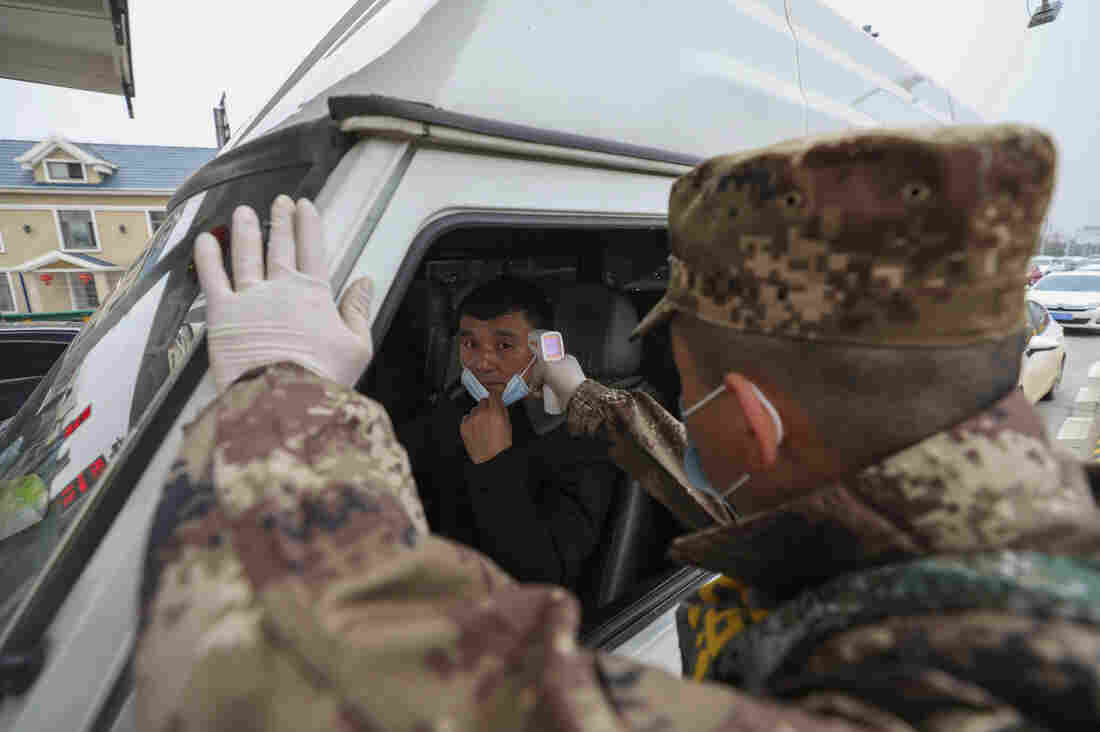 A police officer checked the temperature of a driver in Wuhan, where public transportation was suspended. 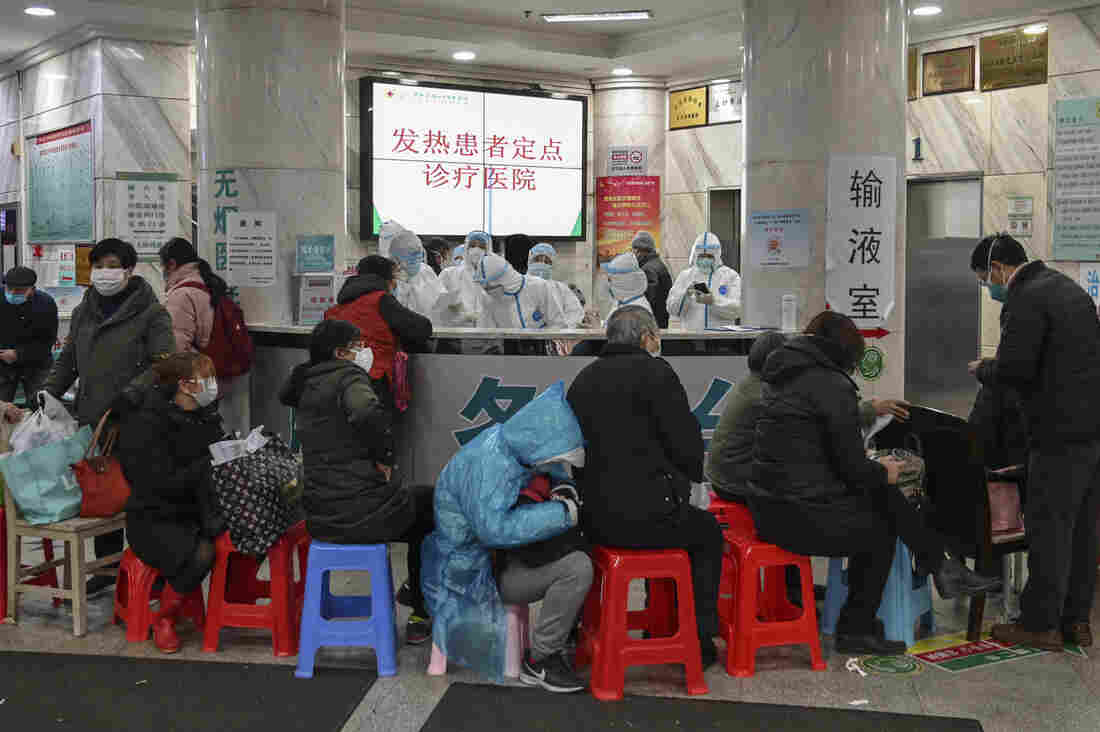 At the Wuhan Red Cross Hospital, people waited to be seen by medical staff, who are dressed in full protective gear. The patients come if they're showing signs of respiratory illness or running a fever. The symptoms could mean they have the flu — or the newly identified coronavirus. 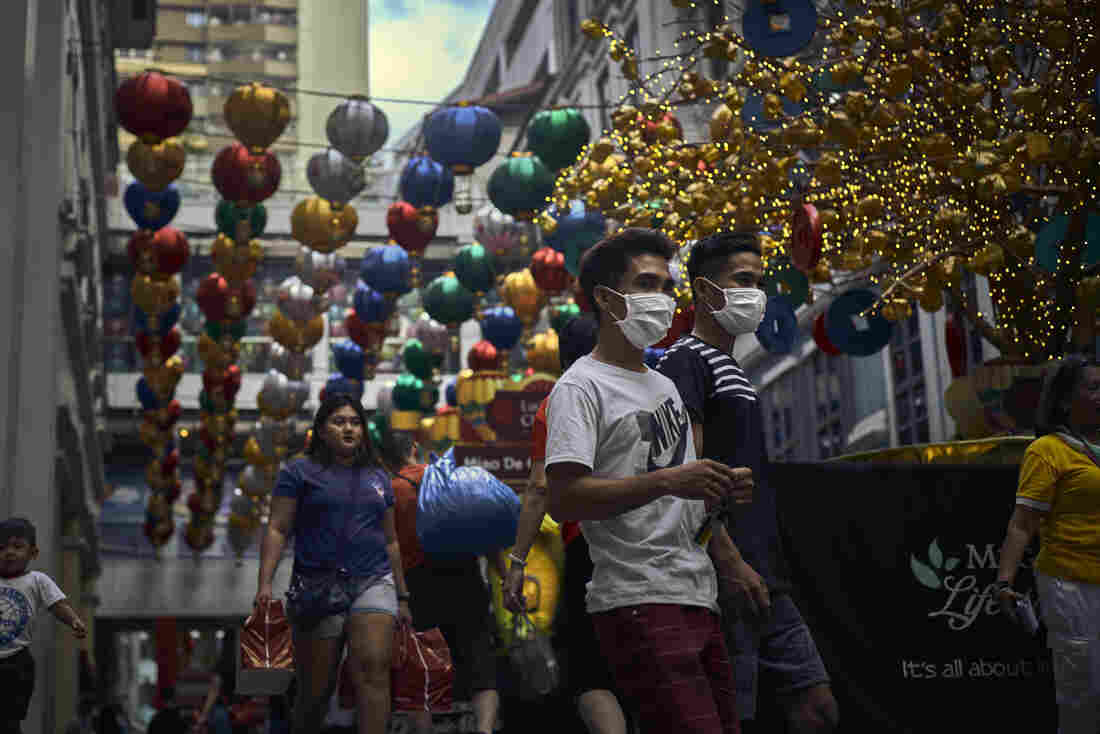 Even though the coronavirus has not been reported in Manila, shoppers this week tried to protect themselves by wearing face masks. China's neighbors are on high alert. 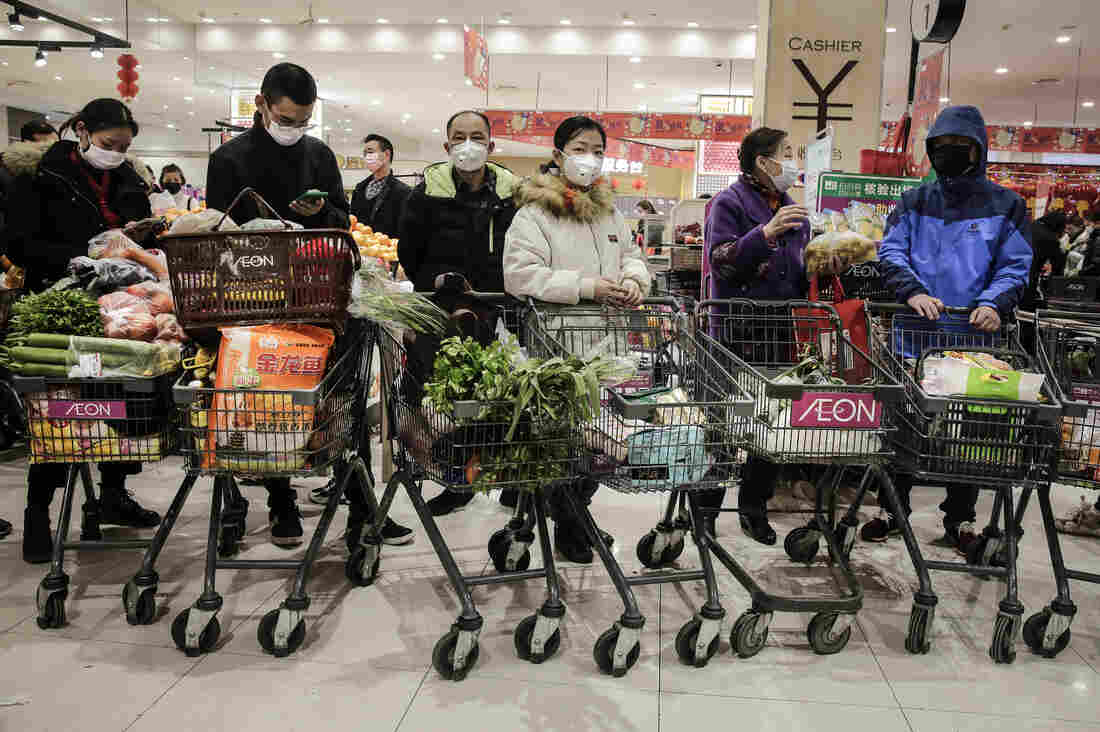 Locals in Wuhan stocked up on vegetables and supplies. 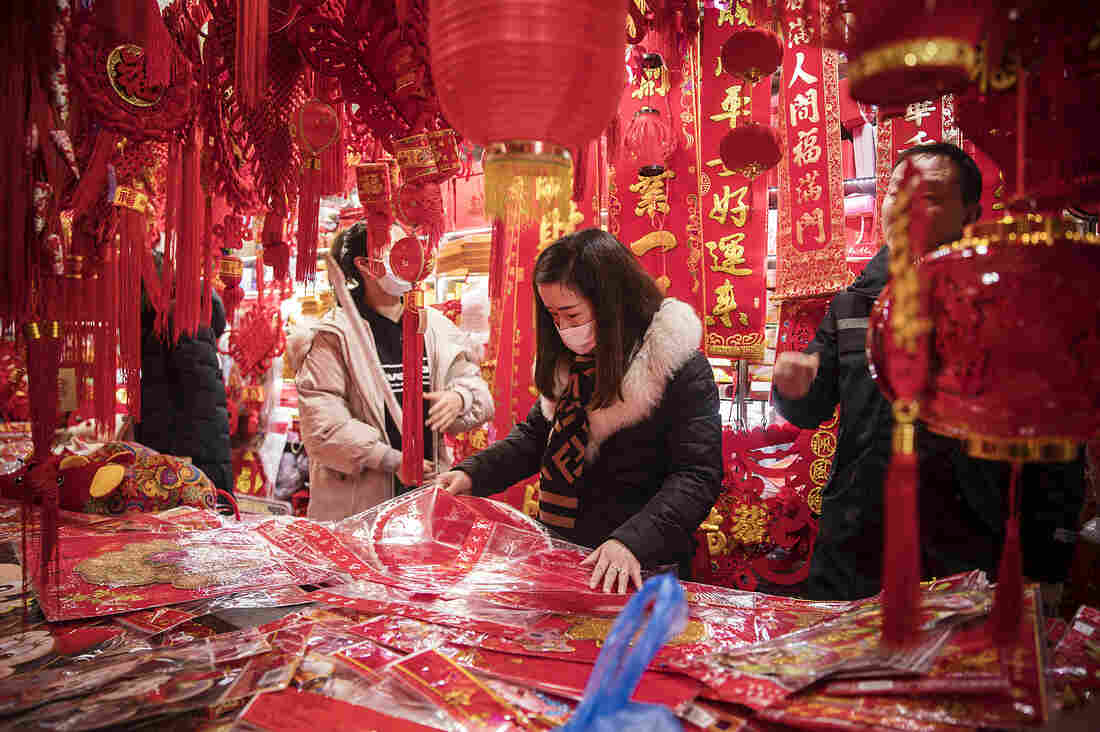 A woman shopped for New Year decorations in Shanghai ahead of the holiday this week. The escalation of the coronavirus coincides with Lunar New Year, China's biggest holiday. Major celebrations were canceled in several big Chinese cities, including Beijing and Wuhan. 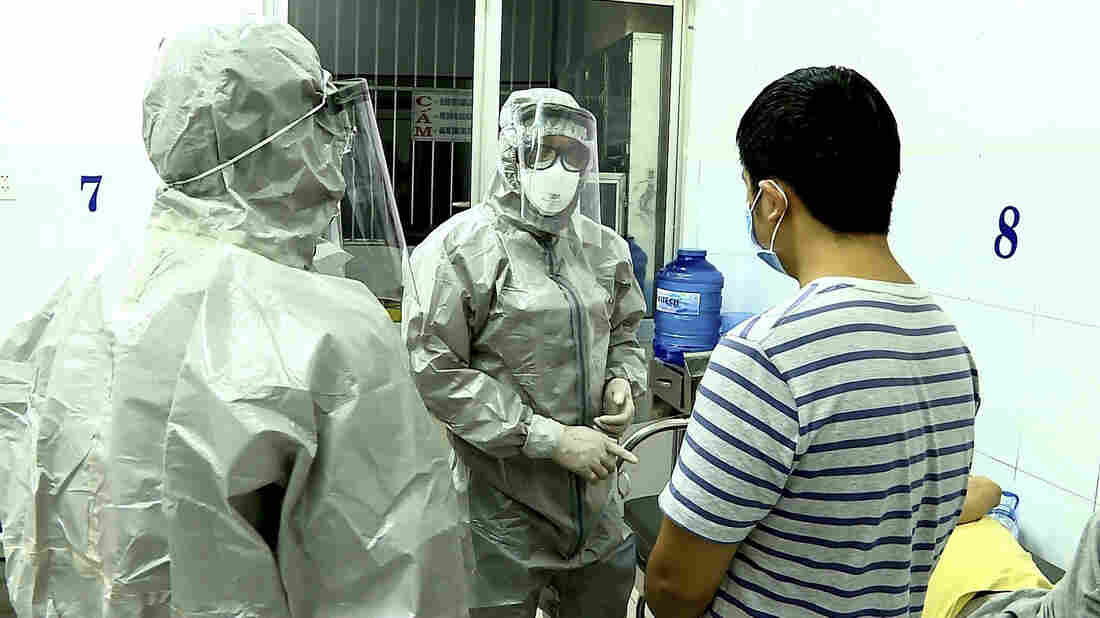 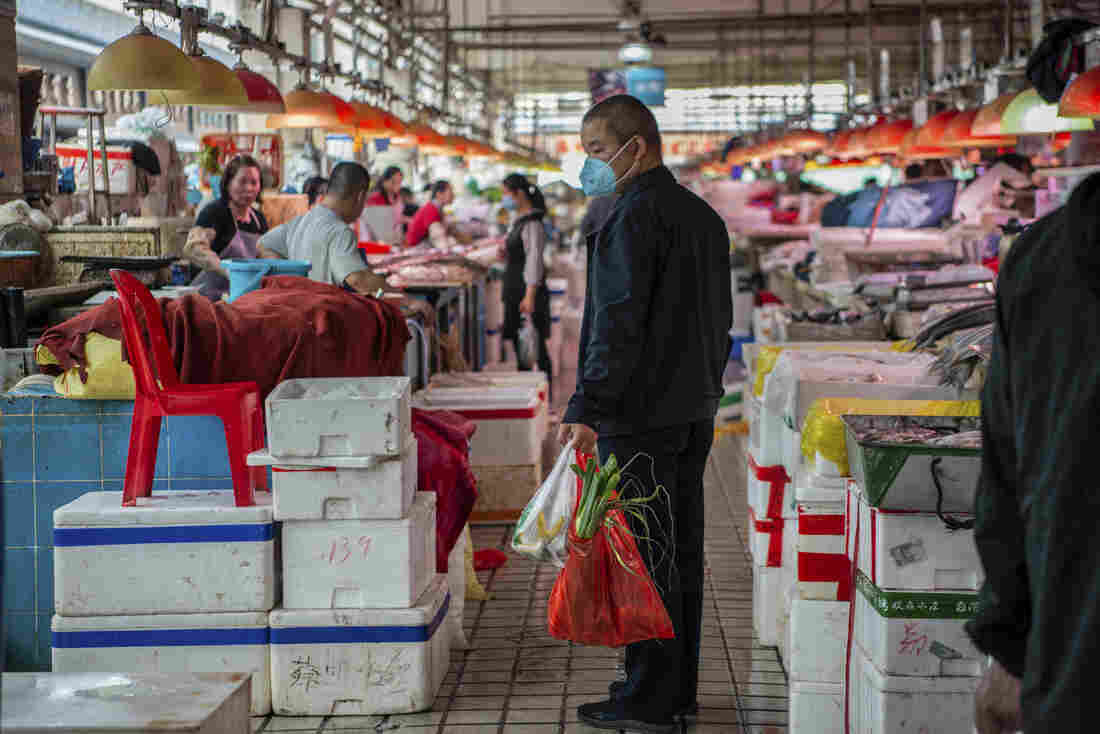 In China's coastal city of Shenzhen, with over a dozen confirmed cases as of Friday, a shopper walked through a market. 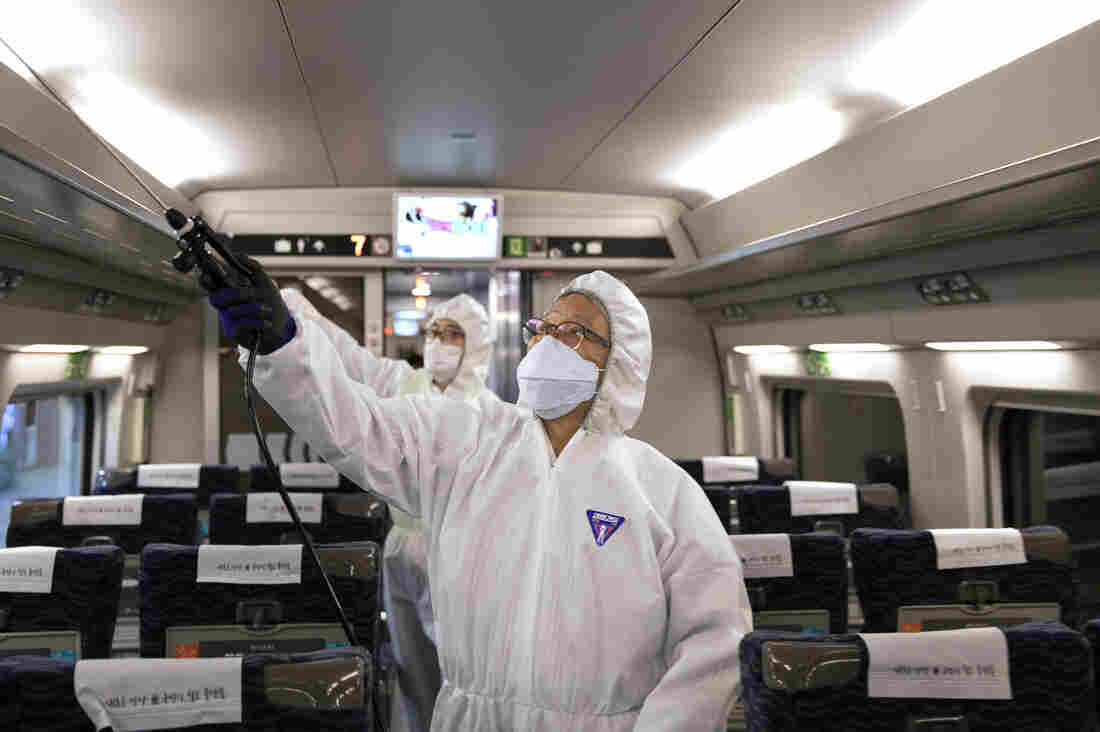 To try to prevent further spread of the virus, workers in Seoul sprayed disinfectant in a train. South Korea has confirmed several cases of the coronavirus. 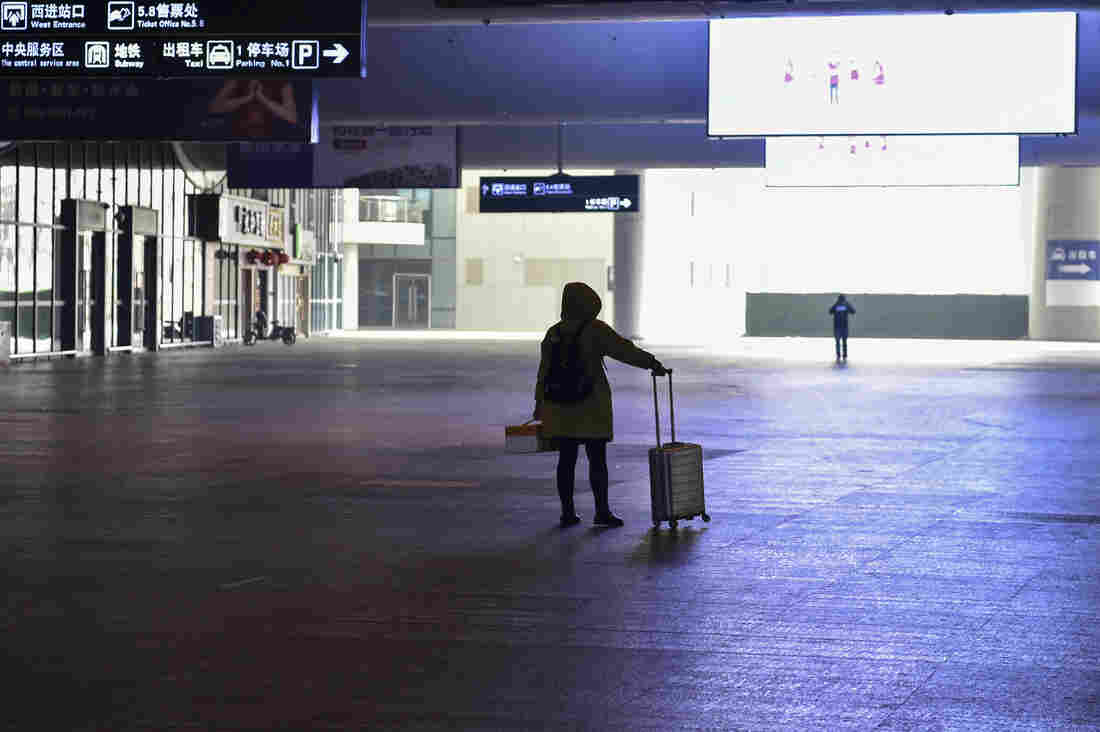 A previous version of this story incorrectly stated that workers in Seoul, South Korea, sprayed disinfectant in a train that came from Wuhan, China. The virus originated in Wuhan, not the train.