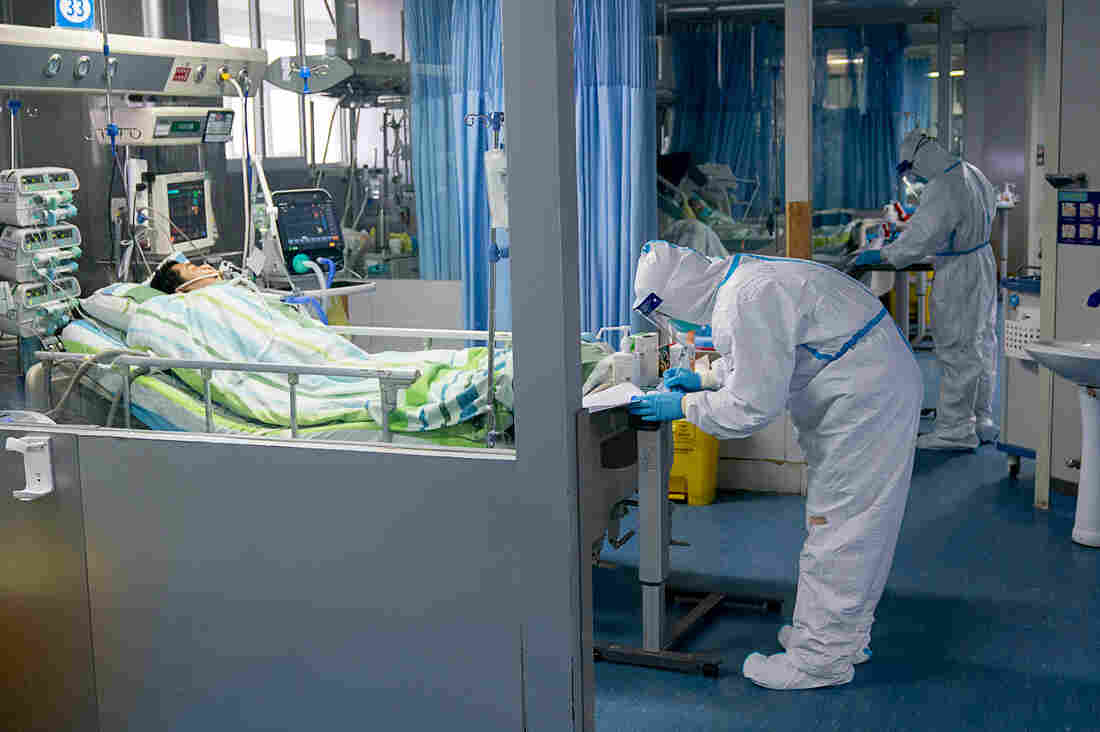 As the death toll from the new coronavirus tops 100, hospitals in Wuhan, China, are attending to many patients with confirmed or suspected cases of the illness. Public health officials are working to prevent further spread of the outbreak in China and globally. Xiong Qi/AP hide caption 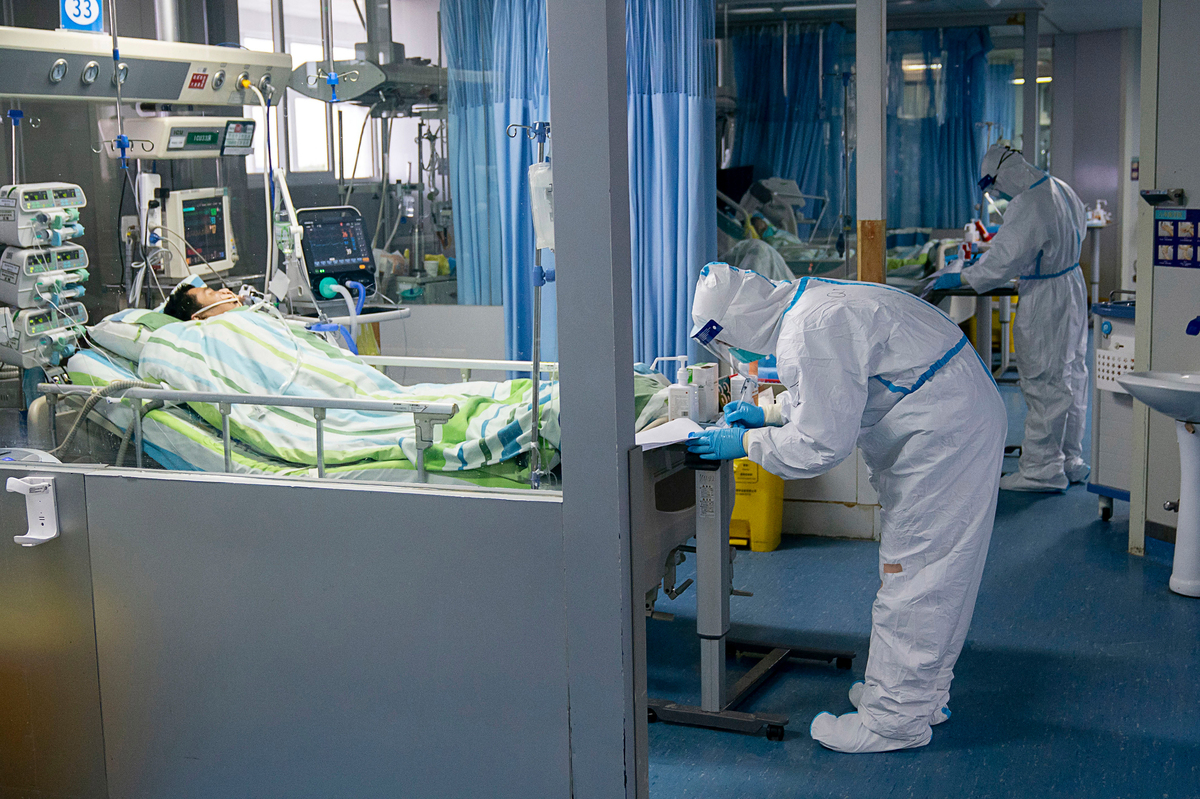 As the death toll from the new coronavirus tops 100, hospitals in Wuhan, China, are attending to many patients with confirmed or suspected cases of the illness. Public health officials are working to prevent further spread of the outbreak in China and globally.

Public health officials around the world were responding to the fast-growing outbreak of the new coronavirus, as officials in China, at the epidemic's epicenter, announced that the number of cases there had reached nearly 6,000.

The World Health Organization announced that it would send international health experts to China to help understand the outbreak and guide the response.

In Beijing, the WHO's director-general, Dr. Tedros Adhanom Ghebreyesus, met with Chinese President Xi Jinping. "Stopping the spread of this virus both in China and globally is WHO's highest priority," said Tedros. "We appreciate the seriousness with which China is taking this outbreak," he added, praising Chinese officials for sharing data and information about the virus.

The death toll from the illness has now topped 130, up from six a week ago. Total confirmed cases have more than doubled in the past few days — from 2,835 on Monday to 5,974 on Wednesday local time. The largest portion of the confirmed cases are in Hubei, the central Chinese province where the outbreak originated in early December in Wuhan, a city of 11 million.

But new cases continue to emerge around the world. Germany was the latest of more than a dozen countries to confirm cases of the coronavirus within their borders — it has found four cases. German health officials say they have evidence of human-to-human transmission.

This week, the U.S., along with Japan, South Korea and the European Union, will start evacuating residents from Wuhan.

The U.S. State Department, citing "restricted transportation and overwhelmed hospitals in Wuhan" in a statement to NPR, chartered a flight to bring consulate employees and some residents back to the United States. The flight, planned for Wednesday, is expected to carry around 240 people and refuel in Alaska before arriving in California.

The Centers for Disease Control and Prevention also expanded airport screenings for the coronavirus from five to 20 airports and intensified its travel guidance, advising Americans to avoid all nonessential travel to China.

Health officials in mainland China are urgently trying to halt the spread of the virus. The Chinese government added three days to the Lunar New Year holiday — now ending Feb. 2 — delaying travel and the return to daily life.

"What they're trying to do is to slow down person-to-person transmission," says Dr. Louise-Marie Dembry, an epidemiologist at Yale University who worked on infection prevention in China after SARS.

Some 50 million people remain quarantined within Wuhan and other nearby cities. But in a news conference Sunday, Wuhan Mayor Zhou Xianwang said that some 5 million people left the city before the quarantine was implemented on Jan. 23, reports the South China Morning Post.

Hong Kong's government announced that it has taken steps to reduce the flow of mainland visitors to Hong Kong by halting permits, canceling group tours and banning anyone who recently visited Hubei. The efforts, while extensive, leave borders with China porous.

At a news conference, Hong Kong's leader, Carrie Lam, said it was necessary to allow Hong Kong residents abroad to return home. "I don't think it is very meaningful to talk about a complete closure of the boundary control points," she said.

Hong Kong also announced Tuesday that it is closing museums, libraries and sports centers until further notice to prevent the coronavirus from spreading. The government is encouraging people to work from home. As of Wednesday local time, eight cases of coronavirus were confirmed in Hong Kong.