Accessibility links
How Doctors Are Treating Patients With Coronavirus Disease : Goats and Soda They're testing some drugs developed for other diseases. And they're offering supportive care — doing whatever's possible to keep vital organ systems functioning. 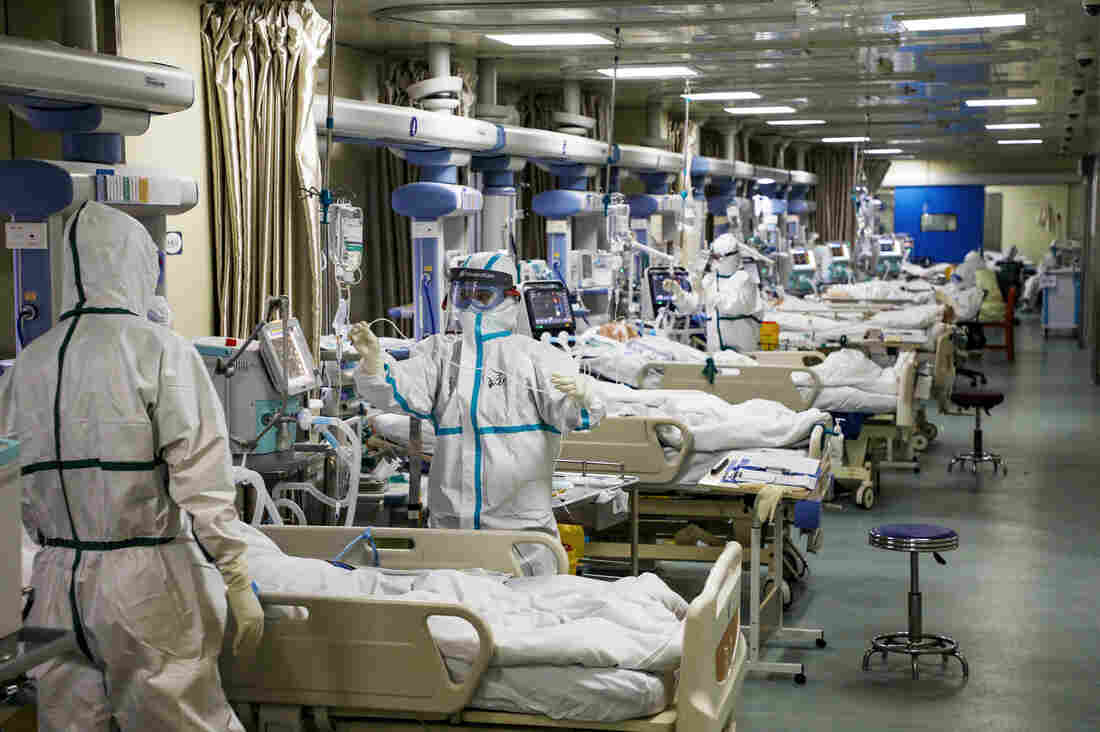 Medical workers in protective suits tend to coronavirus patients at the intensive care unit of a hospital in Wuhan, China. China Daily via Reuters hide caption 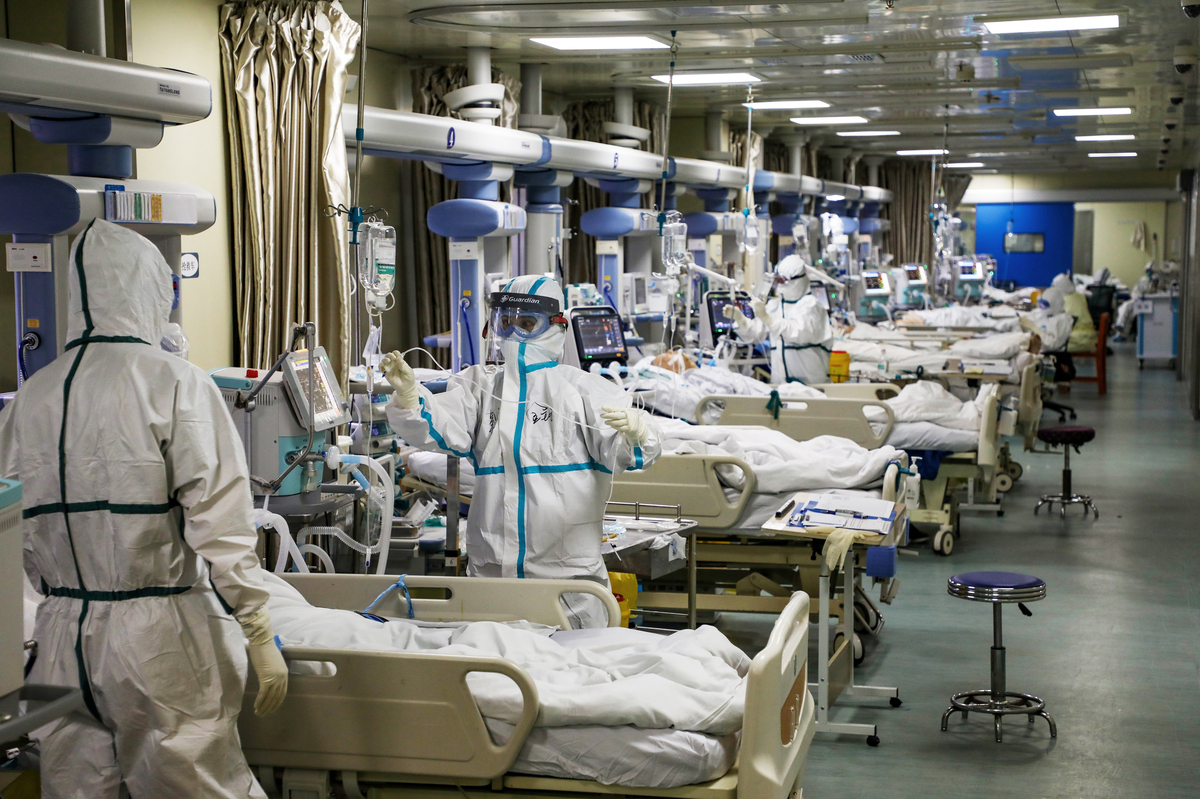 Medical workers in protective suits tend to coronavirus patients at the intensive care unit of a hospital in Wuhan, China.

Even though the coronavirus disease that has sickened tens of thousands of people in China is new to science, doctors have a pretty good idea about how to treat it. COVID-19, as it is now named, attacks the lungs. Doctors see similar symptoms from other diseases all the time, especially from serious cases of the flu.

There's no specific drug that can kill this virus. So doctors provide what's known as supportive care, says Dr. Laura Evans, a critical care specialist at the University of Washington and a member of the Society of Critical Care Medicine's Leadership Council.

The strategy of supportive care is to do whatever's possible to keep vital organ systems functioning. That means monitoring vitals such as temperature, blood pressure and oxygen levels "and trying to keep those as normal as we can," she says.

Providing oxygen can be critical, particularly for a lung ailment. The method can range from a simple tube in the nostrils (a nasal cannula) to much more aggressive approaches, such as a mechanical ventilator, which involves a breathing tube threaded into a person's airways.

"We're just trying to support their bodies through it while they deal with the infection themselves," she says.

At the end of the day, it's the person's immune system, rather than the doctors, that does the hard work of fighting off an infection. Drugs can help as well, whether it's for blood pressure, heart performance or infection control.

"Sometimes these patients could have bacterial infections along with the viral infections," says Dr. Charles Dela Cruz, a critical care specialist at Yale University's School of Medicine. "They may or may not need antibiotics in certain situations."

He has helped analyze case reports of coronavirus from China. About 80% of COVID-19 cases are comparatively mild and don't require major medical interventions, but the remaining 20% can be quite serious.

Dela Cruz notes that patients who survive a crisis still may have a long road ahead of them.

"They have a lot of consequences of what they've gone through, especially if they're mechanically ventilated for a long time," Dela Cruz says. "And so a lot of them have a harder time to get back to their baseline. It sometimes takes weeks or even months. And there's also a lot of mental health distress."

People who have had a disorienting experience in the ICU may end up with delirium, which can have long-term consequences.

Researchers in China are already testing drugs that target the coronavirus. One is an experimental medication from the United States called remdesivir, which was originally developed by Gilead Sciences to treat Ebola (but has not been approved for any purpose). These drugs stop the virus from replicating but can't undo damage that the virus has caused to a person's body.

Dr. Fred Aoki at the University of Manitoba has studied antiviral drugs in the context of the flu, which has strong parallels to COVID-19. Those drugs are mostly effective within just a day or two of a person developing symptoms — that is, before the virus has had a chance to make someone really sick. They can prevent the virus from doing a lot of damage at that point.

The drugs can also reduce the risk of death in hospitalized patients, Aoki says. "In those cases, anti-influenza drugs will have an effect out to five and six days after onset of illness and will produce a salutary change in the course of the illness."

He says these flu medicines are actually most effective in people who are well but who have been exposed to the virus, say from a member of their household. The drug can actually prevent disease at that point.

Researchers studied this effect during the pandemic flu a decade ago. "These pills would reduce the illness in the other family members by about 70 to 80 percent," he says.

Logistics are the biggest challenge, Aoki says, because if people have to wait for doctors' appointments to get a prescription, they've lost precious time.

But even in the best of circumstances, we should not expect too much from antiviral medications.

"In the case of influenza, where we have approved antiviral therapy, we still see people become very ill and requiring hospitalization or requiring intensive care," says Evans of the University of Washington. "And we know thousands in the U.S. die every year from influenza. So I don't think we should think of an antiviral drug as a magic bullet here."

People will still need supportive care, she says, to buy them time to heal.