Accessibility links
Coronavirus Has Graver Consequences For Older Patients : Goats and Soda The data from China offer insights into the way different age groups are affected after being infected.

Here's Who Faces The Greatest Risk Of Severe Illness From Coronavirus

Here's Who Faces The Greatest Risk Of Severe Illness From Coronavirus 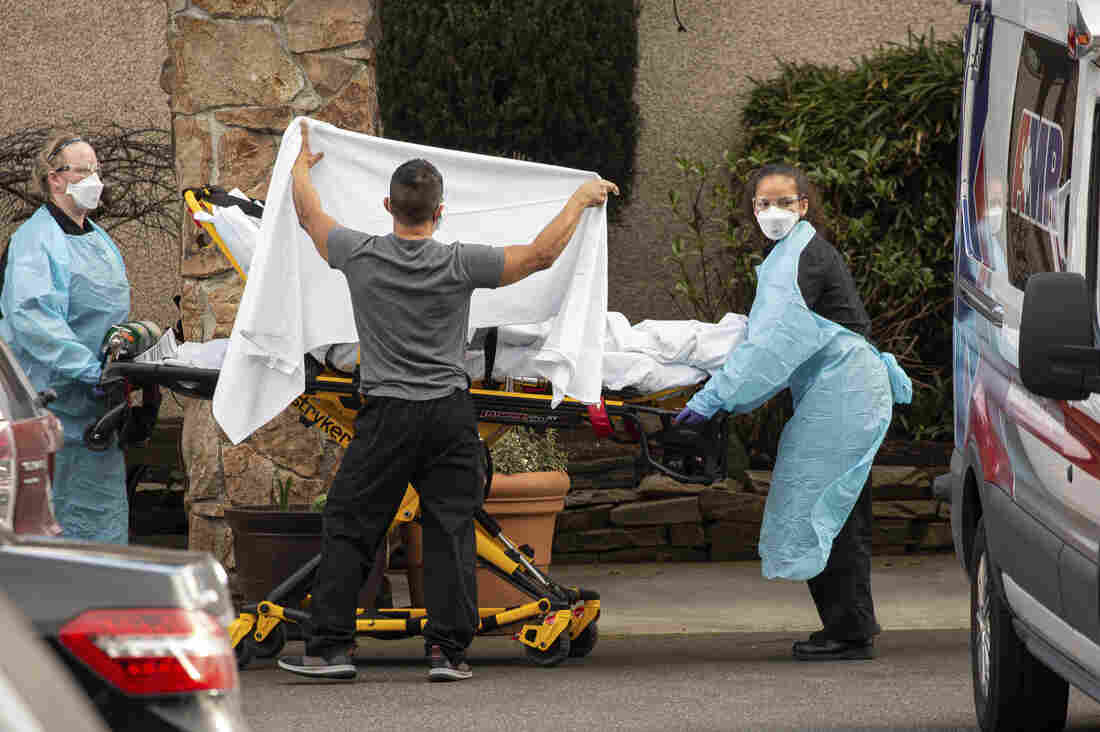 Health care workers bring a patient into an ambulance at Life Care Center in Kirkland, Wash. Two deceased residents of the eldercare facility had posthumous diagnoses of COVID-19, the disease caused by the new coronavirus. David Ryder/Getty Images hide caption 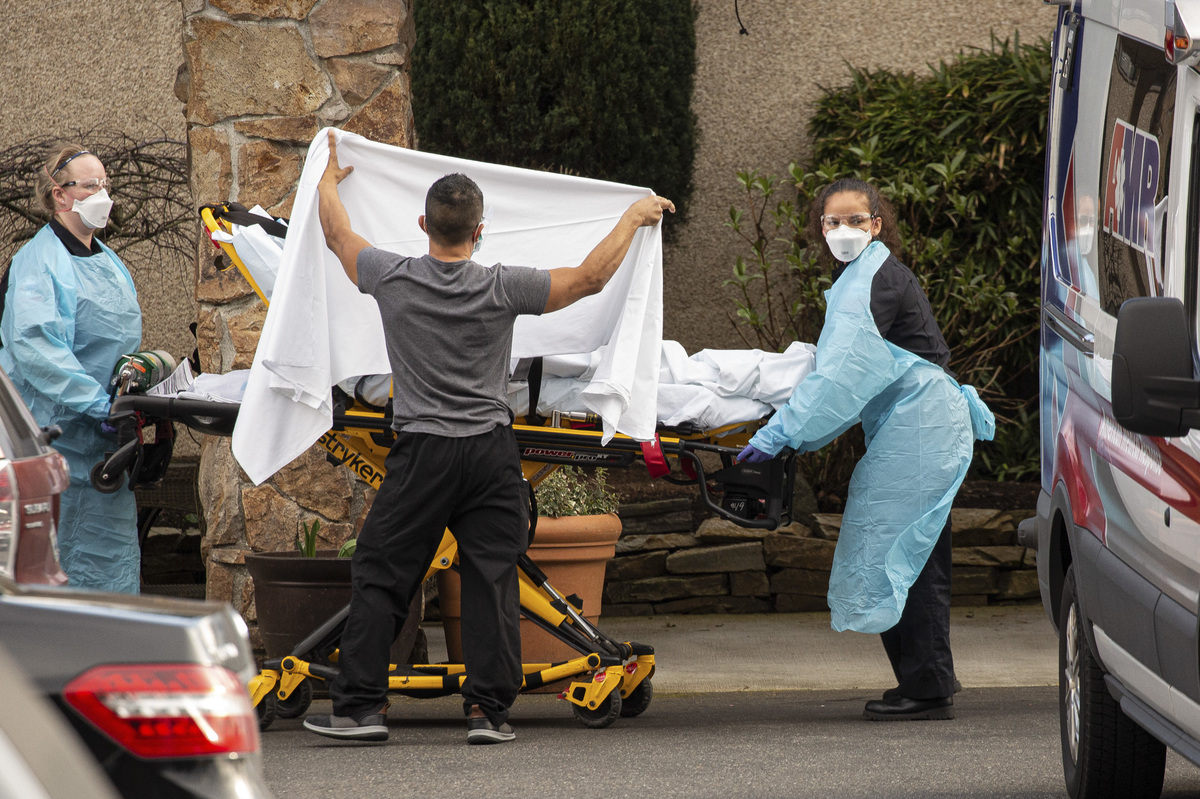 Health care workers bring a patient into an ambulance at Life Care Center in Kirkland, Wash. Two deceased residents of the eldercare facility had posthumous diagnoses of COVID-19, the disease caused by the new coronavirus.

Anyone can catch COVID-19, the disease caused by the newly identified coronavirus. But certain populations appear to be more vulnerable to its effects.

Consider the 11 deaths so far in the United States — one in California and the rest in Washington state.

The younger people who died include one man in his 40s and two men in their 50s. Officials said these individuals had underlying medical problems that could have made them particularly susceptible to the virus, but officials would not detail what the problems were.

"There are too few patients to say specifically whether one underlying condition is more of a risk factor than another at this point," said Dr. Jeff Duchin, a public health official for Seattle and King County who spoke at a press briefing on the outbreak in Washington on Monday.

"This disease wasn't even known to us two months ago. So we're still learning a lot about specific risk factors for disease," he said.

Still, he said, public health workers do know enough to say, generally, what may make someone more susceptible.

"It's apparent from what's been reported from China and from what we are seeing here locally that the patients who are having serious illness are those who are either very old, with weakened immune systems due to age, or have underlying chronic diseases," said Duchin.

Those diseases include "chronic lung disease, chronic cardiac disease, diabetes," he said, explaining that these are the same conditions that typically put people at greater risk of severe illness from seasonal influenza, another respiratory viral disease.

Much of what public health experts know about this virus comes from China, where the number of cases now tops 80,000.

There, children and younger people seem only mildly affected by the virus. A report from China described nine hospitalized children under 1 year old and found that none required intensive care or had any severe complications.

Most confirmed cases were among people age 30 to 79, and 80.9% of all illnesses were considered mild.

Estimates for the overall fatality rate for this coronavirus have varied, with one large study putting the figure at 2.3% in China. But that study found that in people age 80 or older, the death rate was much higher: 14.8%. Another study out of China that looked at the same 44,672 cases noted that the case fatality rate was 8% in patients age 70 to 79.

Overall, the data coming out of China suggest that older people and people with underlying health conditions "were about twice as likely to develop serious outcomes [of COVID-19] versus otherwise younger, healthier people," said Dr. Nancy Messonnier, director of the National Center for Immunization and Respiratory Diseases at the Centers for Disease Control and Prevention.

"We are particularly concerned about these people, given the growing number of cases in the United States," she added in a press briefing on Tuesday.

It has long been recognized that people over 65 are at greater risk of developing severe complications from seasonal influenza. The CDC says that in recent years, between 70% and 85% of seasonal flu deaths have occurred in people age 65 and above.

Many of the same precautions taken for the flu should be taken to reduce the risk of coronavirus infections in this population, such as avoiding close contact with people who are sick and washing hands often.

"If you are 65 and older, and particularly if you live in areas where there is ongoing community spread," says Messonnier, "you need to think about what actions you can take to reduce your exposure."