Accessibility links
300 Million Kids Out Of School Because Of Coronavirus Closings : Goats and Soda According to the United Nations, almost two dozen countries on three continents have closed schools because of the virus. China by far has the most students affected: more than 233 million. 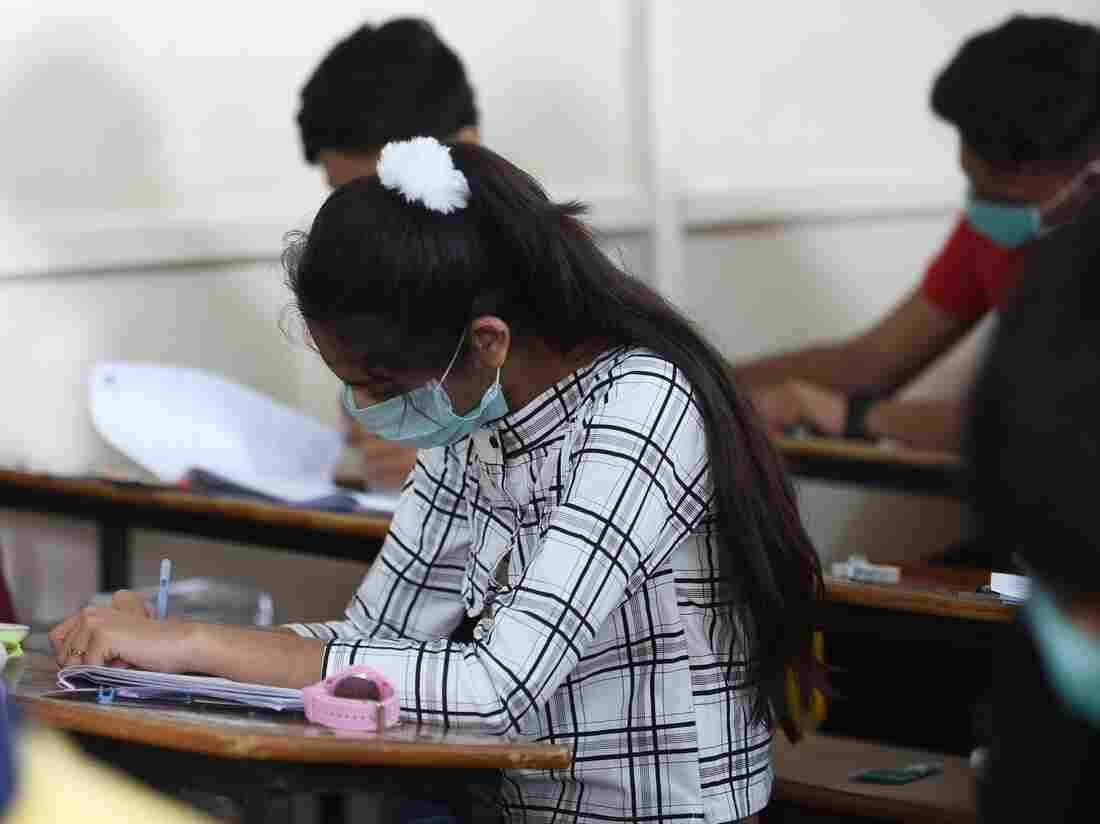 Students sit for an exam in Ahmedabad, India, on Thursday. In the nation's capital, New Delhi, all primary schools have been ordered closed until March 31 because of coronavirus concerns. Sam Panthaky/AFP via Getty Images hide caption 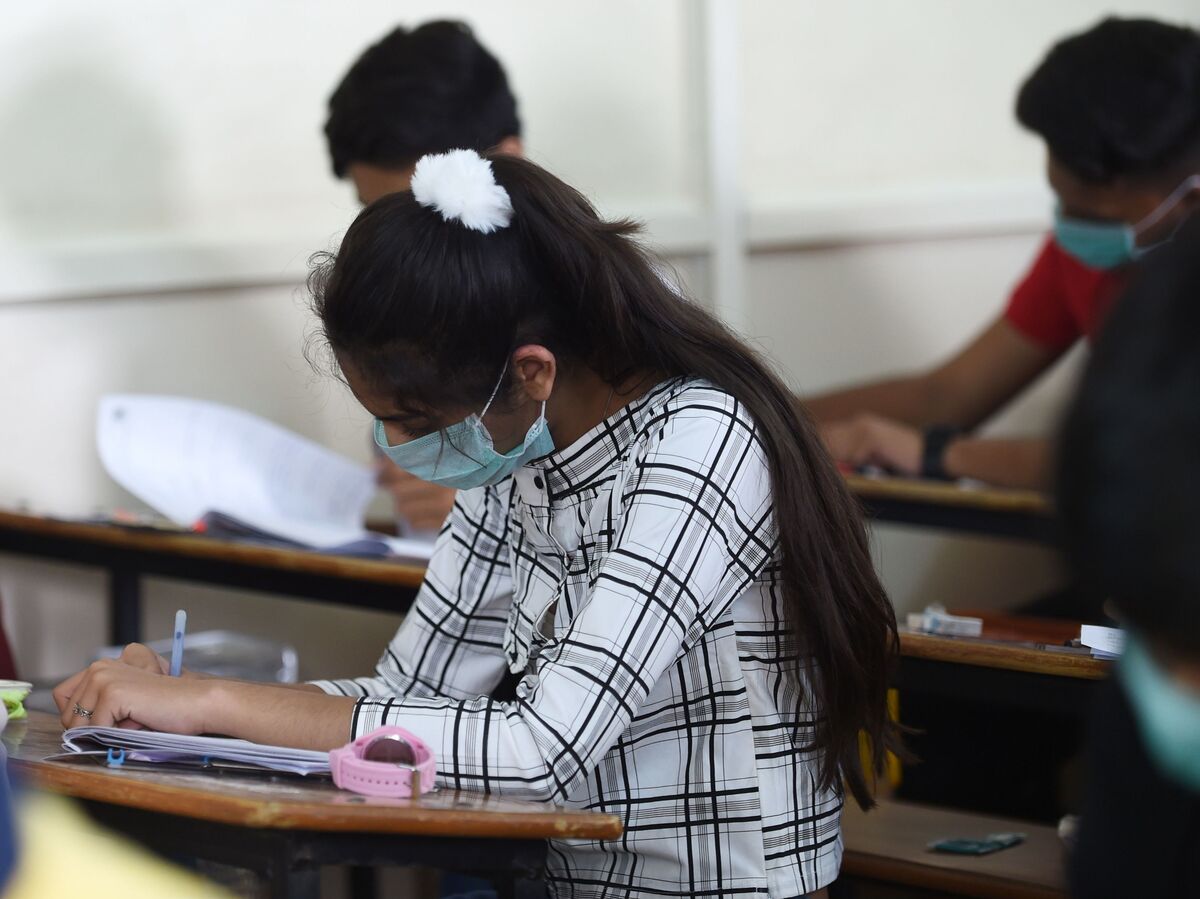 Students sit for an exam in Ahmedabad, India, on Thursday. In the nation's capital, New Delhi, all primary schools have been ordered closed until March 31 because of coronavirus concerns.

As cases of coronavirus disease continue to be identified in countries around the world, the effort to stem its spread has kept some 290 million students home from school.

According to the United Nations, as of Tuesday, 22 countries on three continents have closed schools because of the virus.

"We are working with countries to assure the continuity of learning for all, especially disadvantaged children and youth who tend to be the hardest hit by school closures," UNESCO Director-General Audrey Azoulay said in a statement. "While temporary school closures as a result of health and other crises are not new unfortunately, the global scale and speed of the current educational disruption is unparalleled and, if prolonged, could threaten the right to education."

Thirteen countries have closed schools nationwide. China by far has the most students affected: more than 233 million.

Other large countries that have closed schools nationwide include Japan, Iran, Italy, Iraq and North Korea. Small countries have, too: Azerbaijan, Lebanon, Armenia, Bahrain, Kuwait, Mongolia and the United Arab Emirates have all shuttered their schools.

On Thursday, some schools in the Indian capital, New Delhi, also were closed because of the outbreak, according to The New York Times.

When schools close, a cascade of adverse effects can follow. The missed lessons disproportionately affect poorer students, who often have fewer opportunities for learning outside of school. Many students rely on the free or discounted meals they eat at school for nutrition. Child care must be hastily arranged, which sometimes means that kids are left at home unattended. Dropout rates also can rise, particularly after protracted closures. And students might not have equal access to technology if their classes go online.

In the U.S., only a few schools have closed so far — but that number is likely to grow. On Wednesday, Los Angeles declared a public health emergency and has urged the community to prepare for the possibility of school closures in the country's second largest school district.

Northshore School District, north of Seattle, closed all of its schools beginning Thursday, for up to 14 days. The district has 23,577 students; about 15% of them qualify for free or reduced lunch.

Starting Monday, the district's instruction will take place online. Schools trained students on Wednesday to use an online learning platform, and the district will provide computing devices and Internet hot spots to students who need them.

Northshore Superintendent Michelle Reid said a number of people in the district were already in self-quarantine and a parent/volunteer at one of the district's elementary schools was presumed to have the coronavirus disease COVID-19. The absentee rate the day before closure was 20%.

The district said it was working on a plan to offer meals for students who need them and was assessing the feasibility of offering child care.

"Education is a service to which our district is resolutely committed. It is not a place," Reid wrote in a statement announcing the closure. "To that end, we are shifting our education from the classroom with four walls to the cloud. We are taking this strategic approach not because we think by doing so, we will stop an epidemic; we are simply trying to do our part to slow the spread of COVID-19."