Accessibility links
Coronavirus Containment Still Can Be Achieved, WHO Official Says : Goats and Soda China's experience shows how the virus can be stopped. But the World Health Organization's Dr. Bruce Aylward says other countries may be drawing the wrong lessons about how China achieved it. 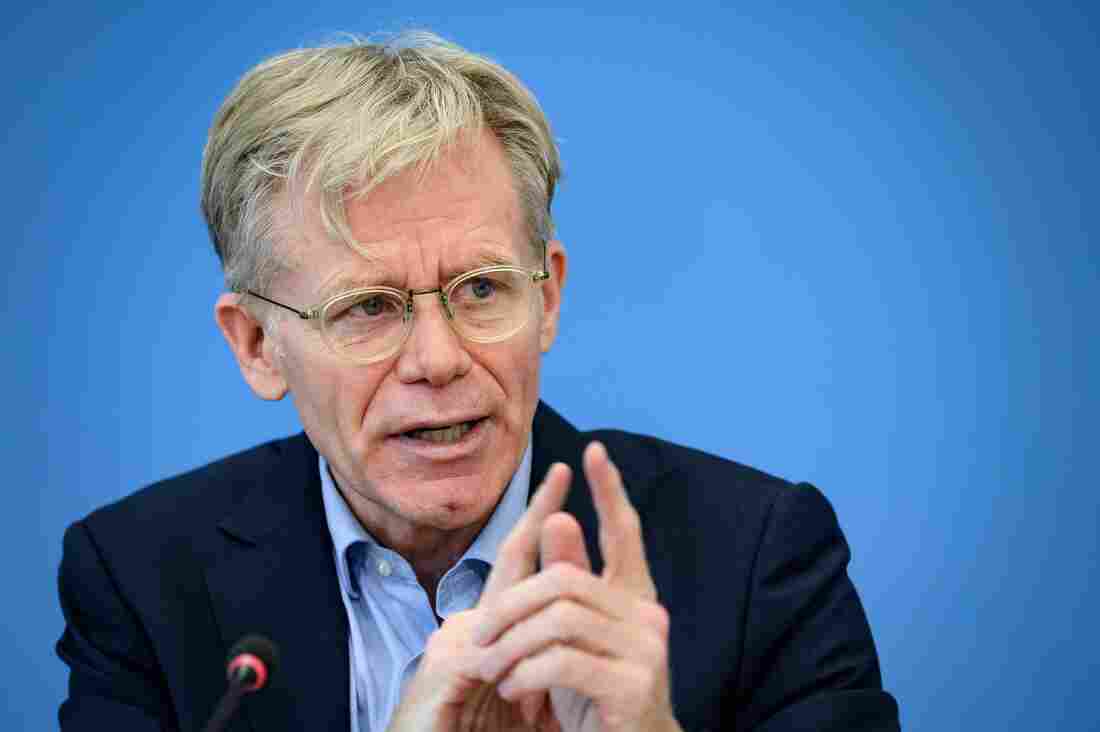 "As long as you have these discrete outbreaks ... there is the opportunity to control them," says Dr. Bruce Aylward, team leader of the joint mission between the World Health Organization and China on COVID-19. Fabrice Coffrini/AFP via Getty Images hide caption 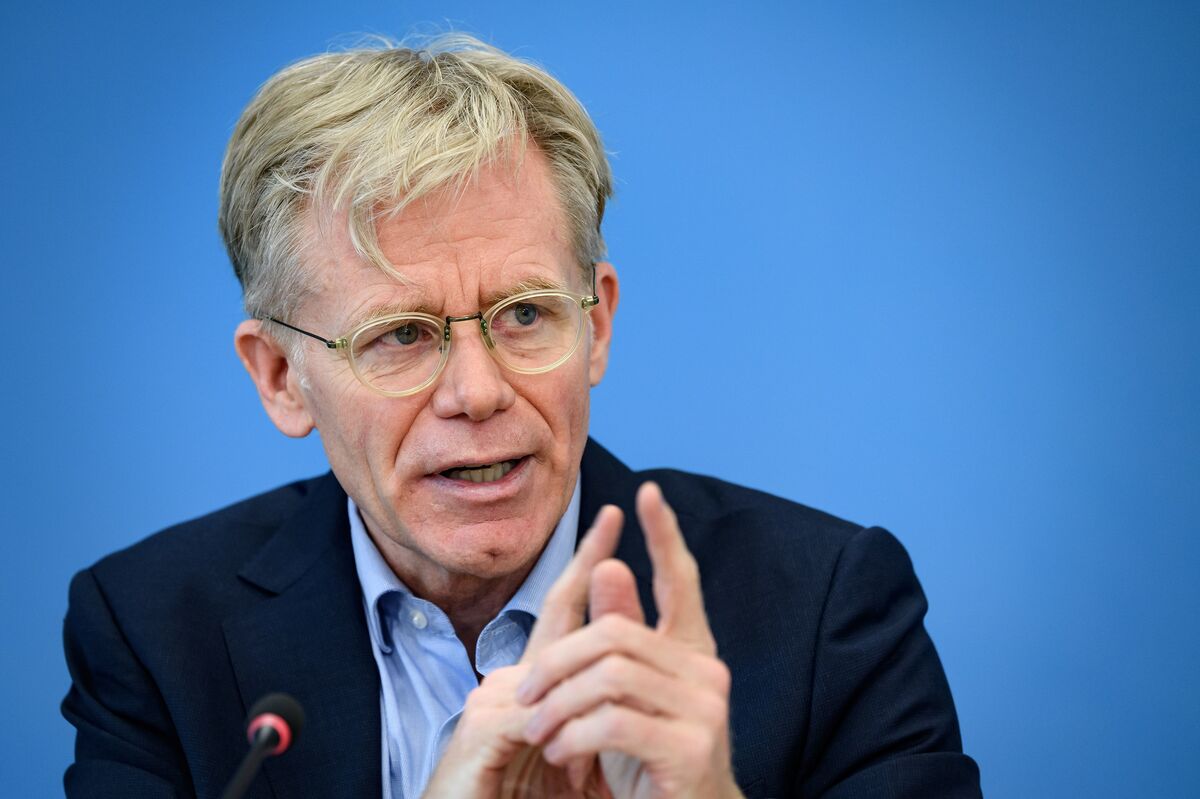 "As long as you have these discrete outbreaks ... there is the opportunity to control them," says Dr. Bruce Aylward, team leader of the joint mission between the World Health Organization and China on COVID-19.

Even as the number of new coronavirus infections continues to spiral upward in countries around the world, a top global health expert says it's not too late to contain the virus.

"As long as you have these discrete outbreaks ... there is the opportunity to control them — to get on top of these and contain them and prevent a lot of disease and ultimately death," says Dr. Bruce Aylward, a senior adviser to the director-general of the World Health Organization. "That's the big message we saw in China — and one of the big surprises."

Aylward led a fact-finding trip in China in February on behalf of the World Health Organization. He says the experience there altered his view of what can be done.

"They actually changed the course of a respiratory-borne outbreak without a vaccine, which was extraordinary," says Aylward. The number of daily new cases in China went from around 2,000 just a few weeks ago to less than 100 in recent days.

But Aylward says other countries may be taking the wrong lesson from China by attributing its success to the government's unprecedented restrictions on daily life in several cities, most famously Wuhan, the city of 11 million people where the outbreak began. There, the government has suspended transportation out of the city and for the most part required people to remain in their homes — with only brief forays permitted to stock up on food and other supplies.

"China has 31 provinces, thousands of cities," notes Aylward. "And it was only a few cities where they took those draconian measures. In the vast majority of them, they ... really went back to fundamentals of public health."

These included ensuring that there was enough testing capacity to quickly identify cases, isolating infected patients, tracing anyone who had contact with them and, when necessary, placing those contacts in quarantine facilities so they wouldn't get infected by the sick person or spread the disease further. Also, in places where clusters of cases were emerging, authorities prohibited mass gatherings.

"That's how they stopped it in the areas with over 1.3 billion people," says Aylward. "We spent two weeks on the ground looking at the data. Every other province [beyond Hubei, where Wuhan is located] had hundreds, if not thousands, of cases, not unlike the situation you see in European countries or in the U.S. These are massive provinces with tens and even a hundred million people in them."

In short, Aylward says, "it wasn't a lockdown everywhere. That's the wrong way to portray China's approach to the disease. And that's leading to some fundamental confusion and failure to do the right things."

Is Italy's decision to impose severe lockdown-like restrictions in vast swaths of its northern region the right approach?

Aylward says he's reluctant to comment specifically on Italy's decision because he's not familiar with the epidemiological data there. "One of the challenges with Italy right now is just the amount of data," he says. "They're just running so fast to catch up with the cases, it's difficult to understand what's driving the transmission. Because that's what you want to use to drive your strategy — what you cancel, what you suspend, etc. It should be driven by the way the virus is moving."

Still, Aylward says, there is indeed a threshold where it becomes necessary to impose major restrictions on movement. That happens when there is substantial "community-level transmission, where it's spreading in [so] many, many different environments, you can't even differentiate clusters." That's what occurred in Wuhan.

But even in those instances, says Aylward, it's crucial not to rely on restrictions of movement as the sole remedy. Public health authorities need to be prepared for a rebound in cases when movement restrictions are lifted and cases start to tick up again.

"When I talk to governors of provinces [in China], mayors of cities and ask them, 'What are you doing now?' — they say, 'We're building beds for isolation, and we're buying ventilators to help take care of the very sick,' " Aylward says. "And the interesting thing is ... you're seeing falling disease in these massive provinces in China, and they're building capacity."

Meanwhile, he adds, in Europe and the United States, authorities are still struggling to manage far fewer cases. "I mean, it's a completely different willingness to properly prepare."

How have delays in coronavirus testing affected the ability of the United States to get ready?

"Well, it complicates your response," says Aylward. But he says, "We are where we are. ... The important thing is looking forward. You've seen [this disease's] potential to spread for weeks, and you need plans to be able to isolate dozens, if not hundreds, of people, to be able to trace ... many, many contacts. And you have to be able to test."

Even if it's not possible to fully stop the spread, he says, "you can still slow it down and protect the vulnerable populations and limit the amount of damage that this disease can do."