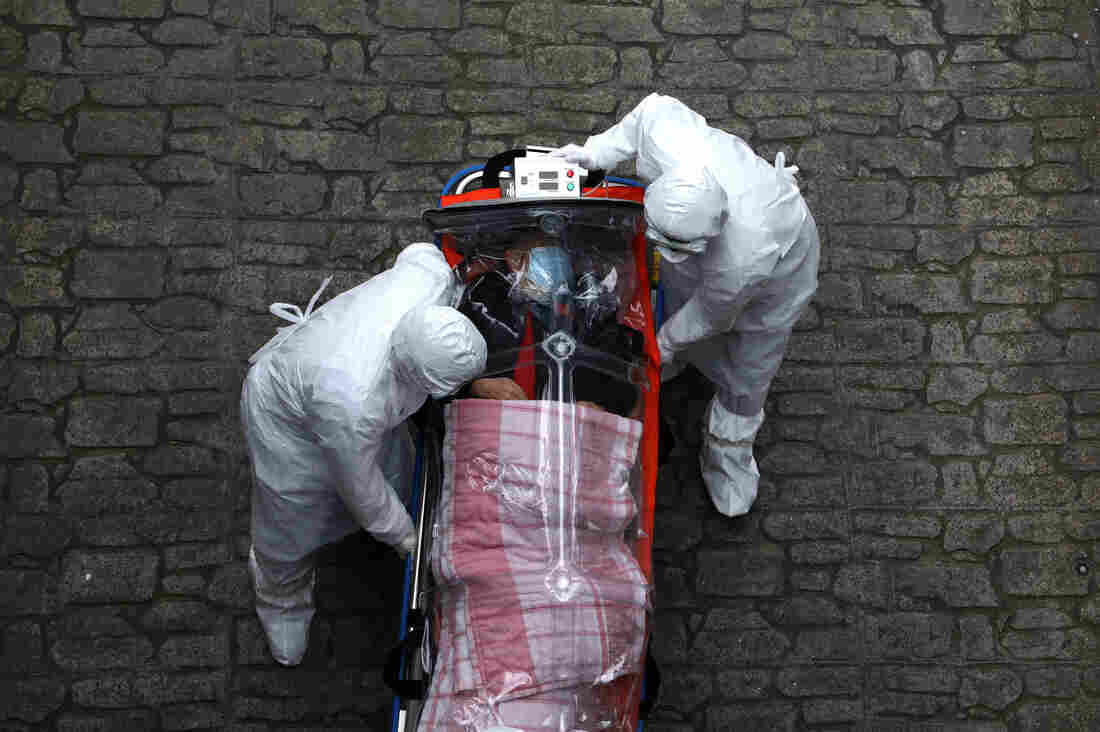 Medical staff in protective gear move a patient with COVID-19 from an ambulance to a hospital in Seoul. Chung Sung-Jun/Getty Images hide caption 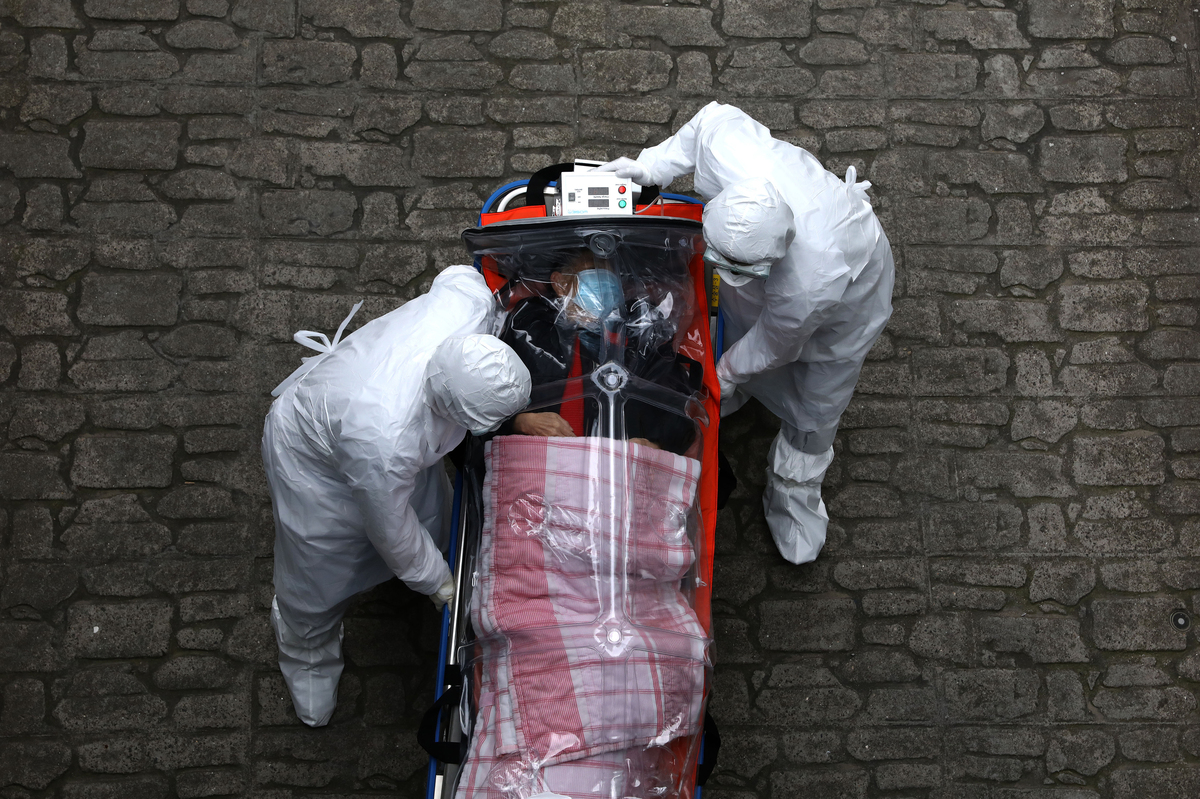 Medical staff in protective gear move a patient with COVID-19 from an ambulance to a hospital in Seoul.

The city of Daegu, about 150 miles southeast of Seoul, has long been a bustling industrial center and transport hub, home to 2.5 million South Koreans. But lately Daegu has become a shadow of its usual self. "It actually looks like a scene from a disaster movie," says Dr. Lee Jun-yeup, communications director for the Daegu Medical Association. "Streets are empty, restaurants and shops closed. People stock up on instant noodles because they want to avoid going out."

Daegu has so far been the main battleground of the coronavirus outbreak in South Korea, accounting for 75% of the country's 7,513 cases as of Tuesday. The country has one of the highest number of infections outside of China.

Despite a national system that has a reputation for providing affordable, good-quality health care, the city's hospitals have been overwhelmed with infected patients, necessitating a shift in tactics.

The past couple of days saw the smallest daily increases in new cases in South Korea since Feb. 26. But President Moon Jae-In said Monday it was too soon for anyone to be optimistic.

Most are fellow members of the Shincheonji Church of Jesus, a religious group that accounts for most of the cases in Daegu.

The disease's rapid spread through Daegu is due in part to the way patients transmit or "shed" the virus. "With this virus, symptoms are mild in the early phase, even though viral shedding is high," explains Dr. Choi Sung Ho of Chung-Ang University College of Medicine in Seoul. "Patients may not realize they are infected and so go about their everyday lives."

As the virus spread in the early days of the outbreak, a slow trickle of patients entered Daegu's hospitals, which were equipped to handle it, Lee says. "Daegu city's policy, at first, was to put every patient in a negative pressure room, regardless of the severity of their symptoms," he says. Negative pressure rooms isolate infected patients by preventing contaminated air from escaping the room.

The trickle soon turned into a deluge of hundreds of patients, and by Feb. 23, when the increase in new cases in Daegu exceeded 100 per day, the city's hospitals became clogged with patients with mild symptoms. As of Friday, some 1,800 of Daegu's coronavirus patients were at home awaiting hospital beds. Two of them died waiting.

"We're now seeing all-out local transmissions nationwide," Dr. Kim Dong-hyun, a professor at the Hallym University College of Medicine in Chuncheon city, referring to infections that have been traced to the region in South Korea where the infection was reported.

This represents a new phase of the outbreak, Kim argues, and authorities must adapt their response to it. At first they were focused on tracking suspected cases and quarantining them. But, Kim says, "at this point, tracing how the infection spread is meaningless." Tracing takes up too many resources, he says. He adds that the city doesn't have enough epidemiological investigators and that the virus is so widespread that investigators can no longer sort out who infected whom in Daegu.

Kim Hyeonggab, president of the Korean Association of Public Health Doctors and a medical volunteer in Daegu, says he's seeing a shift in tactics from health authorities from trying to contain and trace the virus to trying to mitigate its impact and prevent deaths. This has been done nationwide and involves a range of actions, from canceling schools to calling off K-pop concerts.

But, he adds, it's not happening fast enough. "We should've been preparing mitigation strategies even while we were in the containment phase."

Currently, the goal of the mitigation efforts is to delay the inevitable peak of infections — the point at which Daegu reaches the maximum number of coronavirus cases. It will buy time for the authorities to marshal resources and deploy medical personnel to Daegu, Kim says.

Despite these advances, halting the virus' spread in South Korea could require tougher measures. "I believe the surest way is to stop people's activities and movements," says Dr. Choi Sung Ho, of Chung-Ang University's College of Medicine in Seoul. "And I personally suspect that the government understands this and wants to impose stricter limits on social activities."

But domestic travel bans — lockdowns similar to China's Hubei province — could be politically unpopular. One of the most common criticisms is that President Moon should have banned all travelers from China. If a domestic ban is enforced, it could look like the government is showing more deference to China than to South Korean citizens.

And the bans could be reminiscent of North Korea, where freedom of movement is tightly controlled even when there are no epidemics. So far, Seoul has not even suggested them.