Accessibility links
Coronavirus Pandemic Poised To Explode In Poorer Countries : Goats and Soda So far, the coronavirus has hit hardest in the wealthy countries of Asia, Europe and the U.S. But the pandemic appears poised to explode in the developing world — which has far fewer resources. 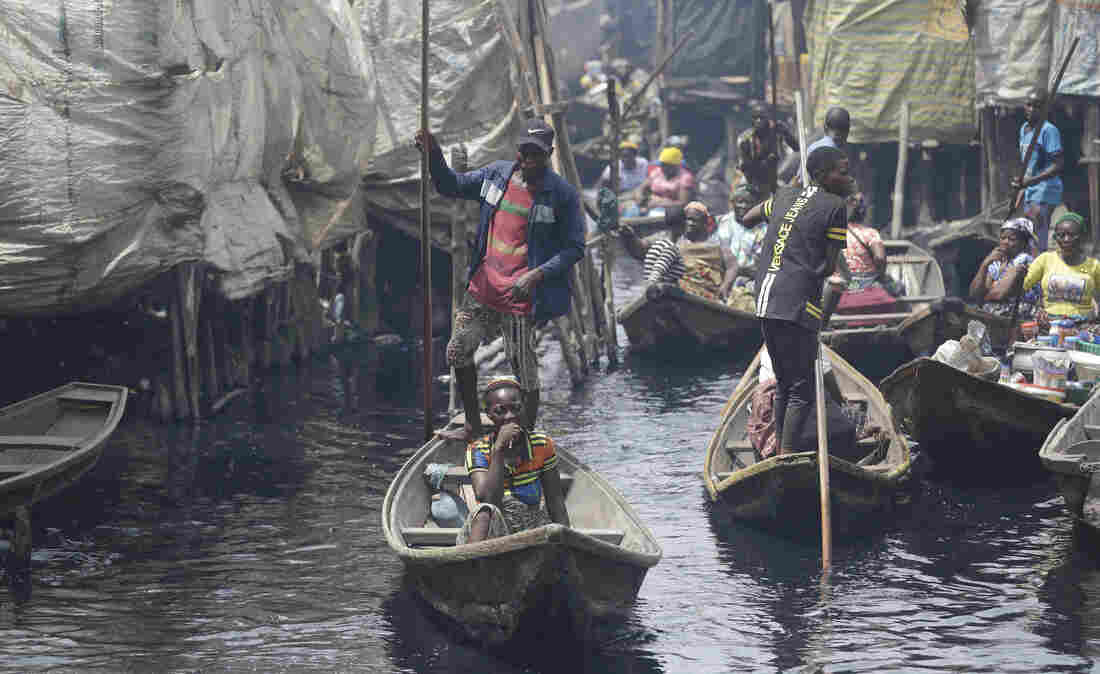 People travel by canoe in a poor neighborhood in Lagos, Nigeria. Lockdowns have begun in Africa as coronavirus cases rise. Nigeria has reported just over 100 coronavirus cases, though the actual number is likely much higher. Sunday Alamba/AP hide caption 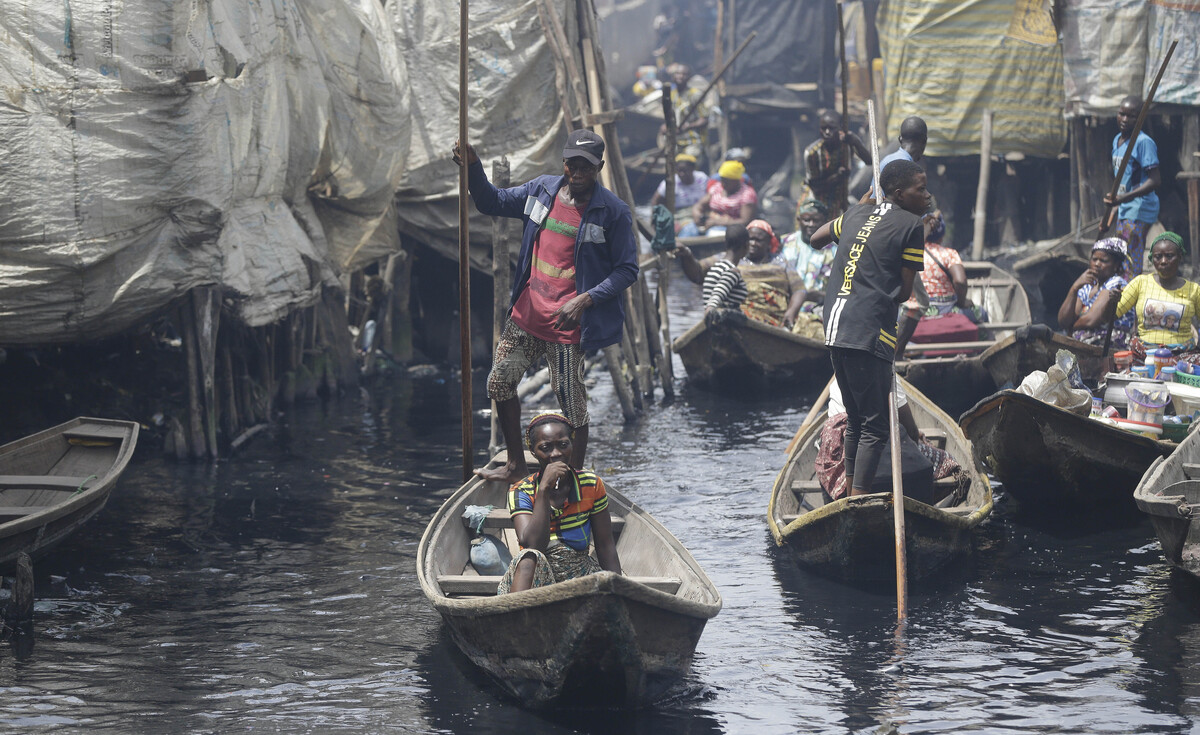 People travel by canoe in a poor neighborhood in Lagos, Nigeria. Lockdowns have begun in Africa as coronavirus cases rise. Nigeria has reported just over 100 coronavirus cases, though the actual number is likely much higher.

So far, the coronavirus has hit hardest in wealthy countries. But the pandemic now appears poised to explode in many parts of the developing world — which has far fewer resources to combat the virus.

The virus initially traveled outward from China to places that had the most interaction with China. These are the richer parts of East Asia — South Korea, Japan, Taiwan, Singapore — along with Europe and the United States. All these places had lots of flights, business dealings and tourism with China.

Of the 24 countries with the most coronavirus cases, all but a couple are from the developed world, according to a comprehensive chart maintained by Johns Hopkins University.

But now, several months after the virus first appeared, it appears poised to explode in many lower-income parts of the world — areas that have far fewer resources to combat the virus.

"There are a lot of other countries at lower-income levels that already have significant coronavirus outbreaks," said Mira Rapp-Hooper of the Council on Foreign Relations. Because of limited testing, the overall scope is "very likely going undetected or underdetected while the pandemic continues to spread in those countries."

Analysts caution that it's impossible to predict with certainty which countries will be hit hardest and which may be able to mount an effective defense.

But a list of vulnerable nations includes countries with huge populations and widespread poverty, such as Brazil, India, Indonesia, Nigeria and Pakistan.

To date, the number of confirmed cases in these countries has been relatively low, ranging from fewer than 5,000 in Brazil to just over 100 in Nigeria.

But all these nations have lagged behind wealthier countries in responding to the threat, and their options are far more limited.

In India, the world's second most populous nation with 1.3 billion people, Prime Minister Narendra Modi imposed a 21-day lockdown last week. By Sunday, he was on nationwide radio acknowledging the hardships.

"I would firstly like to seek forgiveness from all my countrymen," Modi said. Impoverished Indians will "definitely be thinking what kind of prime minister is this, who has put us into so much trouble."

But Modi said there was no other option. The number of confirmed cases in India has just passed 1,000, though in the absence of widespread testing the actual number is likely much higher. 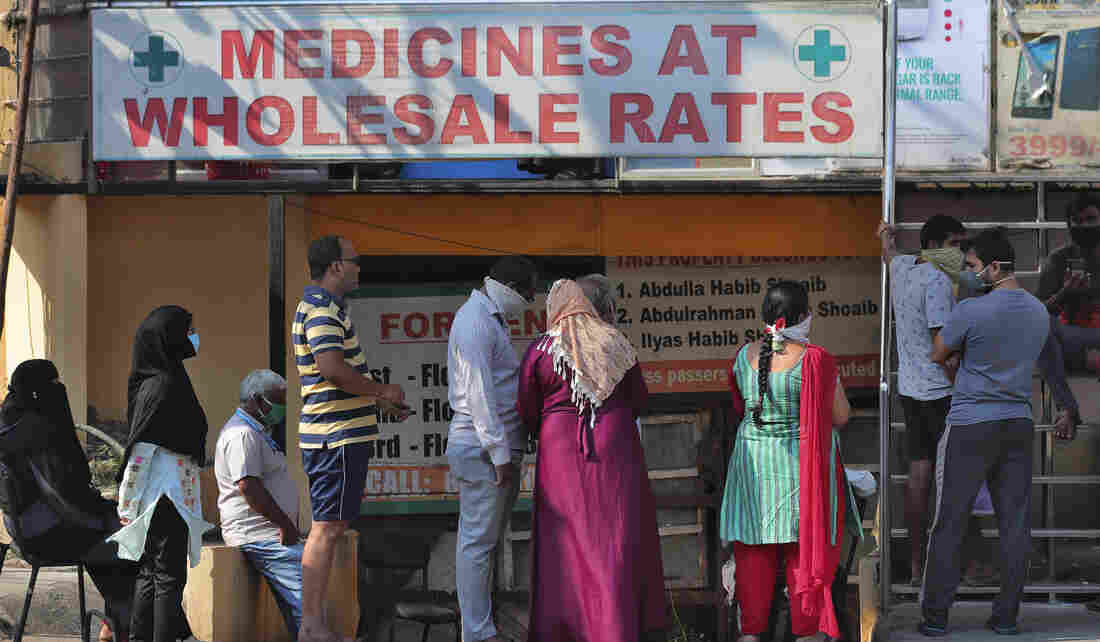 Indians line up to buy medicines in Hyderabad on Sunday. Prime Minister Narendra Modi apologized for imposing a three-week national lockdown, but said it was "needed to win" the battle against the coronavirus pandemic. India just surpassed 1,000 cases in recent days. Mahesh Kumar A/AP hide caption 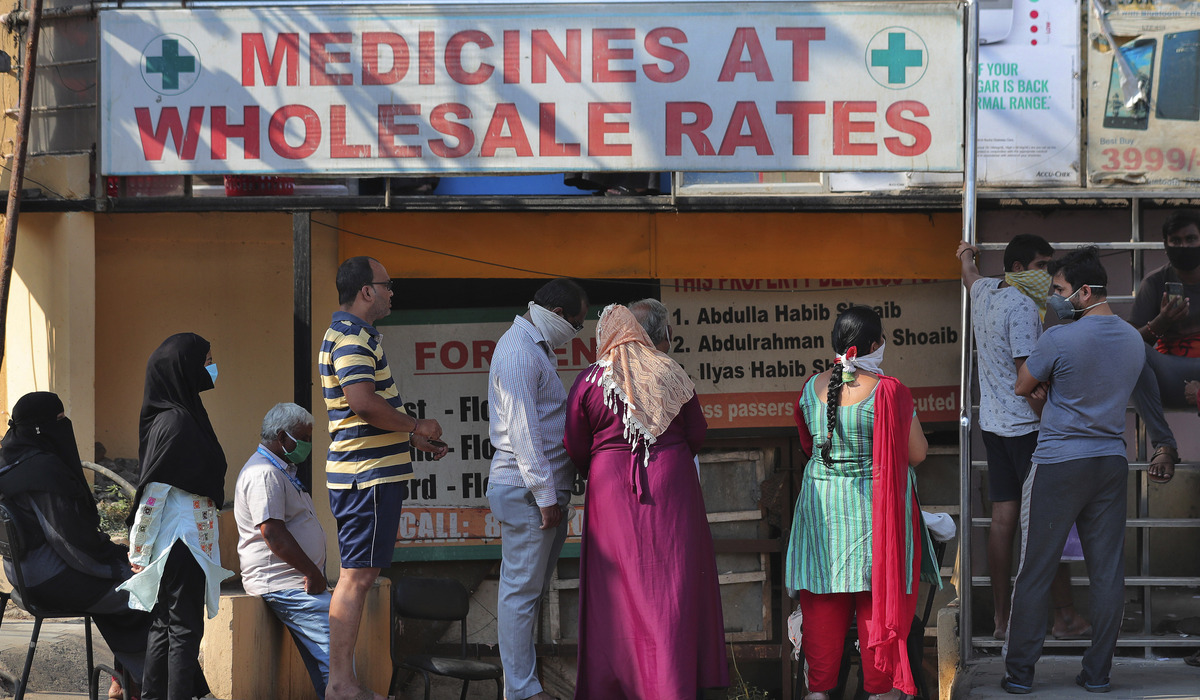 Indians line up to buy medicines in Hyderabad on Sunday. Prime Minister Narendra Modi apologized for imposing a three-week national lockdown, but said it was "needed to win" the battle against the coronavirus pandemic. India just surpassed 1,000 cases in recent days.

The measures imposed in wealthier countries may not be realistic in poorer ones, says Jennifer Nuzzo, an epidemiologist and director of the Outbreak Observatory at Johns Hopkins University's Center for Health Security.

"It's one thing for us here in the United States to sit at home and telework for weeks or months," she says. "But it's another thing to ask people in countries where their sole income may be from going out into the streets and selling things, to tell them to stay home for weeks and months and potentially not earn an income to feed their families."

Modi's moves in India sparked a mass migration, with millions of the urban poor fleeing for their home villages.

Nuzzo sees this as extremely dangerous.

"The last thing you want in these circumstances is to increase the geographic footprint of your epidemic," she says. "I do really worry that when governments announce an intention to implement lockdowns, it winds up scattering cases and it becomes much harder to control when you don't know where everyone went."

Experts say there are no easy, low-cost solutions that poorer countries could adopt. Like wealthier countries, they need more tests, more protective equipment for doctors and nurses, more hospital beds — and have no clear way to get them.

As many wealthier countries struggle to contain their own coronavirus cases, it's not clear if the U.S. and other developed countries will be able to help orchestrate a strong response, as they have done for previous international health crises, like the 2014 Ebola outbreak in West Africa.

Nuzzo did cite one glimmer of hope. She was part of a study, published just last October, on how well countries were prepared for a pandemic. The results did not track strictly along national income levels. Past experience mattered, she said, citing two examples from Africa.

Nigeria did much better than expected when hit by Ebola in 2014, Nuzzo says. The health system functioned, and the disease was brought under control.

"They were able to contain it quickly and it didn't become the nightmare scenario that we predicted," she says.

In East Africa, Uganda and neighboring countries were the first countries ravaged by HIV/AIDS back in the 1980s. As a result, they've built public health systems that perform well above what their income levels would suggest, she notes.