Accessibility links
Chinese-American Artist Creates A Comic About 'The Wuhan I Know' : Goats and Soda Laura Gao is a native of Wuhan, China — where the coronavirus outbreak began. As the virus spread, Wuhan captured the world's attention. Her comic offers a personal look at the city she loves.

'The Wuhan I Know': A Comic About The City Behind The Coronavirus Headlines

'The Wuhan I Know': A Comic About The City Behind The Coronavirus Headlines 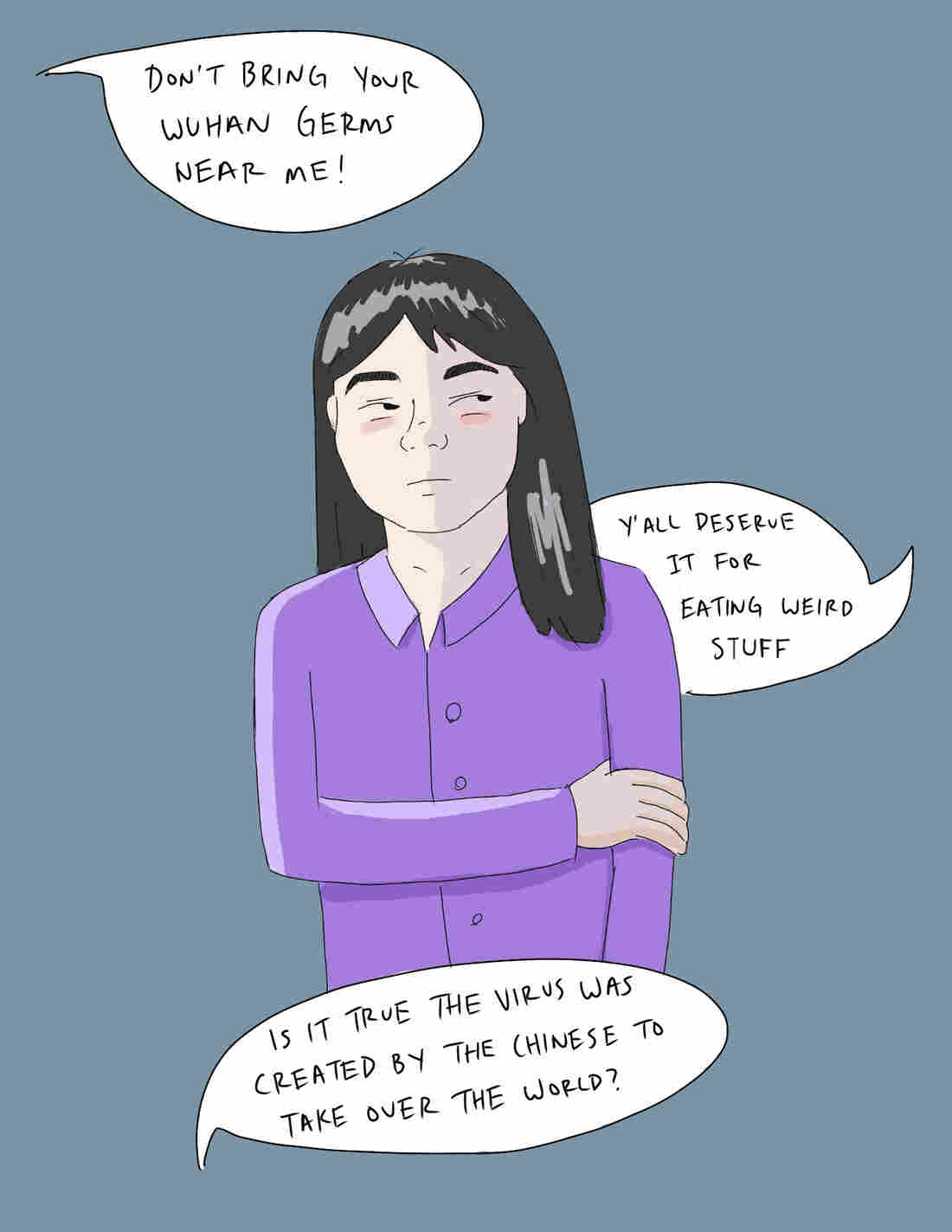 Since the coronavirus outbreak began, Laura Gao has been troubled by the disgust and pity directed at her hometown. Laura Gao hide caption 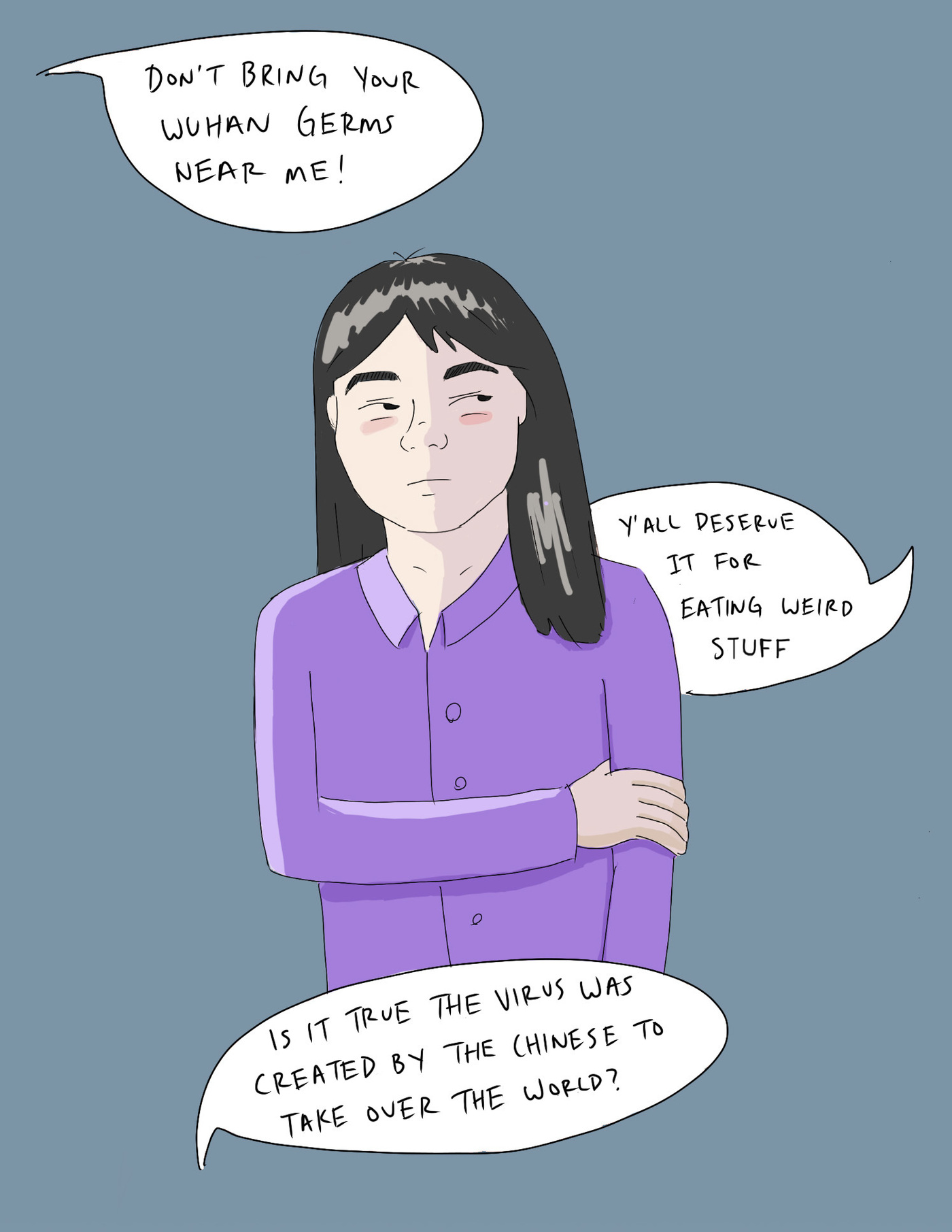 Since the coronavirus outbreak began, Laura Gao has been troubled by the disgust and pity directed at her hometown.

Back in January, Laura Gao, a 23-year-old product developer for Twitter living in San Francisco, was preparing to visit her relatives in Wuhan, China. The trip was to celebrate her grandmother's 80th birthday.

But in the days leading up to her flight, Gao's relatives told her to cancel her trip. The coronavirus was spreading throughout the city.

Gao, a native of Wuhan, stayed in San Francisco and on January 23, the day after her flight would have landed, the city went on lockdown. If she'd taken her trip, Gao thinks she'd still be in Wuhan today.

"Instead, I'm here in San Francisco seeing the other side of the story," Gao says. "There was a lot of anger and panic and pity that was coming from not only the media, but the people around me."

As the virus spread, Wuhan quickly captured the world's attention. For many Americans, this was the first time they had ever heard of the city — and in the frightening context of coronavirus.

She decided to make a comic telling her own story and highlighting her favorite parts of the city.

"Wuhan Virus", "Chinese Virus", COVID-19. Doesn't matter the name - my hometown will forever be known for that and only that. I drew this comic to shine light on what people don't know: the beautiful culture, rich history, and strong people of Wuhan. 加油!https://t.co/5cYcOpEtf9

"I've always been an artist, and I believe that comics are a great way to marry imagery with the power of words to express a story," Gao says.

The comic is called, "The Wuhan I Know."

It starts with Gao's childhood when she moved with her parents to a small town in Texas, "where Wuhan was more foreign than Mars."

Not only had people never heard of Wuhan, she says they were largely uninterested in learning about her hometown. They would ask her if she was from Beijing or Shanghai as if those were the only cities in China.

They had no idea that Wuhan was — and still is — one of the fastest growing cities in Central China, with a population of more than 11 million people. It's bigger than New York, London or Tokyo.

When she'd try to tell them what the city was like, they were often disinterested. Eventually, she gave up.

"I would just be like, 'I'm just from China. That's all you really need to know,'" Gao says.

But now, Gao says it feels as if everyone knows about Wuhan — but not the full story.

"It's disheartening to know that all they know are the bad parts of it," Gao says. "About the virus and about the wet markets that people always want to bash on and point fingers at."

Gao says she wants people to get to know the Wuhan beyond the headlines. And while she's been hesitant to speak up in the past, this time she says she's ready to stand up and share her city with the world. 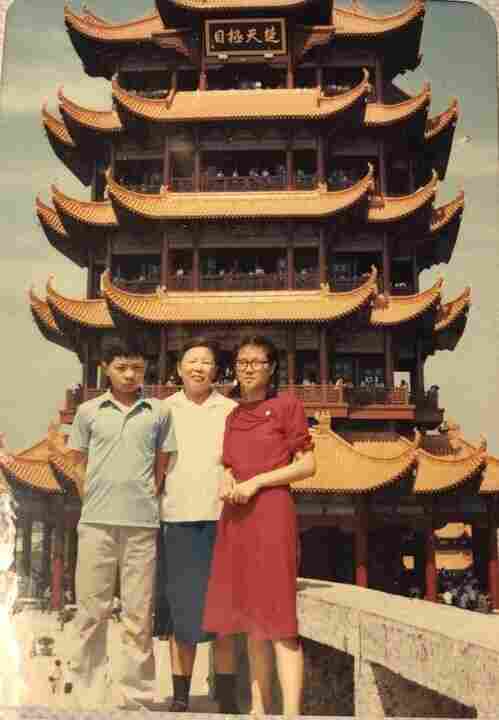 Laura Gao's mother (in the red dress) poses with her family in front of the Yellow Crane Tower in Wuhan before leaving for college in 1985. Gao visited that landmark for the first time 20 years later. Courtesy of Laura Gao hide caption

The comic has sections highlighting Wuhan's history, architecture and economy. That includes the city's most famous landmark the Yellow Crane Tower. Gao writes, that in the sun, it shines like gold.

"Whenever I go to Wuhan, my favorite part is waking up in the morning, running outside to the street where they're completely lined left and right with all these food stalls of so many different kinds of food," Gao says.

Some of her favorite Wuhanese dishes include rè gān miàn or hot and dry noodles, doù pí, sticky rice with meat and veggies wrapped in bean skin and fried in a giant wok and yā bó zi or duck neck.

When she first decided to share the comic back in March, she recalls, "I was a bit hesitant. I was like, I know this is kind of a sensitive topic. I don't know what I'll get from it," Gao said. "But I got all kinds of responses that really warmed my heart."

The comic has been re-shared by thousands of people on Twitter and liked by even more.

Many people have reached out to Gao directly to let her know that her comic has had a positive impact in their lives.

She's heard from people who are from Wuhan like herself or have family there. But she's also heard from people in countries like Iran and Italy who also feel as if their countries are being misrepresented by the coronavirus. Thanks to her comic, they feel proud of their homes.

People have also reached out to Gao to tell her that the next trip they want to take is to visit Wuhan. Now that they know more about it, they want to visit its sites and taste its food.

Gao even shared the comic and the feedback she's received with her grandmother.

She told Gao: 'Thankfully we're getting better and I see the rest of the world is also suffering. I want to send my love to them as well.'"

Gao talks to her family in Wuhan frequently and fortunately she says, things are starting to return to normal.

The authorities are beginning to open the city back up and she says her family is allowed to walk around in their own neighborhood.

Slowly, Wuhan is returning to the city she knows.

See Laura Gao's comic "The Wuhan I Know," below.