An Indian State Tells Quarantined Folks: 'A Selfie An Hour Will Keep The Police Away'

An Indian State Tells Quarantined Folks: 'A Selfie An Hour Will Keep The Police Away' 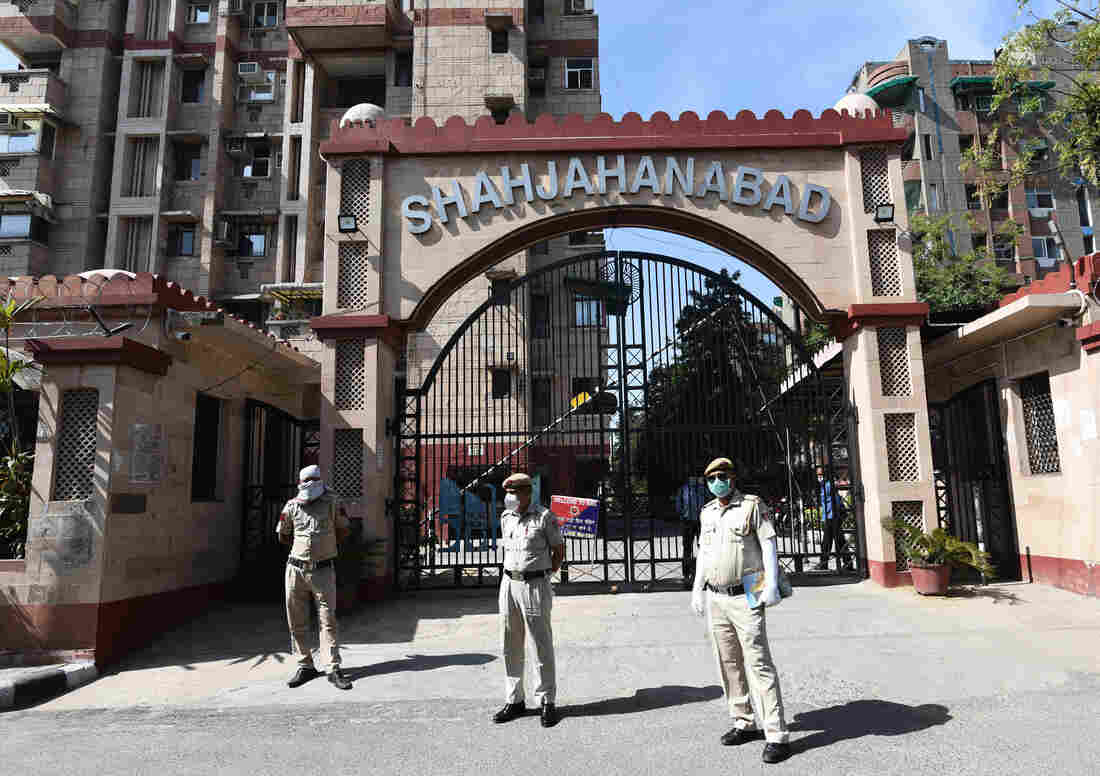 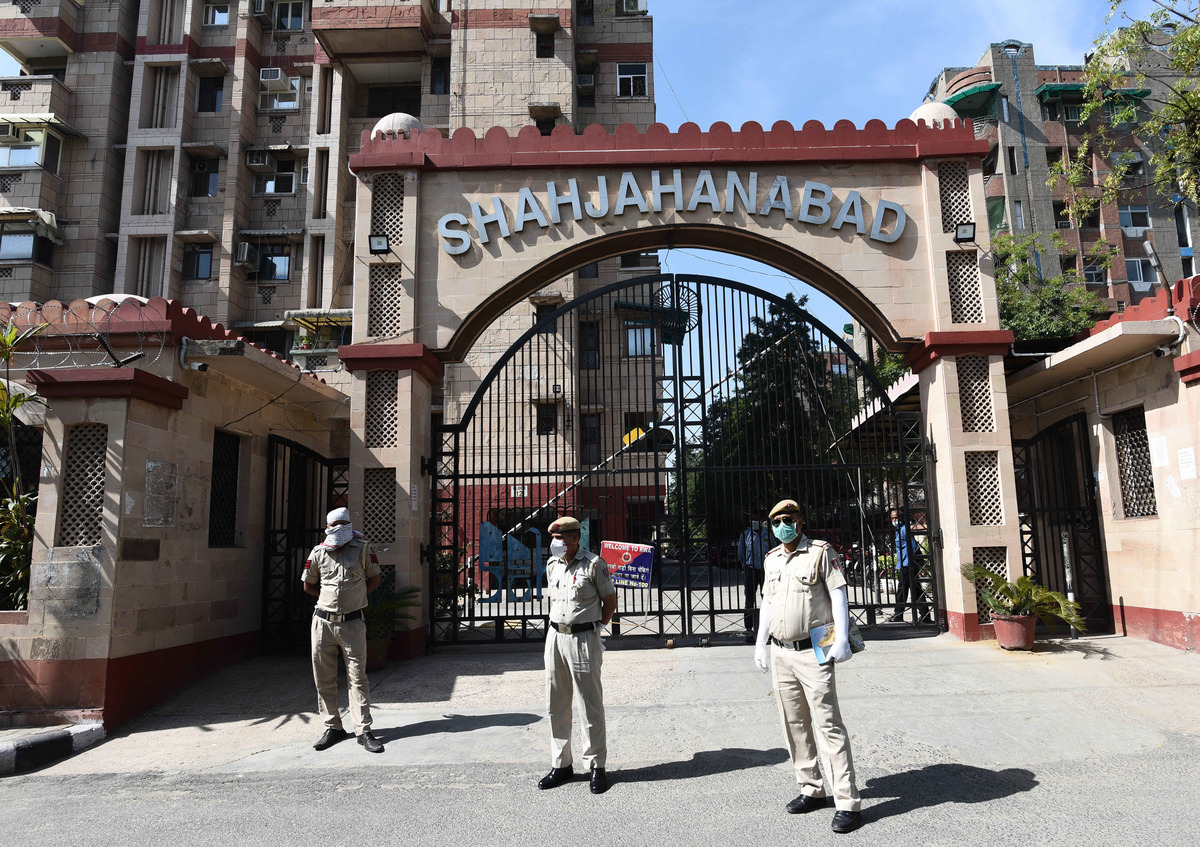 It's a new mobile app called Quarantine Watch. The government of the southern Indian state of Karnataka is using it to track people it has placed under home quarantine. To see whether people stay put, the app follows users' movements through GPS — and asks them to submit hourly selfies to prove they haven't left the house.

"A selfie an hour will keep the police away," wrote the authorities in a tweet on March 20 announcing the app. The only exception is for the time you're presumably asleep — from 10 p.m. to 7 a.m. Violators, it warned, would be sent to "a government-run mass quarantine center."

Quarantine Watch is just one of several apps and other digital surveillance measures that states and the central government have launched to curb the spread of the novel coronavirus. While many Indians have not objected to these measures, human rights activists and lawyers like Murali Neelakantan say the new efforts are highly intrusive, putting people suspected of COVID-19 at risk of stigma and harassment and exposing the country's lack of digital privacy laws.

After Reverse On Hydroxychloroquine Export Ban, India Says 'Only Meeting The Demand'

Since Prime Minister Narendra Modi announced a 21-day national lockdown on March 24, police and administrative officials in every state are under pressure to keep people under quarantine. According to government data, there were 6,725 active cases in the country as of Friday. In the absence of widespread testing, that number could be higher.

Anyone testing positive or showing symptoms of COVID-19 as well as those who have returned from overseas have been ordered to stay home for 14 days or placed in government-run quarantine centers.

But India's fight against COVID-19 has been complicated by people dodging the quarantine, either leaving their homes because they believe that they don't have the virus or bolting from the centers, which have been criticized by detainees for being poorly run and unhygienic.

So, to ensure that people remain under quarantine, the government has issued new surveillance measures, and they're monitoring them closely using mobile phone apps and other methods. Such countries as South Korea and China have also used apps to track the movements of people put under quarantine.

Another one of these surveillance strategies in India is to publicly release the addresses of people who have been potentially exposed to the virus — a tactic successfully deployed in places like Hong Kong. The idea is for neighbors to keep an eye on people living at those addresses and make sure they remain in quarantine. Citizens are encouraged to confront and report violators to the authorities.

On March 24, the Karnataka government — proponent of the selfie rule — released the complete addresses of an estimated 20,000 people under home quarantine in the state after having traveled abroad. They withheld the names but published these addresses on the government's official website.

Many Indians praised the efforts of the authorities and felt that the program would keep them safe from the spread of the virus.

One Twitter user wrote: "Superb plan Sir...kudos to the team who thought this novel idea. At least this will bring some discipline in them."

But the list has had unintended consequences. "The government seems to have released the list in order to ensure that the epidemic does not spread but without any idea of the implications this will have on the personal privacy of individuals," says Karnataka-based Rahul Mathhan, lawyer and author of Privacy 3.0, Unlocking Our Data Driven Future.

The very day that it was published, the list was circulated on WhatsApp groups. Whatsapp has 400 million users in India, providing a far greater audience than those who could view it online. In a matter of hours, some people recognized the addresses and named the residents themselves, circulating the names with "Warning" tags and urging others not to go near those affected homes. As a result, people under quarantine were exposed to public scrutiny and left vulnerable to bullying and attacks.

A writer living in Bengaluru says that her aunt and uncle found their addresses on the list. (The writer asked that only her first initial, R, be used to protect herself and her family from online harassment.) The couple had returned to India after traveling through Europe the week before and were placed under home quarantine. A local business person spotted their address and leaked their identities on WhatsApp. The couple knew the identity of the leaker because the post originated from his mobile number, which they had saved on their phone.

In the online posts, the business person called the couple idiots and criticized them for having traveled and potentially brought back a disease that could endanger the community. A friend of theirs who was a lawyer had to step in and threaten the business person with legal action before he would stop.

Then things took a turn for the worse. R's aunt and uncle showed symptoms of COVID-19 and had to be transferred to a hospital, where they are both still battling the virus. Neighbors and bystanders took videos of the authorities taking the couple away and sterilizing their home. R says that says the videos, made public on WhatsApp — on top of the diagnoses — caused the entire family enormous distress. "We need to fight the virus but without harassing and stigmatizing people," she says.

And then there are concerns raised by the growing number of surveillance apps, like Quarantine Watch, which collects the hourly selfies, and another app called "Arogya Setu" (roughly translated as the Bridge to Health) created by the central government. Many of the apps collect personal information, track movement by looking at GPS and have data about the users' coronavirus status.

Currently, the government can use the India's National Epidemic Diseases Act of 1897 to do whatever it deems necessary to control the pandemic — so conducting surveillance measures like publishing people's addresses in this situation is legal.

And even though the government has promised to keep all data from its mobile apps confidential, digital activists are skeptical. "There's no way to hold the government accountable for releasing private information or putting [people] in harm's way," says Murali Neelakantan, a lawyer specializing in health-care litigation.

Mathhan, the lawyer, says a set of privacy rules under a law passed in 2000 — called the Information Technology Act — are aimed at companies only. It has "none of the details we require for something as complex as personal and digital privacy," he says.

"It's definitely concerning, because it's uncertain whether these surveillance measures will stop when the emergency around the pandemic ends," says Ravi Nair, founder of the South Asian Human Rights Documentation Centre (SAHRDC), a non-governmental organization based in New Delhi.

Not to mention how intrusive some of the surveillance has been. Apar Gupta, lawyer and executive director of Internet Freedom Foundation, an Indian organization that works to ensure that technology respects the rights of individuals, wonders what comes after the hourly selfie app: "webcasting software in our bedrooms?"

And without laws in place, those whose digital privacy has been breached have little resort but to ask online attackers to stop.

The writer R, whose aunt and uncle suffered online harassment, wrote this message on the WhatsApp groups that targeted them: "Have a heart and stop preying on other people's misery. Delete those messages. Stop sharing them. Remember: it could be you or your loved ones tomorrow."