Accessibility links
WHO Says It Alerted World To Coronavirus On Jan. 5 : Goats and Soda President Trump said the health agency delayed raising the alarm on the threat from the new coronavirus. A WHO expert says that in early January, the World Health Organization "was very, very clear."

'We Alerted The World' To Coronavirus On Jan. 5, WHO Says In Response To U.S.

'We Alerted The World' To Coronavirus On Jan. 5, WHO Says In Response To U.S. 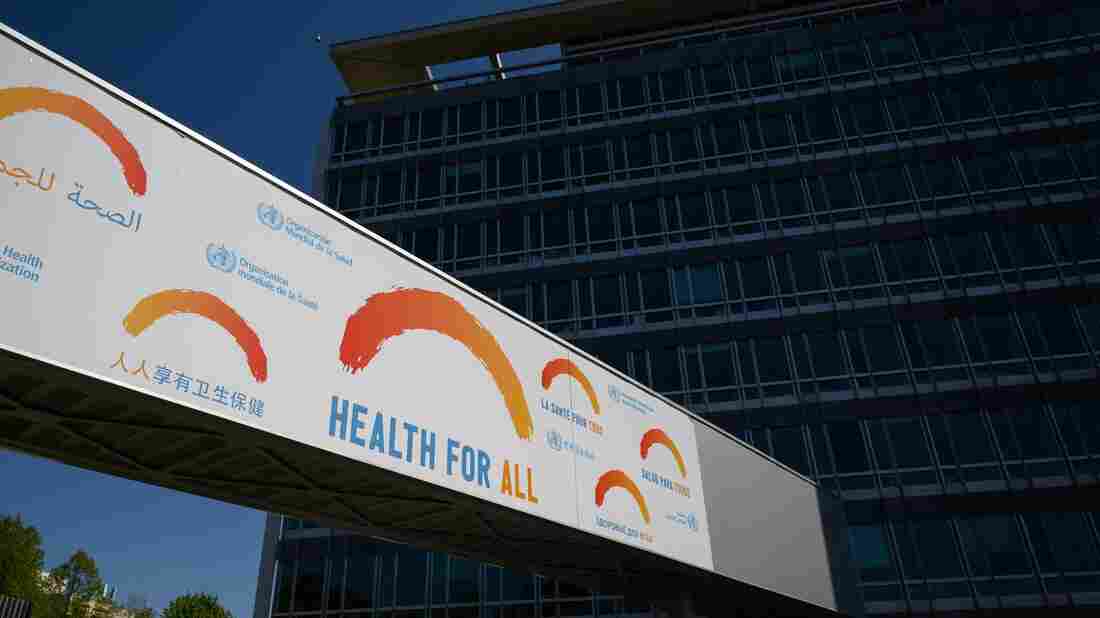 Experts from the World Health Organization say they gave explicit warnings about the risks of the COVID-19 outbreak in early January. They said this after President Trump this week accused the agency of obscuring the truth. Above: the WHO's headquarters in Geneva. Fabrice Coffrini/AFP via Getty Images hide caption 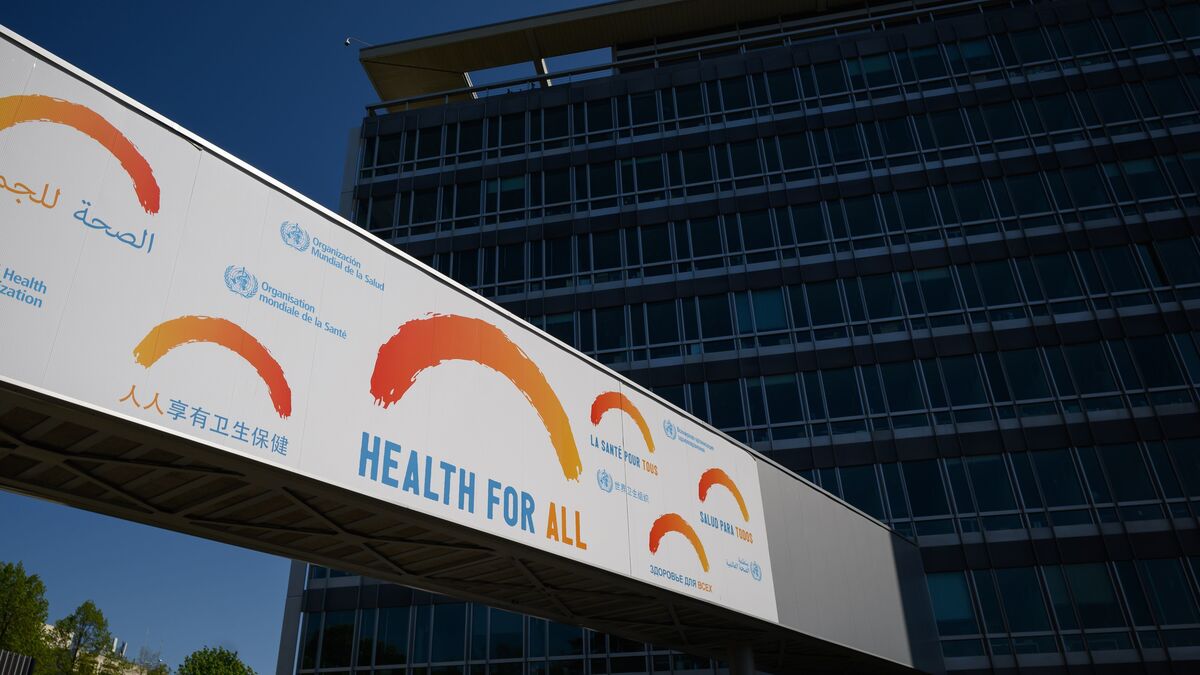 Experts from the World Health Organization say they gave explicit warnings about the risks of the COVID-19 outbreak in early January. They said this after President Trump this week accused the agency of obscuring the truth. Above: the WHO's headquarters in Geneva.

"We regret the decision of the president of the United States to order a halt in funding to the World Health Organization," WHO Direct0r-General Tedros Adhanom Ghebreyesus said Wednesday in response to President Trump's plan to stop U.S. money from going to the agency.

The U.S. is the top contributor to the WHO, which is leading the fight against the COVID-19 global pandemic.

On Tuesday, Trump accused the WHO of "severely mismanaging and covering up the spread of the coronavirus." He also said the organization is overly influenced by China and was too trusting of that country, particularly in the early phase of the outbreak.

Through the middle of January, the president said, the WHO "parroted and publicly endorsed the idea that there was not human-to-human transmission happening despite reports and clear evidence to the contrary."

The president also said the health agency had delayed raising the alarm on the threat posed by the new coronavirus, which is now confirmed to have infected more than 2 million people.

Responding on Wednesday to a question about the U.S. accusations, Dr. Mike Ryan, executive director of the WHO's Health Emergencies Programme, said, "In the first weeks of January, the WHO was very, very clear."

Trump said the WHO had "deprived the scientific community of essential data," accusing it of failing to obtain virus samples.

To that charge, Ryan replied, "The virus was identified on January the 7th. The [genetic] sequence was shared on the 12th with the world."

As for the guidance about human-to-human spread of the new virus, Ryan noted that in initial reports, there was no mention of human-to-human transmission. But he also said, "There is always a risk with respiratory pathogen that it can move from person to person."

"When WHO issued its first guidance to countries, it was extremely clear that respiratory precautions should be taken in dealing with patients with this disease," Ryan said, "that labs needed to be careful in terms of their precautions and taking samples, because there was a risk that the disease could spread from person to person in those environments."

At that point in the looming outbreak, Ryan said, the main question was still whether the virus would be able to efficiently spread in community environments — an ability it has since proved to have, to tragic effect.

In early January, the disease was known only through a cluster of atypical pneumonia cases — pneumonia with an unknown origin.

"There are literally millions and millions of cases of atypical pneumonia around the world every year," Ryan said, adding that in the middle of an influenza season, it was "quite remarkable" that a cluster of 41 confirmed cases was singled out in Wuhan, China.

Questions about advice from the WHO during the early days of the outbreak recently prompted Maria Van Kerkhove, an emerging-disease expert who is the agency's technical lead on COVID-19, to review her first news conference about it, on Jan. 14. In that session, she discussed the questions that researchers were trying to answer about the virus, from the modes of transmission to the extent of infection in patients.

Trump And WHO: How Much Does The U.S. Give? What's The Impact Of A Halt In Funding?

"All of our guidance that was out before we did that press conference was about limiting exposure to people and to prevent transmission, particularly in health care settings," Van Kerkhove said.

"We wanted to ensure that front-line workers were protected," she added, "so our guidance that was put out was about respiratory droplets and contact protection."

Tedros did not dwell on Trump's accusations. Instead, he referred to the WHO's origins in the first years of the United Nations' existence and its mission of protecting public health. And while he called the U.S. "a long-standing and generous friend," Tedros also said the WHO is committed to working with all nations, "without fear or favor."

After the pandemic has finally been corralled, Tedros said, there will be time to review the WHO's performance — a process he said is routine after any disease outbreak.

WHO Sets 6 Conditions For Ending A Coronavirus Lockdown

"No doubt, areas for improvement will be identified, and there will be lessons for all of us to learn," he said. "But for now, our focus — my focus — is on stopping this virus and saving lives."

Critics are saying that by attacking the WHO, Trump is seeking to deflect blame away from his own administration's problems in containing COVID-19. The U.S. has more than 610,000 confirmed coronavirus cases — far more than any other country, according to Johns Hopkins University's COVID-19 dashboard.

As the U.S death toll from COVID-19 soared past 26,000 on Wednesday, the White House issued a statement reiterating Trump's complaints about the WHO.

When Tedros was asked what kind of financial impact the U.S. stance could have, he declined to give specifics, saying the WHO is now reviewing how its work might be affected by a withdrawal of U.S. funding.

He added, "We'll work with our partners to fill any financial gaps we face and to ensure our work continues uninterrupted."

A look at the WHO's most recent financial update suggests that lack of U.S. money would have a profound impact. In that report, the WHO lists some $5.6 billion in total contributions from members and foundations.

The U.S. is responsible for nearly 15% of the WHO's funding in "specified voluntary contributions," which is by far the largest funding category, supporting specific disease programs and regional initiatives. The U.S. also accounts for 22% of the $1 billion that the WHO brings in through "assessed contributions" from member nations.