Accessibility links
COVID-19 Changes Commuting Rules For Uganda's Health Workers : Goats and Soda And a canoe is not the best option when the paddler can't swim. Here's how doctors and nurses are getting to work in Uganda after the government clampdown on traffic to slow the spread of COVID-19.

Commuting In A Pandemic: These Health Workers Are Trekking And Canoeing

Commuting In A Pandemic: These Health Workers Are Trekking And Canoeing 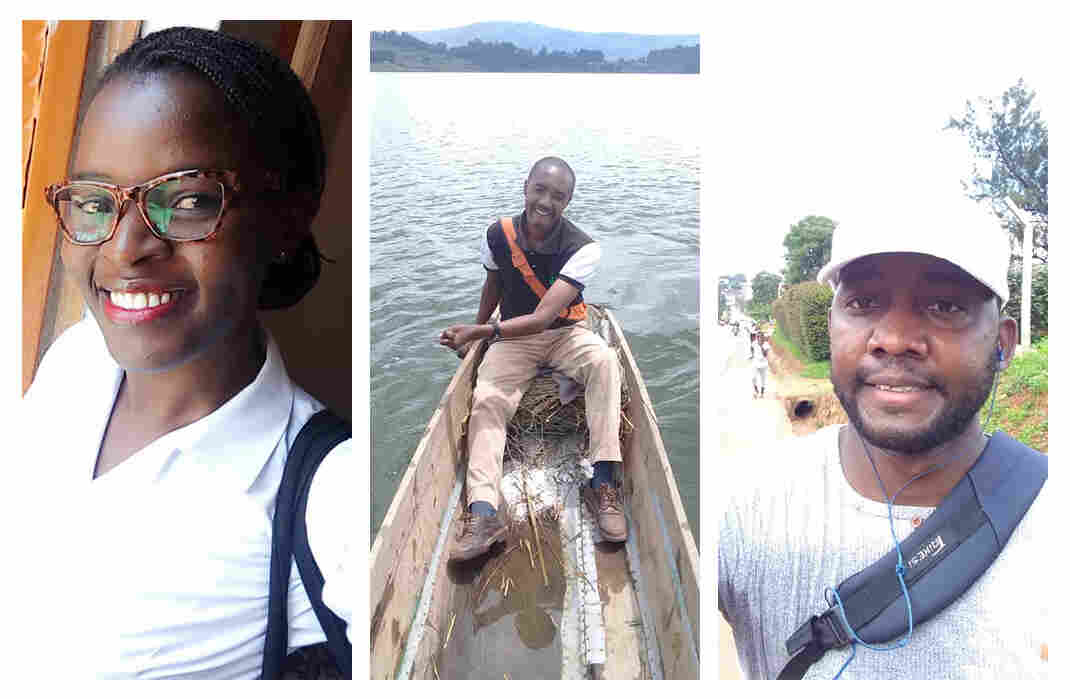 Hellen Anek used to get to work by hopping on a boda boda, the motorcycle taxis ubiquitous throughout Uganda. Now she must walk two hours each way to and from her job as a hospital nurse in central Uganda's Masaka district.

Across Uganda, health care workers like Anek are taking extraordinary measures to get to work, commuting by foot, bicycle and in at least one case by canoe. On March 30, President Yoweri Museveni announced a nationwide shutdown aimed at preventing the spread of the novel coronavirus. The president's plan also banned road traffic, including most private vehicles as well as the public minibuses, boda bodas and three-wheeled tuk-tuks most residents rely on for transportation. 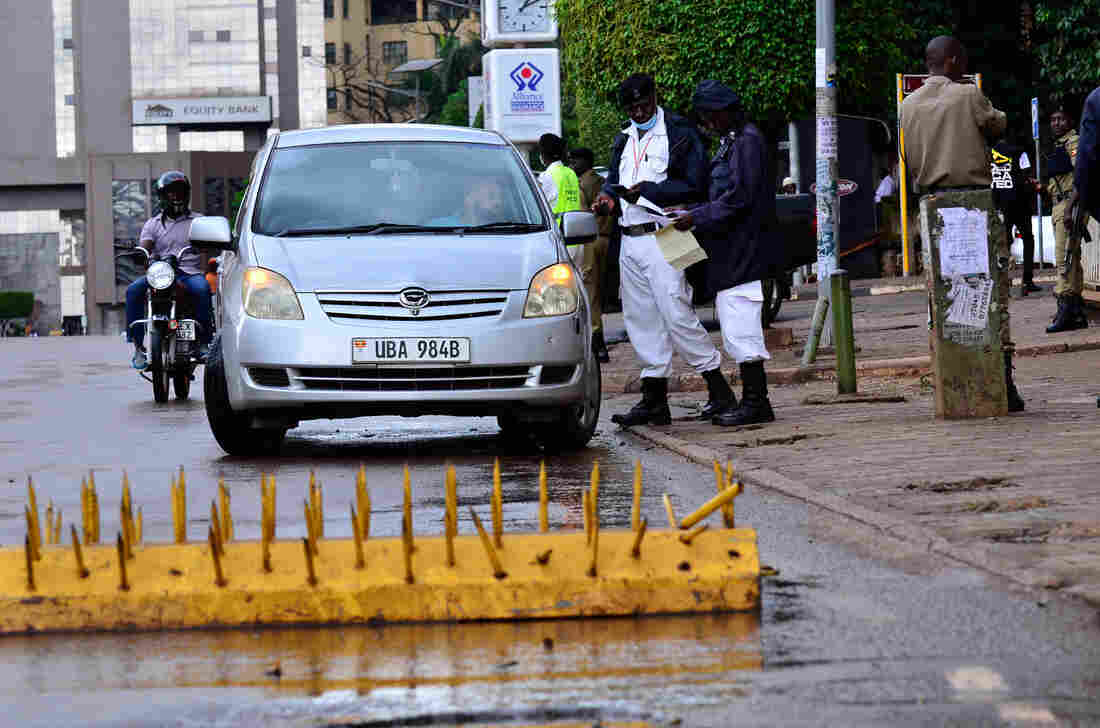 A car stops in front of a roadblock in Kampala, Uganda. The government has imposed restrictions on transportation as part of its effort to halt the spread of the coronavirus. Abubaker Lubowa/Anadolu Agency via Getty Images hide caption

Uganda's health care sector is considered essential — but on the heels of the announcement, many in its 82,000-member workforce suddenly found itself without a way to and from work. The government began granting permit stickers allowing selected vehicles on the road, including vans commissioned by hospitals to shuttle their employees to and from work and private cars belonging to health care workers.

That process has been plagued by delays — and in the interim, medical providers driving vehicles without permits have been arrested and beaten by Ugandan security forces for disobeying orders. The Uganda Medical Association (UMA) issued a statement on April 3 condemning the police response and Museveni apologized for the brutality five days later. But according to social media posts from the UMA's Secretary General, two doctors were reportedly arrested and tortured while driving in the western Ugandan city of Mbarara as recently as April 25.

We asked five Ugandan health care workers how their commutes — and jobs — have changed during the coronavirus crisis. The responses have been edited for length and clarity.

'I walk to work and back — around two hours.'

Before the lockdown, it would take me 20 to 30 minutes [to get to work in a boda boda]. Now, I walk to work and back. [It takes] around two hours. The major problem is that sometimes hospitals don't have enough vehicles to drop health workers at their respective homes.

There's no social distancing at all in those vehicles. Each car carries 14 health workers, including staff who are specifically assigned to [COVID-19 patients.] You may leave the hospital at around 3 or 4 p.m. and you reach your home at around 7 p.m. — you get home in a shorter time when you walk than when you take the vehicle.

To do this work, you have to have intrinsic motivation. There is no external motivation. Maybe if your boss says, "Thank you for what you've done," but in terms of monetary motivation, that is not really there. You just need to have that internal motivation in you and say, "God, what I'm doing is also right before your eyes, so if you could protect me."

'There are no hugs immediately after work' 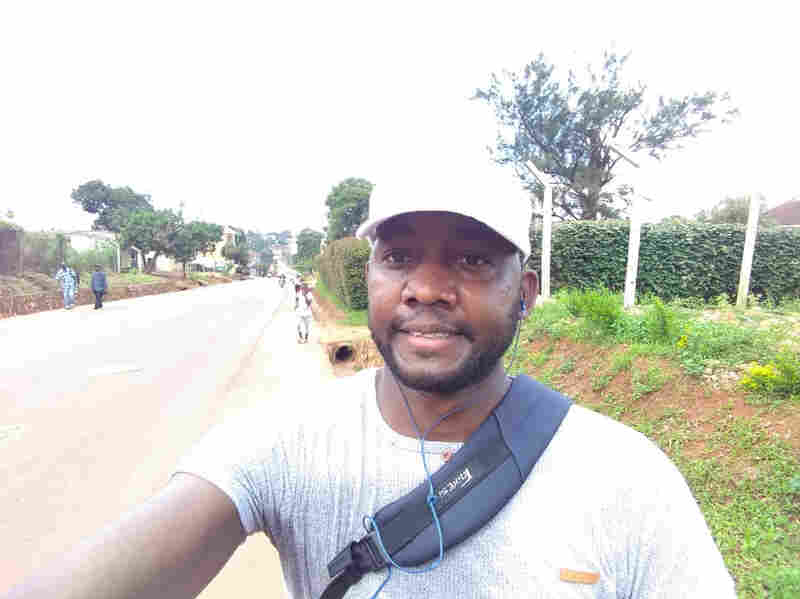 I drive to work. Before the lockdown, it took an hour to get to the hospital with traffic, but now, it could take 15 to 20 minutes. It took us a week, plus to get the [government permit] sticker.

There are lots of people who have difficulties accessing the [permit] stickers. The registration process [had] a very short window, [and] by the time I got a registration request, it was maybe a few hours before the deadline.

I reached out to some of my colleagues working upcountry and a number of them told me their health workers either live within the hospital premises or the hospitals have hired vans to pick up different staff members and bring them to work. And also here in Kampala, once in a while, I'm driving and I will see a van [bearing the name of a clinic]. So a number of hospitals have really tried to put in place mechanisms to ensure that their workers reach the workplace.

My wife is also a doctor, working in the tuberculosis ward. My worry is only for her. They are trying to limit patient interaction, but she interacts with her other colleagues whose contacts and whereabouts we do not know. We have a little daughter, so there are no hugs immediately after work. It's: Sanitize your hands, place your bags somewhere and then take off all your clothes, go to the shower immediately and then that's when you can now start interacting with the rest of the family.

Knowing [that other health care workers are] going through a lot of hardship to come to the hospital is inspiring to me. Everyone in the country is really grateful for their sacrifice. We need to work day and night to make sure they can get to work without such hardships.

'I continue to show up to work because it's my call'

A., registered nurse-in-training at Mulago Hospital, Kampala (A. requested that only a first initial be used due to concern that speaking out could jeopardize employment).

I started walking to Mulago from Namuwongo. It's about six or so kilometers [nearly 4 miles]. If I start in the morning, like 6:30 a.m, I'll be in the hospital by 8:30 or 9 a.m. I make sure that at least I sign off a little early so I would be at home before the curfew [which begins at 7 p.m.].

It's a little hectic because I have a small boy of 4 years, very inquisitive and curious. Every time I reach home, I tell him, "Don't touch me." So I come inside, I disinfect my things, and then I come to sit with him.

Other [nurses] are scared [to come to work]. I feel their pain, and I know that they are not intentionally failing to come to work. It is a situation of their transport and their distance – where I am staying is trekkable compared to others who are maybe 10 or 15 kilometers away [between 6 to 10 miles].

I continue to show up to work because it's my call. When you are called to do something, it's like taking a marital vow. I need not enjoy only the good part of my profession but to also tighten my belt in the situation that is hard. That gives me pride at the end of it all, after the war is won.

'I once had to hitch a ride to work' 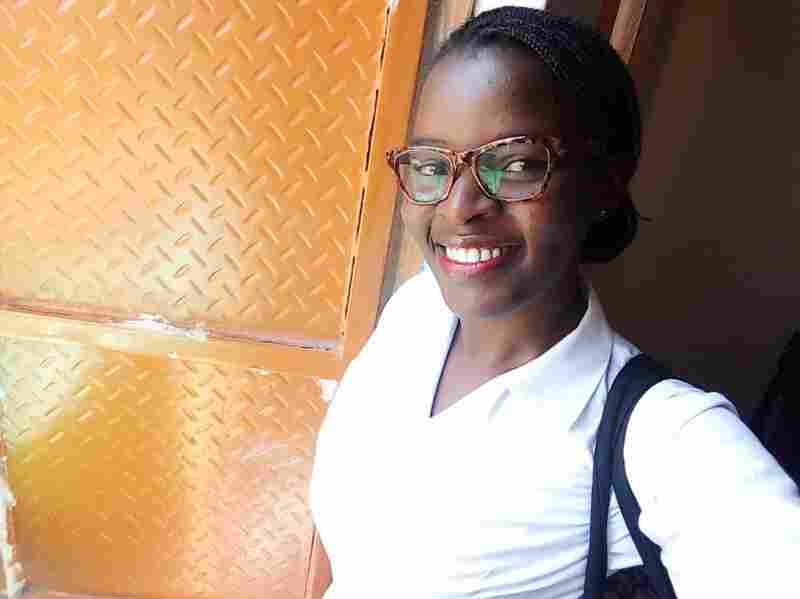 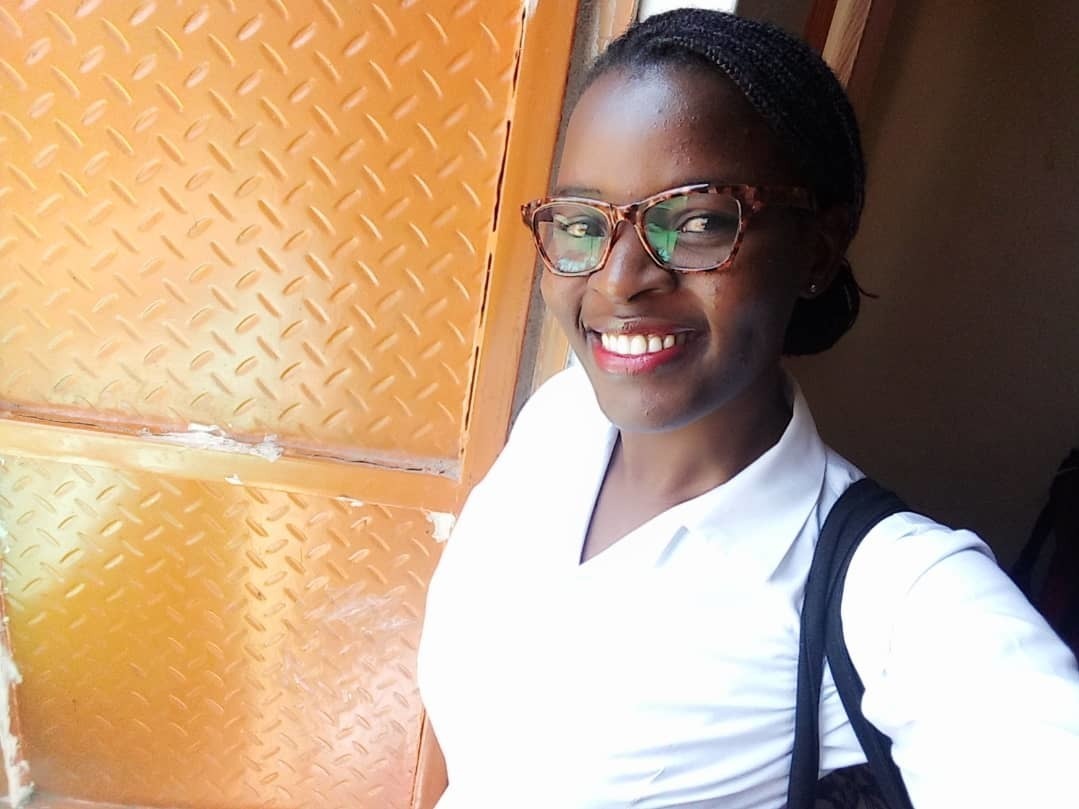 Maria Nakalanda, a nurse, often catches a ride on a crowded ambulance to get to work.

The hospital administrators [have used] an ambulance to take health care workers to work, depending on its availability and the numbers who need rides.

The vehicle is an appreciated effort but its capacity is quite small. I once had to hitch a ride to work with [a cargo truck] when it was full. The ambulance ride takes about 40 minutes but it can't carry everyone. So sometimes you have to stay behind so that [another health care worker] whose services are urgently needed can go.

Many nurses walk to work [from home]. I have not heard a case of a doctor walking to work [they either have cars or are given priority for rides]. Life seems to revolve around doctors. Even though nurses are the numerical majority in the medical workforce, they get paid the least and receive the least attention from [the government and other hospital owners].

As a health care worker who goes to the hospital to do work like dispensing [drugs] or management, you're not looked at as a big issue. All value and support is drawn to the COVID-19 front-liners.

I don't get an extra allowance for working in this season, but it's a matter of showing up.

'I've been using a canoe to cross' 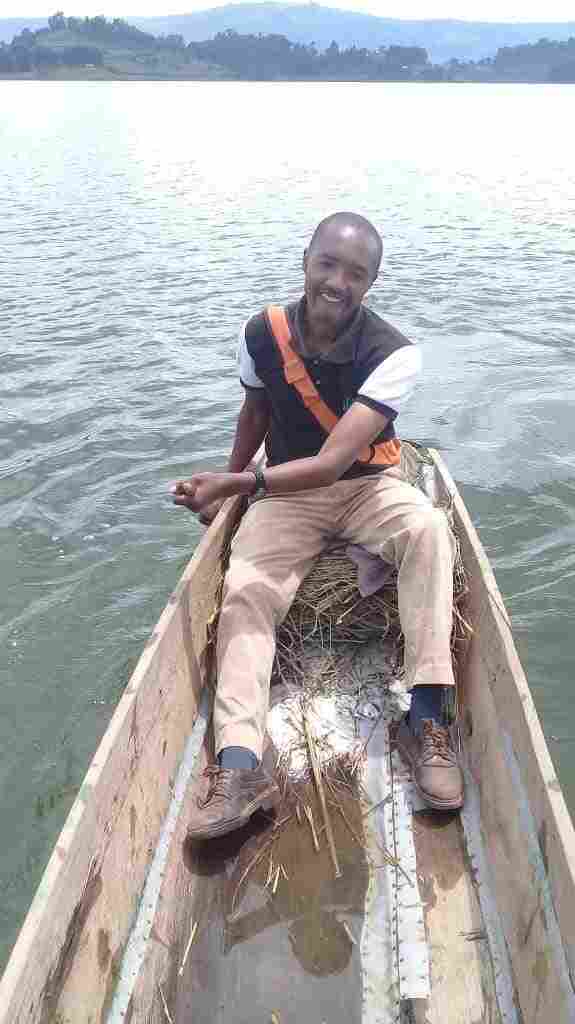 Edward Arineitwe, a nurse, rents a canoe to paddle himself to the health facility where he works — it's located on an island. Edward Arineitwe hide caption

It takes two and a half hours on water to reach the facility [which is on an island]. I've been using a [rented] canoe to cross. It's risky [to row myself] — I don't know how to swim.

Before the lockdown, we had public means of transit by engine boats — you pay UGX 5000 shillings [$1.30 USD] to cross and they are safe. [Those are not operating now.] Hiring a canoe [instead] costs around UGX 15,000 shillings [$4 USD]. We have six staff who are staying at the facility because if they cross, they have no means to come back as they [do not know how to] paddle a canoe.

Most of my colleagues have been saying, "If you post me here, I will resign," but we need to change our attitude. Being a health worker is a call to serve, so I said let me go and do the will of God.

Keren Landman is a journalist, physician and epidemiologist based in Atlanta.

Caleb Okereke is a Nigerian journalist and filmmaker working from Kampala, Uganda.