Accessibility links
PHOTOS: From His Flying Contraption, George Steinmetz Documents The Human Impact On Earth : Goats and Soda In his new book, The Human Planet: Earth at the Dawn of the Anthropocene, George Steinmetz offers a bird's-eye view of the mark humans have made on the global landscape. 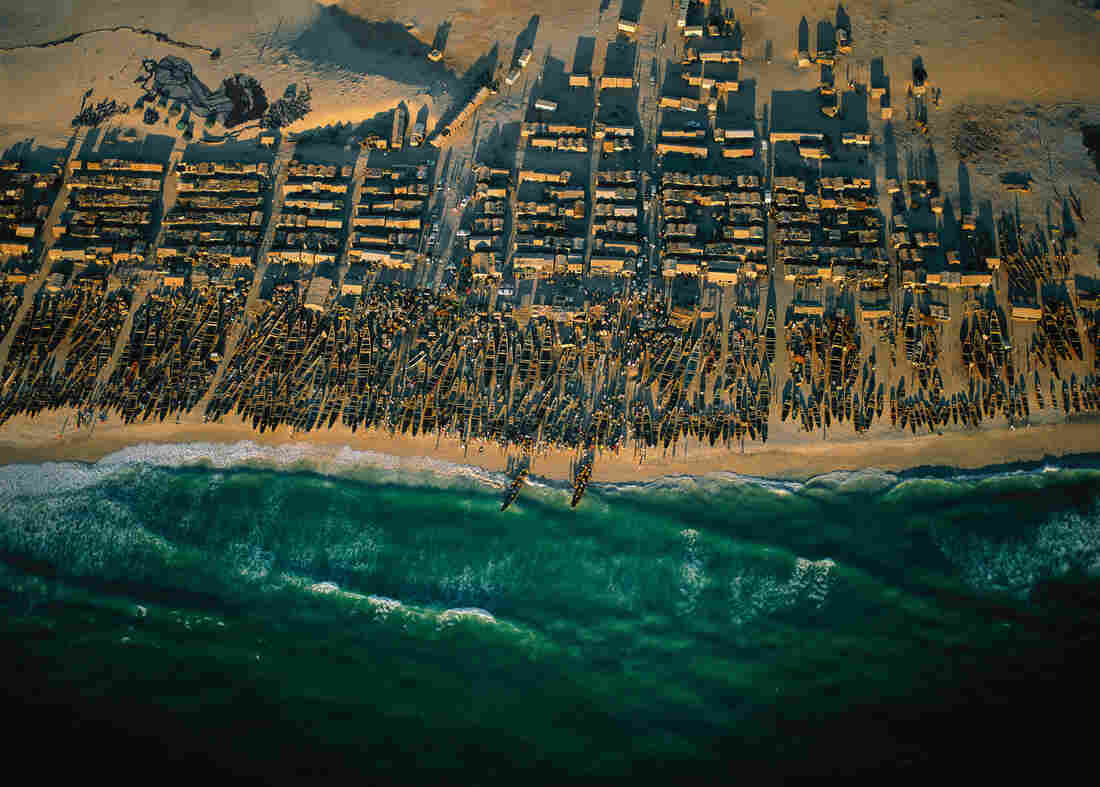 A fishing village near Nouakchott, Mauritania. After a severe drought, many of the country's pastoral nomads turned to the sea for their livelihood. George Steinmetz hide caption 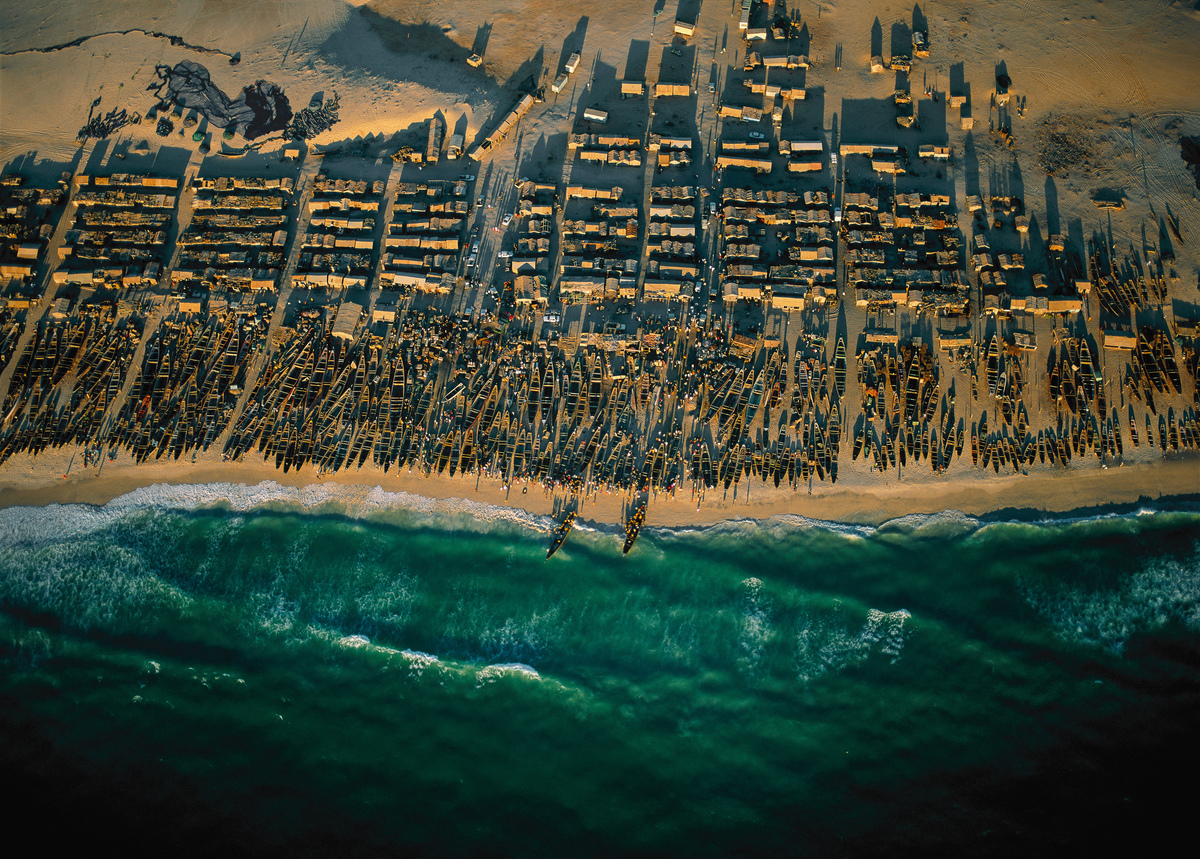 A fishing village near Nouakchott, Mauritania. After a severe drought, many of the country's pastoral nomads turned to the sea for their livelihood.

He describes it as a "leaf blower with a parachute overhead."

Strap in, and "your body becomes the fuselage" — and you are the pilot. Your knees dangle into open air.

For 15 years, the contraption, called a motorized paraglider, has taken photographer George Steinmetz across 25 different countries. From airport to airport, Steinmetz carried his personal aircraft, which could be disassembled and stashed in three bags, each weighing about 50 pounds, that he would proceed to check in. 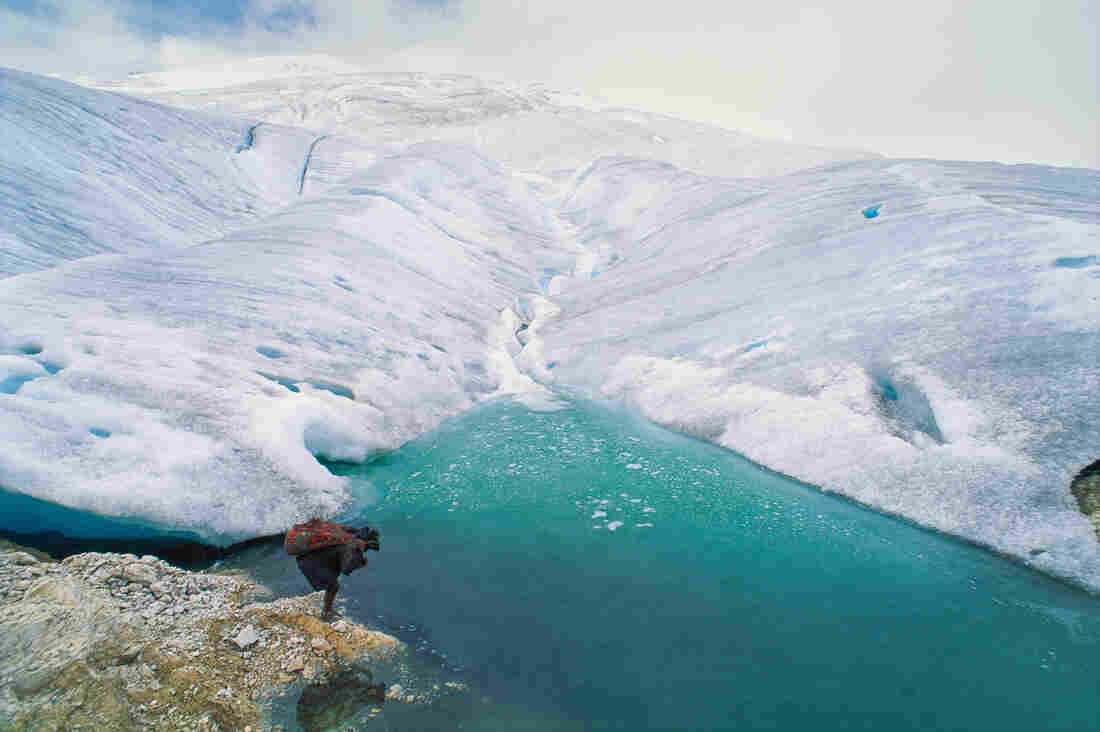 A barefoot porter totes a load for an expedition visiting one of the remaining glaciers near the equator, 16,000 feet high on the highest peak in Papua, Indonesia. George Steinmetz hide caption

Launching himself over remote swaths of desert, stark Arctic terrains and cheek-by-jowl shorelines, Steinmetz has documented, from the sky, the way human activity has shaped Earth. The result is The Human Planet: Earth at the Dawn of the Anthropocene, a photographic record of our planet in the anthropocene age — a word that refers to the mark humans have made on the global landscape ("anthropos" is Greek for human). The accompanying text is by science writer Andrew Revkin.

NPR spoke to Steinmetz about what it was like to glide over some of the most isolated regions in the world — and about the overwhelming signs he saw of humanity's footprint. 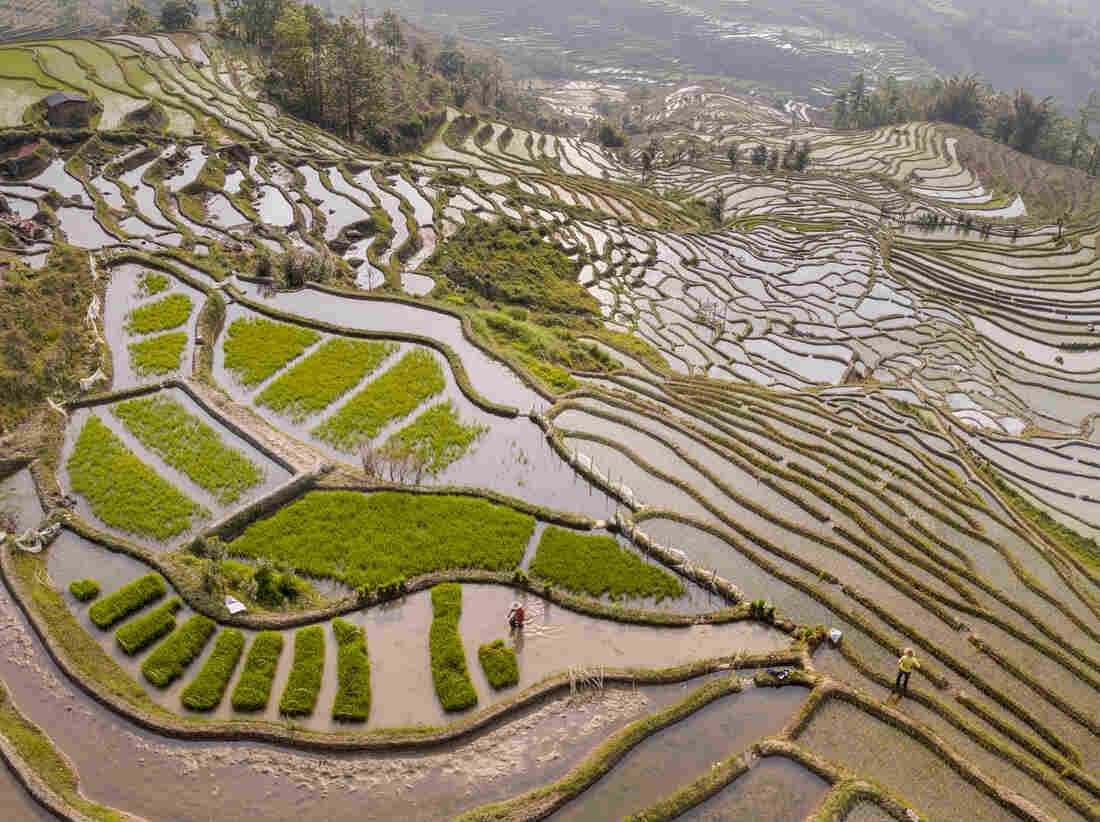 The rice terraces of Yuanyang County, China, are among the largest in the world. George Steinmetz hide caption

What inspired you to begin working on The Human Planet?

The book came out of a project I did for the New York Times Magazine. They asked me to go and photograph climate change on all seven continents from the air. And it made me think more globally than I tend to do, and it filled in a lot of gaps I had in my coverage of the planet. After that was done, I decided it would be interesting to go back through my archive and kind of reinterpret what I've been seeing for the past 30 years, looking at our fragile planet in a different way. 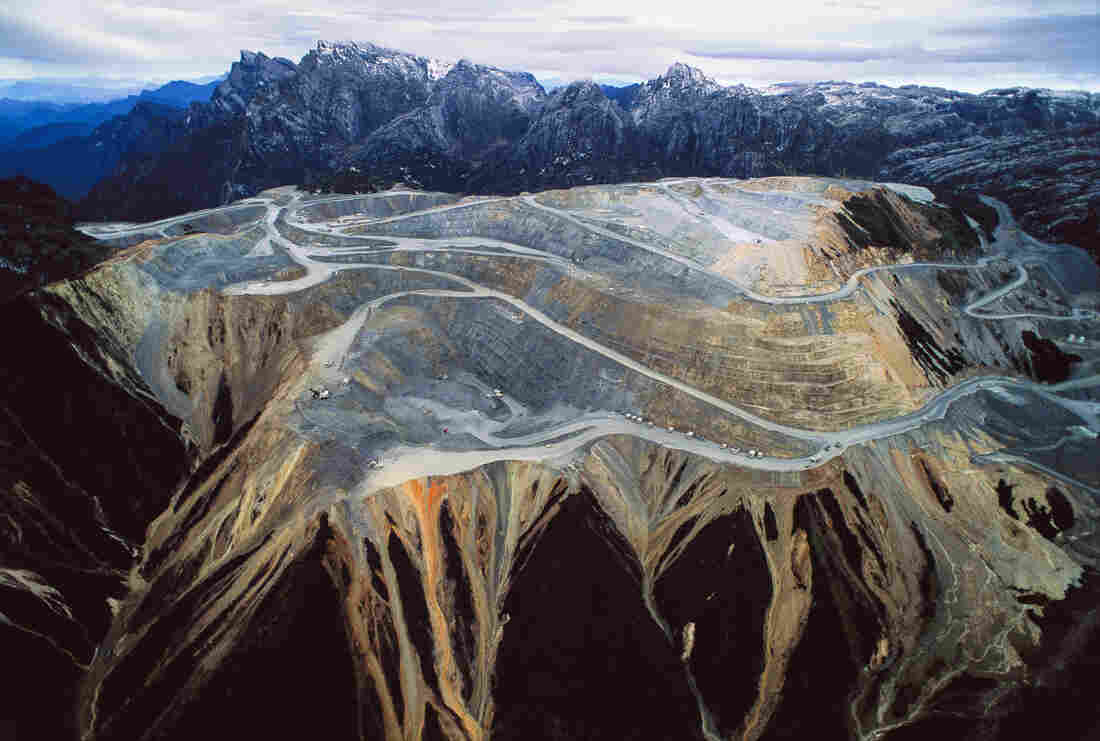 This mountain in Timika, Indonesia, was hollowed out for its gold and copper. The Grasberg mine is the world's largest gold mine — and a source of tension between the Indonesian state and citizens who blame it for flooding their lands. George Steinmetz hide caption

You'd been taking aerial photos for National Geographic as well.

I've been working for National Geographic for over 30 years, and [aerial photos] were always the most fun and exciting part of the story. I started doing that more and more, until finally, I wanted to do a story in the Sahara and realized I had to bring my own aircraft because there were no helicopters or planes to hire in these [areas of] Niger and Chad where I wanted to go. I had to learn how to fly my own thing. 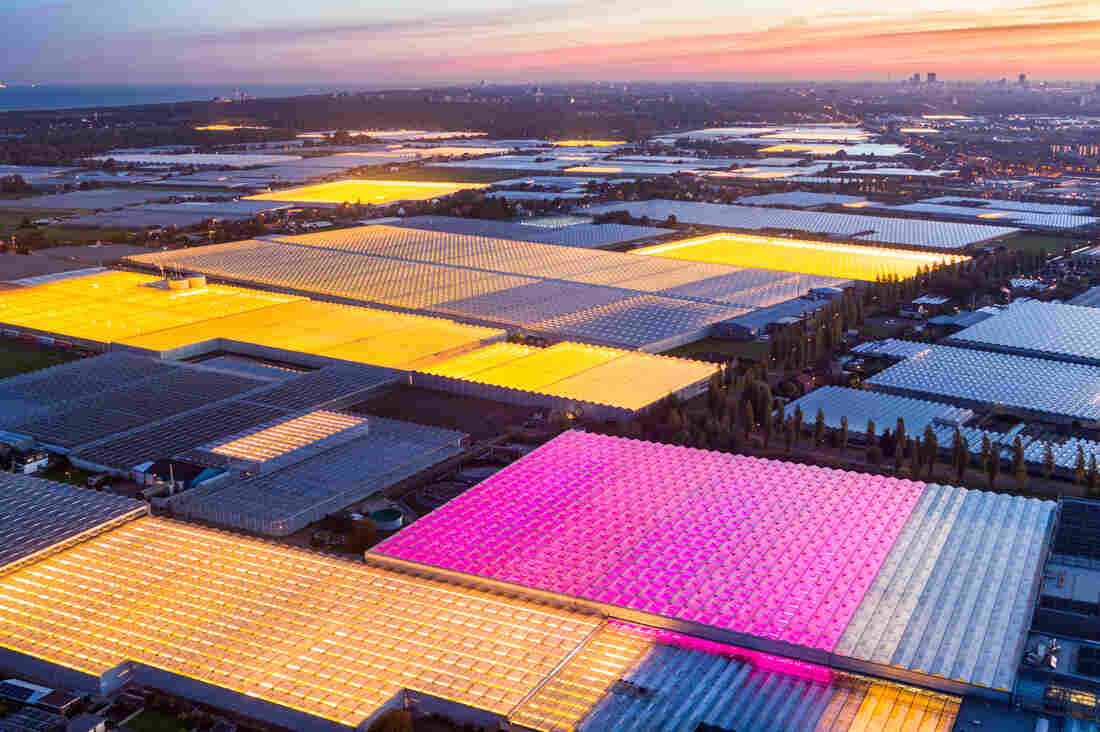 The amber and fuchsia lights of the Koppert Cress greenhouses in the Netherlands were designed to maximize plant growth efficiency and minimize light pollution. George Steinmetz hide caption

Could you tell us a bit about what it was like taking pictures aerially?

It's kind of personal because your body is the aircraft. It is some physical risk to go and see the world. You have to have to be fairly committed to taking the picture. And that made it a much richer experience. Now, I used drones a lot and drones are wonderful, but you don't have the same physical commitment.

A lot of the work was done with a motorized paraglider, which is the world's lightest and slowest motorized aircraft. You run to take off and land. It's a very personal kind of aerial photography, [because] there's no barrier between you and the outside.

You have to watch out for your knees getting in the picture.

I had a lot of unusual experiences flying in very rare places — like getting caught in sandstorms, some bad crashes. You have a lot of really epic moments where you see things that no one's ever seen before. 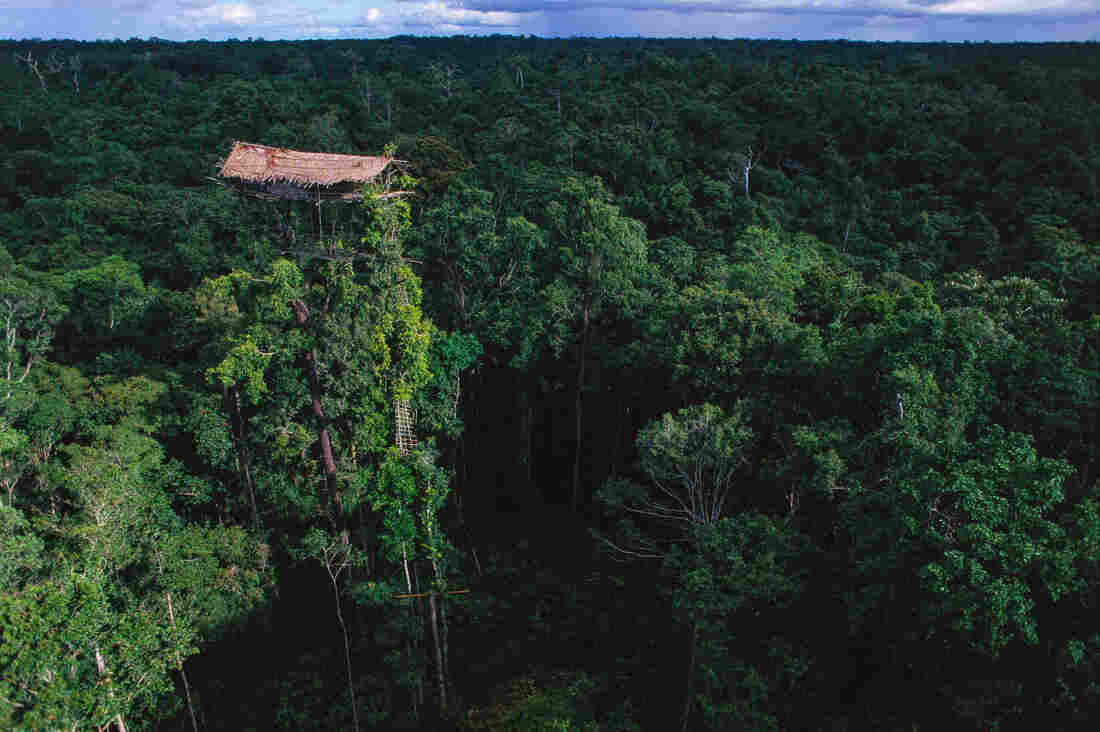 In Papua, Indonesia, many members of the Korowai people live in tree houses, which they say keep away mosquitoes and offered protection from historical enemies. This is the tallest treehouse Steinmetz observed — towering at 160 feet in height. George Steinmetz hide caption

What were some of those epic moments?

In the empty quarter of Saudi Arabia, [I flew over] the world's largest sand sea. It's about the size of France, Belgium and Holland combined without a single permanent point of water or habitation, and it's [practically] just an endless field of orange sand dunes. You feel like you're hallucinating out there. I also had a really amazing experience flying in the High Andes in the Altiplano of Bolivia. There's a salt lake there called the Salar de Uyuni, the world's largest salt flat. It's very surreal, especially in the spring when the fringes of it are covered in water. You feel like it's like something out of a dream. It's really beautiful.

You took these images before the coronavirus crisis, but I wonder if the pandemic has added any new layers of meaning to these photos?

We are in a time when humans have become the dominant force in the land. I think it's time to reflect on what we're all doing with our lives and maybe our place in the world. And I think a book like this brings up a lot of questions. What kind of world are we going to leave behind? 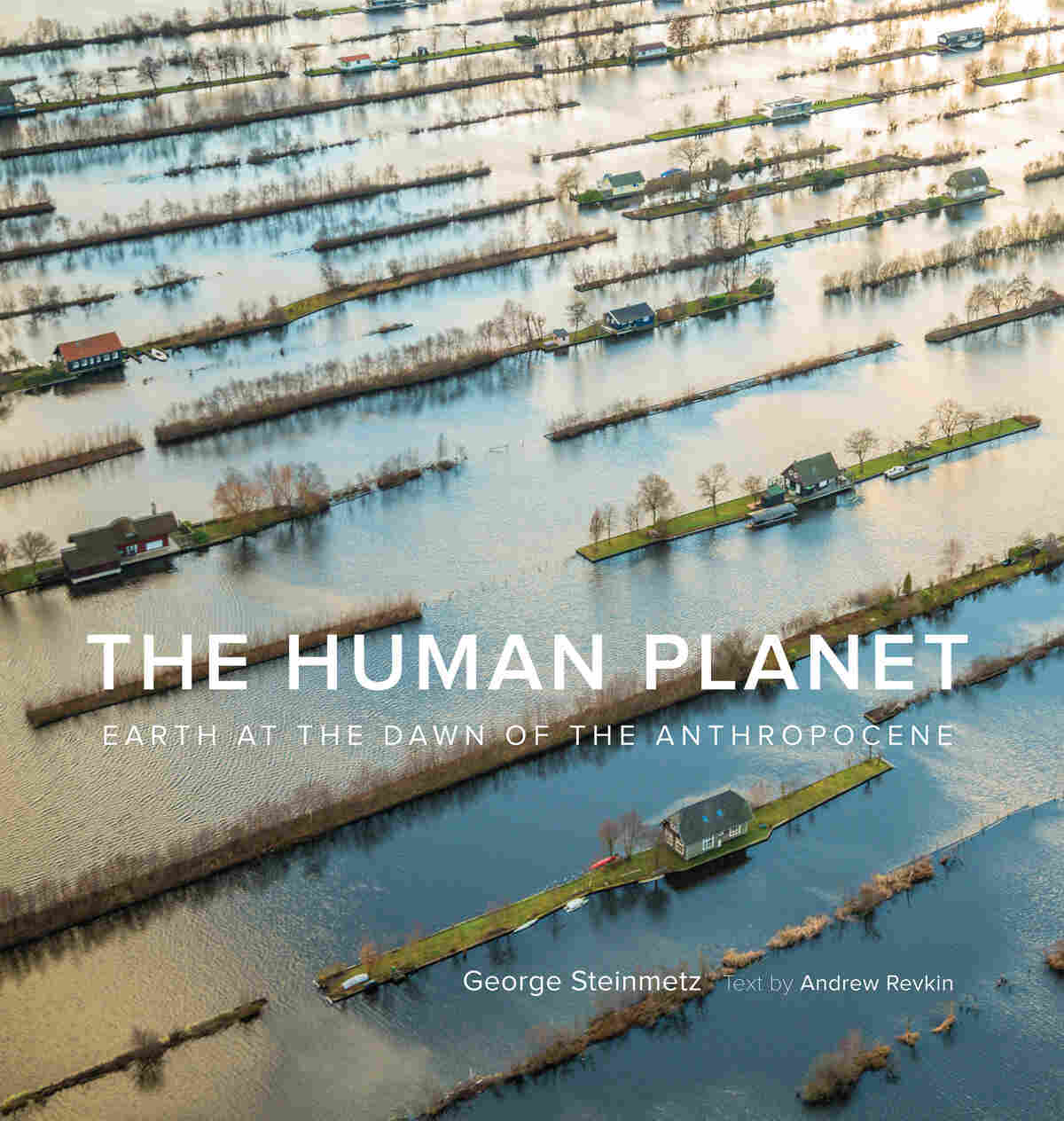 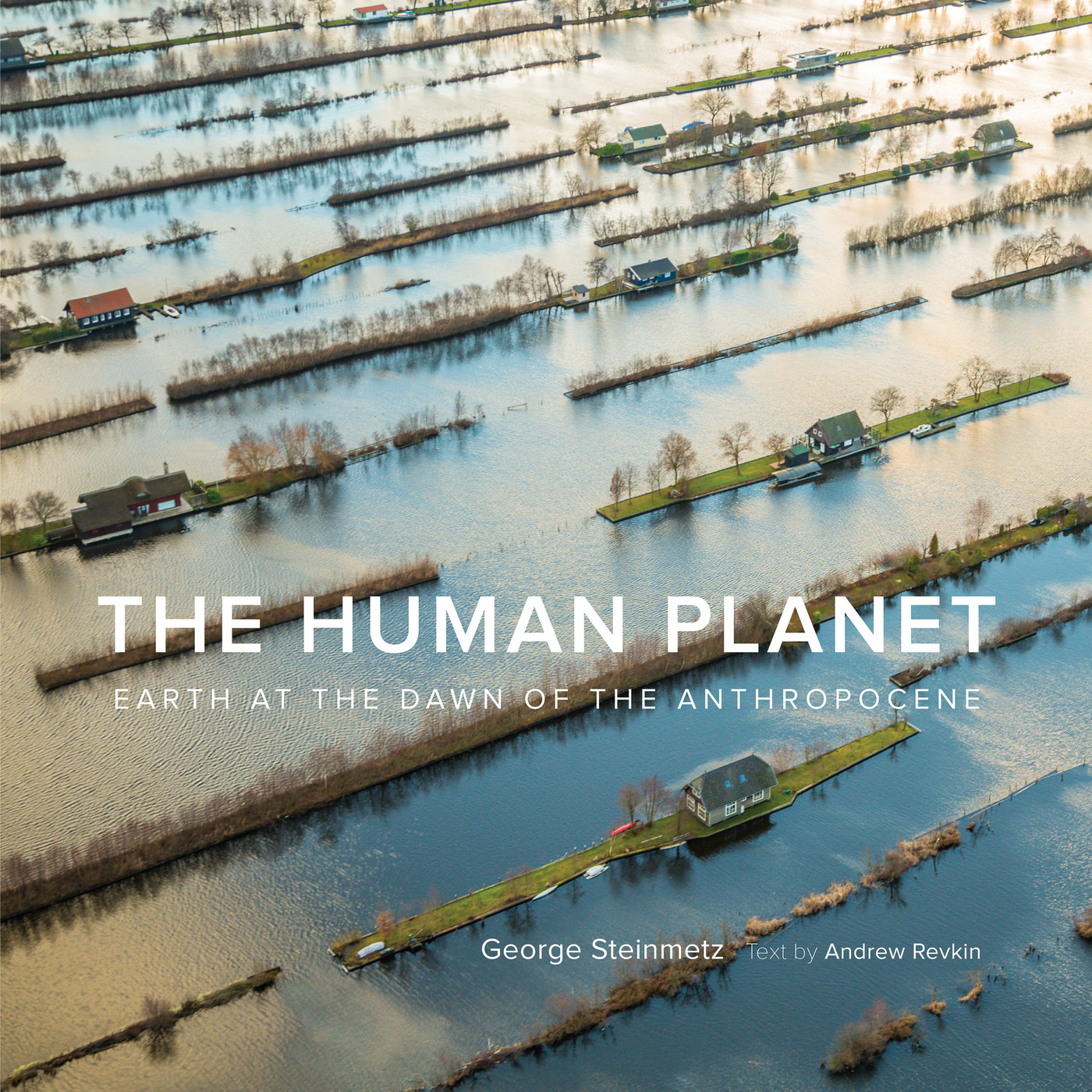