Accessibility links
Coronavirus Case Counts And Death Tolls Are Likely Undercounts : Goats and Soda Researchers say the statistics issued about coronavirus cases and deaths do not necessarily reflect the full degree of the pandemic's impact. 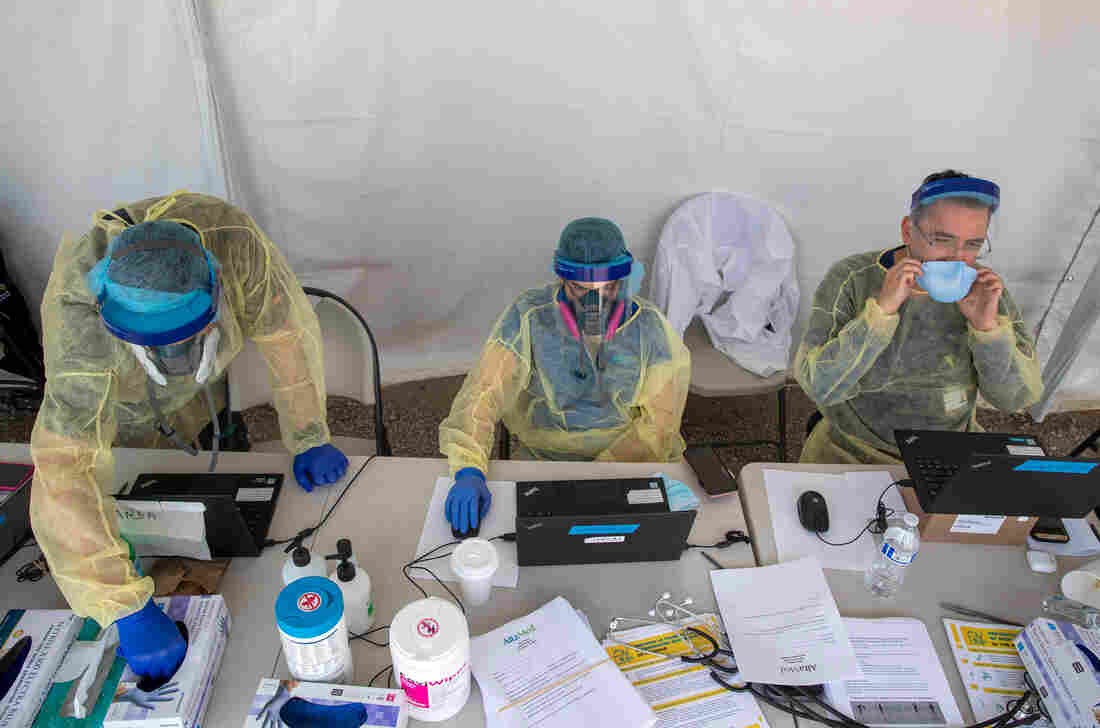 A COVID-19 testing operation stays busy in Boyle Heights, Calif. Daily case counts overall may be on the low side because access to testing is limited in some parts of the world. Brian van der Brug/Los Angeles Times via Getty Images hide caption 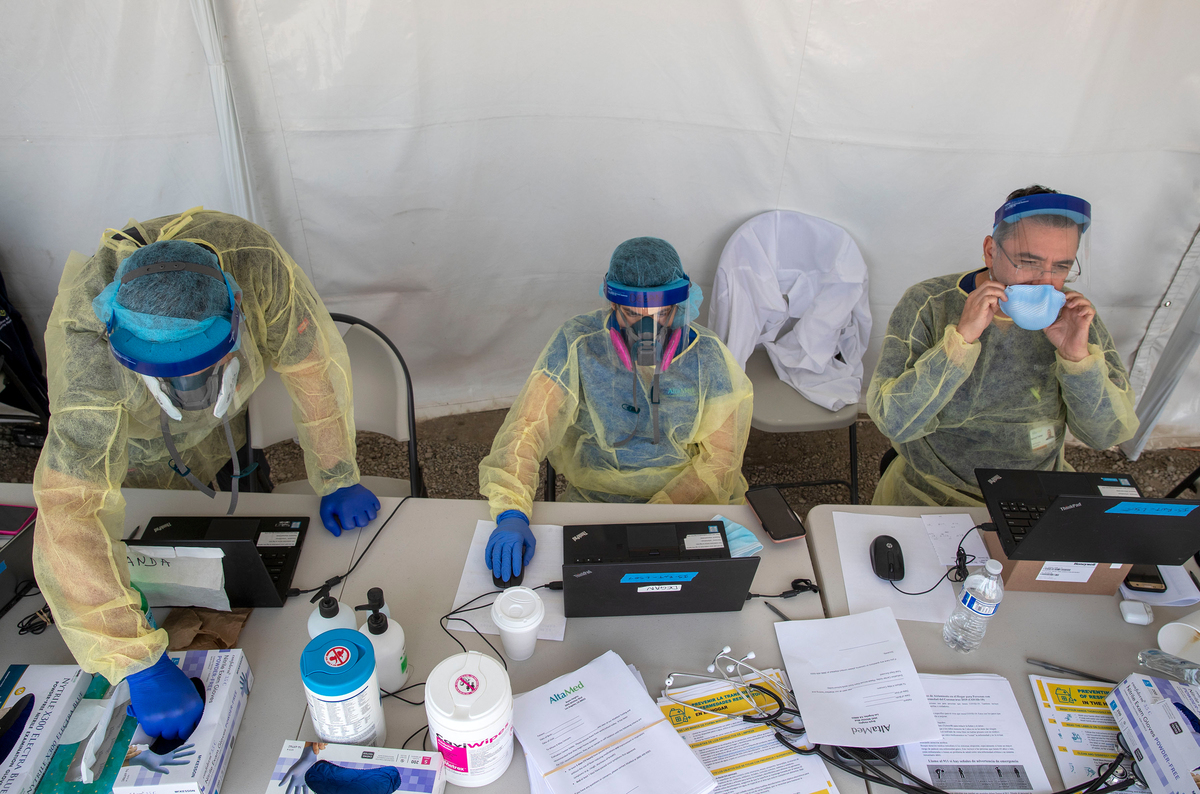 A COVID-19 testing operation stays busy in Boyle Heights, Calif. Daily case counts overall may be on the low side because access to testing is limited in some parts of the world.

And that's likely an undercount.

"Almost certainly it's higher," said Dr. Anthony Fauci, director of the National Institute of Allergy and Infectious Diseases, at a virtual Senate hearing on Tuesday. "There may have been people who died at home who were not counted as COVID because they never really got to the hospital."

It's not just the death toll that's likely higher. Medical statisticians say we have been undercounting cases since the pandemic started — not only in the U.S. but also around the world. That's because in countries rich and poor and in between, people who contract COVID-19 are not necessarily diagnosed — because of the shortage of tests and the difficulty of getting tested in some parts of the world, especially remote spots.

So you should keep in mind certain caveats as you consider the endless stream of numbers.

Here's what we know about some of the most frequently discussed data points.

What we want this to tell us: How many people have had COVID-19.

What it actually tells us: How many people have tested positive for the live virus (the most common way of being diagnosed) or, in some cases, been diagnosed based on symptoms. The actual number of people who have had COVID-19 is probably higher.

What we want this to tell us: Is the number of new cases of COVID-19 rising or falling over time?

What it tells us: How many cases are reported on each day and how that number compares with previous days. Only in areas where large numbers of people are tested regularly could the curve of daily case counts be considered a reliable marker of spread or containment.

What we want this to tell us: How many people have died from COVID-19 from the start of the outbreak until now.

What it tells us: How many people have died with the official cause of death listed as "COVID-19" — excluding those who died of the disease but were not identified as COVID-19 casualties. These numbers generally represent a conservative count of deaths and will likely be revised upward on review. But they are probably more accurate than case counts. "The [under]reporting issue for death numbers is less severe than case numbers, but it still exists," says Sen Pei, a public health research scientist at Columbia University.

What we want this to tell us: How likely are people who get COVID-19 to die from it?

What we want this to tell us: How many people who have contracted COVID-19 recover.

What it tells us: How many people who have been officially diagnosed with COVID-19 have kicked the virus.