Accessibility links
Unprecedented World Health Assembly Convenes Online As Pandemic Rages : Goats and Soda The 73rd annual World Health Assembly, which begins Monday, will be held virtually for the first-time ever. It will also be focused on the global response to the COVID-19 pandemic. 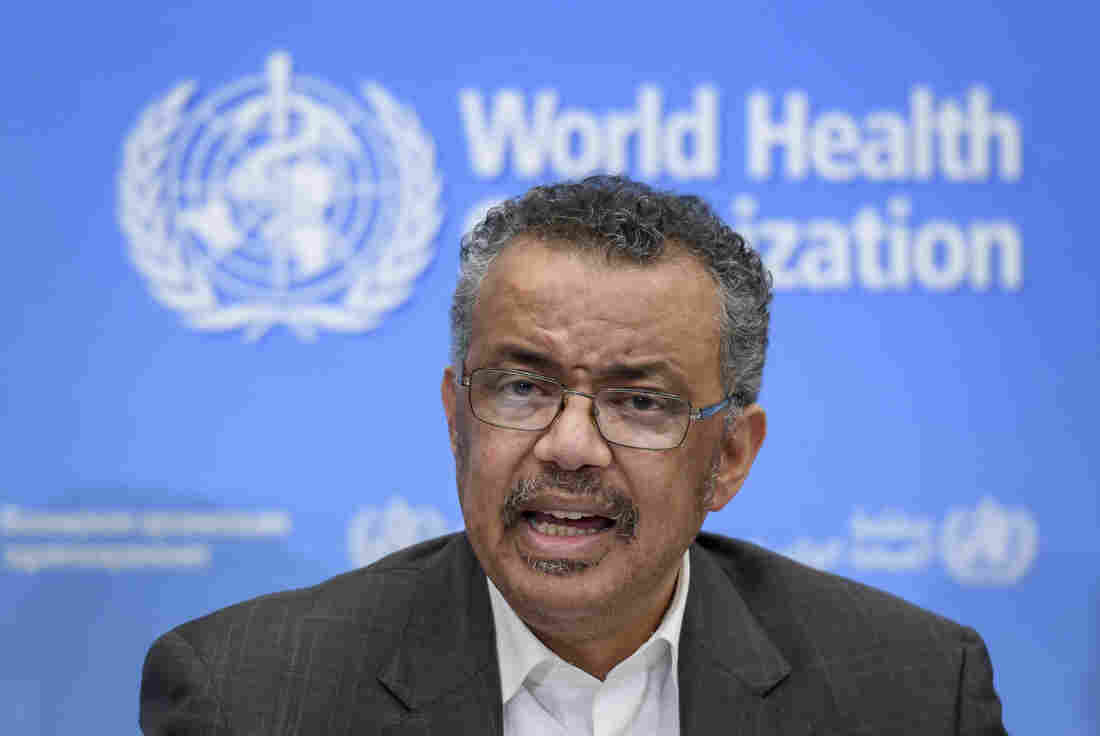 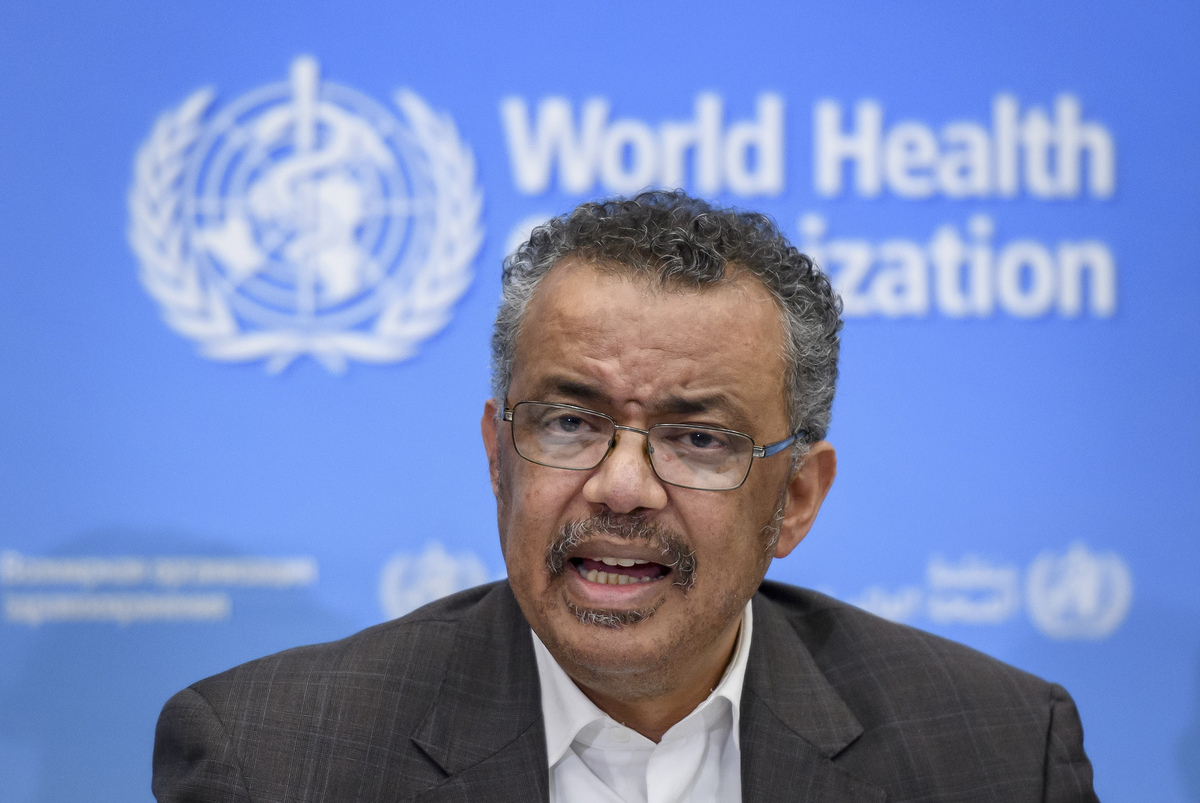 The World Health Organization's annual oversight convention will be held by teleconference beginning Monday, as the worst pandemic in modern history continues around the globe.

The 73rd annual World Health Assembly typically brings together representatives from the WHO's 194 member states in Geneva to discuss a wide range of health topics. However, this year's meeting will be held by teleconference for the first-time ever. It will also be much more focused — on the novel coronavirus that's infected more than 4.5 million people, killed 300,000, crashed the global economy and shows no sign of going away on its own.

"It's probably the most important assembly in their history," says Paul O'Brien, vice president of policy and advocacy for Oxfam America.

"We have a global pandemic. We have half a billion people at risk of falling into poverty. And we need the World Health Assembly to come up with the core solutions. And that is getting a vaccine out, manufactured, distributed and freely available to everyone as soon as possible," he says.

Oxfam America is part of a global effort for what the organization calls the "People's Vaccine." The goal is to get countries to work together to rapidly produce a vaccine and agree to make it universally available.

The issue of an inoculation against COVID-19 is expected to dominate the WHO's assembly. But O'Brien isn't convinced that the WHA will reach an agreement on one.

"The challenge right now is the leadership challenge," O'Brien says. "[Countries] are not agreeing. They're not delivering the level of ambition that this crisis needs."

Helen Clark, the former prime minister of New Zealand, is one of 50 current or former heads of state who've signed on to the People's Vaccine campaign.

"Without a vaccine, we will never live normally again," Clark says.

"As fellow citizens of planet Earth, we're all in this together," Clark says.

But some other plans for a COVID vaccine have not necessarily embraced planetary solidarity and appear to have been driven by national and commercial interests. For example, the U.S. last week announced Operation Warp Speed to develop a coronavirus vaccine for "American patients" and "the American people."

Despite calls for a vaccine, its development isn't guaranteed. And it's also not clear that a road map to developing one will emerge from the World Health Assembly. Like any United Nations gathering, with representatives from nearly 200 countries, getting consensus on any issue can be difficult. This year things are particularly difficult as the pandemic and economic collapse have exacerbated the geopolitical rivalry between the world's two largest economies.

Georgetown University law professor Lawrence Gostin sums up the diplomatic tension at the World Health Assembly this way: "There are two naughty children in the room," he says of China and the U.S. "They're both really big and they're both bullies."

The Trump administration has attacked China and the World Health Organization over their handling of the coronavirus pandemic, accusing them of covering up the seriousness of the initial outbreak in Wuhan. The WHO disputes the accusation. China has countered by pushing a conspiracy theory claiming that the virus may have been introduced into its territory by the U.S. military.

Ahead of the World Health Assembly, U.S. diplomats have spent far more time calling for Taiwan to be allowed to attend the meeting as an observer than about global efforts to confront the pandemic. As the number of coronavirus cases ratchets up, U.S. and Chinese officials have engaged in a twitter war over whether or not officials from Taiwan, which Beijing sees as a rogue province, can be at the meeting.

"If [the U.S. and China] can set aside their differences, stop blaming one another, and actually join forces for constructive good, we could see enormous progress coming out of the World Health Assembly," Gostin says. "But if they fight publicly and privately and if they block each other's initiatives, I think we're going to just get a stalemate. It'll be an enormous lost opportunity at the World Health Assembly."