Accessibility links
Afghan Girls Robotics Team Aims To Build Low-Tech, Low-Cost Ventilator : Goats and Soda Automated ventilators are expensive. Hand-operated ventilators require a lot of labor. So these teens are on a quest to create a mechanized bag-valve-mask that'll do the job. 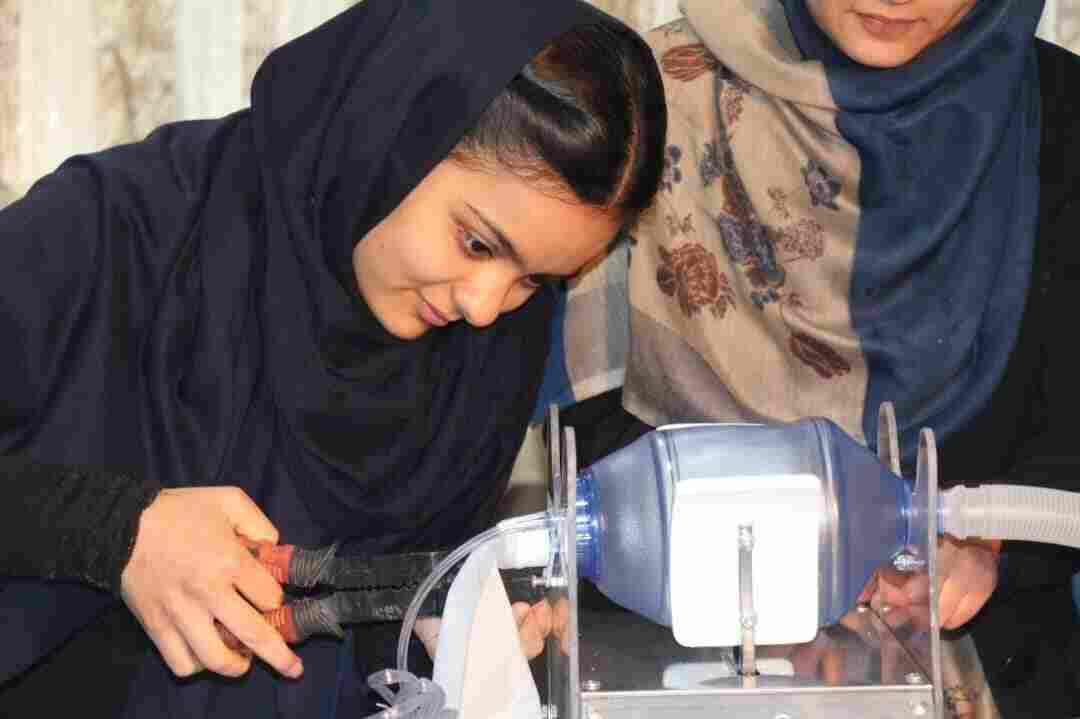 Elham Mansoori, member of Afghan Dreamers, an all-girls robotics team in Afghanistan, works on their prototype of a ventilator. The Digital Citizen Fund hide caption

In Afghanistan, a group of teenage girls are trying to build a mechanized, hand-operated ventilator for coronavirus patients, using a design from M.I.T. and parts from old Toyota Corollas.

It sounds like an impossible dream, but then again, the all-girls robotics team in question is called the "Afghan Dreamers." Living a country where two-thirds of adolescent girls cannot read or write, they're used to overcoming challenges.

The team of some dozen girls aged 15 to 17 was formed three years ago by Roya Mahboob, an Afghan tech entrepreneur who heads the Digital Citizen Fund, a group that runs classes for girls in STEM and robotics and oversees and funds the Afghan Dreamers. "I'm really proud of these young girls – [who are] feeling that they have to help their community," says Mahboob. "It's amazing and hopeful for the future of Afghanistan."

The virus most likely entered the country in early March as hundreds of thousands of Afghan workers fled the coronavirus outbreak in neighboring Iran. They came through the western province of Herat, where the Afghan Dreamers live.

In fighting the pandemic, Afghanistan is at a disadvantage."You are talking about a country that is now struck by COVID-19, which comes on top of ongoing war and abject poverty," says Toby Lanzer, the humanitarian coordinator for U.N. agencies working in Afghanistan.

The country only has capacity to test 1,000 people a day, so the number of confirmed cases, at over 7,000 is considered an undercount, says Lanzer. And there's only about 200 working ventilators for a country of 35 million people, he estimates.

To deal with the shortfall, on March 26, the then-governor [he has since stepped down] of Herat, Abdul Qayoum Rahimi, gathered two doctors, university graduates, local industrialists and the Afghan Dreamers.

The doctors presented them with a challenge: to help mechanize their hand-operated ventilators, also known as bag-valve-masks. This type of ventilator is a large inflatable bag attached to a mask that slips over the nose and mouth. A health worker manually squeezes the bag to get air into the lungs. They're quite cheap and common – they're used in ambulances and in emergency care to help patients breathe until they can be ventilated on a machine.

Officials feared there would not be enough health workers to hand-operate the equipment in the event of an outbreak. They hoped the Afghan Dreamers could build a prototype of a mechanized ventilator that could be replicated and mass produced, says Mahboob.

And amid a global demand, officials also worried that impoverished Afghanistan could not compete with wealthy countries to buy fully automated ventilators typically used in ICU rooms.

A ventilator typically costs around $50,000, says Douglas Chin, a Harvard-educated surgeon who has been helping the Afghan Dreamers with their prototype. By comparison, he says, producing a mechanized hand-operated ventilator could cost around $500. 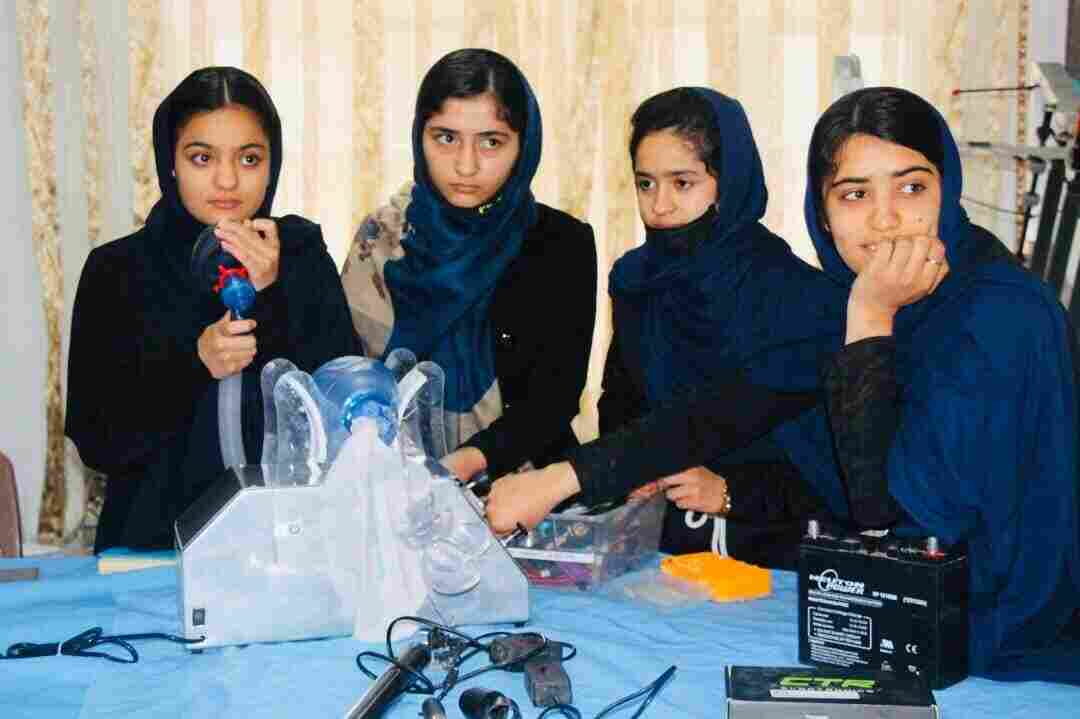 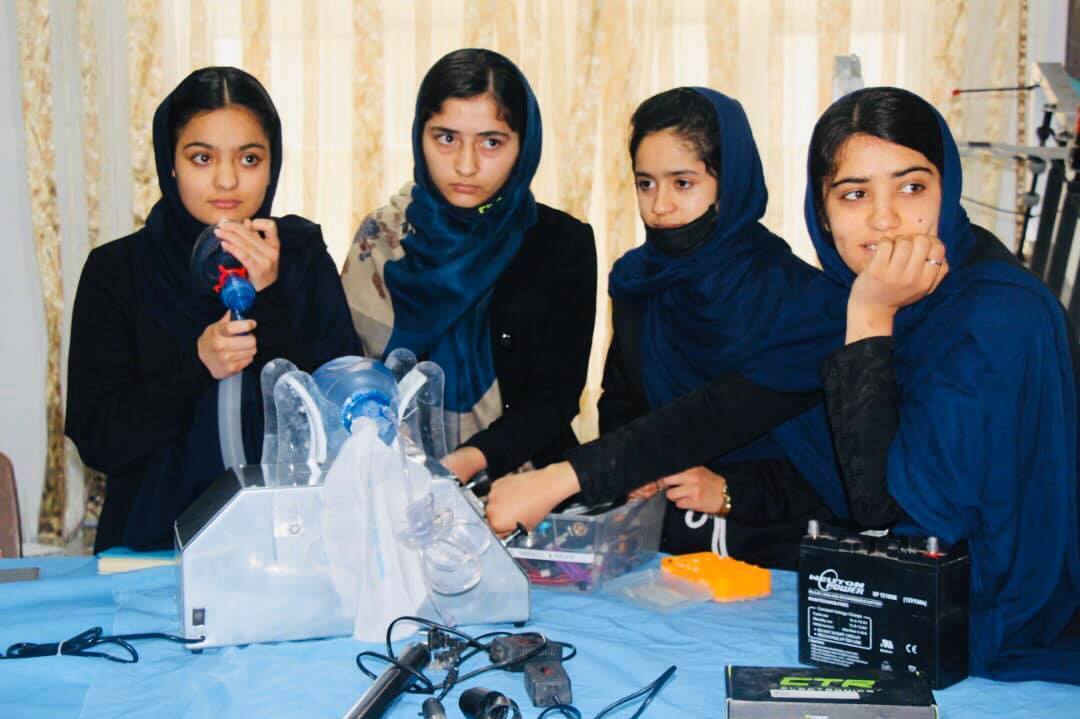 Elham Mansori, Florence Poya, Nahida Khajazadeh and Somaya Farooqi, members of the Afghan Dreamers, are building a mechanized version of the hand-operated ventilator.

After the meeting with the governor, a team of four Afghan Dreamers began looking online for open-source design ventilators. Mahboob and Somaya Farooqi, the 17-year-old team captain, came across a design released by MIT for a low-cost, low-tech ventilator called the MIT E-Vent.

"They found us," says Alexander Slocum, a professor of mechanical engineering at MIT, whose team released the design in March.

The design is deliberately low-tech so it can be replicated using locally sourced products around the world. For instance, it calls for installing a microprocessor, usually included in robotics kits for kids and teens. And it can be built out of widely available machine parts.

The MIT team on their website says their design "cannot replace an FDA-approved ICU ventilator in terms of functionality, flexibility and clinical efficacy" but that it could help in "life-or-death situations where there is no other option."

The Risk Of Coronavirus In Afghanistan's Prisons Is Complicating Peace Efforts

Slocum estimates about a dozen teams, from places as diverse as Chile to Iran are building ventilators using the design. The Afghan Dreamers, he says, is the only all-female team he is aware of, and they come from the poorest country.

They were also the first to figure out that windshield wiper motors could be finagled into powering a working ventilator.

"So I just hope no one gets mad at us, or them, in particular when the rainy season comes and they go to their car and there's no wipers," says Slocum, jokingly.

The Afghan Dreamers have had a number of challenges while building the prototype. For one, they're working while fasting – it's the Muslim month of Ramadan. They also have to keep safe amid the pandemic, says Farooqi. "Each of us work on a separate part of the ventilator. When we get together, we wear masks and gloves." 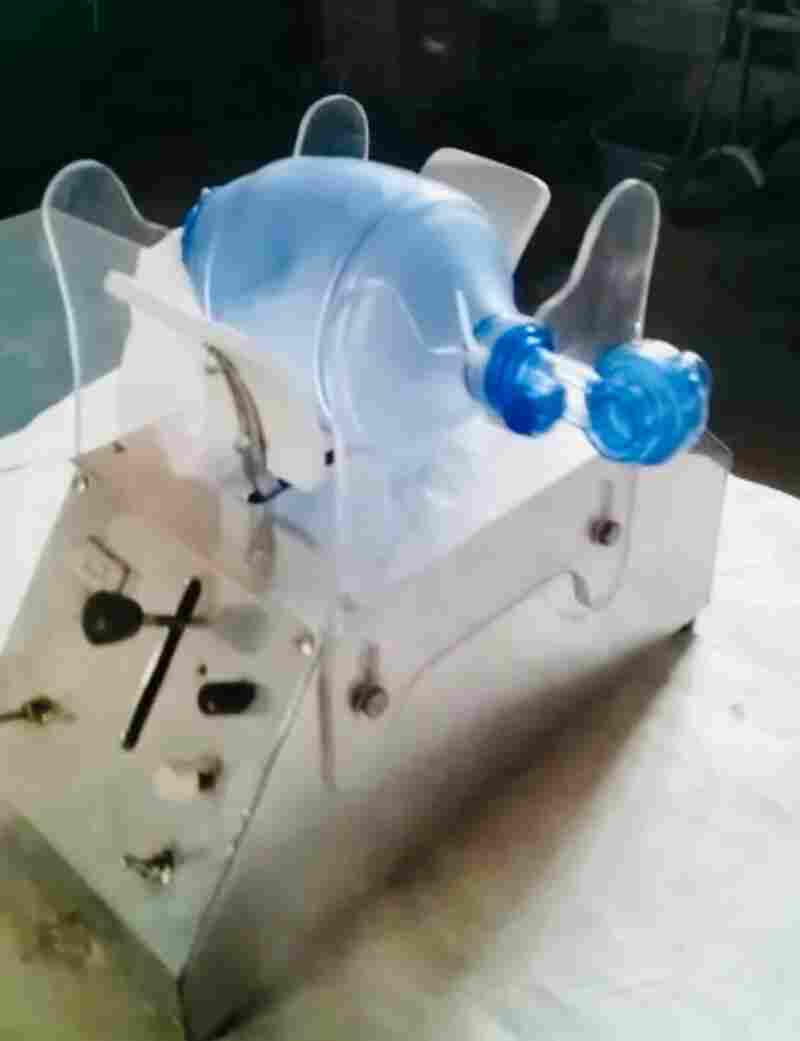 And because Herat is largely shut down due to COVID, Farooqi says the team had to be ingenious about sourcing parts. "Most of the material we are using is actually from Toyota Corolla car parts" from nearby secondhand markets, such as the windshield wipers, a gear box and motor, along with some motorbike parts.

Corollas are a common type of car in Afghanistan, so if this prototype works, the ventilator should be cheap and easy to replicate using parts likely to be available at car shops, says Mahboob.

The girls are now trying to get the machine to be able to sense a patient's breathing pattern and adjust the amount of air they get accordingly.

For the ventilator to do that, the team needs two parts – a "pressure transducer" – a sensor that converts pressure measurements from breath into electrical signals – and a microprocessor to process those signals into a pump of air.

Both parts cost about $50 each but the team can't source them locally or ship them into Afghanistan. There is no mail service that the women can access. And so six weeks into building their ventilator, the women are now trying to find a way get these last parts.

Some health officials in Afghanistan are doubtful that the girls will succeed. "We appreciate this idea," says Muhammad Rafiq Sherzai, spokesman for the Herat Public Health Department. But he notes the need to have the machines approved by appropriate organizations.

Indeed, once the team builds a successful prototype, it has to be tested and approved by the health ministry in Herat, and then in the capital Kabul. Once they have that approval, local factories can replicate the machine.

The team is optimistic. They've overcome other hurdles.

They first came to international attention three years ago, when they were refused visas twice to enter the U.S. for a robotics competition. Many visit visas are denied because some Afghans have used them to stay in the U.S. and never return to Afghanistan.

After an international outcry, President Donald Trump intervened and let them in.

They made it to the competition and even won an award for courage for their can-do attitude under difficult circumstances.

"That award was a result of our hard work. And it's made us work even harder," says Farooqi. Speaking of the ventilator her team is building, she adds, "even if it saves just one patient's life, I'll be happy.