Accessibility links
OPINION: Coronavirus Response Is Haunted By Colonialism : Goats and Soda The era of colonial powers ended in the 20th century. But the legacy lingers on and can be seen in the way the West has reacted to the coronavirus crisis. Although there are some hopeful signs, too. 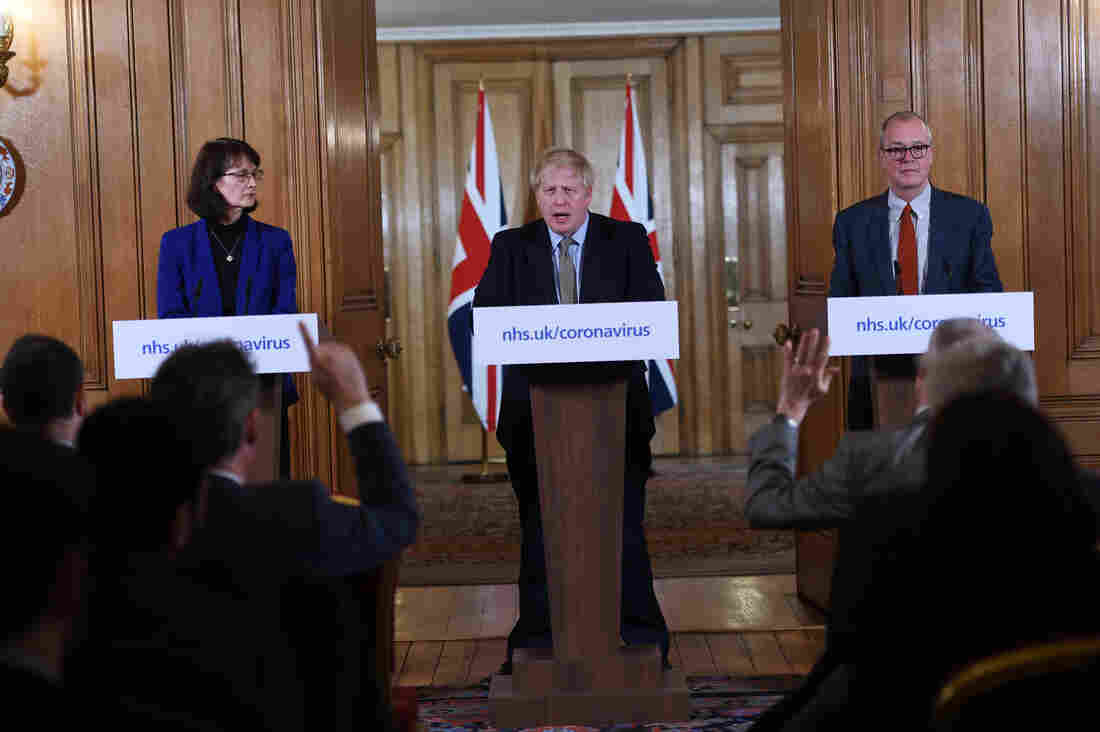 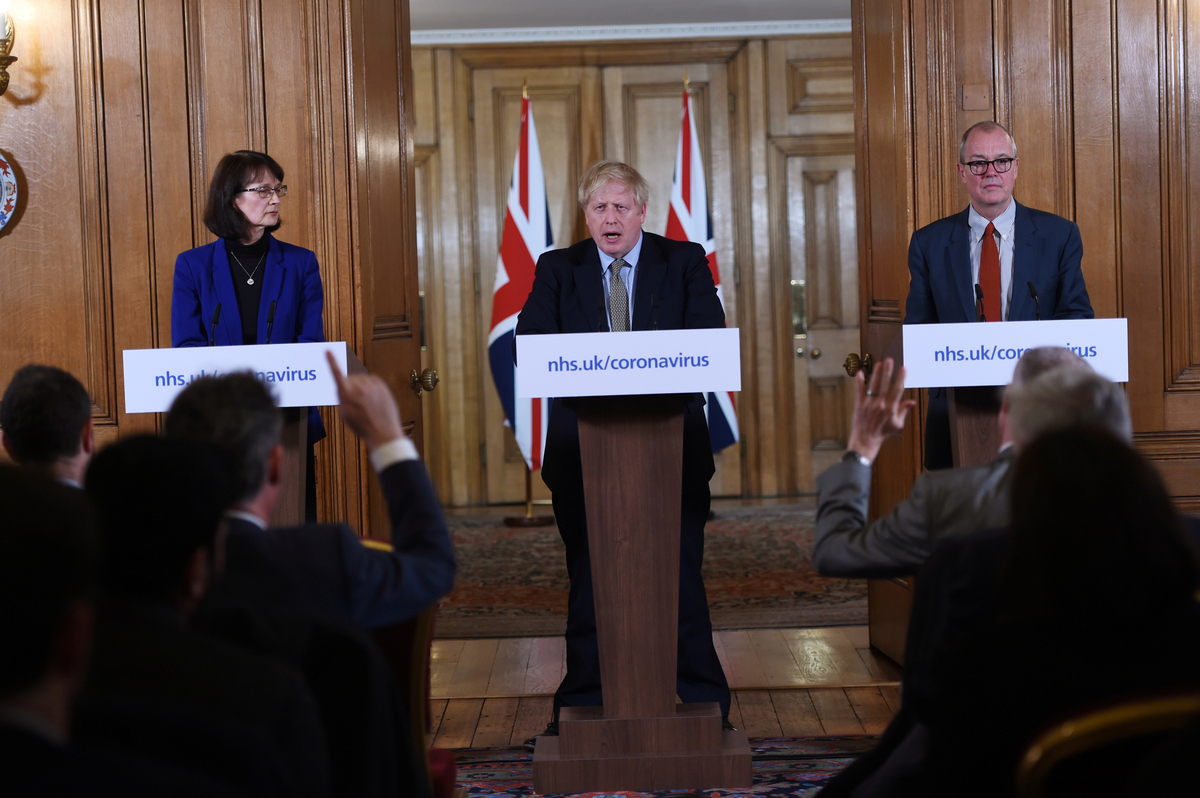 Most believe that the colonial era– the time from the 1400s to the late-1900s when rich countries took over poor countries, stripping their people of independence and taking advantage of their natural resources — is over.

But the coronavirus pandemic makes it very clear that the legacy of colonialism is alive. Scholars have recognized that the modern-day control of social, economic, political and cultural aspects of former colonies by modern powers is still happening. They call it "neocolonialism."

As public health experts who have worked extensively on global health issues, we've been struck by how this neocolonialist attitude has played out in this unprecedented pandemic.

The World Health Organization has sent a message to every country in the world during this pandemic: "Test, test, test."

But not every country felt the message was meant for them. In mid-March the coronavirus was spreading rapidly in many parts of the world, including the United Kingdom. Yet at a press conference, England's deputy chief medical officer, Dr. Jenny Harries, stated that the WHO guidelines did not apply to the UK's "extremely well-developed public health system.'" She explained that WHO's recommended approach for all countries were actually meant more for lower income countries.

Needless to say, that philosophy did not stick.

The government now recommends widespread testing and in fact set a target of 100,000 coronavirus tests per day across the U.K. by the end of April.

The U.K. and other onetime colonial powers did not turn to their former colonies or to the East for advice – although they should have.

African and Asian countries have had far more experience dealing with infectious diseases like Ebola and SARS than the United States and the countries of Europe. But neocolonialism relies on the continued belief that former colonial rulers are superior in terms of expertise and societal values. Not only are such attitudes racist and xenophobic, they're illogical.

And it represents a kind of overconfidence that has literally been deadly. There was public knowledge of a viral respiratory epidemic threat from China in January, yet serious nationwide public health responses in the U.S. and U.K. did not start until March 2020.

Even once it became clear that wealthy countries were at risk, there was a widespread reluctance to learn from China and from other Asian countries.

The American reaction focused instead on blaming China – consider President Trump's use of the term "Chinese virus."

China was further criticized for using draconian measures when millions of people in Wuhan were put under lockdown – even though the countries of the West that denigrated such tactics might today be better off if they had acted similarly.

Indeed, recent data suggests that the majority of cases in the United States came from New York City. Restricting travel out of the city, as was done in Wuhan, might have meant far fewer cases in the U.S.

And while Trump put an early ban on much travel from China, effective Feb. 1, he delayed any travel bans from European countries even as the virus toll mounted until mid-March. Today, we know that most of the cases in the eastern U.S. were of European origin.

Then there is the matter of face masks.

At first the U.S. made it seem as if wearing masks was based on superstition and had no benefit. So the message was that the mask-wearing citizens of China and other Asian countries were being foolish. As late as Feb. 29, the U.S. surgeon general Dr. Jerome Adams tweeted that masks do not offer any benefit to the average citizen.

But the data is showing that universal masking could dramatically curb transmission. In April, the Centers for Disease Control and Prevention did in fact change its earlier view and endorse the public use of cloth masks. To us, the hesitancy to adopt universal masking in public has been another example of Western arrogance.

What's more, even former colonies are influenced by neocolonialism in the way they make decisions.

Some of the solutions that work in the West are being imported by lower-income countries without consideration to whether they can work and what unforeseen consequences there might be.

It's one thing for a country like Italy, Spain or the U.K. to call for a full-country lockdown. Many workers can switch to at-home work and not lose income. But in countries with widespread poverty, a lockdown immediately means the end of income for street vendors, construction workers and many others who earn their living day-by-day – and the very real threat of hunger as their income evaporates.

Another argument for lockdowns is that if fewer people become ill, health-care systems will not be overwhelmed and will have time to acquire the equipment needed to treat COVID-19 patients.

But in low-income settings, that kind of gearing up is much harder to accomplish. They already have far fewer ventilators, ICU-level beds and critical-care trained doctors.

And the government doesn't necessarily have the ability to finance that kind of scaling up. One reason, in our opinion, is the nature of so-called "structural adjustment grants" offered to low-income countries by the World Bank since the second half of the 20th century. The idea was that the money would be used to build up the private sector rather than to strengthen essential social systems like health care. And these grants have a legacy of ongoing debt that countries are still paying back to this day.

Yet in spite of it all, we see some signs of hope – ways that the world is rejecting neocolonialism.

A new attitude is emerging: The idea that countries that have responded to outbreaks for so long have something to teach the West. These countries that battled Ebola already have systems in place to do a job that everyone says is critical for controlling the novel coronavirus: contact tracing. They know how to gather information about all the contacts of a newly diagnosed person and then set up systems to isolate those contacts until the risk of infection has passed. We can and must adopt their expertise here as well – and we are. The state of Massachusetts is collaborating with global health group Partners In Health to use the contact tracing and isolation strategies that were initially honed in the Ebola response in West African countries like Liberia and Sierra Leone. There are also new partnerships to train community health workers, learning from the work of Last Mile Health, which leads such programs in Liberia.

That's progress – but not enough progress.

The lessons and expertise of the East and of African countries, coupled with the resources and power of the West, could have allowed us all to fare better. And as COVID-19 spreads globally, we will be called upon to collaborate.

We need to make sure we answer that call.

Abraar Karan is an internal medicine physician and clinical fellow at Brigham and Women's Hospital and Harvard Medical School. You can contact him via Twitter @AbraarKaran

Mishal Khan is an associate professor at the London School of Hygiene and Tropical Medicine, specializing in strengthening health systems and policies in low- and middle-income countries. Twitter: @DrMishalK