Accessibility links
Study: Kids May Be Less Likely To Catch Coronavirus : Goats and Soda A new study found kids and teens appear far less likely than adults to actually get infected with the virus. But it is still unknown what role children play in transmission. 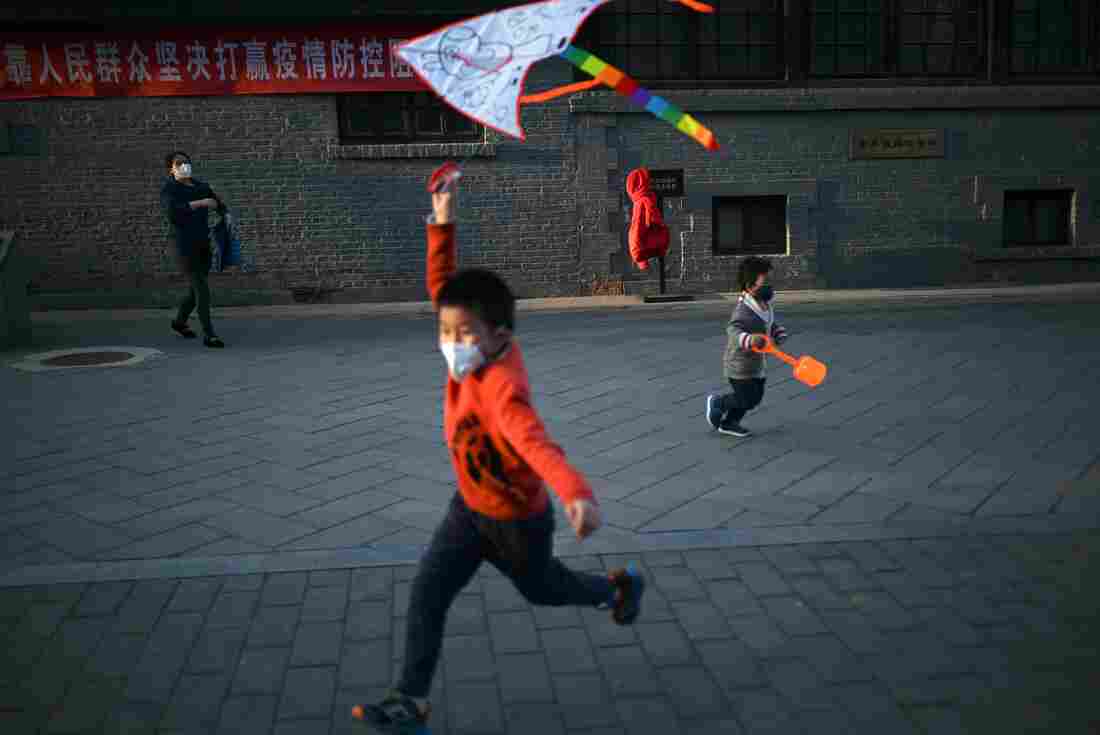 A boy wearing a face mask flies a kite at a park in Beijing. Researchers are studying the response of children to COVID-19. Wang Zhao /AFP via Getty Images hide caption 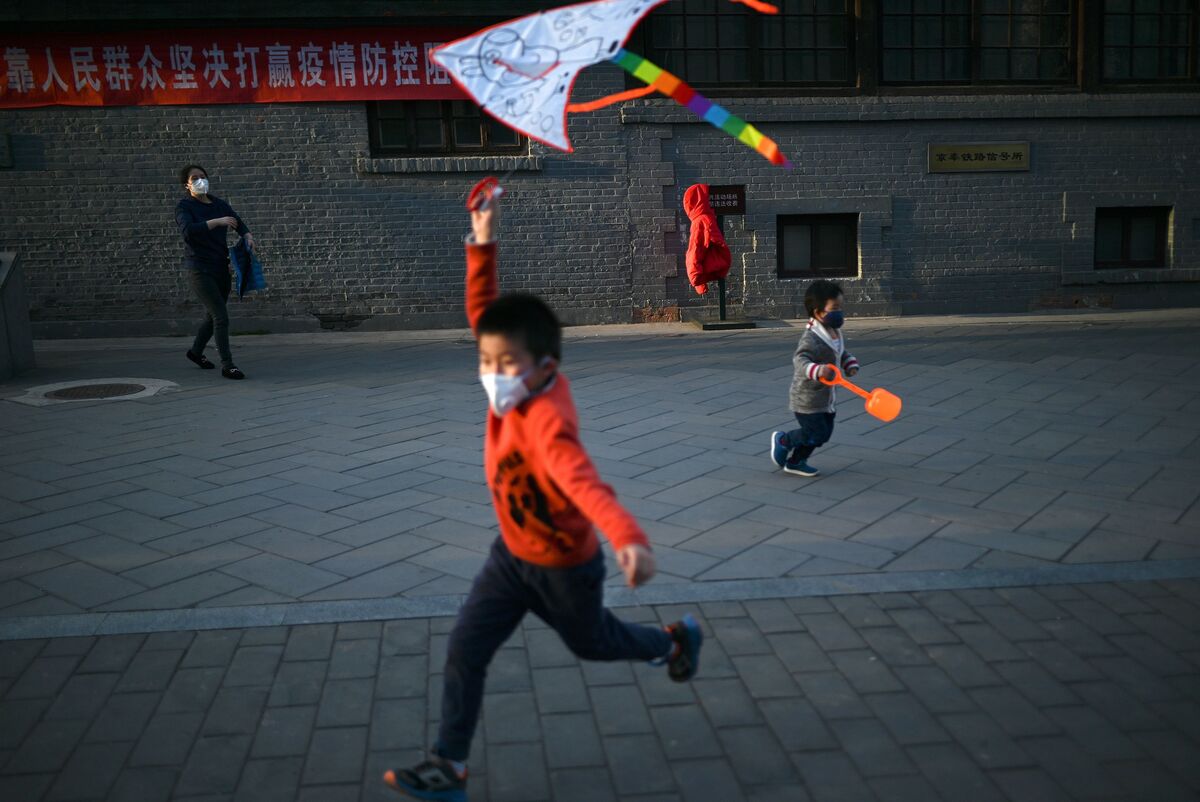 A boy wearing a face mask flies a kite at a park in Beijing. Researchers are studying the response of children to COVID-19.

Why the coronavirus appears to affect children differently than it affects adults is one of the great mysteries of the current pandemic.

And it's a question that Rosalind Eggo, an assistant professor of mathematical modeling from the London School of Hygiene and Tropical Medicine, and her colleagues have tried to answer.

"What we found was that people under 20 were about half as susceptible to infection as people over 20," Eggo says.

So kids and teens appear far less likely than adults to actually get infected with the virus.

"And then we also found that the probability of showing clinical symptoms ... so getting ill enough that you report the infection... that rose from around 20% in 10- to 19-year-olds, up to around 70% in those over 70," she says.

Eggo's research was published this week in the journal Nature. It uses mathematical models to examine coronavirus data from six countries — China, South Korea, Italy, Japan, Singapore and Canada. The results are similar to an April study from the U.S. Centers for Disease Control and Prevention, which found that while kids under age 18 make up 22% of the U.S. population, they've accounted for fewer than 2% of reported cases.

The implications of how SARS-CoV2 plays out in children are huge.

One of the big questions in this pandemic is why countries in Africa haven't been hit harder the disease.

If younger people are less susceptible to the disease, does that mean countries with younger citizens may have less intense outbreaks?

"It's something definitely that needs to be further looked into," says Eggo.

She and her colleagues didn't start out investigating the youth mystery. They originally were looking at COVID-19 relative to how flu pandemics spread. But she says this virus is different. "We haven't seen the same patterns. Looking at the global picture if this was like flu, you would ordinarily expect places with more children to have more intense epidemics."

She says transmission among kids needs to be better understood so officials can make plans for appropriate precautions when reopening schools.

And there are other questions. Should kids be allowed to visit their grandparents? Or is it the middle-aged people who pose a greater risk to the elderly?

Indeed, perhaps the most critical unknown: What role do youngsters have in the spread of COVID-19?

Megan Culler Freeman, a virologist and pediatrician at University of Pittsburgh School of Medicine, says kids are major spreaders of many other respiratory diseases.

"The kids are going to day care, they're going to school, especially the younger ones [who] aren't necessarily as polite with their coughs and sneezes," Freeman says. "So it's really easy for those diseases to spread."

Yet that's not what's been reported so far with COVID-19.

Freeman, who studied coronaviruses for her Ph.D,, says children are clearly susceptible to the other known coronaviruses that circulate each year during cold and flu season. Yet something different is happening with this new one.

"We've had a tremendous number of case numbers throughout both the United States and the world. And really a minority of those have been identified in children," she says. "Somewhere between 2 and 5% of all of the [reported] infections are in children under the age of 18, which is kind of amazing."

There are a couple of hypotheses as to why, Freeman says. One is that kids get a milder form of the disease. If they aren't showing symptoms, they may never get tested. And thus those infections aren't counted.

Freeman adds there's also some research showing that the receptors in human cells that the coronavirus latches on to are less developed in younger people.

But both Eggo and Freeman say it's still unclear exactly why children are less at risk to the virus, why so few cases have been detected in kids and whether that trend will continue.

"It does seem that kids are less affected than adults. But I think their role in community spread is still somewhat untested," she says. Around the world from Abuja to Aruba to Arkansas, schools were shut down in the early stages of the outbreaks. "So we don't know how things are going to change if that variable is back in play."

Some countries have started to reopen schools, but that is mainly in places like Hong Kong and New Zealand, where transmission levels are incredibly low.

If schools reopen in places where transmission levels remain high, it may give a clearer picture, Freeman says, of how much transmission is driven by children.