Accessibility links
Why A Dangerous Mosquito Has A Taste For Human Blood : Goats and Soda Given the choice between an animal and a human, the Aedes aegypti species prefers ... us. A new study explains how that happened. 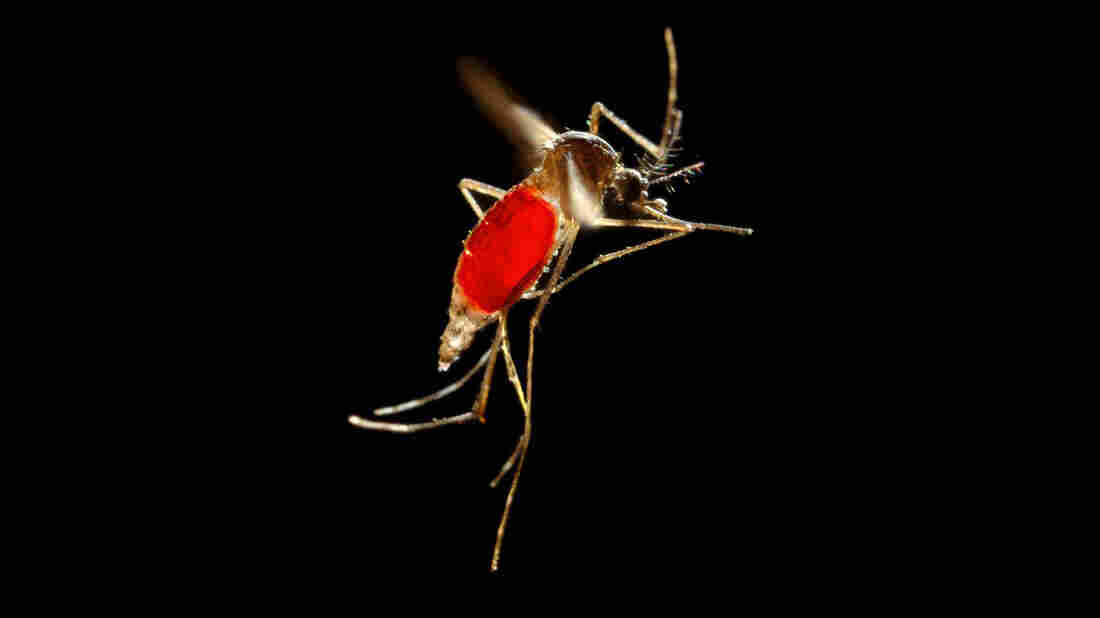 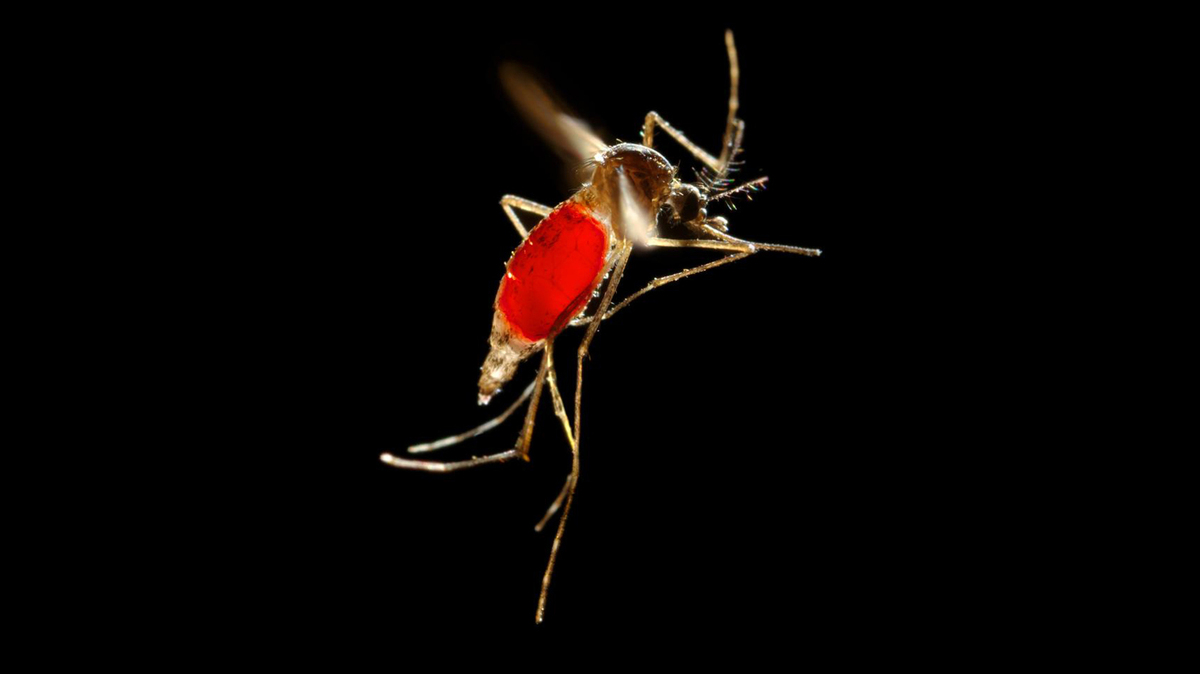 With her blood meal visible through her transparent abdomen, the female Aedes aegypti mosquito takes flight as she leaves her host's skin surface.

A mosquito that transmits dangerous viruses like dengue and Zika seems to have developed a taste for human blood because of the way that people store water — which mosquitoes need for laying eggs — in hot, dry climates.

That's according to a new study in Current Biology that tested the biting preferences of Aedes aegypti populations from 27 locations across sub-Saharan Africa, the ancestral home of this mosquito species.

Aedes aegypti is one of the few mosquito species that really loves to bite humans, says Lindy McBride, a biologist at Princeton University who notes that there are around 3,500 known mosquito species.

"In general, mosquitoes are pretty opportunistic. They're willing to bite most things they come into contact with," McBride says. "But there are these few species that really specialize in biting humans. So that's unusual."

Given a choice, these unusual mosquitoes would rather bite a person than some random animal. This preference has long been known to scientists — but they haven't understood how it evolved. Understanding that is important because of the way these pests can carry disease; approximately 100 million people get sick every year from mosquito-borne pathogens.

Aedes aegypti started out living in African forests and feeding on the blood of animals, McBride explains. At some point in the past 5,000 to 10,000 years, certain populations evolved to go after humans. These human-loving mosquito populations then spread around the world, in part because of slavery.

"It looks like this mosquito migrated from Africa into the Americas in the 1500s or 1600s, during the slave trade," McBride says.

At first she tried studying mosquitoes from both forests and nearby villages in Kenya, thinking that the mosquitoes in the villages would prefer biting humans.

"It turned out that there was no difference between the mosquitoes living in the forests and the adjacent villages," she says. "So we took a step back and we said, 'OK, maybe we need to look at a larger scale.' "

She and her colleague Noah Rose worked with an international team of researchers to gather mosquito eggs across the continent. The eggs came from African forests, villages and cities both large and small.

To attract mosquitoes, the researchers set out black collection cups lined with paper and filled with water. Once mosquitoes laid their eggs in these cups, the paper could be taken out and dried slowly. This sent the eggs into a dormant state.

"You can keep them on the shelf for months," McBride says. "You can stick them in your hand luggage and fly home with them. And they won't hatch until you put them back into water."

In their lab, the researchers hatched the eggs and tested the female mosquitoes, which are the ones that bite, to see if they'd prefer a human arm or a guinea pig.

"We put 50 to 100 female mosquitoes in this big box, and it has two holes on one end," says McBride. "Through one of the holes, guinea pig-scented air is coming into the box." That's because there's a guinea pig in a tube attached to the hole — though there's a screen so it can't be bitten.

Through the other hole, human-scented air is coming into the box, wafting off of an experimenter's arm. "And we look to see whether the mosquitoes fly into one or the other hole," McBride says.

McBride had thought that forest and village mosquitoes would be really different from city ones.

Instead, what really mattered was the climate.

"When we collected mosquitoes in places with really long, hot, dry seasons, they loved humans," she says. "Those were the ones that were really specialized."

And that makes sense, because humans tend to store water. Apparently, any mosquito that was particularly drawn to humans in these hot, dry areas would be more successful at surviving and reproducing and would pass that predilection on.

"The original reason why this mosquito evolved to bite humans was that it depended on humans for water to lay eggs during a long, hot, dry season," says McBride. "I think it's fair to say they're attracted not so much to us but to our water."

Going forward into the future, she says, increasing urbanization in Africa will likely make more mosquito populations develop a desire for people. That's because even though population density had a smaller effect than climate in this study, it did have some impact.

In the past, there's been lots of theories for why certain mosquitoes evolved to target people, says Laura Duvall, who studies mosquitoes at Columbia University but wasn't part of this research team.

"I mean, you can come up with many, many different explanations for this, right? It could be that we're slow compared to wild animals. It could be that our skin is easier to pierce," she says.

Some scientists had suggested that the storage of water might play a role, she says, but what had been missing until now "was a really careful characterization of host preference of all of these different African strains of mosquitoes."

She thinks this is a great study that has implications for improving disease outbreak forecasting.

"There's this unappreciated variability in basically how much these mosquitoes prefer humans," says Duvall. And whether or not a mosquito wants to bite a person has important implications for how likely they are to transmit a disease.

Models of disease transmission currently only consider whether a particular species is present or not, Duvall points out. "And so now the additional, kind of more sophisticated look can be, 'Are there mosquitoes? And are they human-preferring mosquitoes?'"

Another notorious mosquito is Anopheles gambiae, which can transmit malaria and also loves human blood. Their breeding habits are a little different, but Duvall wonders whether the same kinds of pressures drove its love for humans — or if those pests are motivated by something that scientists still don't understand.