Accessibility links
Fruity, Gingery Dawa Drinks Offer Comfort Amid Coronavirus Pandemic In Kenya : Goats and Soda Called dawa and sold by street vendors, the concoctions have become so popular that they've driven up the price of lemons and limes. 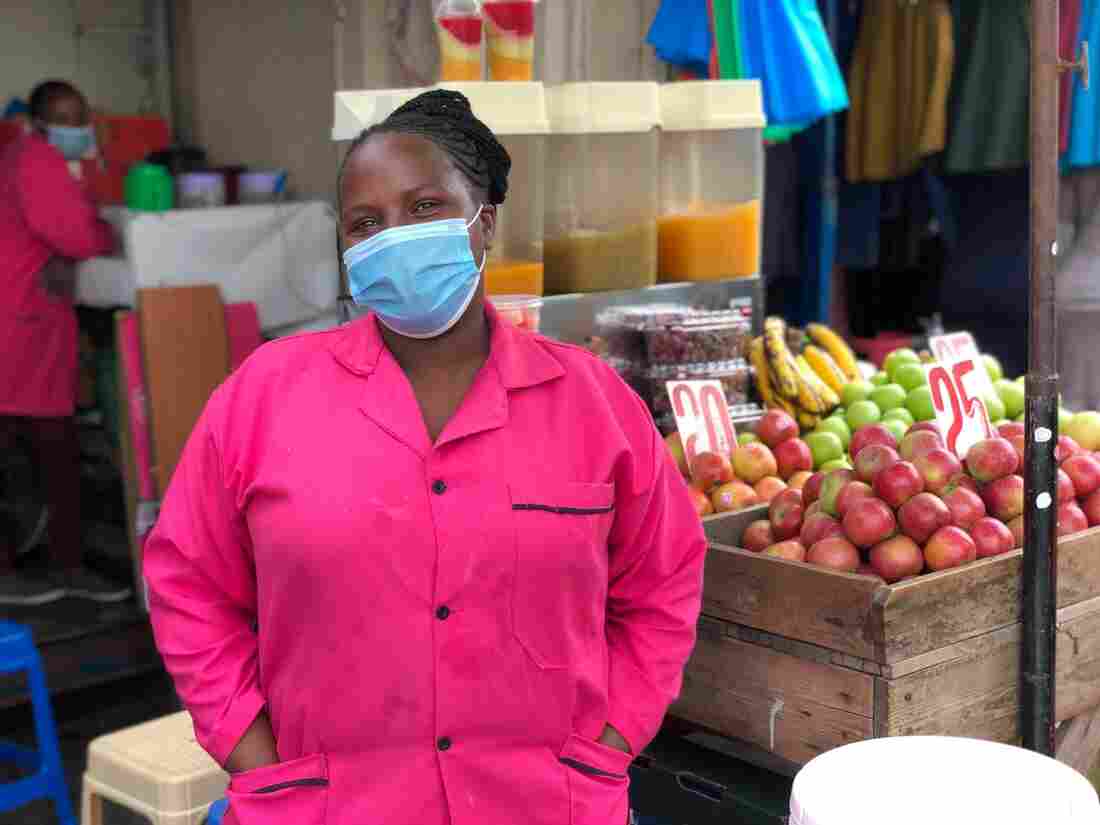 Monica Muthuma has been selling fruits, vegetables and dawa for five years at this stand. Since the pandemic began peaking in Kenya, she says, her ginger-infused drink has taken center stage at her store. Eyder Peralta/ NPR hide caption 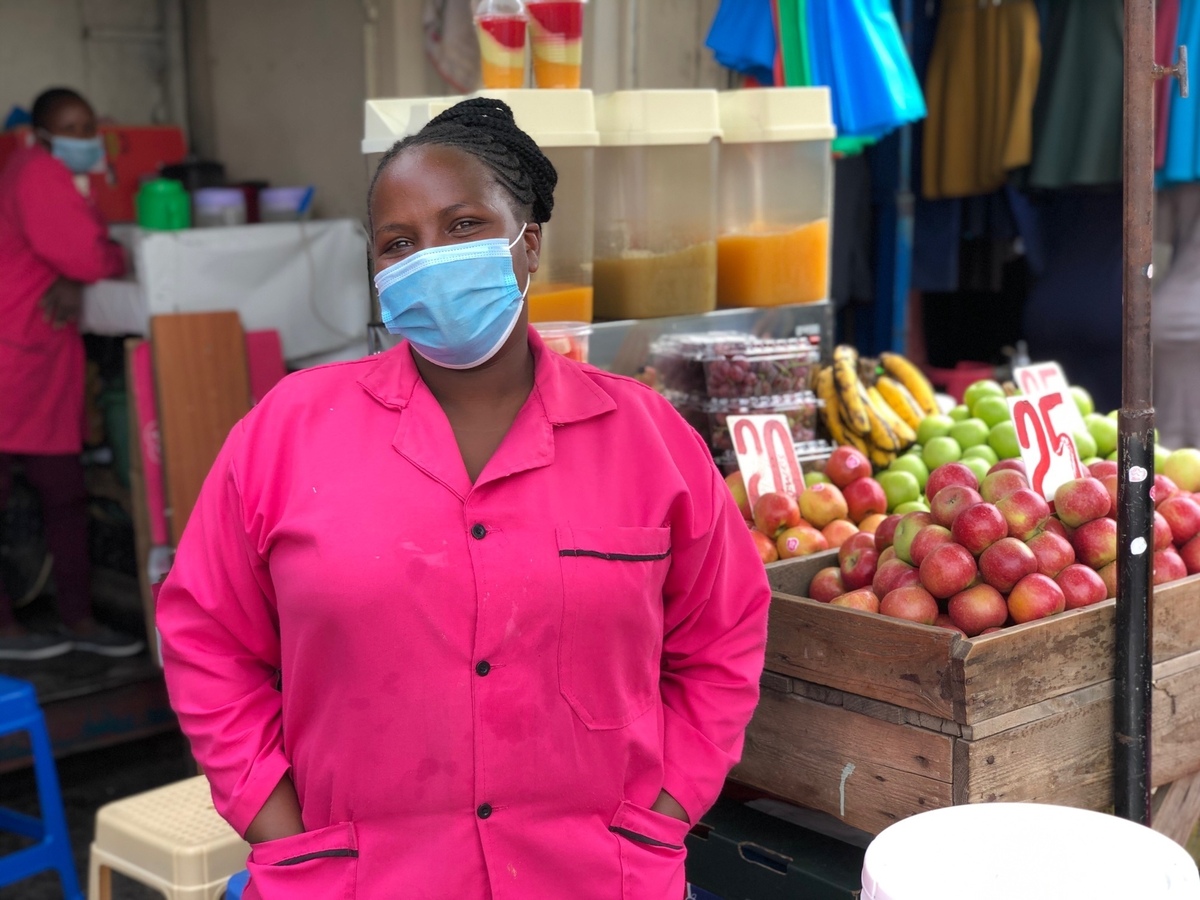 Monica Muthuma has been selling fruits, vegetables and dawa for five years at this stand. Since the pandemic began peaking in Kenya, she says, her ginger-infused drink has taken center stage at her store.

These days, downtown Nairobi feels almost back to normal after Kenya's lockdown lifted in July. People are back on the streets navigating broken sidewalks — and alongside them are thousands of hawkers.

They're selling face masks and hand sanitizer — and dawa — fruit and herbal juices that Kenyans imbibe to treat all kinds of ailments.

Dawa means medicine in Kiswahili. If you've come down with a little cold, you could drink a warm one smothered in honey to soothe your throat. If you're heartbroken or feeling down, a spicy one could do the trick. People even drink dawa to relieve toothaches. It's kind of like the hot cup of tea that we drink here in the States when we are feeling a bit under the weather.

Many Kenyans hope dawa can ward off COVID-19.The drinks have become so popular in the city that the ladies who sell vegetables on the streets now arrange some of the dawa ingredients — lemon, ginger and garlic — in pretty triangles, like a potent trinity that you can take home and juice yourself.

While in the United States, demand for toilet paper, hand sanitizer and masks drove up prices, in Kenya it's the price of limes and lemons that has doubled on the streets because of dawa, according to wholesalers and street vendors.

At the big bus station in downtown Nairobi, there are a handful of stands that sell dawa to commuters.

Vendor Peter Waichire keeps his special drink in a juice fountain, a plastic container that moves the juice around so it won't settle.

"It is made out of sugarcane, ginger, lime, turmeric and mint," he says. He proudly claims he is the only one who uses no water, just sugarcane juice to mix his drink.

He says commuters who'd turn to his drink when they had a cold are now hoping it'll ward off coronavirus.

A few stands down, Monica Muthuma has been selling fruits, vegetables and dawa for five years now. At the beginning of the pandemic when the government shut down the country, she says, things were tough. There were few commuters, so she didn't even make enough for bus fare.

But once Kenyans returned to work and buses started running again in early July, business picked up and her dawa has taken center stage.

"Now it is the most-selling thing here in this shop," she says. 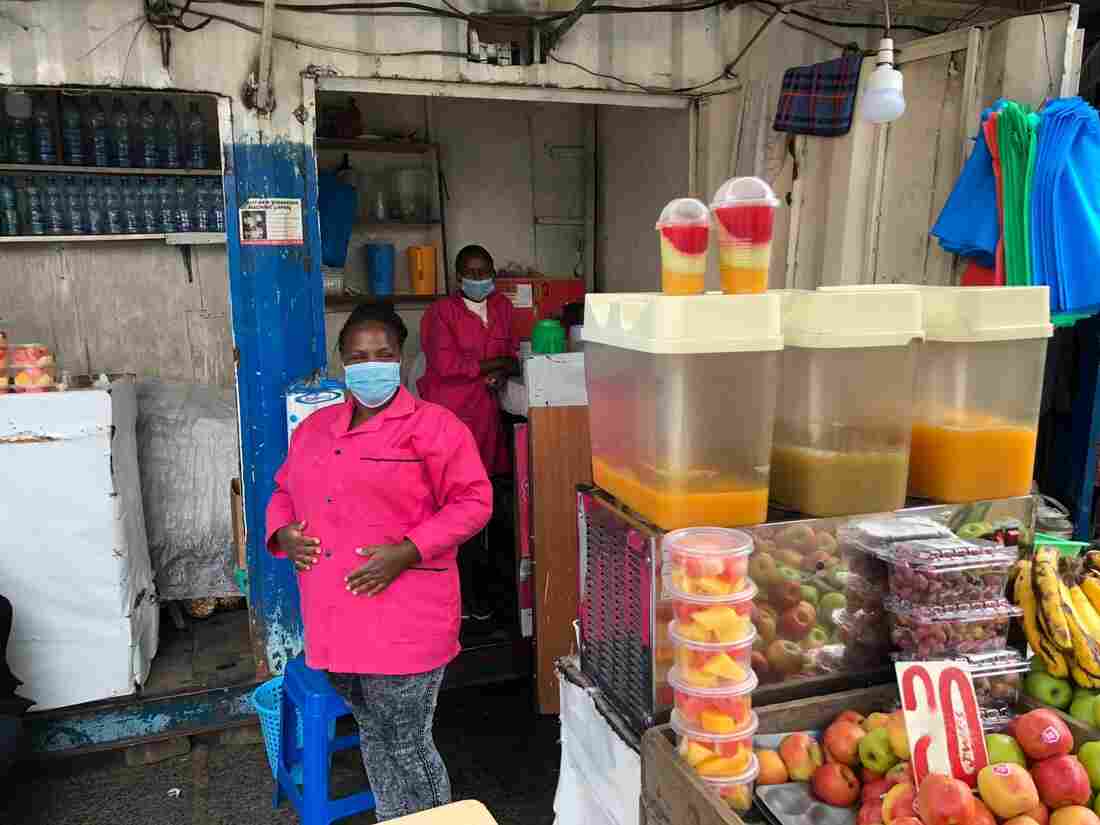 Muthuma stands next to fountains of dawa at her fruit and vegetable stand in Nairobi, Kenya. Eyder Peralta/ NPR hide caption 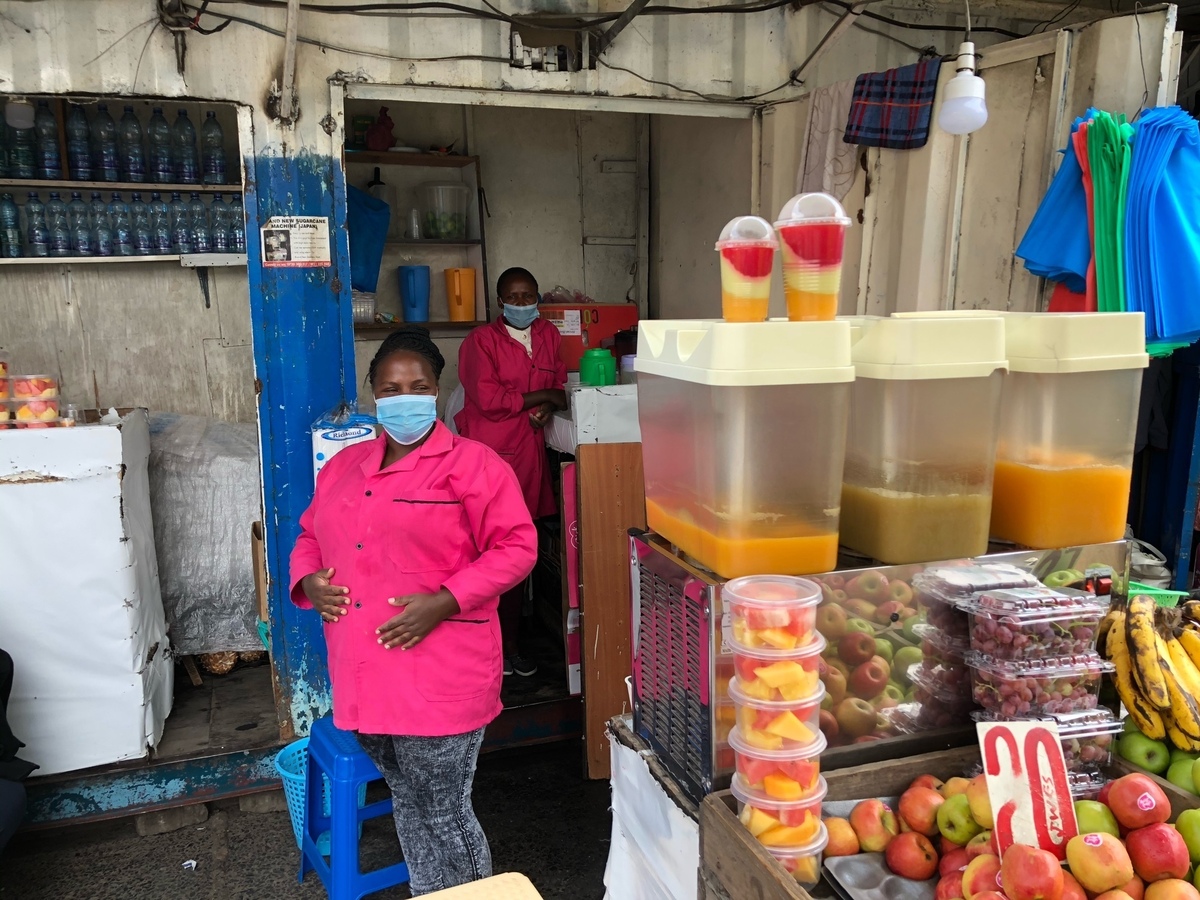 Muthuma stands next to fountains of dawa at her fruit and vegetable stand in Nairobi, Kenya.

Muthuma makes her dawa in a kitchen at the back of her store. She takes out two pitchers. Out of one, she spoons out aloe vera; out of the other, she pours out a ginger mixture.

A few spoonfuls of the ginger makes the dawa a bit spicy. But for COVID-19, she says the drink needs to be fiercer. So, she pours out more ginger, like a bartender who wants a good tip.

"That will make you cry," she jokes.

The drink does burn going down. But does it mean a person won't get the coronavirus, this reporter asks.

Kenya has actually taken the coronavirus pandemic seriously. Almost everyone wears a mask. Buses are running at half capacity. Health officials are quick to bat down false information.

So Muthuma and many Kenyans know dawa doesn't cure COVID-19. But at a time when so much seems out of our control, a dawa has become the perfect comfort.