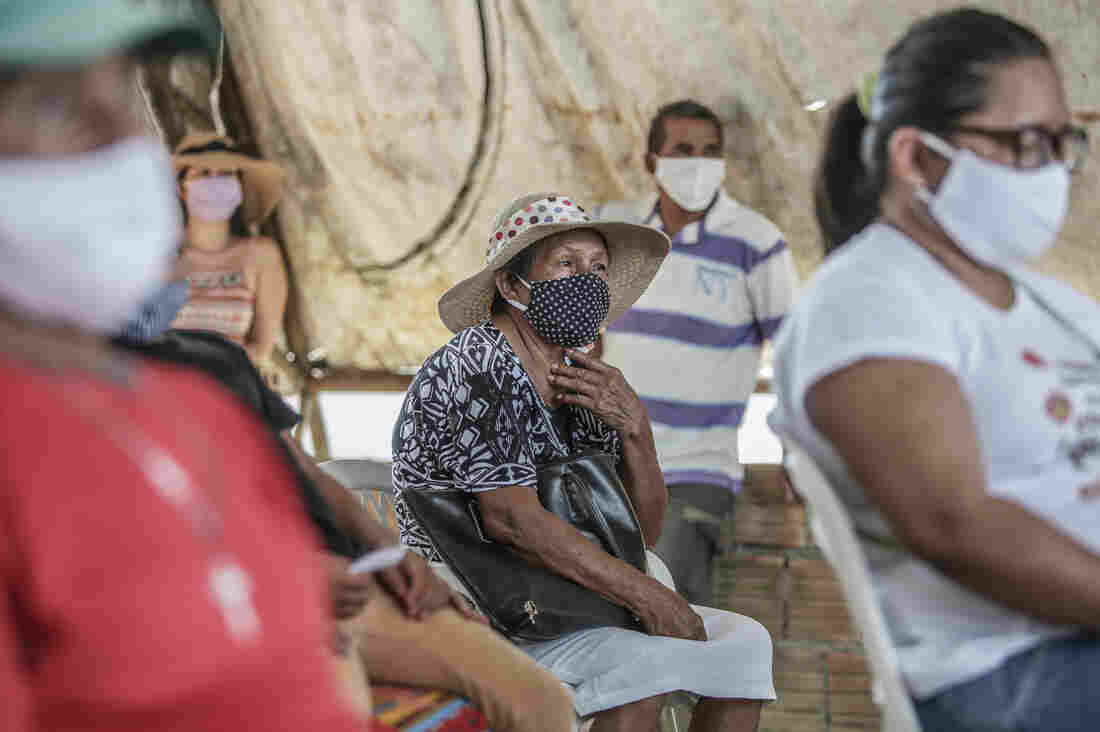 People wait for a flu vaccine in May in Manaus, Brazil. The flu season had a surprisingly low count of influenza cases in the Southern Hemisphere, and researchers are trying to figure out the role coronavirus precautions might have played. Andre Coelho/Getty Images hide caption 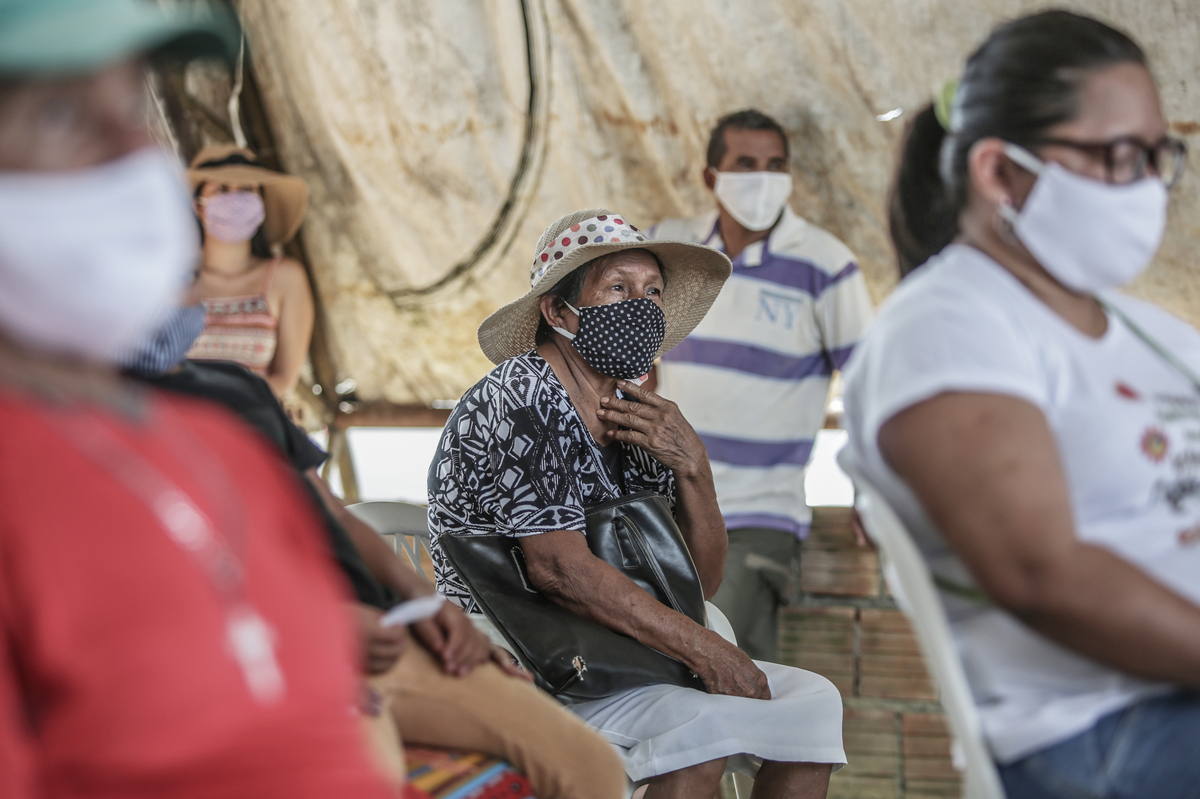 People wait for a flu vaccine in May in Manaus, Brazil. The flu season had a surprisingly low count of influenza cases in the Southern Hemisphere, and researchers are trying to figure out the role coronavirus precautions might have played.

This year's flu season in the Southern Hemisphere was weirdly mild.

A surprisingly small number of people in the Southern Hemisphere have gotten the flu this year, probably because the public health measures put in place to fight COVID-19 have also limited the spread of influenza.

That makes public health experts hopeful that the U. S. and other northern countries might be spared the double whammy of COVID-19 and a bad flu season this winter.

Still, they warn against complacency and say people still need to get vaccinated against the flu.

"Because influenza surprises us. Viruses surprise us," says Kanta Subbarao, director of the World Health Organization's Collaborating Centre for Reference and Research on Influenza in Melbourne, Australia. "We are sort of seeing very little influenza activity in the Southern Hemisphere, but that doesn't allow me to predict that that will be the case for the Northern Hemisphere."

The tropics around the globe's equator can have flu year-round. The temperate zones of the north and south, in contrast, see cases of seasonal influenza rise and peak during the winter.

That means doctors in the Southern Hemisphere typically start seeing flu in May or June. The number of infections there is greatest in July or August. In the Northern Hemisphere, cases start to rise in the fall and peak between December and February.

That's why, as COVID-19 started spreading earlier this year, public health officials in the southern parts of the world worried that their health care systems would soon be overwhelmed. Just when they were expecting to see the normal burden of hospitalizations of seasonal flu, this new respiratory illness could be upon them.

"The countries took it very, very seriously," says Sylvain Aldighieri, the incident manager for COVID-19 with the Pan American Health Organization. "They bought more vaccine, they vaccinated more people during the pre-flu season."

"Now we are well advanced during the flu season in the south, and we have not seen any spike, any upsurge of flu," Aldighieri says.

Flu hasn't totally disappeared, but it's way down. For example, he says, consider 3,391 clinical samples that were taken from patients with an acute respiratory illness during a three-week period in the middle of winter in Chile. "Zero were positive for influenza," Aldighieri says, explaining that he'd normally expect to see hundreds test positive for flu.

Chile isn't alone. Other countries are having a similar experience. "Based on what we've seen in the Southern Hemisphere, and I would say this is true of all through the Southern Hemisphere — South America, Africa, Australia, New Zealand, all across this region — there's been very little influenza activity," Subbarao says.

No one can say for sure what's responsible for this unusual flu season, but it seems likely that all the changes in people's movements and behaviors, because of COVID-19, must have played a major role.

"The restriction on travel is a big, big element," says Subbarao, who notes that the mask-wearing, hand-washing and social distancing would also be expected to prevent flu transmission.

Flu researchers say that watching this all play out on the global scale is absolutely fascinating from a scientific point of view, but that no one can rest easy when it comes to influenza, especially in these days of the COVID-19 pandemic.

"We don't know why this is happening. It's a good thing; we're going to assume it's all of the control measures, but we don't need a major flu epidemic on top of this," says Stacey Schultz-Cherry, a flu researcher at St. Jude Children's Research Hospital in Memphis, Tenn. "This is one of those years that it is more important than ever to get your flu vaccine."

Scientists usually decide what will go into next year's flu vaccine by studying the strains that are currently circulating and using that data to make predictions. Even though flu cases are oddly low so far, they'll still be able to do that, Schultz-Cherry says.

"I think if it had disappeared completely, we'd be in a very different ballgame. But it hasn't — there's still flu out there," she says, emphasizing that this is exactly why people need to stay vigilant and get vaccinated.

Already in the U. S., more than 175,000 people have died of COVID-19. The Centers for Disease Control and Prevention says that in a typical flu season, tens of thousands of people in this country die of influenza.