Accessibility links
'America's Got Talent' Winners From Mumbai Face Tough Times Due To Pandemic : Goats and Soda In February, the group of young, acrobatic dancers took the top prize. But the pandemic has put their dreams on hold — and had a disastrous impact on family life. 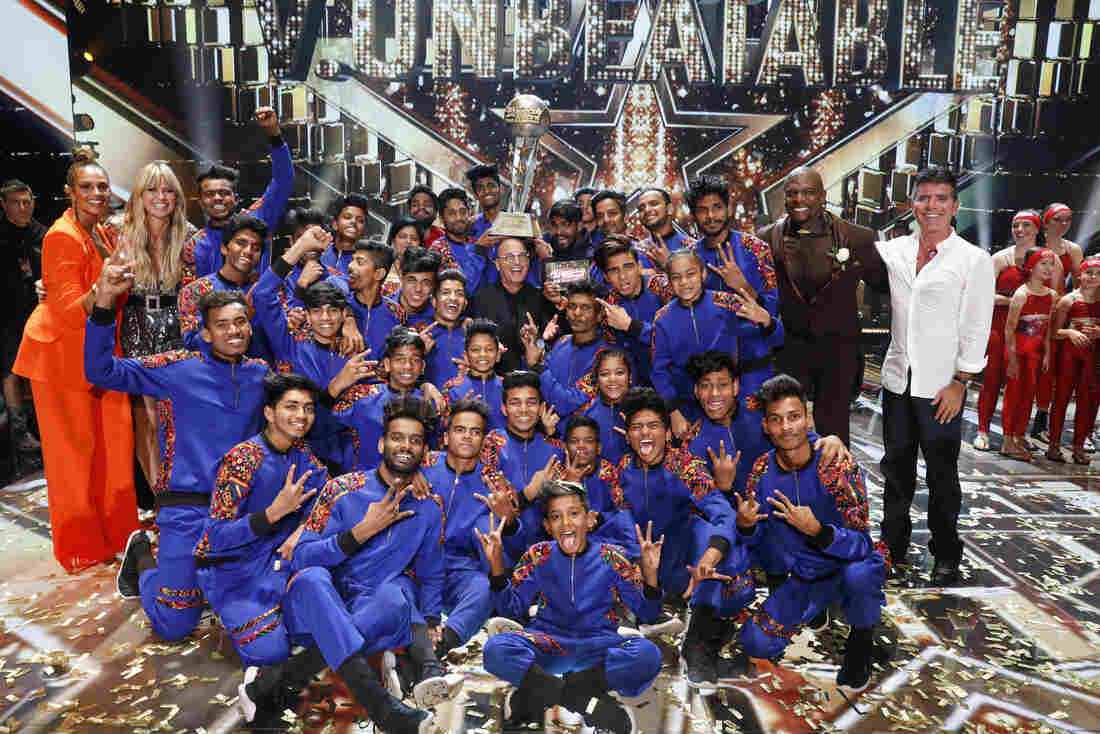 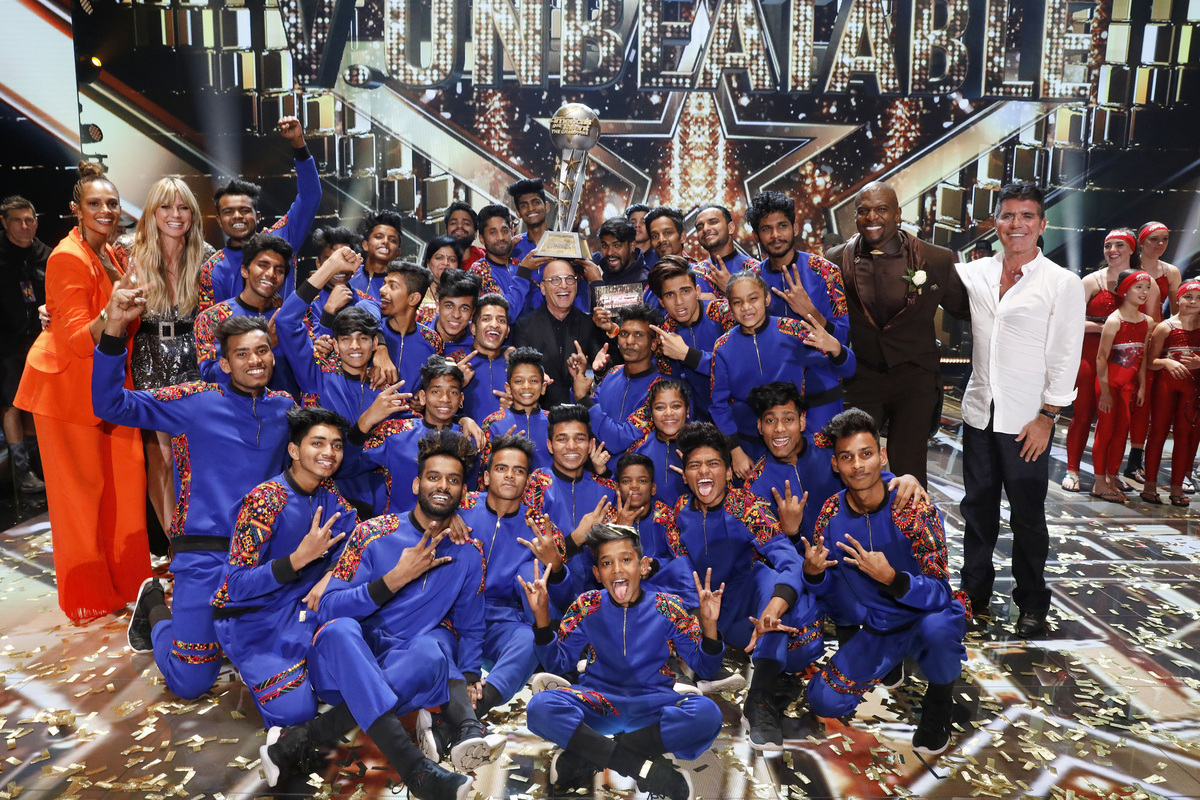 V Unbeatable, the dance troup from Mumbia that won the top prize on America's Got Talent: The Champions this year, are pictured with (left to right) Alesha Dixon, Heidi Klum, Howie Mandel, Terry Crews and Simon Cowell.

V Unbeatable is a Mumbai-based acrobatic dance troupe whose members range in age from 12 to 28 and come from the city's slums. NPR wrote about them after they won America's Got Talent: The Champions this February. They'd hoped the win would help improve the financial situation of their families and open doors to new opportunities. But the pandemic was declared just weeks after their triumphant return home. So what are they doing now?

The dancers were basking in the glory of their spectacular victory when India went under a strict coronavirus lockdown in late March. Daily rehearsals — where all two dozen would gather to practice acrobatic moves together — were suspended. The shows where they were scheduled to perform were canceled, so their source of income dried up. They couldn't even celebrate properly, says the group's 28-year-old choreographer Swapnil Bhoir.

India is recording around 80,000 fresh COVID-19 infections daily — the highest single-day tally in the world. Its total caseload of about 4 million cases is the third highest in the world behind the U.S. and Brazil.

Mumbai, India's financial capital and the dancers' hometown, has been hit particularly hard. The virus spread quickly through the city's slums, where physical distancing is next to impossible and sanitation is scarce. Mumbai has reported nearly 150,000 confirmed COVID-19 cases and more than 7000 deaths as of 2 September.

Most of the dancers and their families have been confined to their cramped, mostly one-room homes in the slums of northern Mumbai. No one from the team has tested positive yet, says Bhoir.

The nationwide lockdown has now been partially eased but large gatherings are still banned and the dancers are not able to practice the human pyramids and group gymnastics that had wowed fans around the world. Suburban trains in Mumbai are also only running for essential workers so the dancers can't travel for rehearsals.

Bhoir has spent the last few months fielding anxious calls from his younger teammates. "They keep asking me, when will things go back to normal? When can we start dancing again?" says Bhoir.

To keep them engaged, Bhoir and other senior members of the team have been giving the dancers weekly quizzes about the history of hip-hop. Some of them have been making and uploading short dance videos on social media. It keeps them busy, says Bhoir, and hopefully away from negative thoughts.

Wicked-future ...... This was my third video guys please show some your love and support. . . . Choreography by :- @dukiofficial_ @r3doneofficial Performer :- me . . . #hiphop #choreography #future #followforfollowback #likeforlikes #goviral

Meanwhile, there's plenty of reason for the dancers to worry. When India went under lockdown and shut down its economy, tens of millions of people lost their jobs. Poor day laborers — including many of the dancers' parents — were hit the hardest.

"My father is a tailor and my mother sells snacks outside the railway station but because of the lockdown both of them have lost their jobs," 17-year-old dancer Nikhil Patlekar says in a video posted by the group in May. "My family's situation is very bad."

"My nights are sleepless, I cry. I'm scared that all our hard work over the years might go down the drain," the group's 28-year-old co-founder Om Prakash Chauhan says in the video.

One of the dancers, 18-year-old Suraj Soni, is selling vegetables on the streets of Mumbai to make ends meet. Others have moved back to their villages with their families.

"Even after becoming an international artist, there's been no progress. It's back to square one," laments Bhoir.

V Unbeatable is no stranger to adversity. In 2015, one of their co-founders, Vikas Gupta, suffered a fatal accident while practicing a stunt. The dancers were devastated but refused to give up. They pay homage to Gupta whenever they perform. Their costumes have "Vikas" written on the back.

"You may win or achieve something great but that doesn't mean your life is set," says Bhoir. "Sometimes you have to start from zero again, and we're prepared to do that."