Accessibility links
Visitors To Wuhan Reflect On Months Stuck In Pandemic Lockdown : Goats and Soda An epidemiologist and a grad school graduate who'd gone to see family reflect on how tough it was to be cut off — and what they learned from their months-long quarantine.

Whatever Happened To ... 2 Of The Visitors Who Got Stuck In Wuhan During The Pandemic

Whatever Happened To ... 2 Of The Visitors Who Got Stuck In Wuhan During The Pandemic 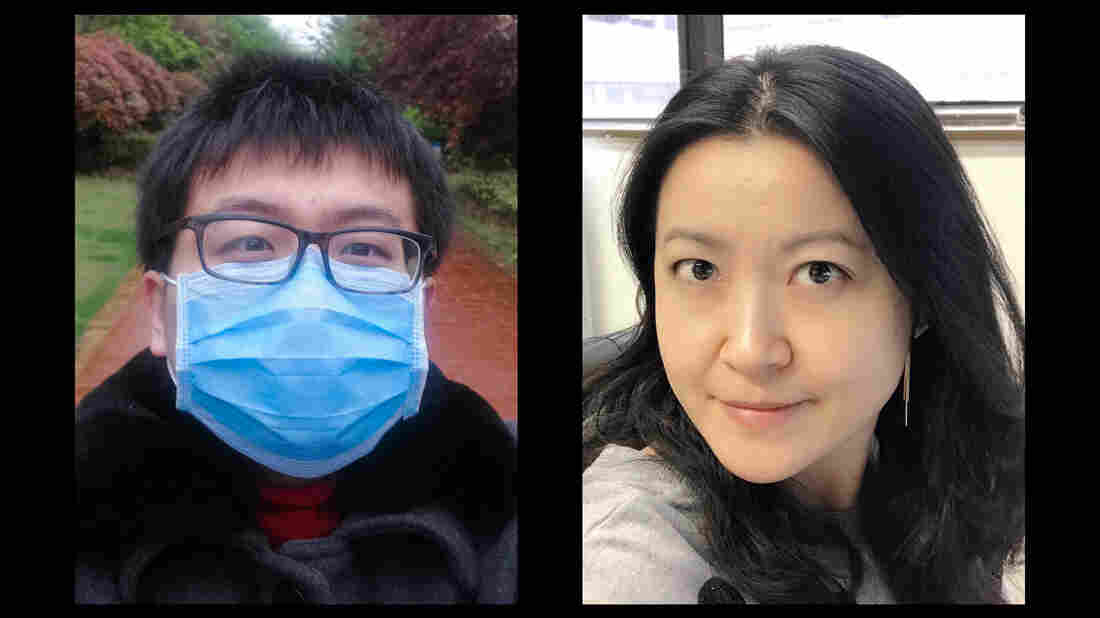 Left: Xi Lu traveled to Wuhan from London in January to spend Lunar New Year with his parents, having not shared the holiday with them in over 7 years. Lin Yang, an epidemiologist at Hong Kong Polytechnic University, traveled to Wuhan to visit her parents for the Lunar New Year. And then ... they couldn't get back home because of the quarantine. Xi Lu/ Lin Yang hide caption 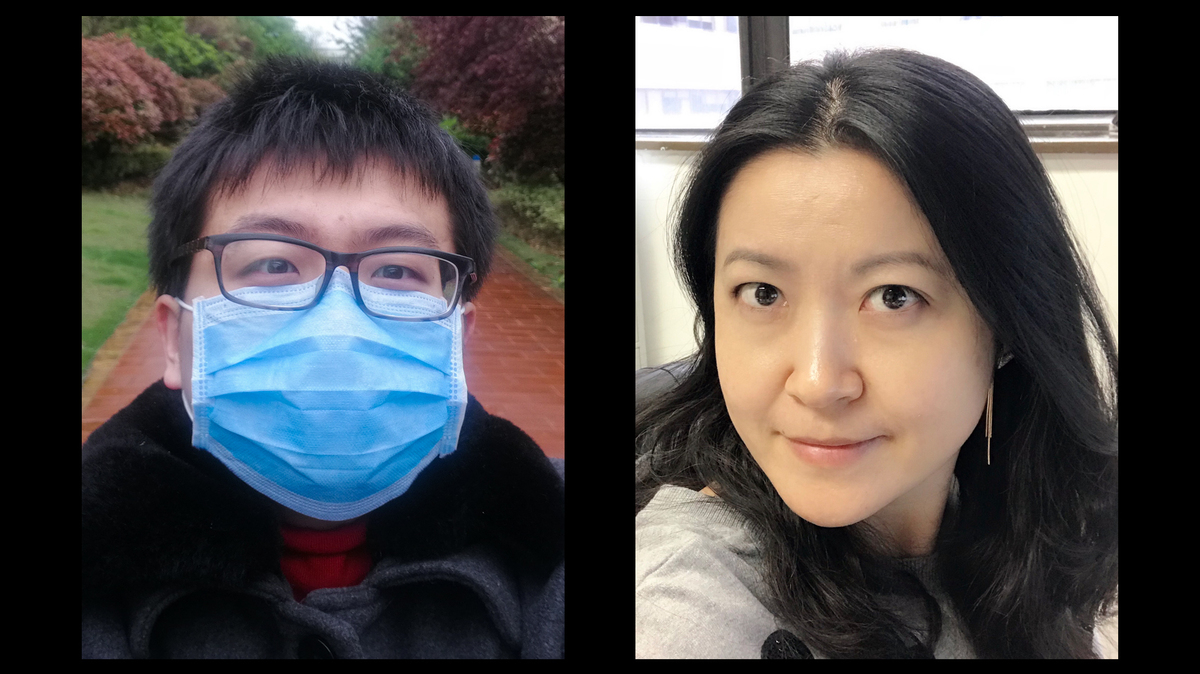 Left: Xi Lu traveled to Wuhan from London in January to spend Lunar New Year with his parents, having not shared the holiday with them in over 7 years. Lin Yang, an epidemiologist at Hong Kong Polytechnic University, traveled to Wuhan to visit her parents for the Lunar New Year. And then ... they couldn't get back home because of the quarantine.

In March, NPR reported on the tolls of life under quarantine in Wuhan, then the epicenter for COVID-19. We spoke to two visitors who'd returned to their hometown of Wuhan to ring in the Lunar New Year with their families — then couldn't leave for months: epidemiologist Lin Yang, now back in her home in Hong Kong, and Xi Lu, who's returned to London.

Back in mid-March, when the rest of the world was beginning to come to terms with a newly declared pandemic, Lin Yang and her family had already been quarantining for months. In January, Yang, an epidemiologist at Hong Kong Polytechnic University, had traveled to Wuhan with her husband and two children to visit her parents for the Lunar New Year — and found themselves stuck inside in a forced lockdown with no clear end date.

"We stayed there for 79 days," Yang recounts. For long stretches, people were not allowed to leave their homes without permission. Yang poured her energy into working remotely. She taught classes online and crunched incoming COVID-19 data on healthcare worker infections and high risk populations. Since January, Yang has submitted or published more than 30 coronavirus-related research papers. "I didn't have anything to do but write," she says.

Xi Lu also traveled to Wuhan in late January to spend the Lunar New Year with his parents. He had recently completed his Ph.D. in London, and hadn't spent the family holiday with his parents in more than seven years. He came alone — his wife stayed in the U.K. — and expected to stay three weeks. Three weeks turned into 141 days.

Those first weeks in lockdown were horrifying, Xi remembers. There was confusion and uncertainty around the virus that was causing people to fall sick and die. People in the city felt scared, trapped and alone, he says. Eventually, outside medical help and supplies came in from the government and charities, and scientists pieced together a clearer picture of how the virus does and does not transmit.

Xi started a Facebook group called Quarantine Wuhan where he posted dispatches and answered questions about life under lockdown and shared tips on staying sane as other countries began issuing stay-at-home orders. He counseled people to sleep and exercise, and posted videos of "birds, SINGING!" outside his window.

After the quarantine ended in April, he lingered in Wuhan, spending time with his parents, checking in on his wife's family, who also lived in the city, and figuring out next steps with his career. He chronicled his visits to the zoo and getting tested for coronavirus.

When it was clear to him that his parents would be safe in Wuhan, he made the choice to return to the U.K. He was worried about his wife. And he got a new job there as an infectious disease researcher. When he arrived, the country had the second highest number of confirmed coronavirus deaths globally after the U.S. — and was in the midst of lifting a nationwide lockdown. For Xi, it felt like he was charging into the pandemic a second time — and again, for family.

Xi says living through the Wuhan quarantine helped him clarify his priorities. "It made me aware that I wanted to focus on the people I really care about," he says.

Since he left, Xi says his parents worry about him all the time, even though "I keep telling them that I'm basically working from home the whole day." He misses them, but his new job and house-hunting keep him busy. "Life has to move on," he says.

Yang and her family were able to return to Hong Kong on a flight in early April, just as the Wuhan quarantine ended. "My parents were relieved when we left," she says. "They were so worried about us, and [if lockdown measures were reimposed] they didn't want us to be trapped there again."

Now the situation is reversed. "It's like they're back to normal life again," she says of her parents, who are free to travel around China — "to go anywhere they want to go." But Hong Kongers still face restrictions. They are strongly encouraged to stay at home. Yang works remotely in her cramped flat.

Still, Yang is happy to be home. Hong Kong's social distancing rules are strict, but not as strict as Wuhan's at the peak of the outbreak. "You can still feel free to go out when you feel the risk is low," she says. It's a contrast from the lockdown in Wuhan, when residents were barred from taking outdoor walks without government permission. "That was more stressful."

She appreciates that surviving the surreal experience brought the family closer together.

But her children, ages 10 and 12, have told her that they will never, ever go to Wuhan again. "I hope someday they forget about this," she says, but right now the memories are fresh: "It was just too much for the kids."