Accessibility links
Follow-Up: Are There Any Patients In Instant Hospitals Wuhan Built For COVID-19? : Goats and Soda Two hospitals were built in a matter of days to house the growing number of patients. Existing facilities were converted to health care centers as well. And now, what happened to them? 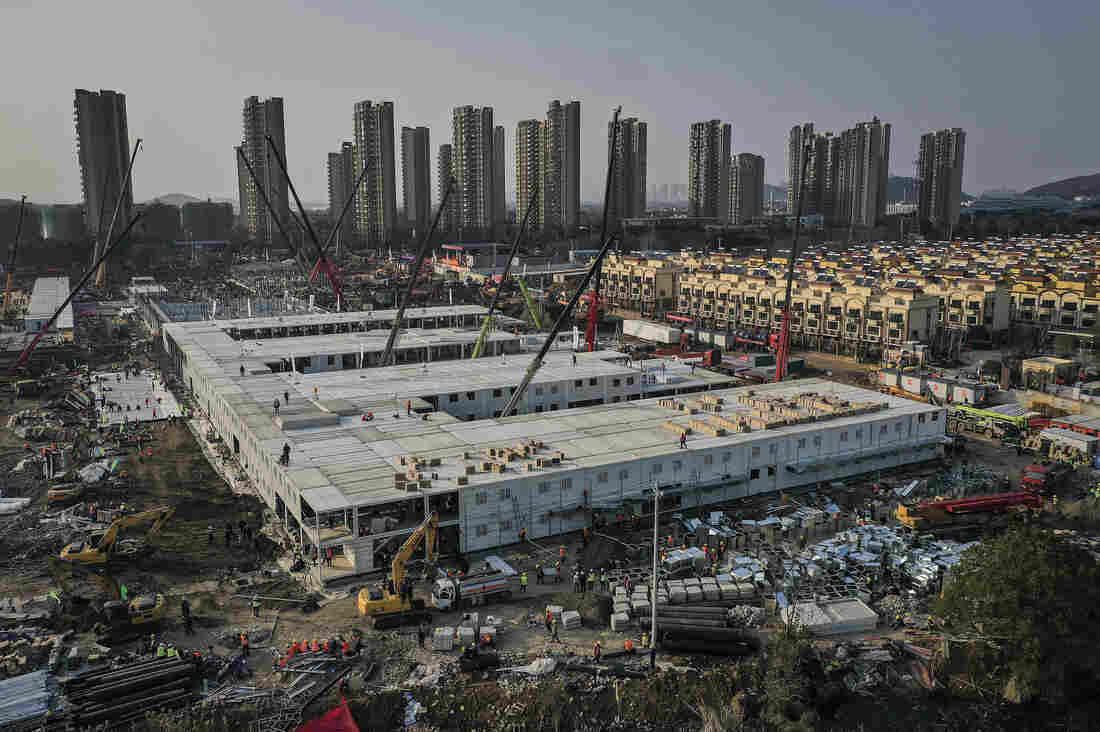 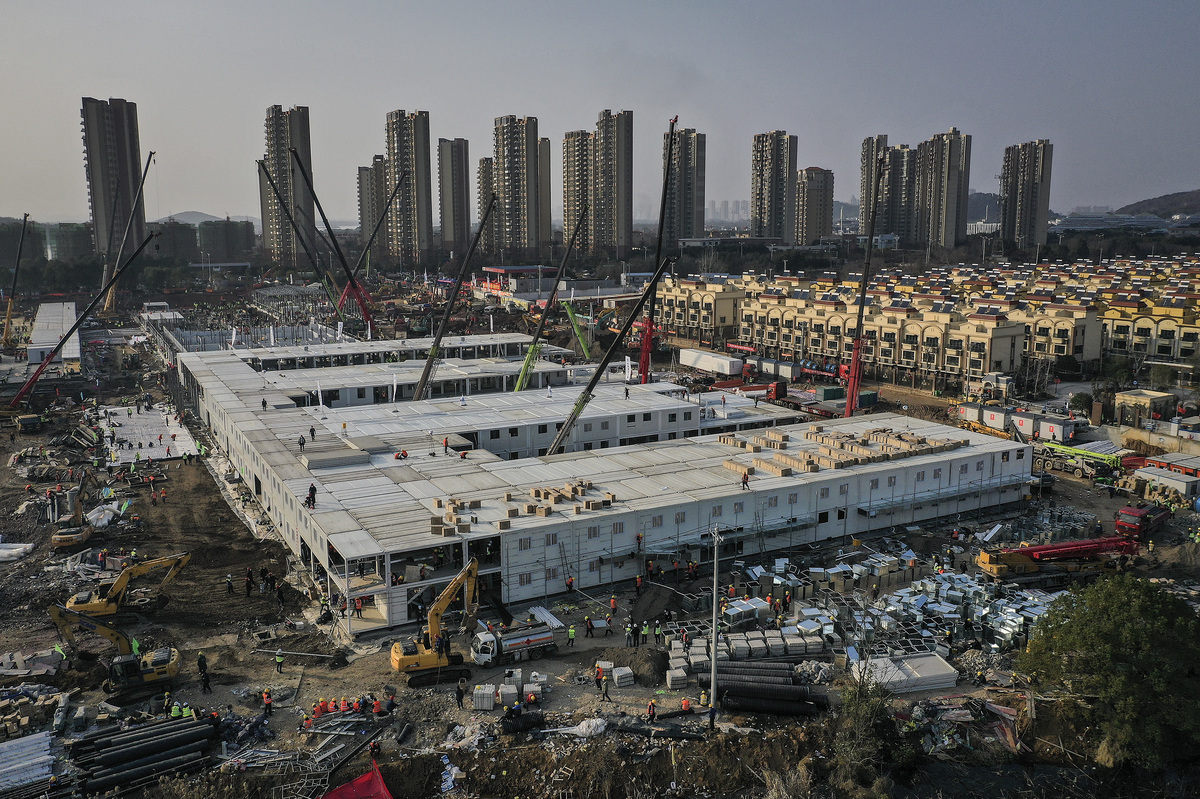 On Jan. 23, workers started building the Huoshenshan hospital for COVID-19 patients in Wuhan, China. The photo above was taken on Jan. 30. Construction was done on Feb. 2, and the 1,000-bed hospital opened on Feb. 3. Today it stands empty of patients.

In February, China pulled off an impressive construction feat that caught the world's attention: Amid surging cases of COVID-19, China built two hospitals in the pandemic's epicenter, Wuhan, in under two weeks to isolate and treat COVID-19 patients. Consisting largely of prefabricated rooms and components, the two-story structures were dubbed "instant hospitals." NPR reported on the facilities just as the first one opened. But now the virus is under control in Wuhan, and life has more or less returned to normal. So, what happened to these "instant hospitals?"

The 1,000-bed Huoshenshan Hospital (meaning Fire God Mountain) opened its doors on Feb. 3. Five days later, its sister hospital, Leishenshan (meaning Thunder God Mountain), opened with another 1,500 beds. Although some reports indicate Leishenshan was slower to fill up than Huoshenshan, according to Chinese state media, it was soon operating at near full capacity as well.

"Most news that came out about [these hospitals] was state-run news by China, so there's little information on how effective they actually were, because there's a propensity to publicize only the better side of the news," says Raymond Pan, the design principal at HMC Architects. In 2011, Pan won an award for his design of Shunde Hospital of Southern Medical University in China, located where the first outbreak of SARS happened in 2003. At the request of Chinese health officials, his design allows the hospital to easily isolate any part of the hospital in the event of an infectious disease outbreak.

Huoshenshan and Leishenshan were among 40 hospitals in Wuhan designated for serious and critical care for COVID-19 patients. Sixteen other makeshift hospitals were set up in converted gyms, convention and exhibition centers to isolate and treat mild cases, so those patients would not infect their families. 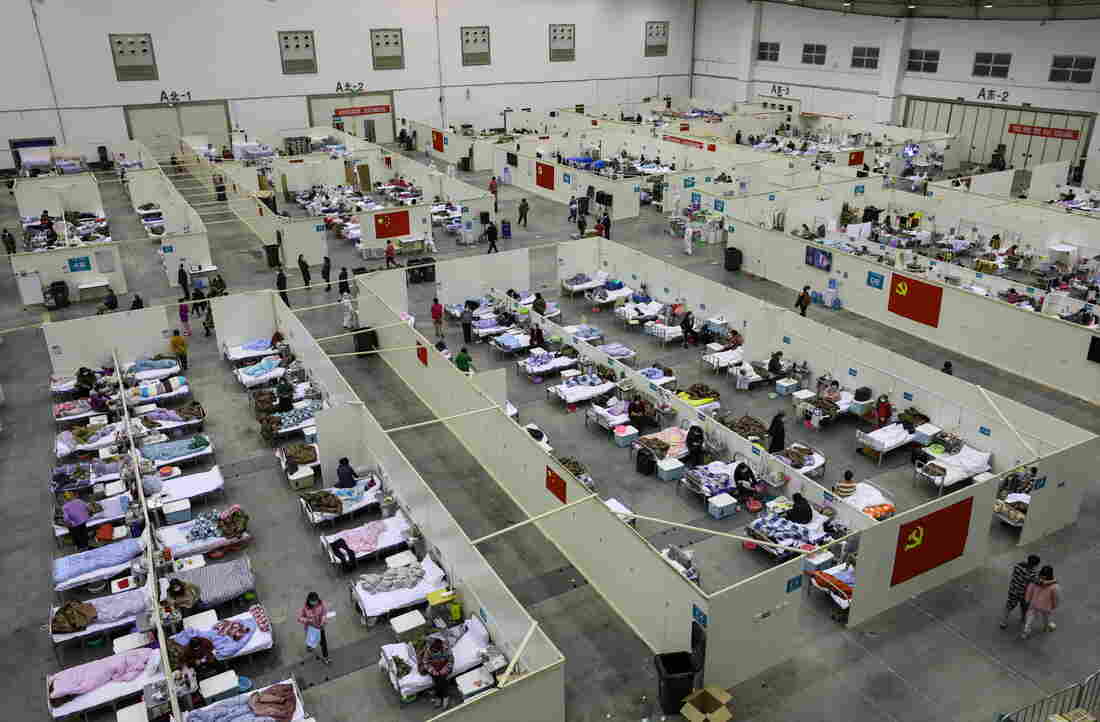 A temporary hospital set up in an exhibition center in Wuhan, China, on Feb. 18. The hospital, one of the dozen of its kind in Wuhan, hosts COVID-19 patients with mild symptoms. Barcroft Media via Getty Images hide caption 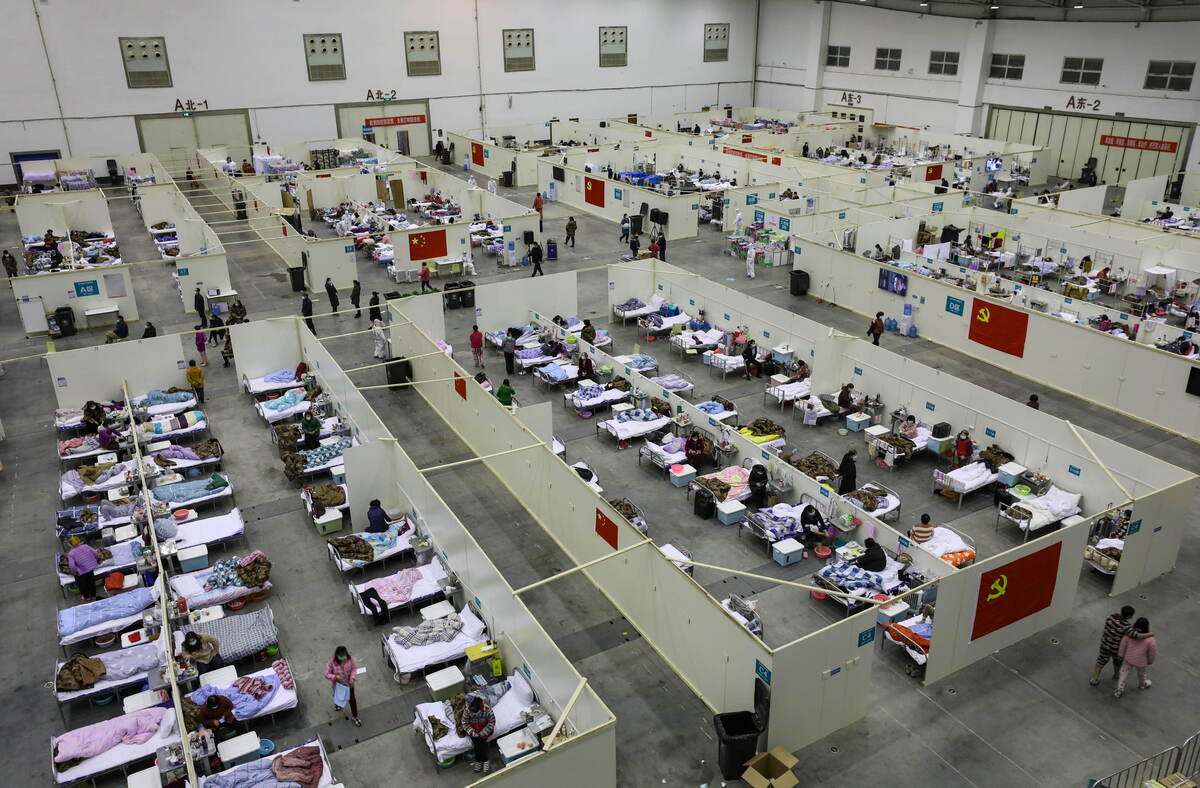 A temporary hospital set up in an exhibition center in Wuhan, China, on Feb. 18. The hospital, one of the dozen of its kind in Wuhan, hosts COVID-19 patients with mild symptoms.

The vigorous efforts seem to have worked, because just a month later, on March 10, Chinese President Xi Jinping declared that the disease had been "basically curbed" in Wuhan and its province, Hubei. That day, the 16 makeshift hospitals were all shut down.

Huoshenshan and Leishenshan continued operating for another month, after which they sent their final batch of patients to regular hospitals and were officially sealed off and "retired" on April 15. According to state media, Leishenshan ended up treating a total of 2,011 patients over the two months it was operational. Government officials say there are no plans to demolish the hospitals yet, and they can be "reactivated at any time" if a second wave of infections hits.

"Although the health workers [in these two field hospitals] have returned to their workplaces, the equipment and facilities are still there so that if needed, the workers can be mobilized again and the hospital can be reopened," says Yanzhong Huang, a senior fellow for global health at the Council on Foreign Relations.

What happens after the pandemic is still unclear, but if the hospitals' predecessor is any indication, not much.

During the 2003 SARS outbreak, China built Xiaotangshan Hospital on the outskirts of Beijing in just seven days out of prefabricated components. That hospital is what inspired the "instant hospitals" in Wuhan.

According to Huang and state media, Xiaotangshan — like the two in Wuhan — was never meant to be a fully functioning hospital. Rather, it was built as a temporary field hospital that wasn't supposed to last more than three years. During the outbreak, it admitted one-seventh of the country's SARS patients over roughly two months — an estimated 700 individuals. And then, it sat abandoned.

In 2010, the government announced that the facility would be demolished, but apparently, it wasn't "completely demolished," because in January 2020, renovations began to revitalize Xiaotangshan for COVID-19 patients. Again, its service period didn't last long — only one and a half months. By April 29, the hospital was once again closed.

"If there was any negative impact [of the abandoned hospital sitting there for 17 years], it wasn't publicized," says Pan, but he has concerns. "Once a building deteriorates, there are environmental concerns," he says, such as pollution as pieces of the building fall apart or possible medical waste that can contaminate drinking, surface and ground waters if the building isn't properly cleaned and sanitized.

Huang says there were no reports of any medical waste leakage or health hazards while the SARS hospital sat abandoned. "To my knowledge, they have also sterilized [Huoshenshan and Leishenshan] to make sure there's no [medical waste] leakage, so I guess I have to trust their capability to not make this another health hazard," he says.

From an urban planning perspective, too, Pan says the hospitals occupy strategic locations within Wuhan, so if the hospitals are abandoned, it'll be a missed opportunity to do something valuable with the sites. If the buildings aren't demolished, he'd like to see them converted into other uses — perhaps a rehab facility or even a museum. "But the obstacle is: How well was it built to be able to withstand longer-term use and conversion?" says Pan.

Many have also asked whether the "instant hospital" model can be adopted by other countries to fight the pandemic. Although prefabricated hospitals are gaining popularity, Pan says no one besides China has the resources or cost-effective labor to follow suit. It would be "prohibitively expensive" for any other country, he says.

"These [makeshift hospitals] were very effective in treating patients [in China], especially mild cases," says Huang. "They prevented infections that would have happened if those patients had been sent home to crowded living situations." 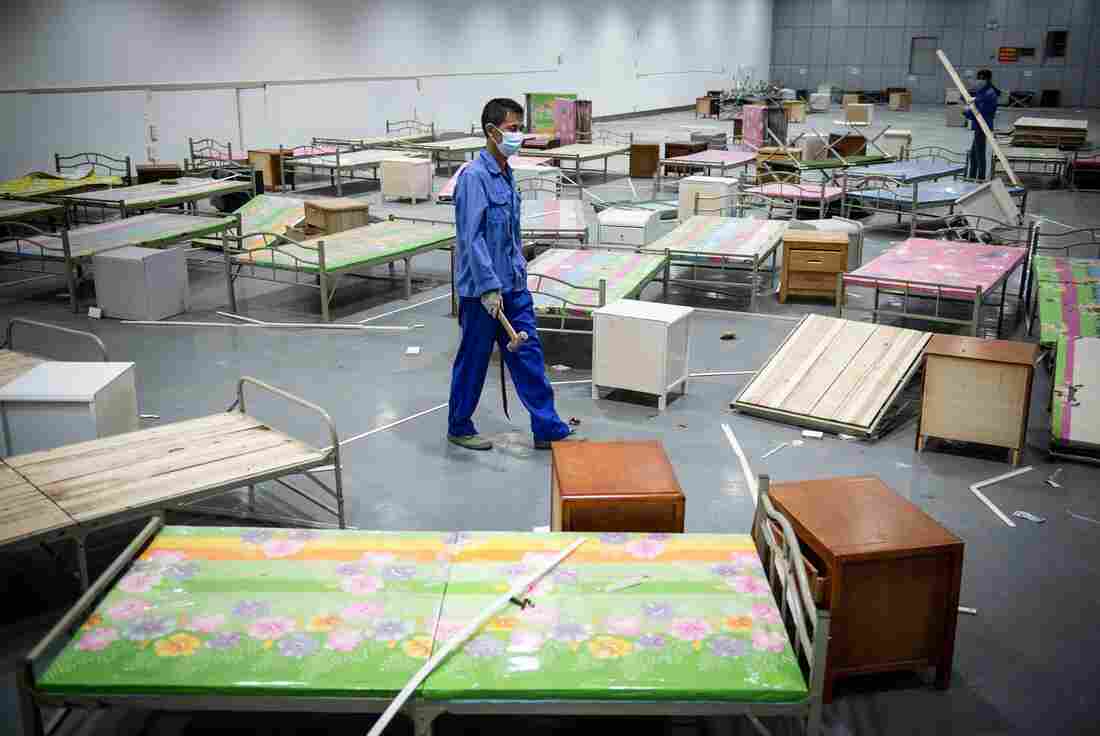 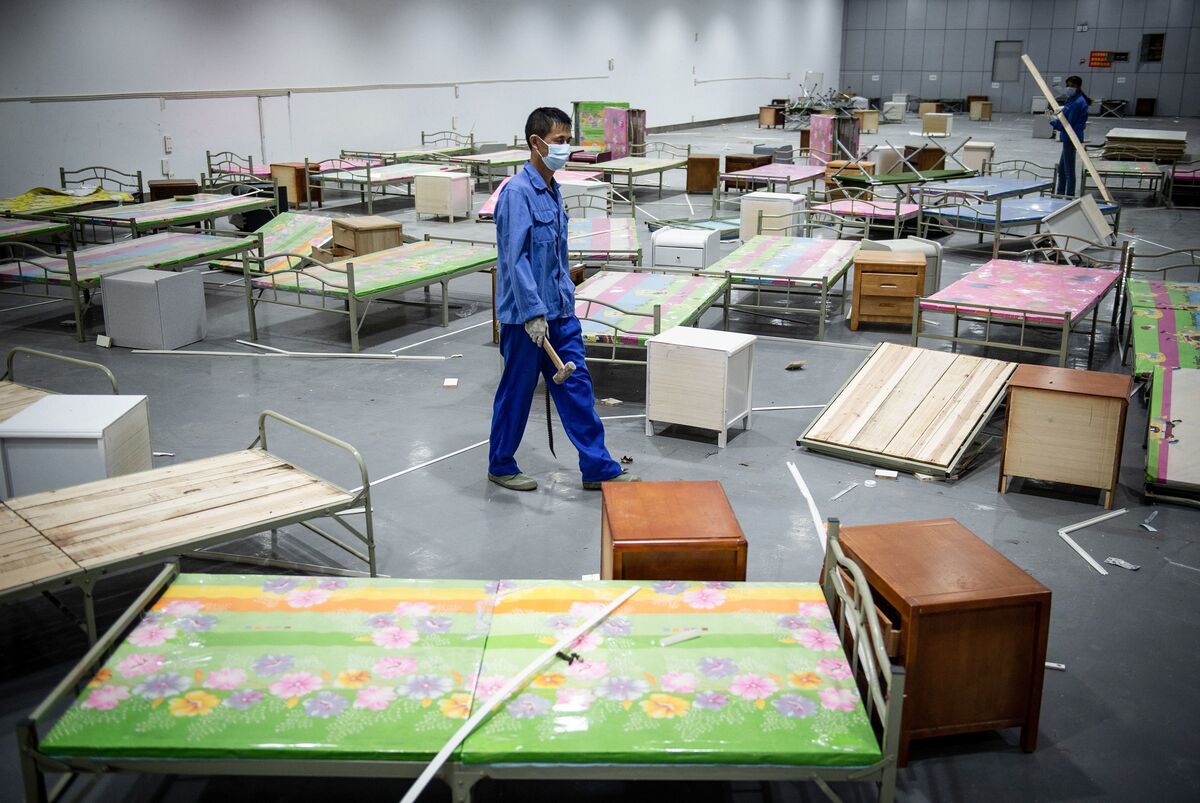