Accessibility links
How Long Do You Need To Be Exposed To A COVID-19 Patient To Be At Risk? : Goats and Soda The conventional wisdom is that it takes 15 minutes of close contact to a contagious person to put you at risk. But even a short exposure could prove problematic.

Coronavirus FAQ: What's The Deal With The '15 Minute Rule'?

Coronavirus FAQ: What's The Deal With The '15 Minute Rule'? 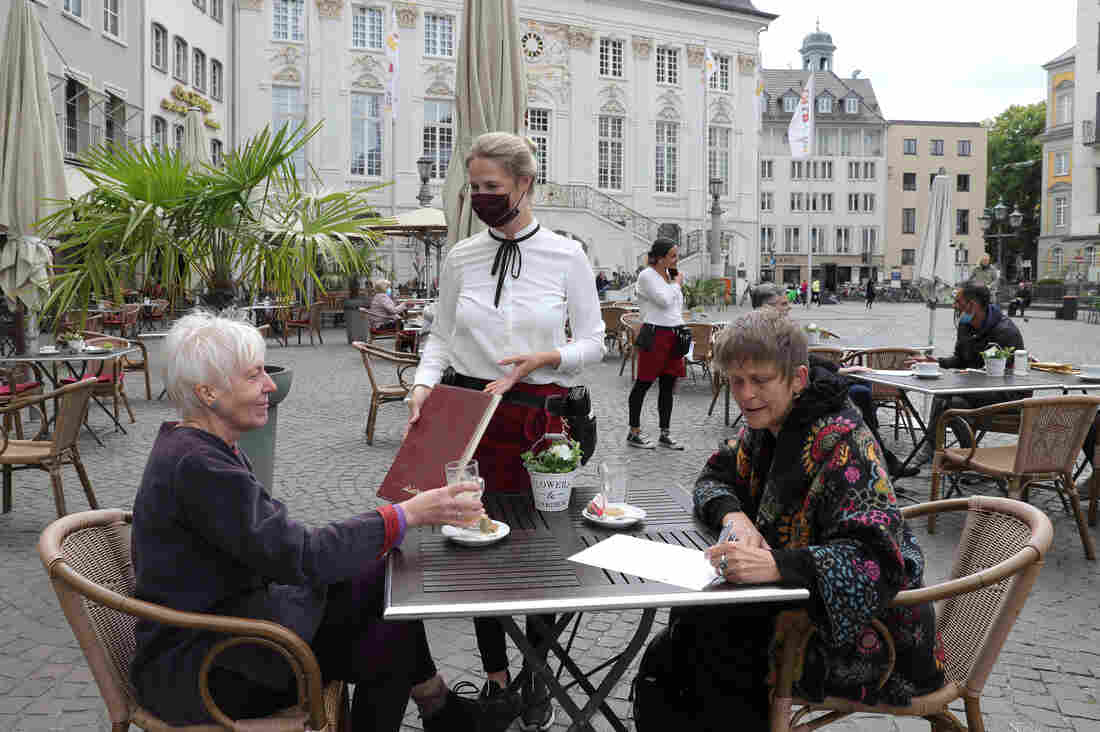 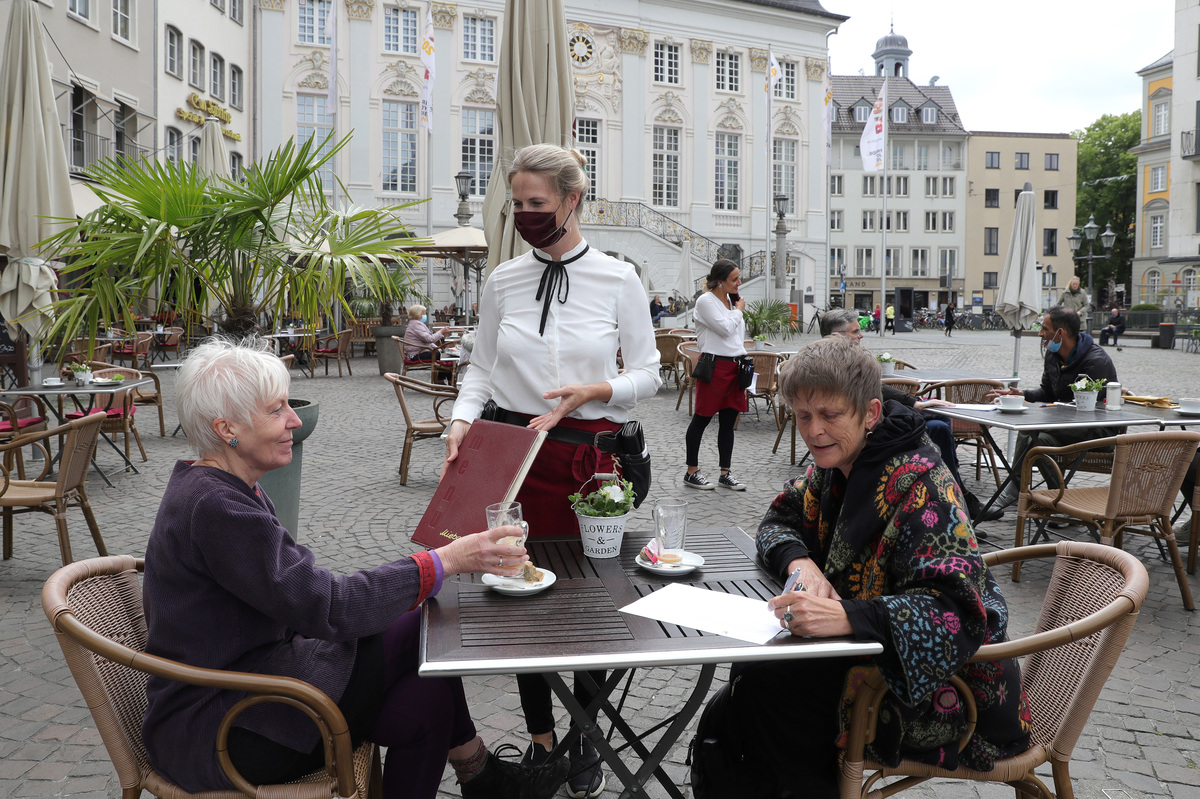 Each week, we answer "frequently asked questions" about life during the coronavirus crisis. If you have a question you'd like us to consider for a future post, email us at goatsandsoda@npr.org with the subject line: "Weekly Coronavirus Questions."

How long do you need to be exposed to someone with COVID-19 before you are at risk for being infected?

The question was brought to the forefront this week after the White House announced it would only perform contact tracing for people who had spent more than 15 minutes within 6 feet of President Trump, who tested positive for the coronavirus on Oct. 1. That "15-minute rule" is the Centers for Disease Control and Prevention's guideline for defining a close contact of an infected person.

Coronavirus FAQ: Folks At Trump-Biden Debate Were Scanned For Fever. Is That Helpful?

But experts say the risk of infection is a lot more nuanced than that guidance might imply.

The 15-minute rule does not necessarily put you at zero risk if your exposure to an infected person was of a shorter duration. "It doesn't mean that you're getting off scot-free, nor does the '6-foot rule,' " says Dr. Joshua Barocas, an infectious disease specialist at Boston University School of Medicine.

"There is no magic number when it comes to distance or duration," says Emily Gurley, an epidemiologist and contact-tracing expert at the Johns Hopkins Bloomberg School of Public Health.

The coronavirus spreads when an infected person releases infectious particles while talking, coughing, singing, sneezing or even just breathing. Some of these particles are released as droplets, which generally fall to the ground within a few feet of the person who exhaled them. That's where the 6-foot guideline comes from – though it's just a guideline, not a shield of impenetrability.

A person can also expel smaller infectious particles that linger in the air for minutes or even hours and travel farther than 6 feet in a room, Barocas notes. In a poorly ventilated, enclosed space, these smaller particles can build up in the air over time. If you're in a crowded room with lots of unmasked people talking, "whether you're [in contact for] 15 minutes or within 6 feet, it may not actually be that important anymore because there's so much virus in the air," Barocas says.

Gurley says in some jurisdictions, contact tracers also look for so-called proximate contacts – people who were in an enclosed room with an infected person at greater than 6 feet away – though they aren't considered close contacts under CDC guidance.

So where did that 15-minute part of the guideline come from? Gurley says it's based on earlier data from China on who was being infected and how infections occurred. "Even when they found lots and lots of very casual, quick contacts, that's not where they saw evidence of transmission," she says.

Instead, she says, infections were occurring when people had "meaningful" amounts of close contact – such as traveling, dining or living together – that had a higher probability of resulting in transmission. She says the 15-minute guideline is a way to help contact tracers quantify which types of interactions were long enough to be meaningful in this context.

But again, it's just a guideline, not a hard and fast rule. "We don't have strong evidence for exactly what the right distance or the right duration is, or else we'd use that," Gurley says.

And lots of variables can affect the risk of infection from close interactions, experts say.

"Certainly, if you're in very close contact with somebody who's shedding a lot of virus, and you happen to get a droplet on your hand and then wipe your nose, that could take far less than 15 minutes" to infect you, says Angela Rasmussen, a virologist at Columbia University Mailman School of Public Health.

How you interacted also matters a great deal, Barocas says. For example, was the infected person coughing? Was the person wearing a mask, which can help contain a lot of the infectious particles someone might be breathing out? Were you indoors or outdoors, where airflow would quickly disperse any infectious particles the person might have exhaled? How infectious was the person at the time of interaction? (Studies have shown that people with the coronavirus are most infectious just before and in the first few days after they start to show symptoms.) If an infected person were to cough on you while walking past, that would constitute a high-risk interaction – even if it was brief, he says.

"All of those [factors] go into what I would think of as a combined likelihood or combined probability" of getting infected, Barocas says.

Conversely, not every type of lengthy interaction is equally risky, he says. Talking outdoors on the beach on a windy day for longer than 15 minutes with someone who is asymptomatic at the time is going to be less of a risk, he says.

While indoor settings are generally higher risk than outdoor ones, the context is key, Rasmussen says. An indoor bar where people are drinking, which requires unmasking, and possibly shouting to be heard over loud music (thus emitting more particles as they talk) is going to be riskier than a trip to a hair salon where everyone is masked and only a limited number of clients are in the room at the same time.

"I finally got my first pandemic haircut a couple of weeks ago," Rasmussen notes. "And I was there for two hours." But she wouldn't dine indoors, she says, because you can't eat while wearing a mask.

Rasmussen says because so many variables can influence the risk of transmission, it's important to focus on doing all the things we know can reduce the risk of infection – wearing a mask, washing your hands, keeping your distance, trying to keep interactions outdoors as much as possible, avoiding crowds and poorly ventilated spaces. You might not always be able to do all of these things all of the time, she says – but the more of them you can do at once, the more you'll reduce your risk of infection.