Accessibility links
Nobel Peace Prize Elicits 'Woweee' From WFP Dog Mascot : Goats and Soda The U.N. World Food Programme has a canine mascot named Foxtrot. Reports are that the pooch is rolling over with joy at the news of the prize. 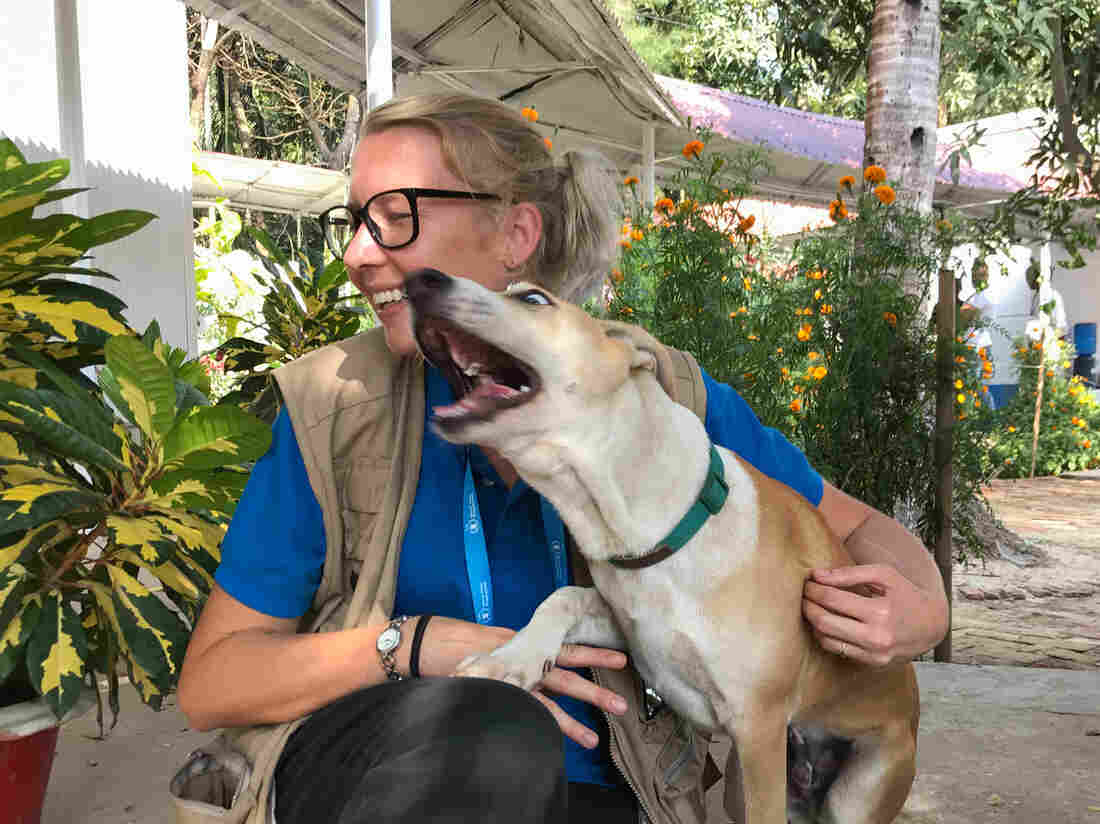 Foxtrot and Gemma Snowdon of the U.N. World Food Programme, who rescued the pooch as a 4-week-old puppy. Foxtrot's reaction to the Nobel Peace Prize: "Woweee." Jason Beaubien/NPR hide caption 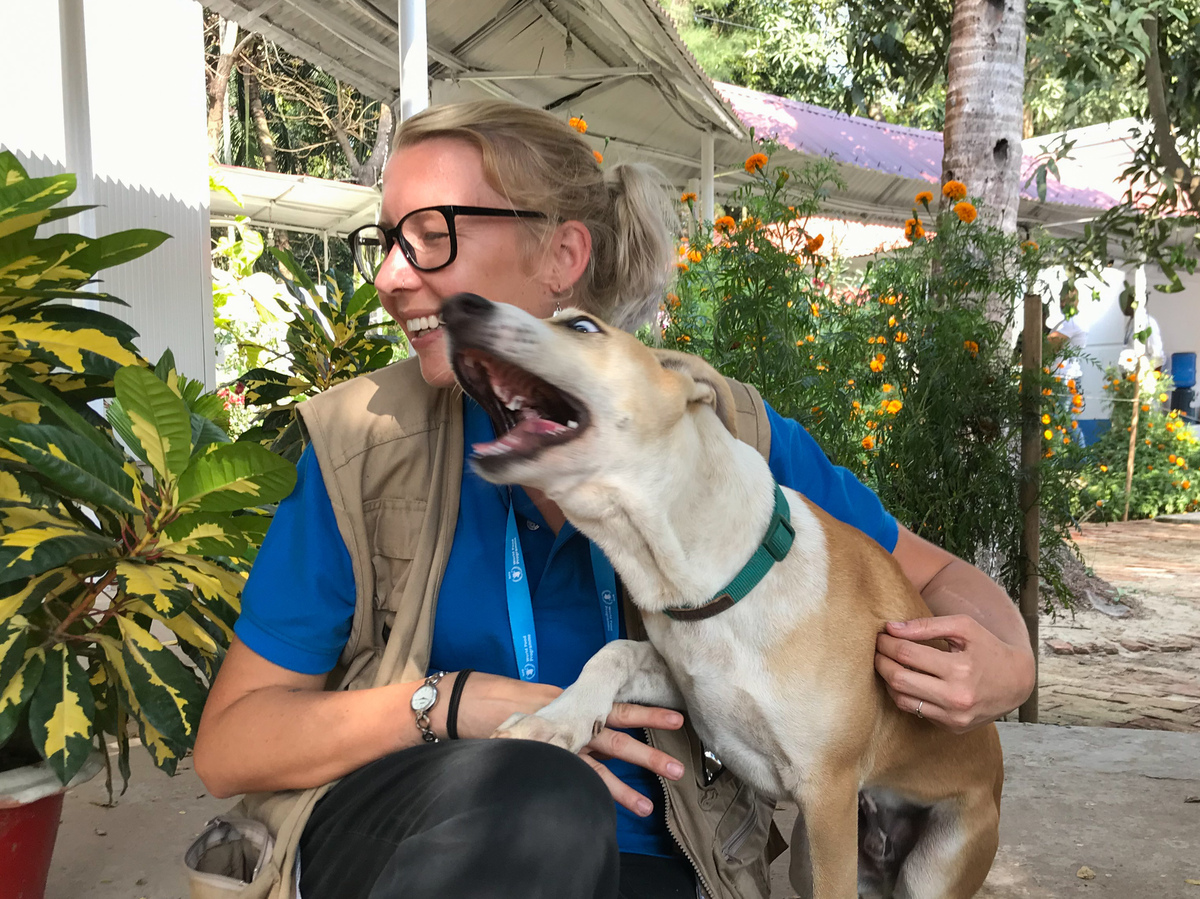 Foxtrot and Gemma Snowdon of the U.N. World Food Programme, who rescued the pooch as a 4-week-old puppy. Foxtrot's reaction to the Nobel Peace Prize: "Woweee."

This year's Nobel Peace Prize has been given to the U.N. World Food Programme for its efforts to fight hunger and to prevent the use of starvation as a weapon of war.

But did you know that the World Food Programme has a canine mascot named Foxtrot?

He was all over Instagram on Friday expressing his excitement about snagging a Nobel. "Woweee," he said capturing the magnitude of the award with a brevity rare among winners in the science categories. His reaction was also more succinct than the head of the World Food Programme, David Beasley, who said, "Holy mackerel. It's the first time in my life I've been without words."

The World Food Programme is one of the largest aid organizations in the world. It does a lot of serious stuff. Much of its work gets overlooked by many humans but not by Foxtrot or Berit Reiss-Andersen, chair of the Norwegian Nobel Committee.

"With this year's award, the Norwegian Nobel Committee wishes to turn the eyes of the world towards the millions of people who suffer from or face the threat of hunger," Reiss-Andersen said from Oslo. "The World Food Programme plays a key role in multilateral cooperation on making food security an instrument of peace and has made a strong contribution toward mobilizing U.N. member states to combat the use of hunger as a weapon of war and conflict."

Foxtrot put it more simply: "Without a doubt ... hunger is a cause and effect of conflict."

The World Food Programme is known for dropping bags of grain out of planes in the midst of famines and airlifting tons of rice to villages destroyed by typhoons. But the work of the organization goes far beyond food. In Foxtrot's backyard in Bangladesh, the organization literally moved mountains, flattening hillsides to make space for shelters for Rohingya refugees. Day in and day out, it supports long-term nutrition programs, including subsidizing local farmers and markets.

"Thank you so much for all your support," Foxtrot howled Friday on his social media feed, "and for joining me and my colleagues in doing everything we can to keep food on families' tables as we work toward a more peaceful and inclusive world."

Here's a profile of Foxtrot and his work in the Cox's Bazar office of the World Food Programme that NPR published in April 2019.